The winter was long. It will probably still be for some time for people to remember this one. Even if it was not the longest or coldest winter in history. Somebody remember the last Ice Age? It lasted way longer than one season. 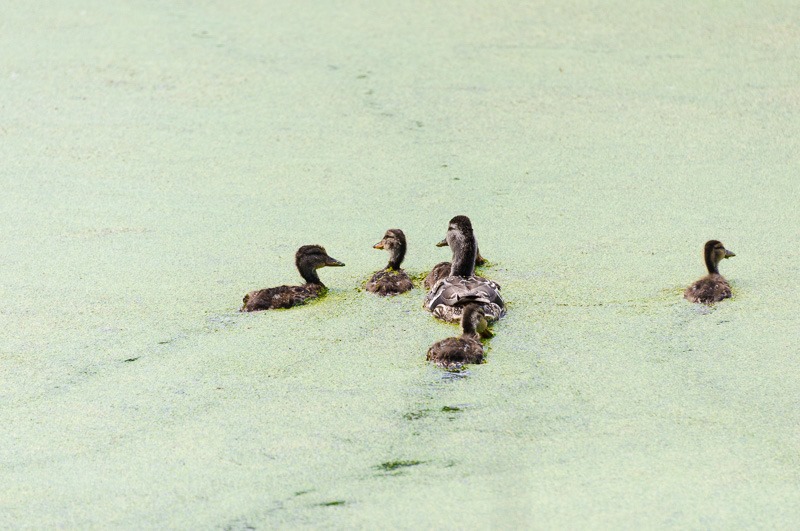 But after any winter, there is a renewal of life, a renewal of colour, of energy. So here is my take on this renewal.

For the last few years I have chased the eggs and the resulting fluff balls we call gosling. This year I have resisted. You can only have so many of those pictures in your collection. On top of that, it is a renewal of a cycle, with the same, copied, duplicated etc. In other words, however cute the gosling look when extremely young, they all look the same. 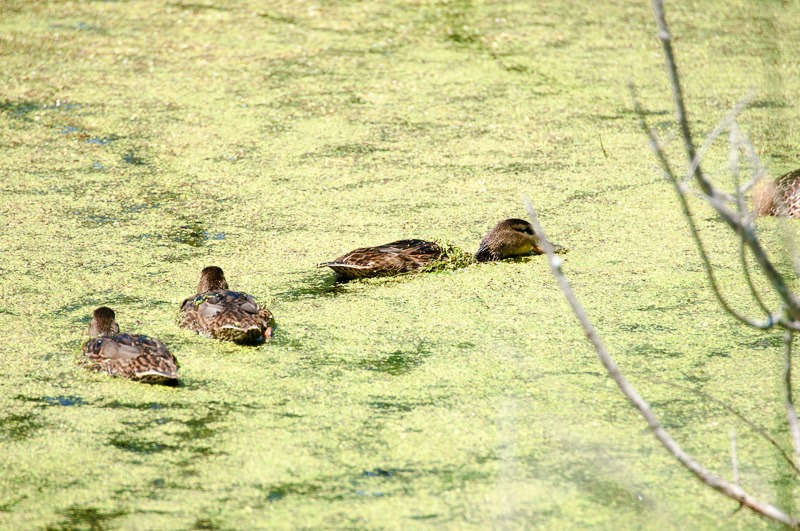 Slobbering up as much as possible

Even more, if you look back in a few years (say 15…) you will see that all those pictures effectively look the same too.

So no fluff balls for me this year.

But there is more to photograph in spring and early summer than gosling. This year made us all wait a few weeks longer, true, but most of the animals did succeed in reproducing and creating new life. 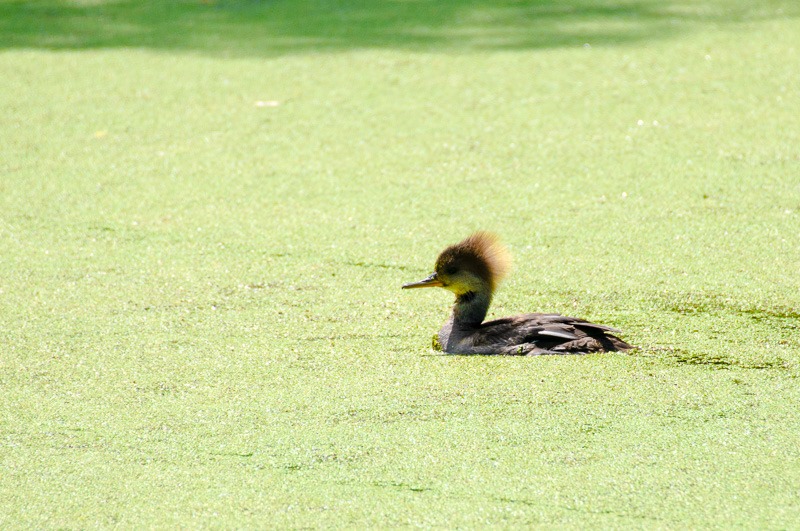 So while I tried to “ignore” the gosling, a lot of other juveniles showed their faces. Above a juvenile merganser (as far as I can tell with my limited knowledge) was a nice surprise. At first I thought it was a simple Mallard duck with a bad hairdo, but then I noticed that the feathers were supposed to be like this 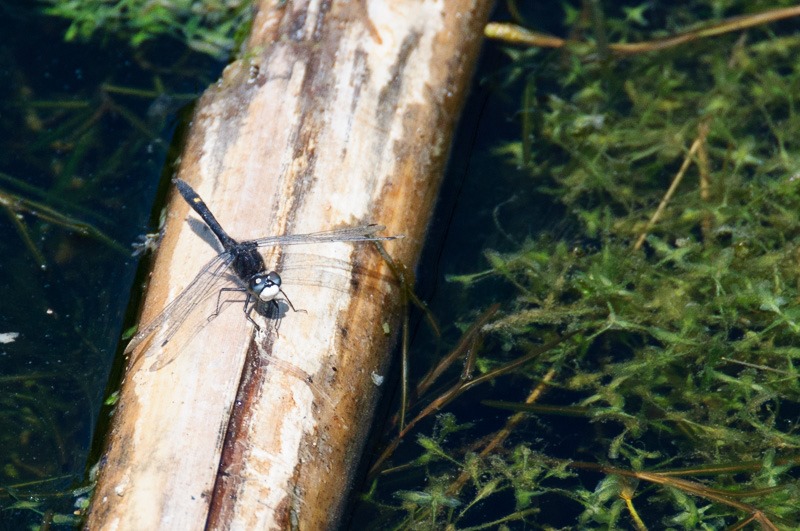 Then I started to look closer to everything around me, while trying to ignore the overly thirsty mosquitoes. Dragonflies galore in Fort Whyte Alive, you just need a good reflex to shoot them in the 0.45 seconds they remain still in one place. 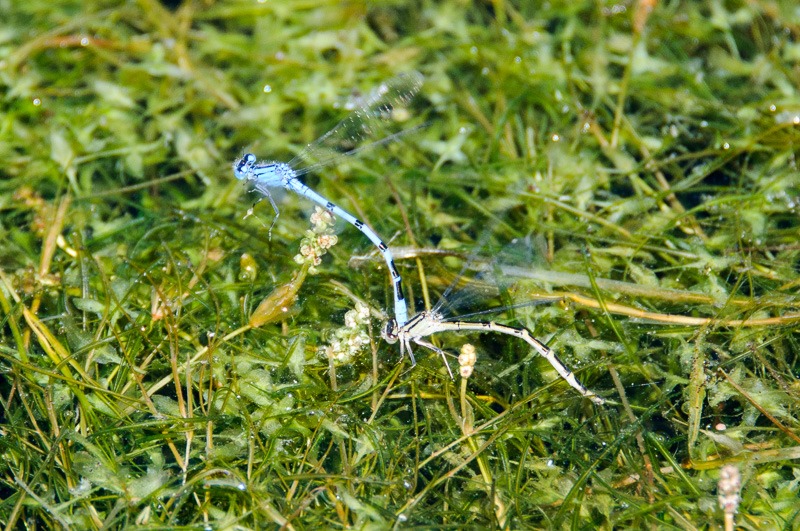 Sucking up the colour

Damselflies seem to be after each others’ colours. The thought “You robbed my colour!” comes to mind here. They were mating just above the water surface, all the vegetation as a “background” was unavoidable. 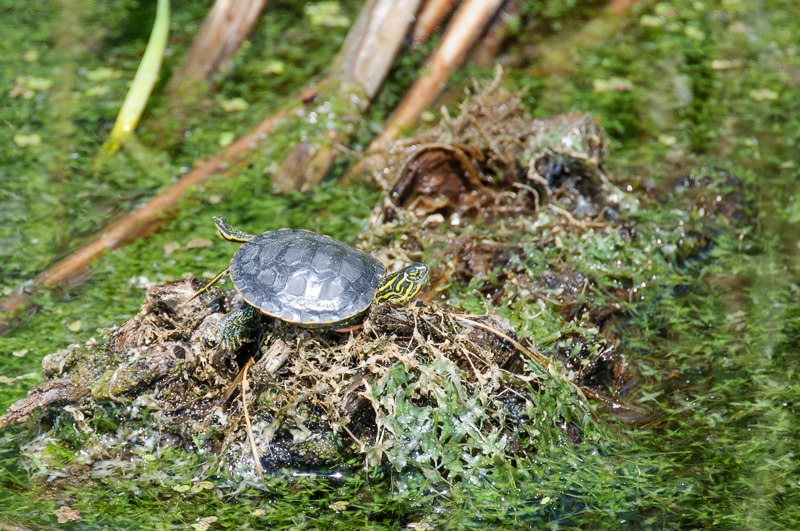 Then I saw a juvenile Painted Turtle. This one was barely 4 cm big and enjoying the afternoon sun. Stretching his/her legs, so to speak.

After that I decided to walk a little further, the wind was quite strong, so shooting dragonflies sitting quietly on any vegetation was a no go. Then I spotted something strange in the water of a different basin in FWA. 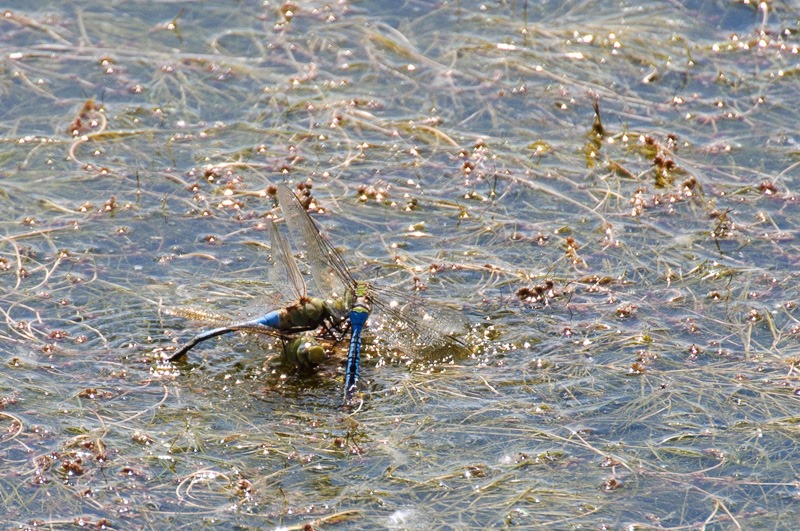 Three is a crowd

A patch of water looked alive and “something” was stirring the surface. As it turned out on my monitor, there were two mating dragonflies, with a third intruder trying to steal the bride. The two males fought it off a few minutes later and the bride was again taken apart by the lucky groom. The colours of these dragonflies is amazing to me, I have never seen any of them so abruptly coloured. 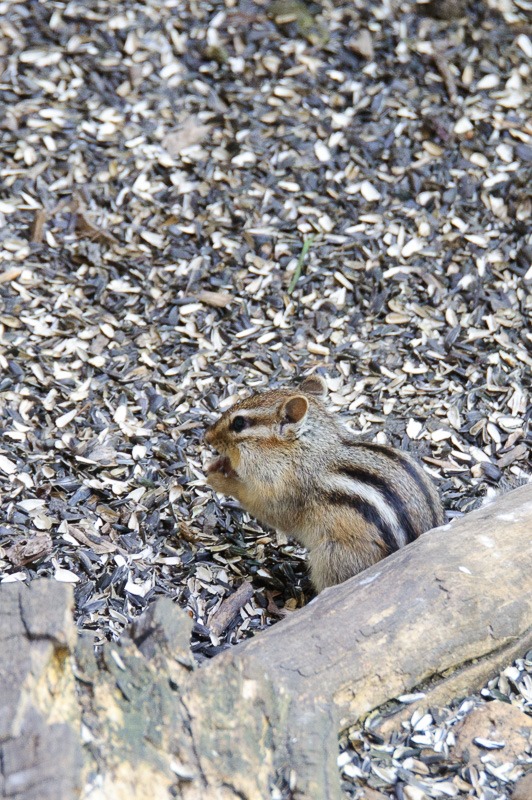 Then it was time to go back home to work and the last shot was of a young chipmunk, eating what was dropped by the birds on the feeder above. As far as I can see, this young fellow will have a prosperous life, as the birds don’t care if they eat one seed and drop ten in the process. Table manners are not required.

So even without the gosling it is very visible that the renewal of life is a fact. We will be able to enjoy the antics of the squirrels and the colours of the dragonflies for a few more months.

Let’s make the best of it and share the pictures.