In North America we mostly know the name Old Dutch for its potato related products. However, it is not as old as the real Old Dutch in the Netherlands. A few months ago we went to Holland on a short holiday. Way too short, as usual. 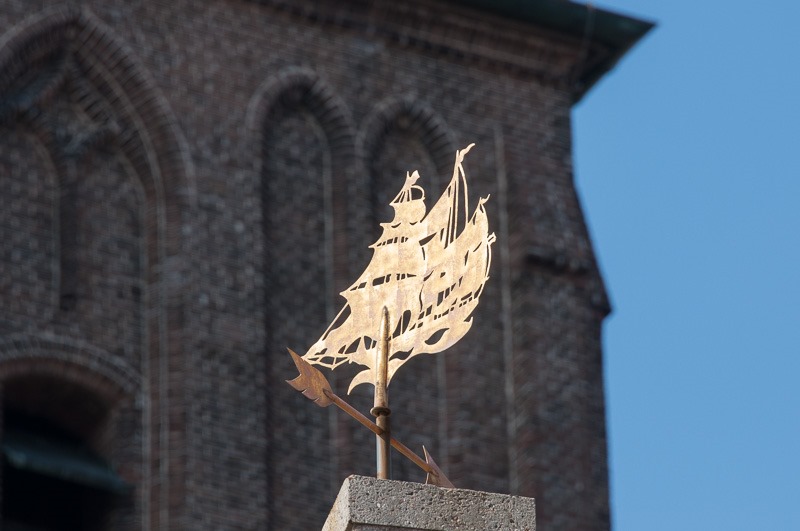 We had the good chance to go to a small city called Harlingen in the north of the country in the province of Friesland. Friesland has a rich, long history of its own about which I will blog another time.

In the old days, some 1000 years ago, this territory was all we had. Villages were fighting each other for space and wealth. Wealth was mostly a question of farm animals and some silverware. Nothing much by today’s standards of wealth. 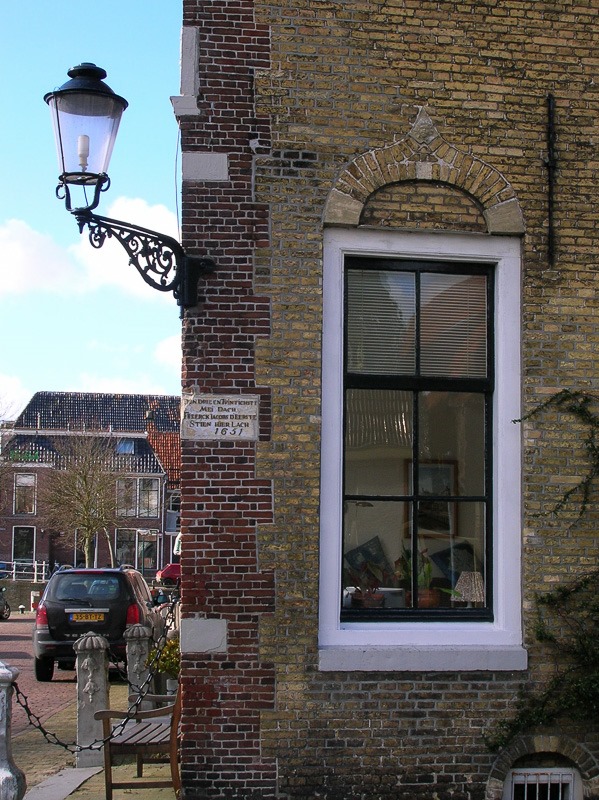 First stone of this house was laid in 1651

Becoming a city by acquiring “city rights” was a much sought after privilege for a community. As a city you could charge taxes and more important, defend yourself against intruders by means of canals and weapons other than a few sticks and pitch forks. Harlingen was a place founded by monks in 1157. It was located near the sea and thus became quickly very important for the rest of the north country. 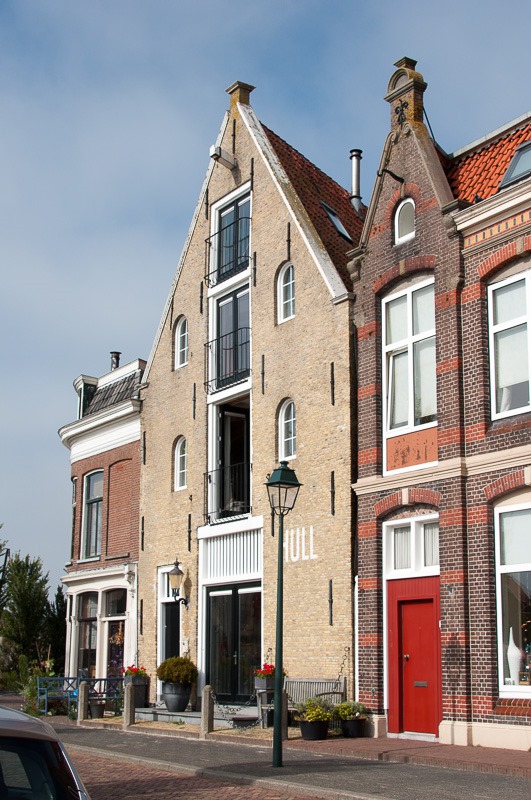 In 1234AD it acquired the famous City Rights and was thus one of the first cities of the region. It is also older as a city than the current capital of the province, Leeuwarden who got them in 1435. There was a constant rivalry between the cities and the country. Also, outsiders tried to get a hold in the province by attacking the different cities, giving birth to legends in the province about enormously tall persons and so on.

All in all, the province is full of history and stories, more about them another day 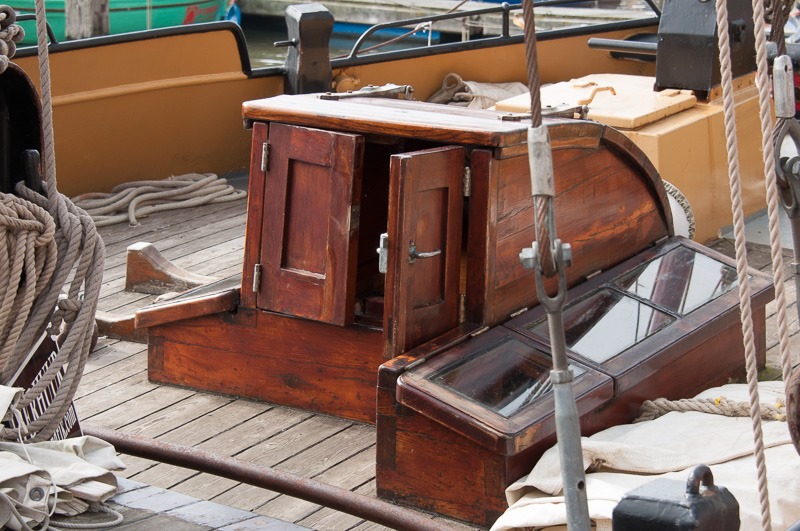 Over time, the harbour silted over and was re-excavated for better use. Wooden houses were replaced by stone houses. Also the merchant harbour inside the city became too small for the ever growing ships. A new harbour was dug outside of the city, leaving the city centre mostly without any activity. 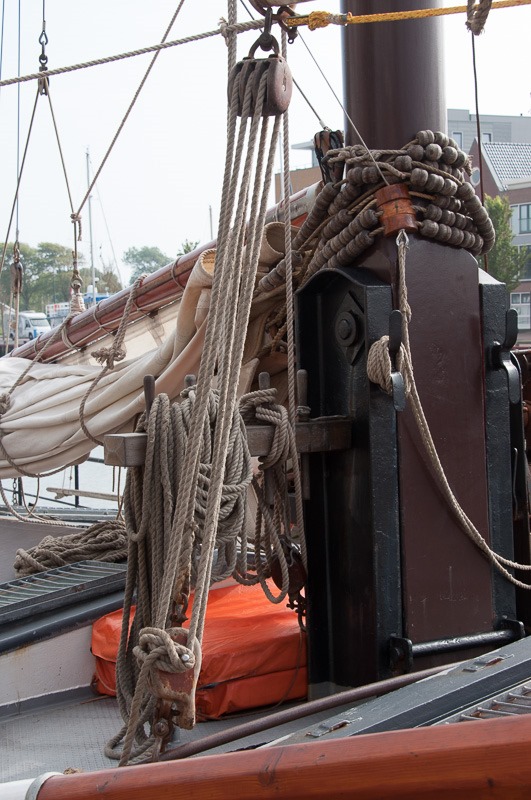 Decay set in and in the beginning of the 20th century a great effort was made to restore the city centre and its historical buildings to their former glory. The harbour never recovered as a merchant harbour, but in the second half of the 20th century gained traction as a yachting harbour for smaller yachts and pleasance ships.

Some boat owners still had boats of a far older period and some started to restore them as well. 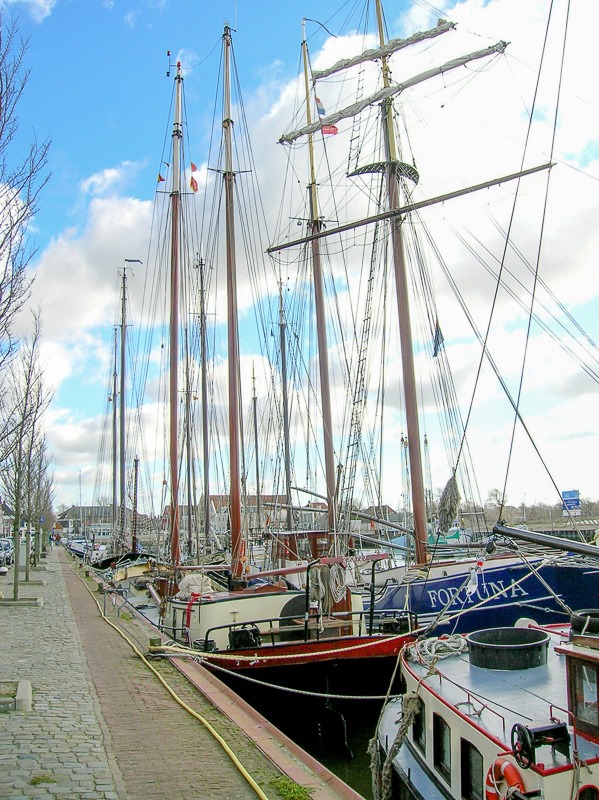 Old and mot so old tied together

The result is that today you can go into the city with your car, park it on a 500 year old quay and walk among ships of a few hundred years old. It’s Onedin Line all over again. The buildings have been restructured on the inside, reinforced foundations now make sure the houses do not topple over anymore. Everything is safe, even if weathered with moss. 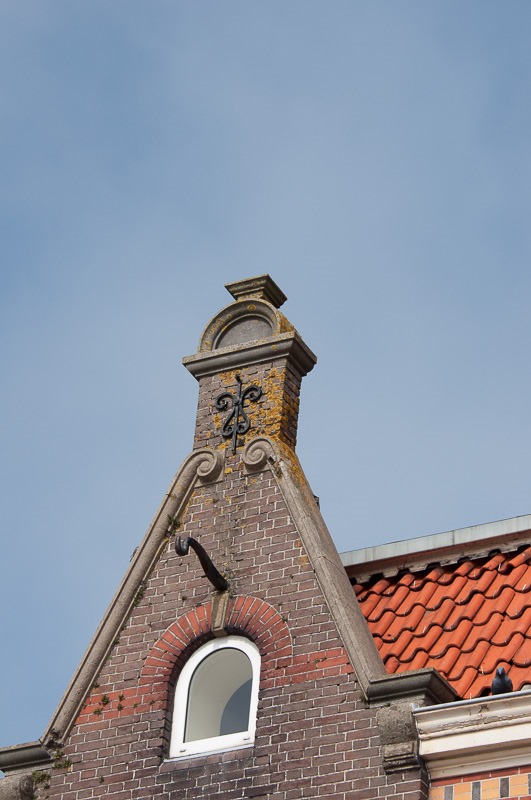 Hook for hauling in merchandise

On a sunny afternoon it is a real pleasure to walk among history. Something we rarely get to appreciate in North America, where “historical” often is limited to 150-200 years. Walking in the Manitoba Museum on the Nonsuch can be done in Harlingen in the open air. And on working ships. If you are lucky and financially sound, you may even get the chance to go out to sea on one of those ships. 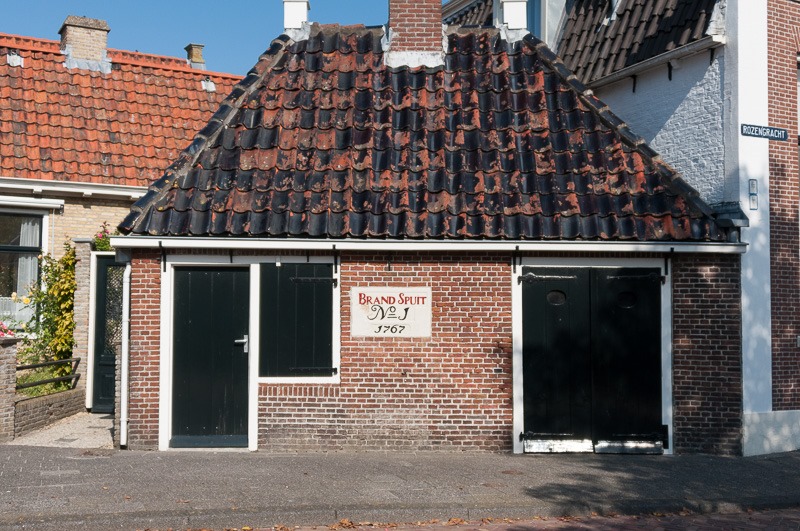 With the growing city also grew the need for protection against fire. Fire in a city was often the death of it as well. This fire station of 1676 has saved the city a number of times from disappearing. 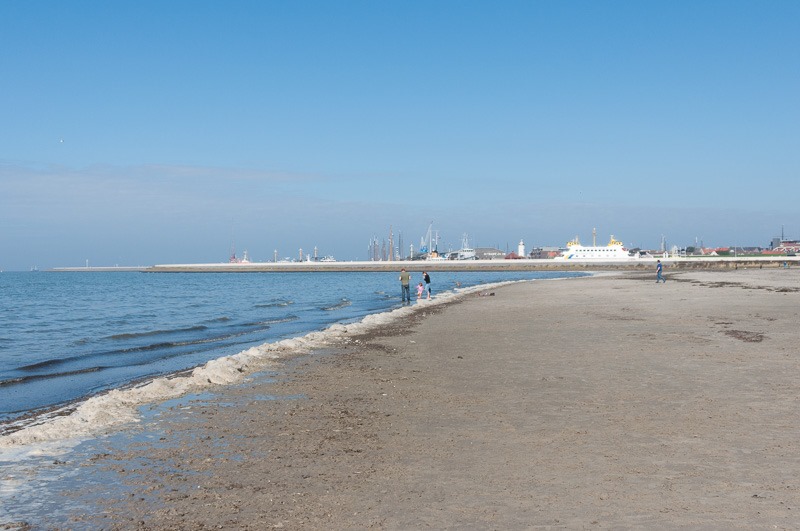 When you say “sea side” and “harbour” you can also say “beach”. Harlingen has some beaches, here is one of them. The climate does not always agree with the wishes of the public, true. But when the weather is nice, the beach is a good place for a walk in the breeze. 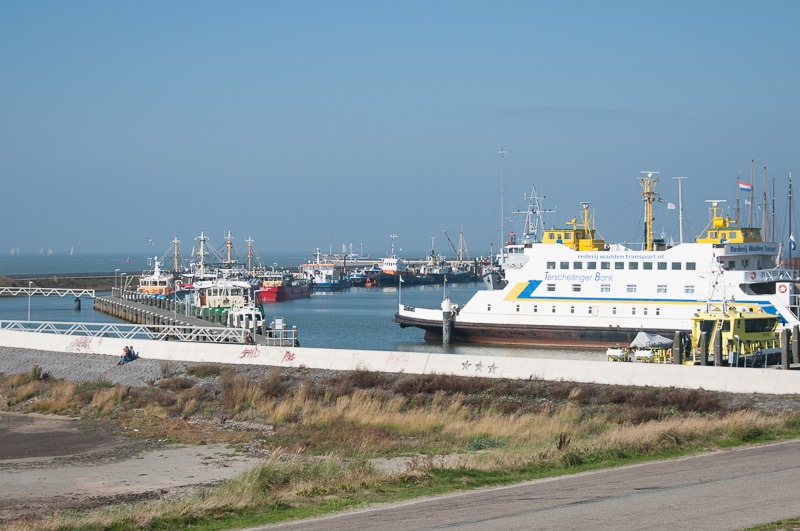 The ferry to Terschelling, one of the Wadden Islands not far out

Next to the beach is now a harbour used for bigger ships and ferries to the islands not far off the shore. The ferry will bring you to Terschelling or Vlieland, two of the Wadden Islands a few kilometres out in the Wadden Sea. The other side of the same islands is the North Sea. 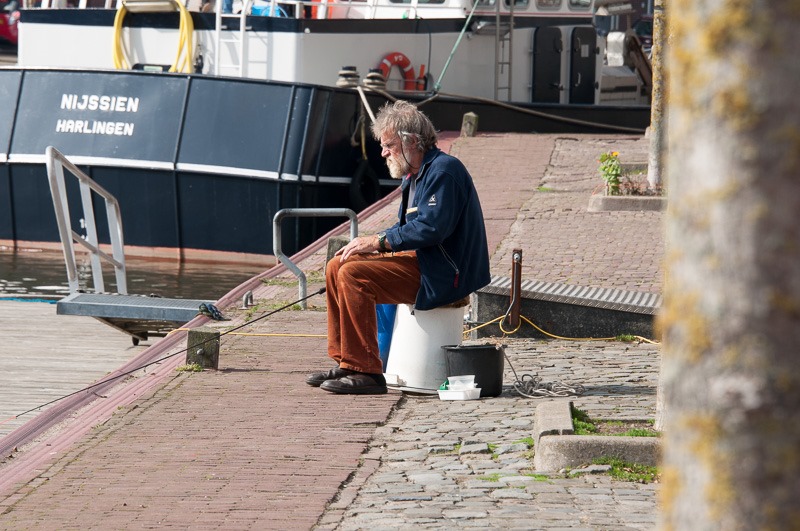 Over time, Harlingen has earned its rights to have weather vanes of gold, as seen in the lead picture of this post. And fishing in the harbour for your dinner is the most enjoyable pastime for a sunny afternoon.

If you ever go to the province of Friesland, you should not forget to visit Harlingen and enjoy its historical environment, you’ll come back a different person.