Once I have good subject matter, I tend to go overboard with it. Not to take a plunge, but more in the sense of boring people with “always the same”. Even on this blog you can see that there are periods of “more or less the same” type of posts. It just comes and goes with the seasons. It’s hard to find sunny, beach-ey pictures in winter. 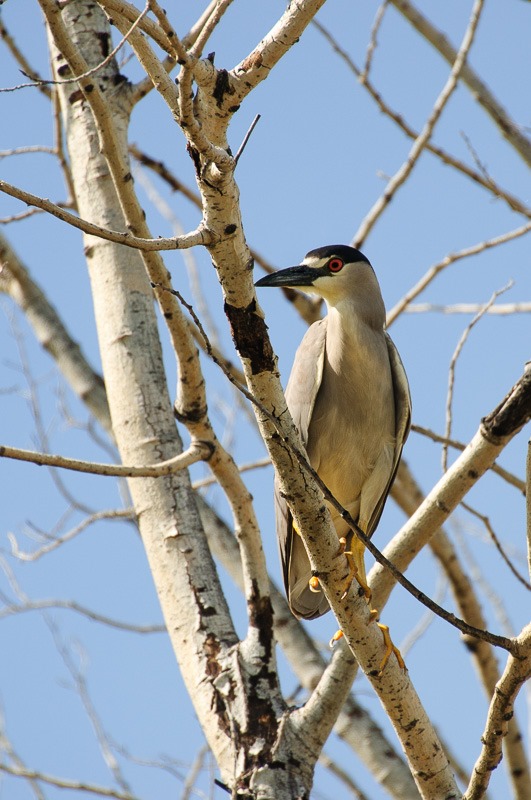 One subject that is always possible is birds. While in winter they seem to be limited to a few species, in spring there is an explosion of species, subspecies and other distinctions of birds here in Manitoba. However, the real concentration of species lasts only for two to three weeks, then all the birds disperse to their respective homelands.

So for now, this is the main subject of the blog: birds

. Usually the birds I present are found in Fort Whyte Alive or at Oak Hammock Marsh… Recently I have discovered (with the help of a friend) a bird-rich place called the Shoal Lakes, about 50-70km north of Winnipeg, accessible through unpaved roads only. 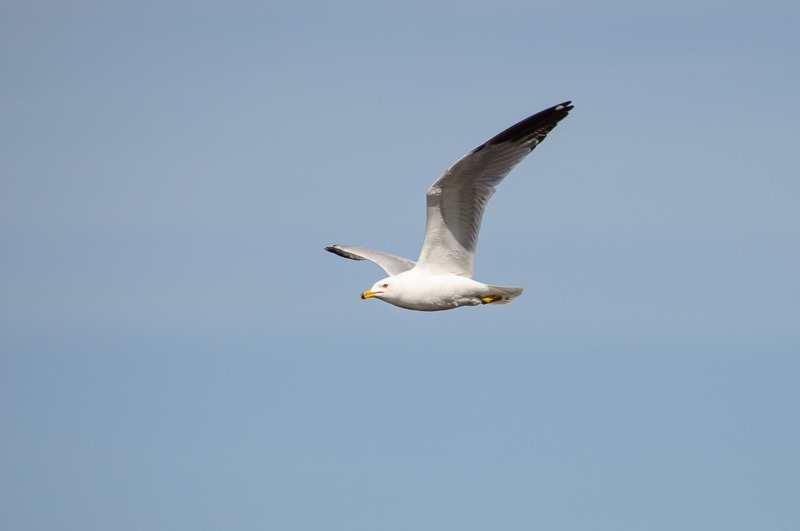 Only three weeks ago much of these lakes was still frozen, but now all ice is gone. The dusty roads are mostly used by fishermen trying their luck on the lakes. The birds, however are the ones that really appreciate the lake and all its fish. The above Ring Billed Gull is one of the first fishers to come back to the lakes. 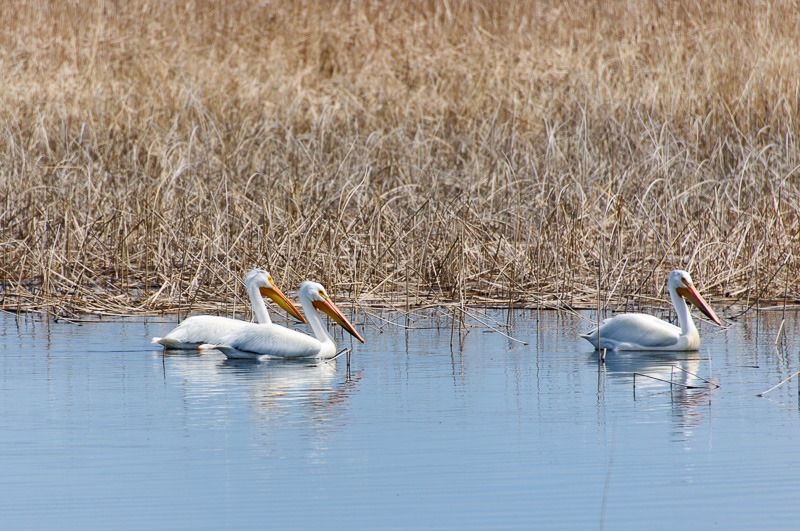 White Pelicans can fish here and get kilos of fish every day, while the humans with their fishing hooks can only hope for one or two nice catches during the day. So guess who’s the pro fisher here? 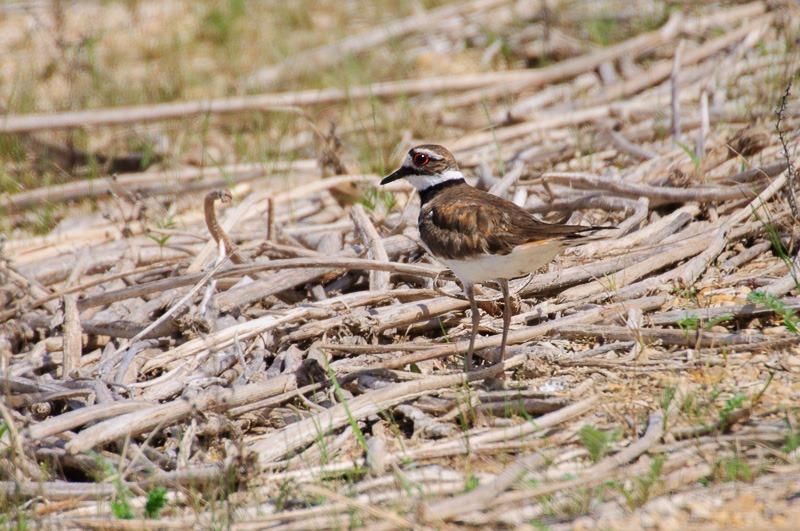 Most of the birds at Shoal Lake are afraid of humans. If they even see a human form far away, they try to move farther, to the other side of the lake, if they could. Even the pelicans move away, although I have no idea if they have ever been hunted. The above Killdeer, on the other hand, will try to coax you into following her. She pretends to have a broken wing or to have some other weakness. That may lead you into thinking she’s easy food. Once you are far enough away from the nest, she will miraculously be cured and fly away. Leaving you with an empty stomach, or in my case with an empty memory card. 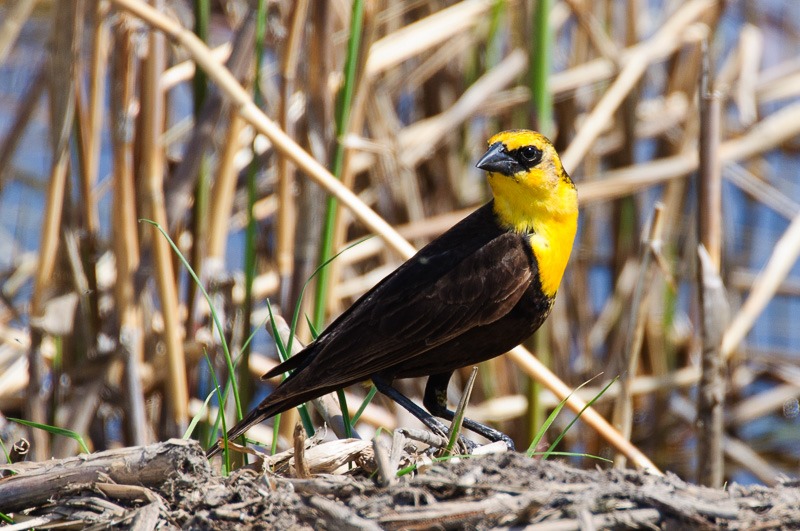 In the same environment of reeds, stones and water you can find the Yellow-headed Blackbird. While I thought that blackbirds should be black and black only, they mostly only look black, with lots of added colours to throw me off. This male Yellow Headed Blackbird was looking at me as if to dare me to come closer. Which I did, from 100mm to 300mm and I got a close-up as a reward. 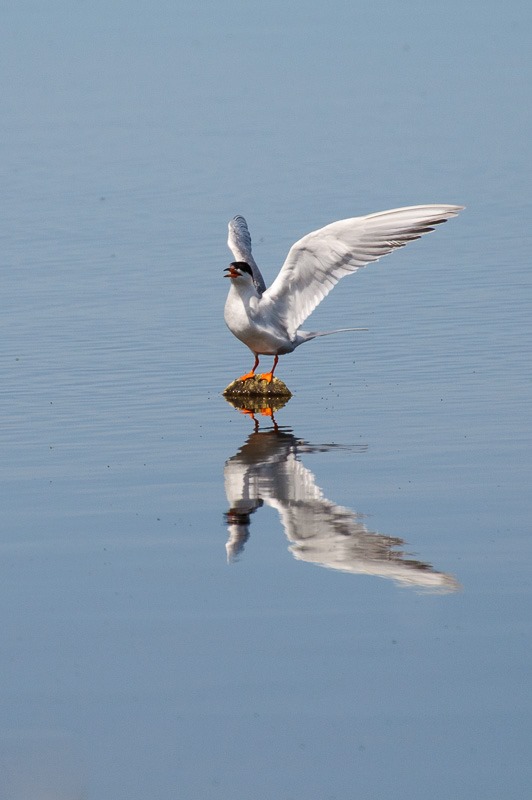 Terns seem to come in two varieties: Common White and Black. Both are present at the Shoal Lakes. This white Common Tern liked to show off and make me enjoy his SQUEEK song, the black one at first looked like a simple blackbird. Being black and all. 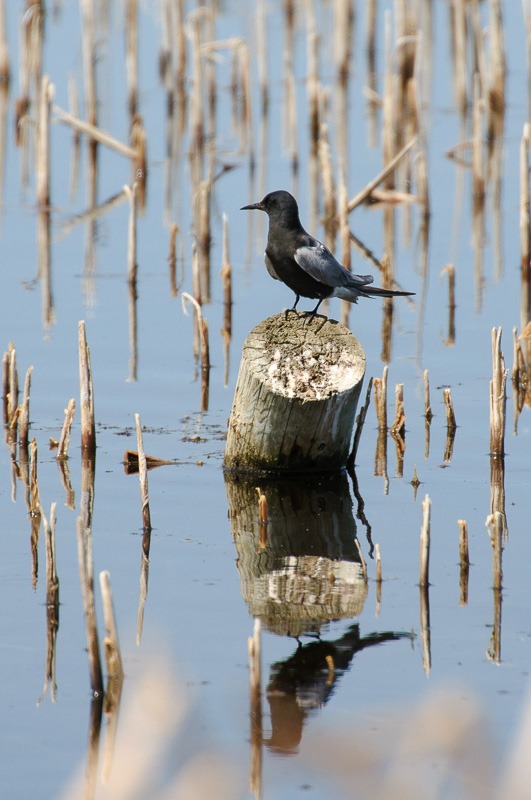 After a closer look (that 300mm does come in handy!

) the Black Tern is not as black as its name suggests. This bird looks really formal in its black and grey suit. It was a pity that I couldn’t get a little catch light in the eye. Even my flash with a Better Beamer was not enough to light it. 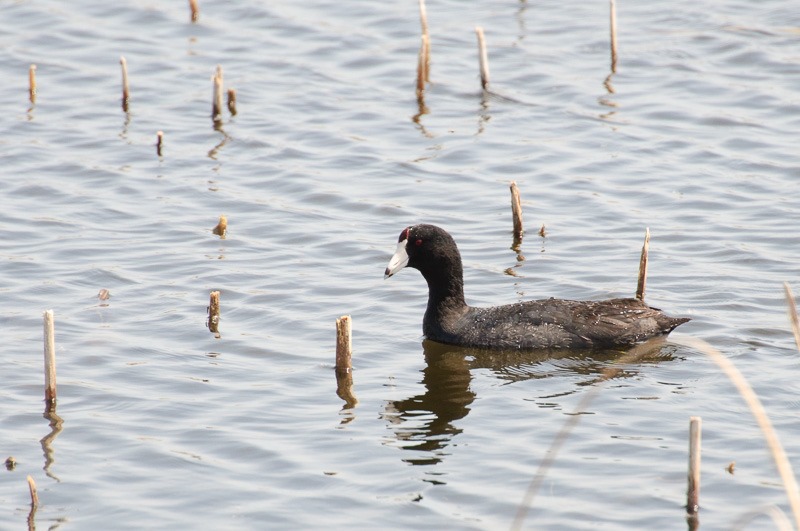 Coots were all over the place, but with a preference for water with reeds in it. It must still be a bit early in the season for them since there are not many fresh reeds in the water yet. The cold and long winter we had this year will almost certainly take its toll on the newborns and the adults. Winter stayed here for way longer than their internal clocks would have liked. Now all the birds must be in a rush to create the next generation or simply abandon that part for this year. Only time will tell. 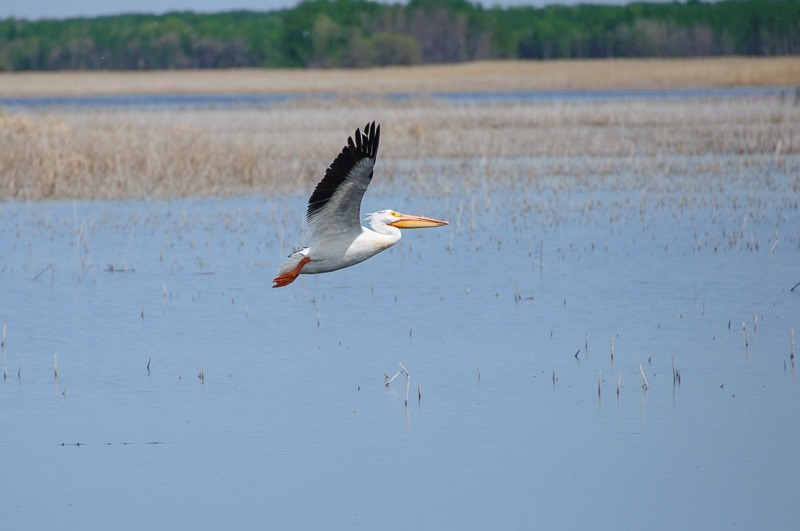 But like I said, many birds don’t like to be around humans, or have humans around, so they fly away. The tiny birds are still out of reach to me, but the bigger ones are always a pleasure to shoot in flight. The easiest one being the American White Pelican, with its wingspan of nearly 3 metres. It is not going to flap those wings at a rate of 20 or 30 times per minute. An easy photographical target 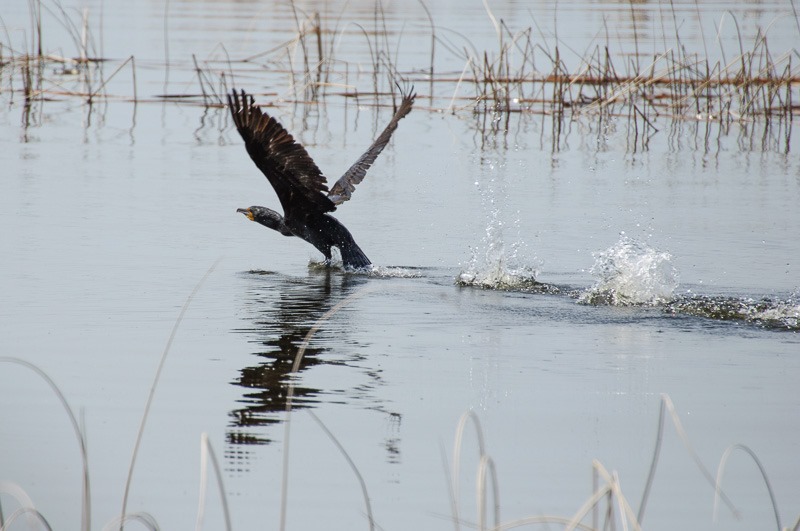 Then there are the Cormorants. These guys don’t like people at all. Even being inside my car where they couldn’t recognize me. As soon as the car stopped (I don’t shoot and drive), these cormorants took off. The shine on the wings is mostly water, when they float, they are pretty deep in the water, like a heavily loaded boat. 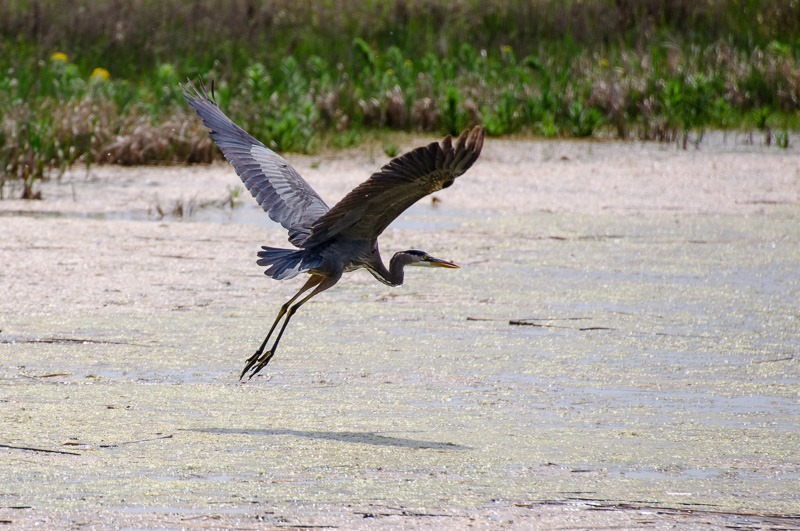 The most daunting nervous bird for me was the Great Blue Heron. Even a car slowing down was enough to make it fly away, leaving me scrambling to stop the car, get the camera, aim, focus and shoot within a second or two. After that the bird was almost always too far away to get a decent shot. It must not like paparazzi.

These are only a few birds from the single morning I was at the Shoal Lakes. If you want to go there yourself, take Highway 416, it leads you straight to the lake. Into it as well, if the water rises another 5 cm. The road is marked as closed and in some places it is easy to understand why.