When people think of Manitoba or even Canada in general, all they can think of is snow, ice, Santa Claus and a few more pretty frozen ideas. Cocktails with ice and ice-cool beer are not part of those thoughts. Birds are also on a very short list. However, Manitoba, being one of the central areas in North America inherits birds from all directions, with many species overlapping in this area. 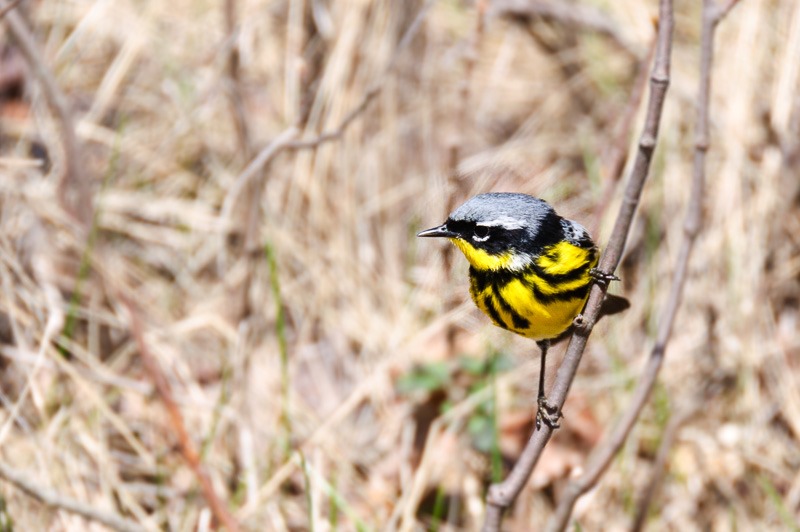 That makes Manitoba a birder’s paradise. This post reflects a single lunch break, and even I have omitted pictures of birds that were not showable. It’s ok to show off that you can take pictures, not so ok to show that the birds were faster than the photographer

A few photographers confirmed that they have a lot of fluff balls and empty branches on their memory cards when they come home. They probably delete them right away, just like me 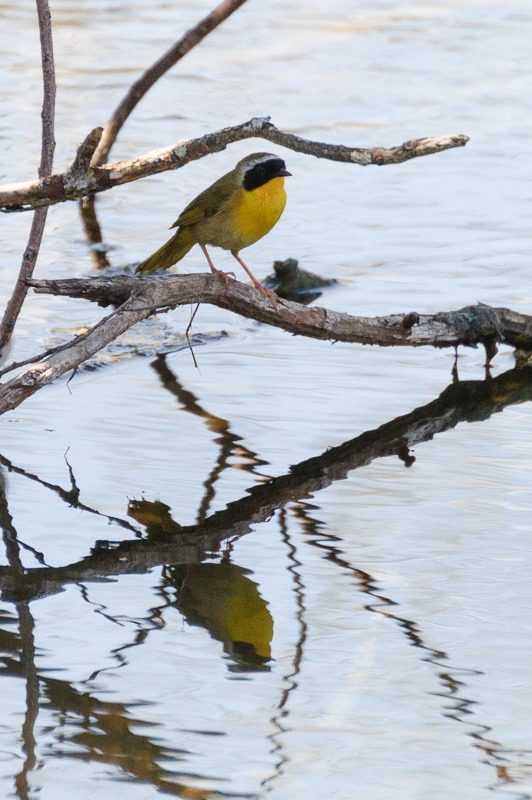 So why is Manitoba so special? Well, for one, it is a pretty “empty” place. The prairies are flat (they remind me of my native province in Holland). You get the horizon from one end to the other, with nigh an interruption by trees. 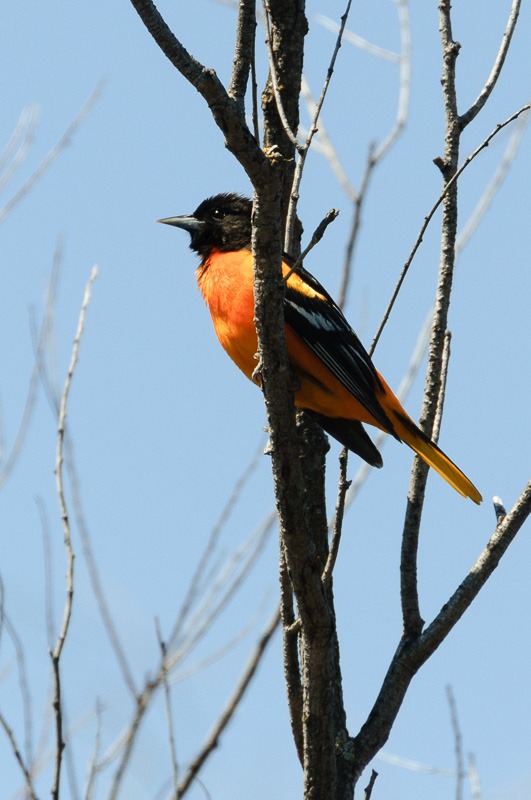 Where you do get trees and perhaps some water, that is where the interesting things will start. Birds are always looking for water, just like humans. They don’t pollute it though, their next generations would find that same water just as refreshing, unlike humans. 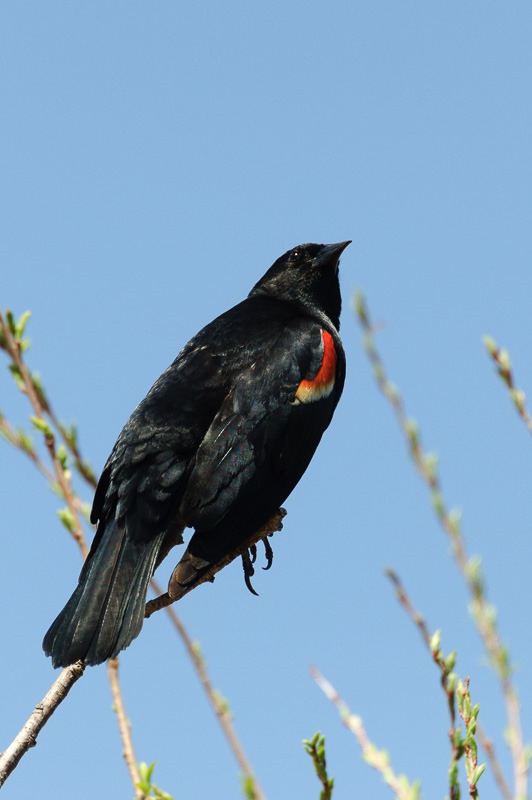 When you have the good fortune to have water, marshland, trees and more within a distance of 10 kilometres of the house, you can have a very interesting lunchtime. Some of the birds in this post are very common, the Red-winged Blackbird can be found mostly anywhere where reeds and water is, others are a bit less common to find. 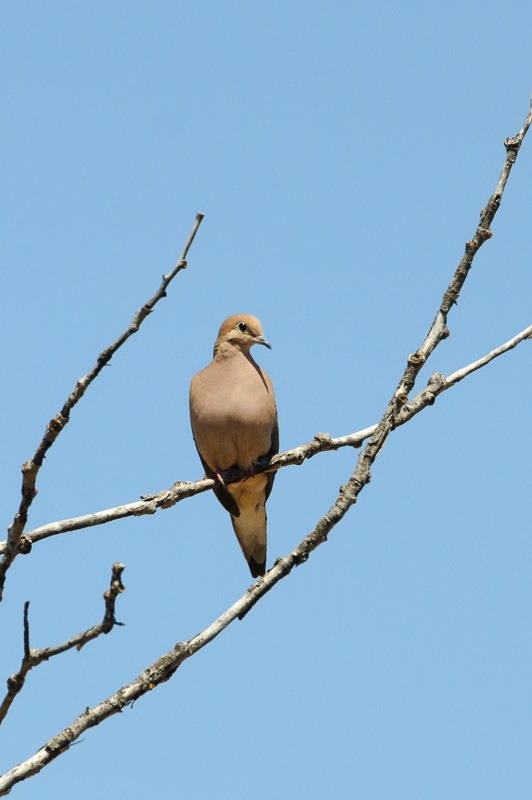 At least during lunch hour

. Close to the house/office lies Fort Whyte Alive, where all these habitats can be found in the space of a few hectares. Created on the old grounds of a limestone quarry, it is now a famous wildlife refuge for all kinds of animals. Not only birds. 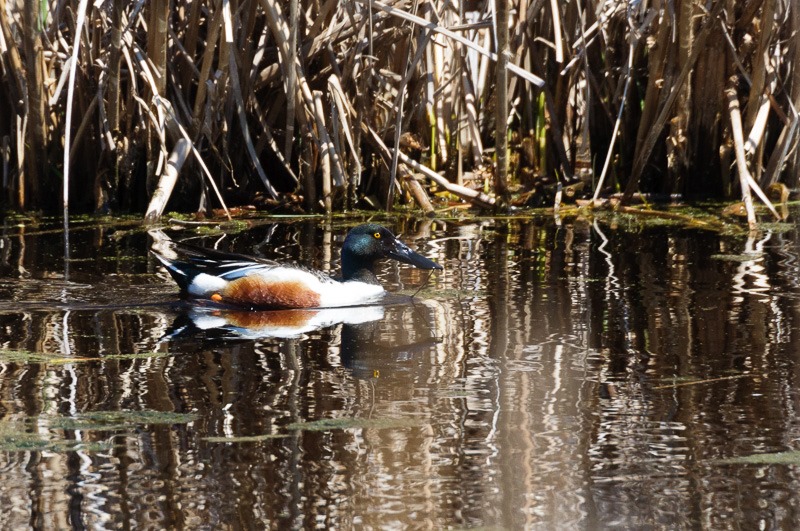 While I could go on and on about the history of Fort Whyte Alive (I have already done that before), today I prefer to show the birds that I shot during one single lunch hour. Usually you’d have to “fight” to get any birds close enough for a picture, this time I got lucky. The birds were all too busy with nesting or finding food. I was royally ignored. 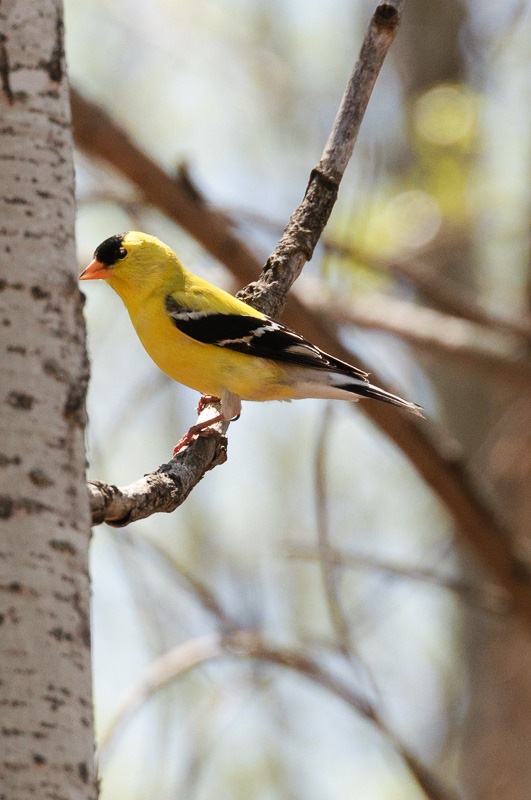 For once that came in handy. Still, many of the duck-family birds that are hunted to hell and back south of the border will try to avoid you at all cost (Duck Dynasty, anyone?). As soon as they see movement at one end of the pond or lake, they will move to the other end. Giving you very little chance to get a decent shot. But who will blame them? 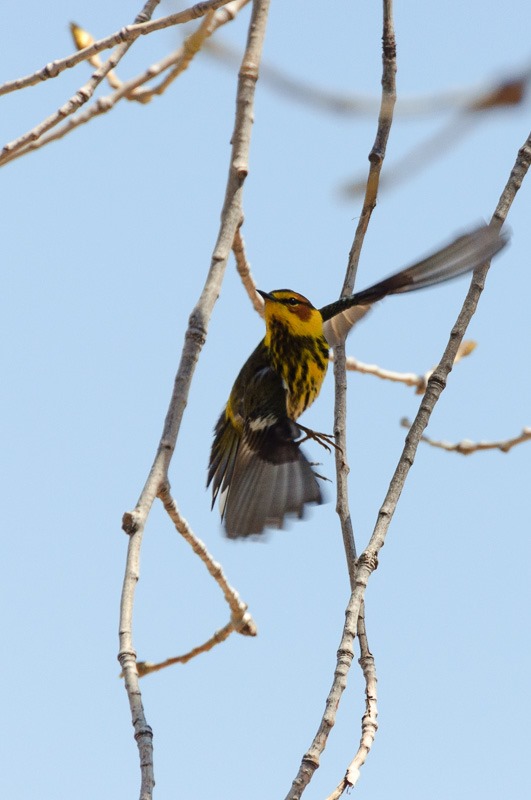 Some birds are hard to spot. This Brown Creeper, for example, has the habit of climbing up a tree, then fly downwards to the next tree and climb up again. It is not a poor flyer, it is simply the way it feeds. It is part of the Nuthatch family, but migrates south during winter. Unlike the White Breasted Nuthatch we have here during winter. 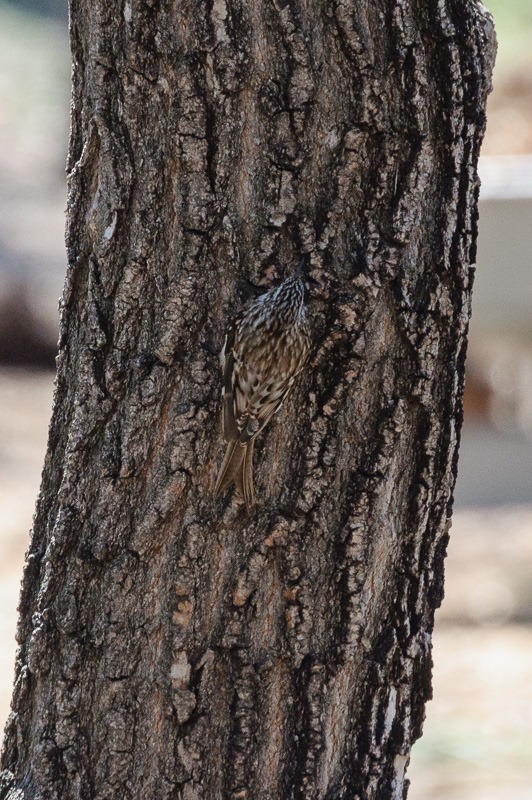 Other birds will stay high in the sky and not come down until the evening. It seems that there are a lot  of upward air currents up there. These Gulls know how to take advantage of that. Screaming loudly as if completely happy, they circle high above. 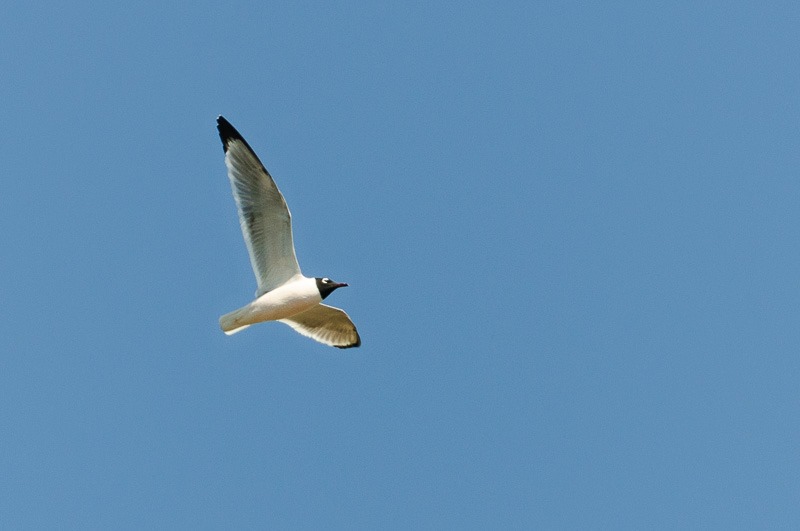 Others remain on the ground. Sometimes that is the safest place. Close to where this little sparrow was feeding is a hawk’s nest. Soon there will be young in there and they will need to be fed. And hawks will not often try to catch birds straight on the ground. 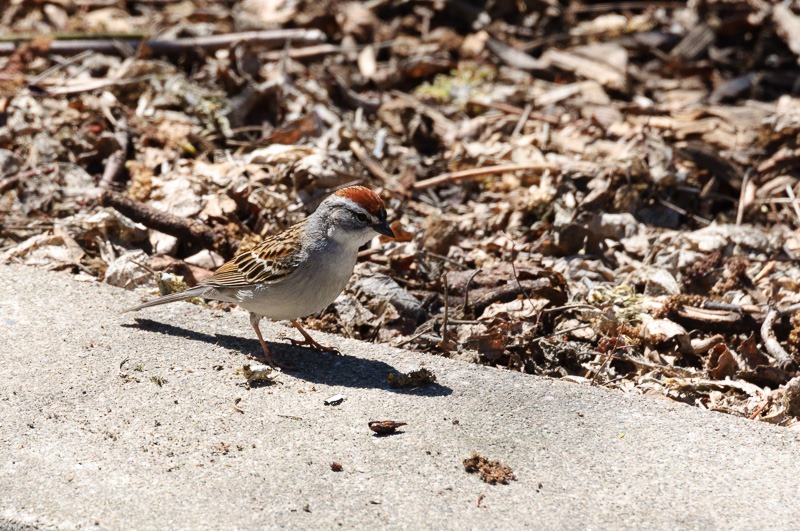 So here you have one single lunch hour at Fort Whyte Alive. With open eyes and a trigger happy camera, there is lots to see and even more to take home. I had many more birds, but some pictures should not be shown in public. I do want to keep up my reputation