It looks like we have to grab those days whenever they present themselves. Unlike winter days, spring days make themselves scarce. So when the last one finally showed itself, I thought I’d grab the camera, get out and see what was nice and warm to see. 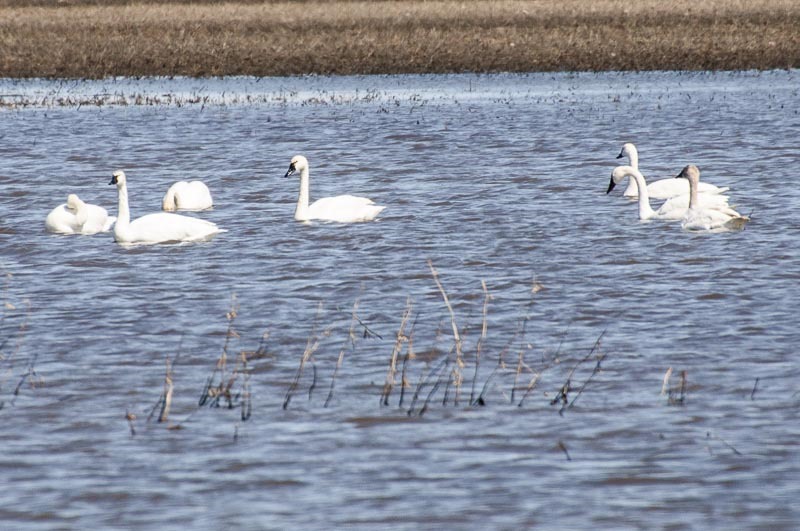 First off to see a friend, hadn’t seen him in some time and a coffee imposed itself. He came up with the idea to shoot some Tundra Geese, a bird I had never seen before. A lifer, in other words.

The geese were not too cooperative, they stayed far away from the camera. I guess that if I had moved out of the car, they would have flown off immediately, leaving me fiddling with my lens cap in the mean time… 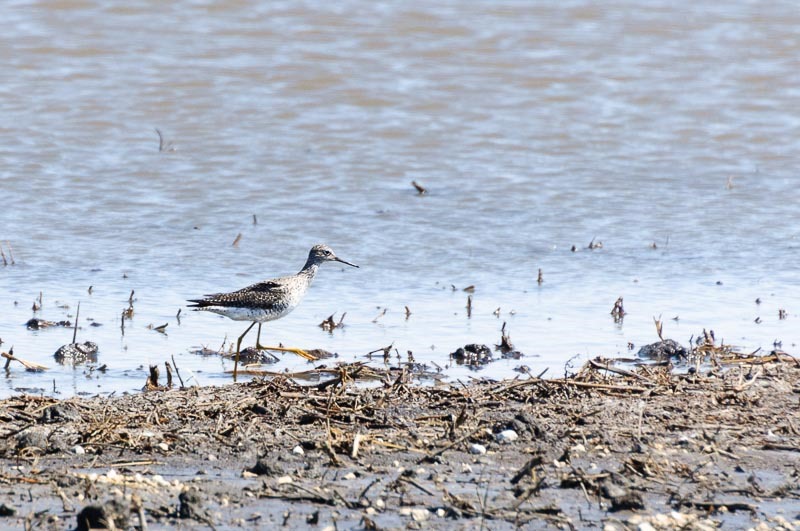 Apart from the Swans, there were also a lot of shorebirds in that same spot. This Lesser Yellowlegs being only one of them. The place where these birds were resting seemed more like a flooded piece of farm land than a regular lake or pond. I guess that in a few days there will be nothing and no birds left in that place. Making place for grain or corn for the summer. 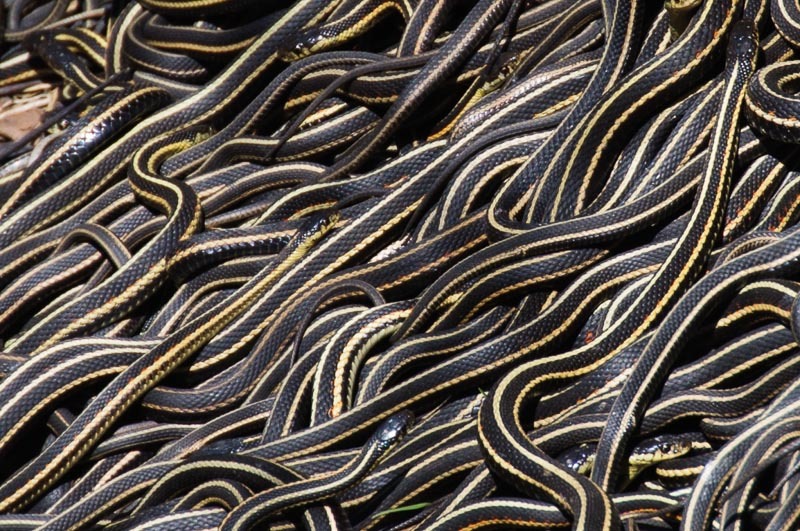 After shooting the swans for some time, they stayed far away, never came closer, we decided to go to the main attraction of our day: snakes. 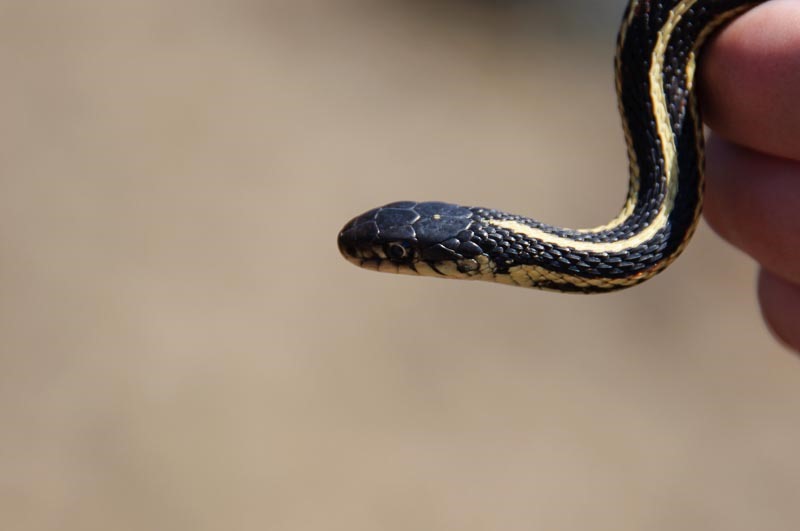 After that, they wander or slither off and that’s where you can pick them up and admire them from up close. Anyone can pick up a snake, these Red Sided Garter snakes don’t bite here in Narcisse. As long as people are there (and this day there were a lot of people) the birds will not prey on the snakes. In return the snakes are tamer than elsewhere and let you pick them up without a problem. 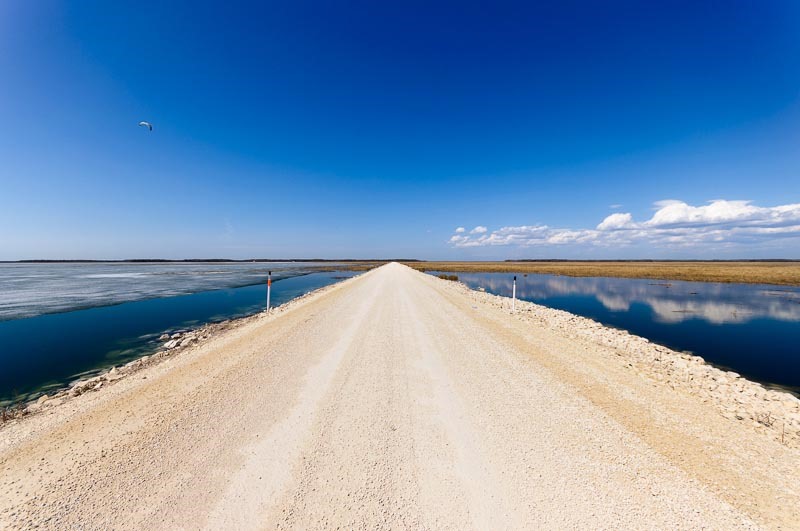 But you can shoot snakes only for so long. After all, they all look the same and they all do the same thing

. So off we went to North Shoal Lake, to see what shore birds were present to be shot (with a camera, of course). 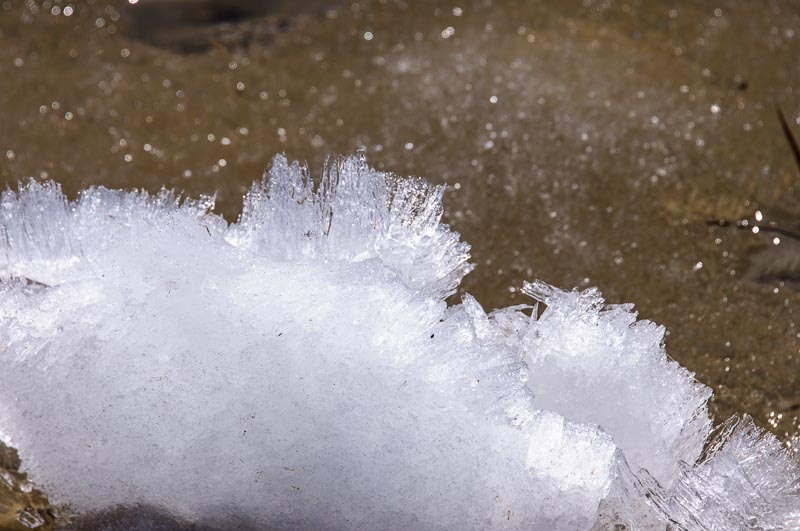 As it turned out, much of the lake was still frozen up, and we’re May 10 here! Many of the birds that usually mate and nest here had not arrived yet. Or perhaps they will be snubbing the area altogether this year. Ice crystals looked nice, but that was not what we were looking for. Also, the wind over the ice was icy cold. Hmmm, I could have made a better sentence out of that 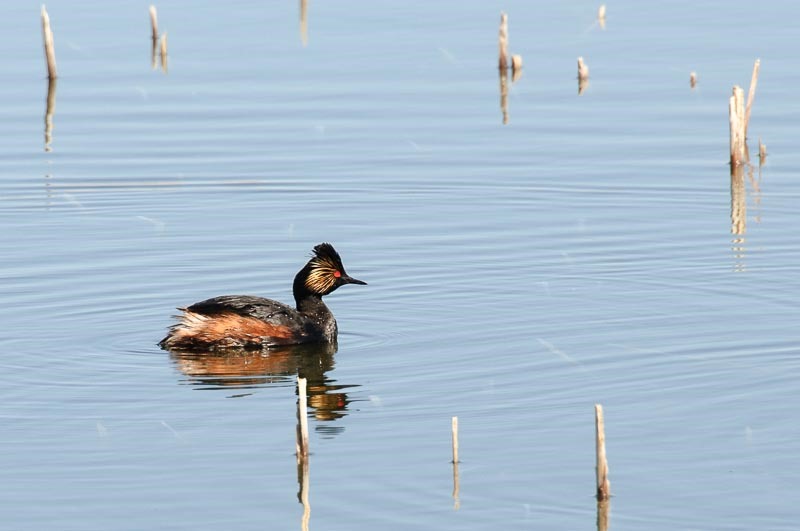 Then, finally a few birds, and again I hadn’t seen any of these before. An Eared Grebe. The yellow coloured feathers on the side of the head gave it this name, not that it is effectively flapping any ears. 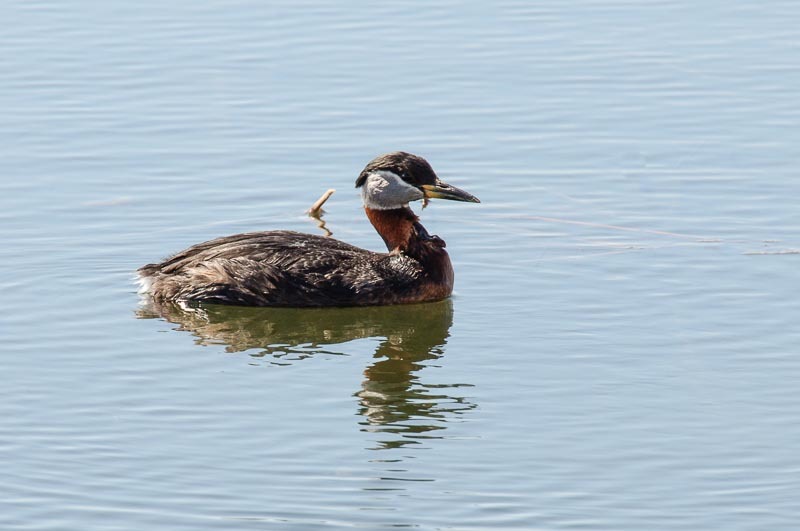 Then a Red Necked Grebe, another newcomer for me and the show was mostly over. Over that water it was still pretty cool, way cooler than the birds expect at this time of the year. And their biological clock is ticking, I could nearly hear it over the wind. We may see way less activity this summer than we plan for.

But that is all speculation and we’ll have to wait. In any case, this is a place where I will be coming back and will find new birds to add to my collection.

And thus ended the Manitoba Spring (day). One day with temps of around 23C (above zero, ok?) but that wind was spoiling the mood of many a creature on the shores of Shoal Lake. It will get better over time.