At least not against other birds. Mostly. After a series of posts with birds of prey, the logical counterpart would be the birds that do not eat other birds, right? Well, if that is so, then this post will be for you. Otherwise, keep reading anyway. 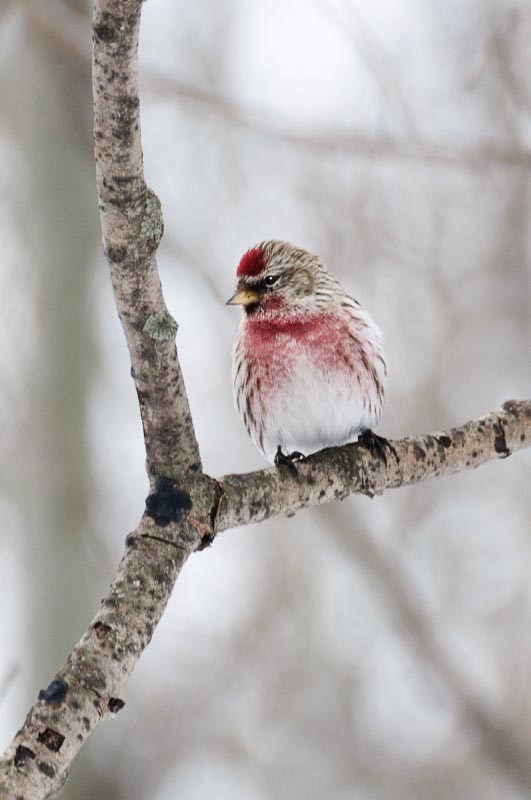 All jokes apart, from time to time it is good to change the subject. While I do not like to delve too far into my archives to find the right pictures for this blog, sometimes I have no choice.

The last few months have been particularly poor in photographical opportunities. Most of the birds I saw were the frozen ones in my fridge, while the ones outside might have preferred that same fridge because it was warmer than where they were. 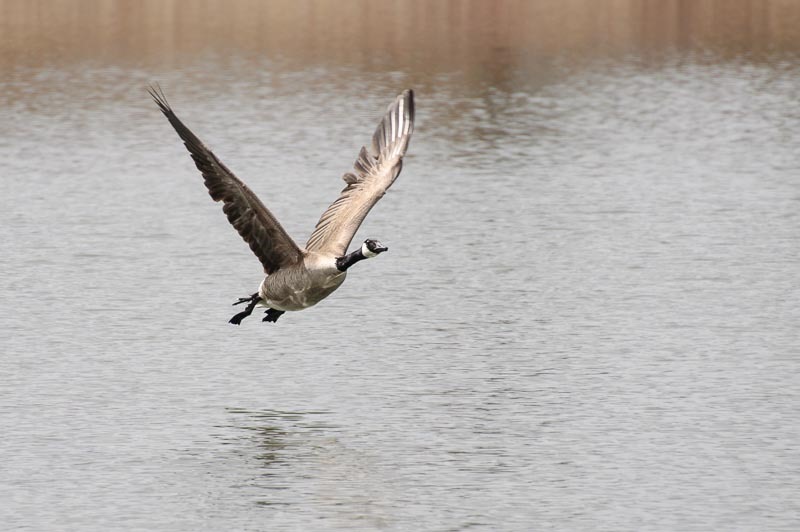 Slowly but surely the province is warming up, but spring temperatures where you can go outside in a t-shirt (without freezing any body parts, that is) are still a few weeks away. Birds are slowly migrating back north for the summer, but I am not sure we will see the complete gamut of species here this summer.

So here is a post with not so aggressive birds. Except the geese, who will attack anything that will come close to their gosling soon. For now there are only skirmishes between males for the favours of the females, but that will end soon. Then they will start to hiss and honk at anyone coming too close to their nest. 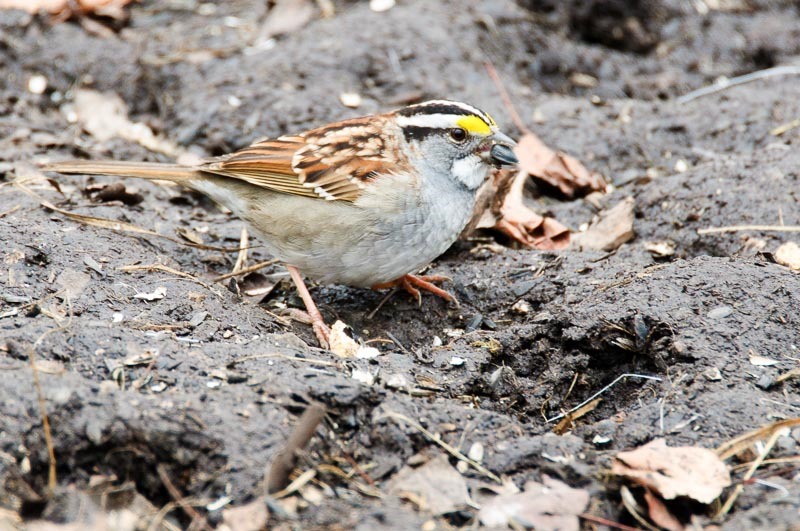 The lead picture is of a Common Redpoll, common last year during winter, this year I have not seen a single one of them. Perhaps it was even too cold for these guys. Or they just had a different reservation for their winter holiday from the north. Now more small birds have come back, among them the White Throated Sparrow, foraging on the ground. 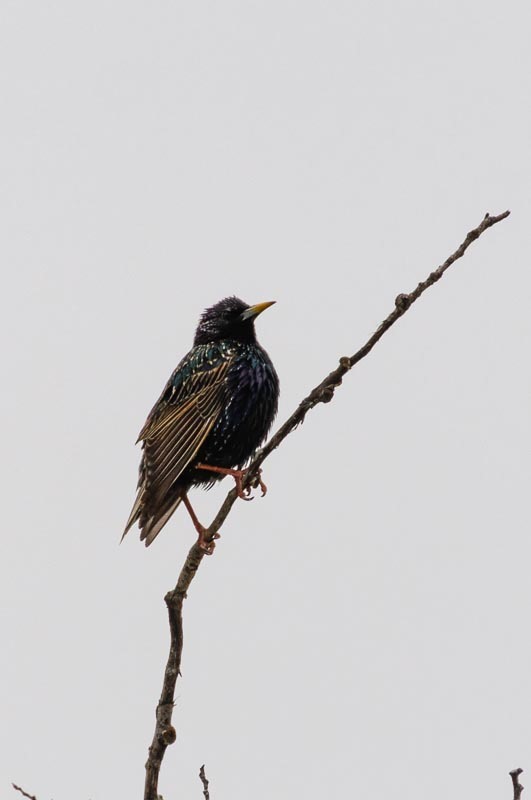 The European Starling are back as well. While these birds are very pretty to look at, they are in fact also pretty aggressive against other birds. As the name suggests, they are European and are an invasive species in North America. 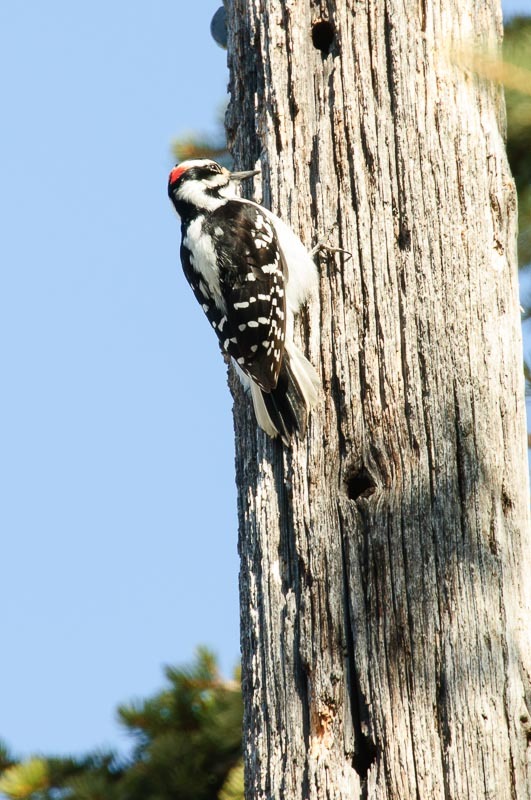 Then there are the birds that didn’t even move away during the winter, the Downy Woodpeckers, like the one pictured here. Pickings must be slim by now, this poor bird was drilling holes in a utility pole instead of a (not so) healthy tree. Unless the utility pole was also as rotten as the trees they usually take for food storage. The hammering was pretty strong, so nothing wrong with this bird after such a long winter. 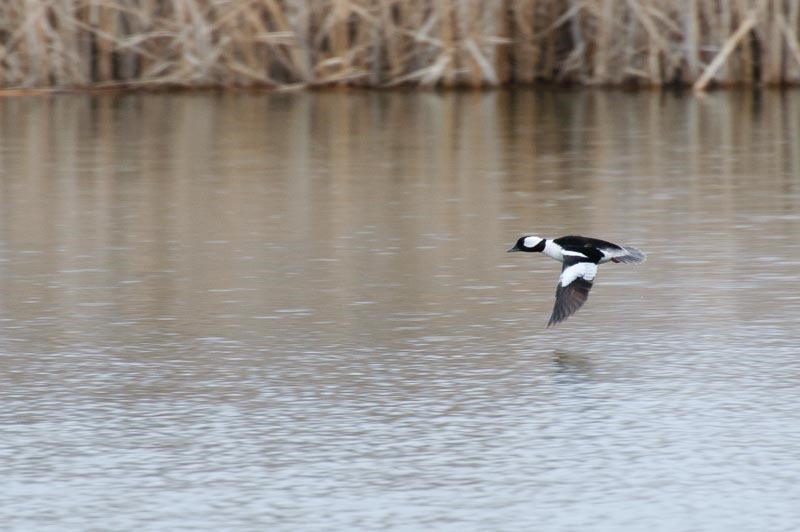 Then there are the Bufflehead, this one flying away as soon as I had my head out of the bushes to take a picture. This picture was taken at least a hundred meters away. As to why this bird is so skittish, I have no idea. I can’t imagine a past where these birds were hunted for food or anything like it. Perhaps they just don’t like photographers 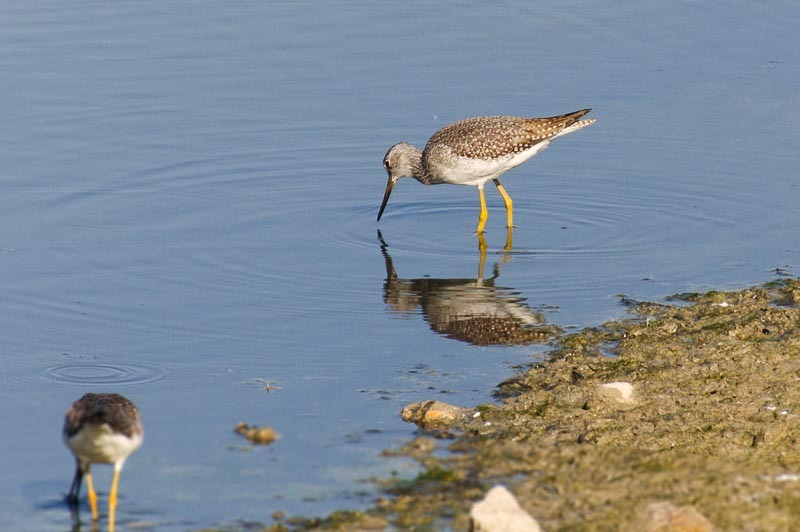 Then there are the shorebirds. These Lesser Yellowlegs will be back soon, or are already on their way back north. They live on small water creatures and wouldn’t hurt another bird in the world. Not very scared, they let me get surprisingly close to take a picture. 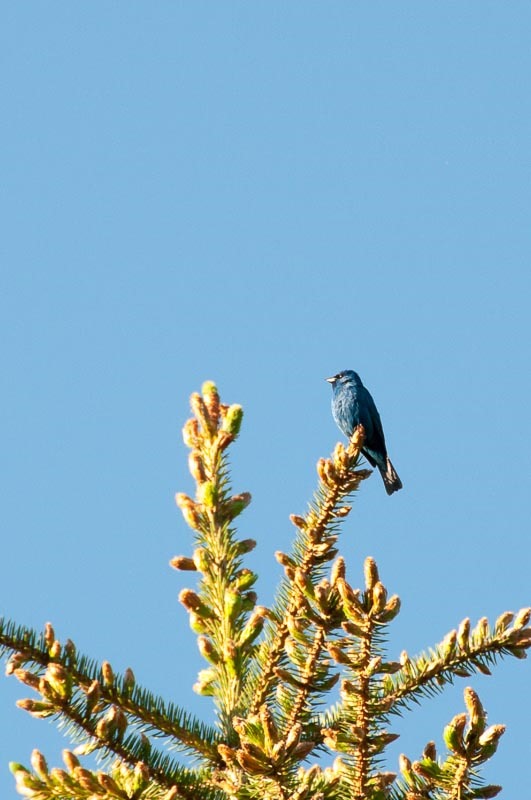 And then there are the song birds. Singing their hearts out for everyone to hear. This Indigo Bunting was audible for kilometers around. To find it was a bit harder, but finally I got a decent shot. 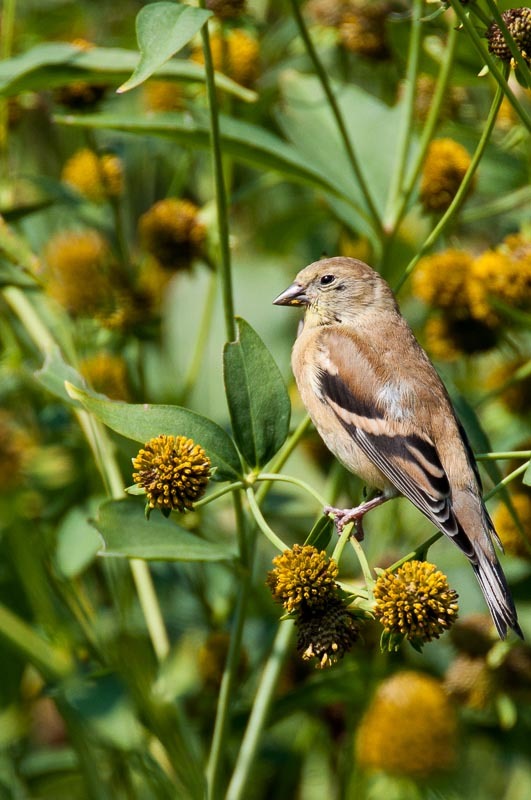 American Goldfinches are usually bright yellow. But nearing the end of summer, their diet changes and the feathers become a more dull brown instead of the usual yellow. It’s interesting to see how the colours of the feathers can vary with the diet of the bird.

None of these birds are aggressive towards other birds as to kill them, not even for food. So for once you can sleep quietly, knowing that no birds or other animals were harmed by the subjects of my pictures for the making of this post