After a long period of skies without much character, except for the biting kind, it is time to show some more of the fantastic skies we can have in Manitoba throughout the year. 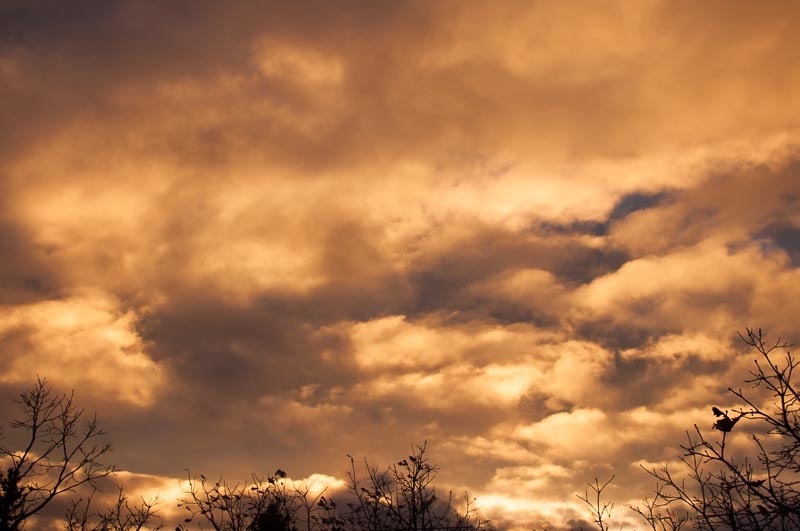 Most of the wild skies happen when it is not winter, so that leaves us logically with 3/4 of the year. Except for this year. So I will have to dig a bit in last year’s archives to get a decent number of presentable pictures

The lead picture of this post was taken from my balcony on an October afternoon. While most people would run for cover when they see a sky like this, I prefer to stay outside, shoot it and see what develops from it. This time nothing happened, the sun set and the show was over. 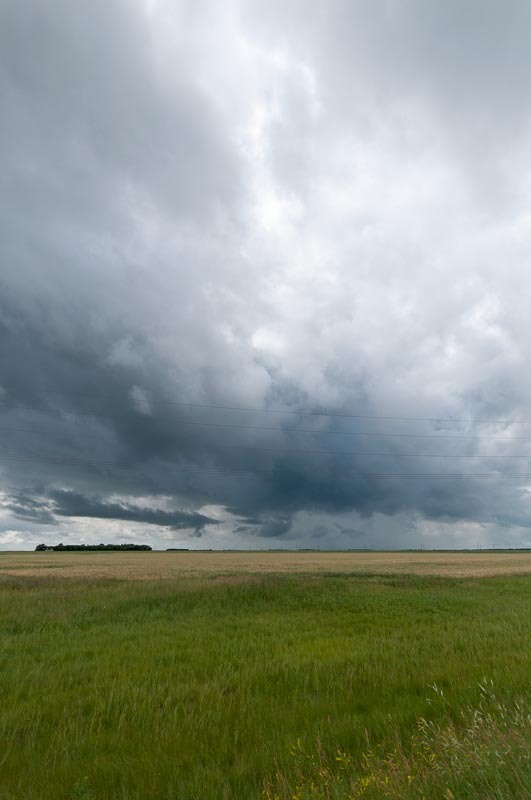 In summer, the skies are less predictable than in winter. The above sky was to give birth to a big thunderstorm. Or at least that was what I hoped for. Finally, the only thing happening was my gear getting wet. No lightning to be seen. 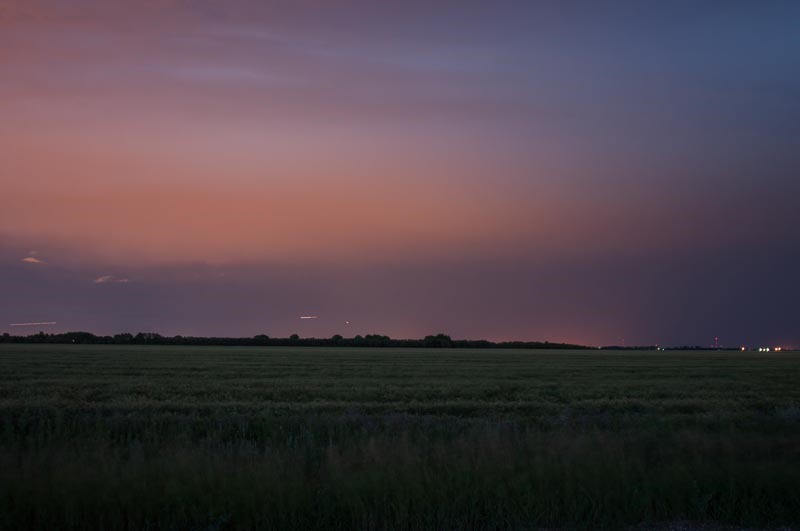 This shot was again with the hopes of getting a nice lightning show. I had just acquired a lightning trigger that was supposed to take a shot with the camera whenever lightning strikes. There was lightning, but too far away to register on the device. To add to my misery, the thunderstorm moved away to the south over the border. 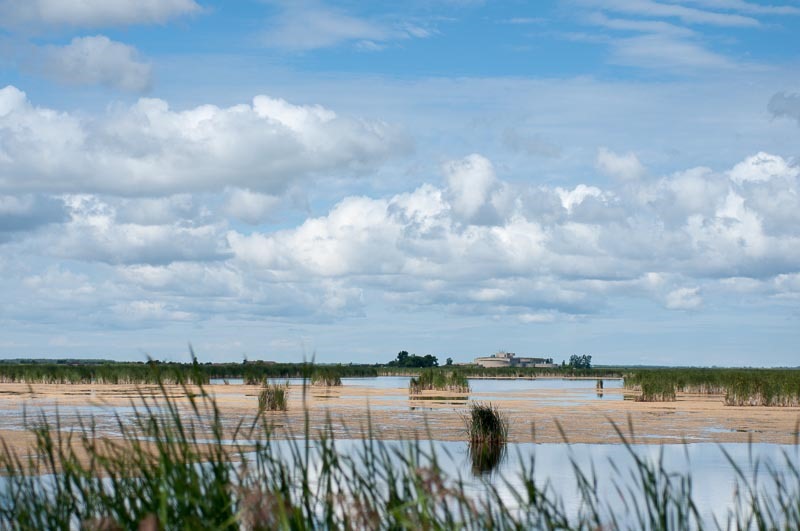 During daytime, the skies are often interesting. This one was taken at Oak Hammock Marsh, during a nice walk among the clouds of mosquitoes. A walk during which I also got a shot of a great Heron and a few other feathers, but I may post that another day. 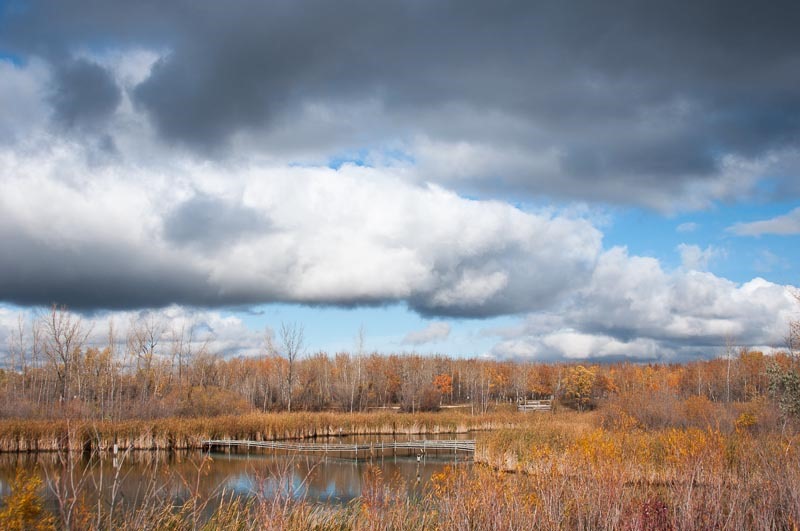 Daylight skies are often ignored, because we are driving in a car and have to think of other things. Or we are working and admiring the sky during office hours may look unprofessional. But if you can get a chance to go out for lunch time like for this picture, all shots are allowed. The above picture was an end-of-October picture, during which a few moments later a funnel cloud was seen in another part of the city. 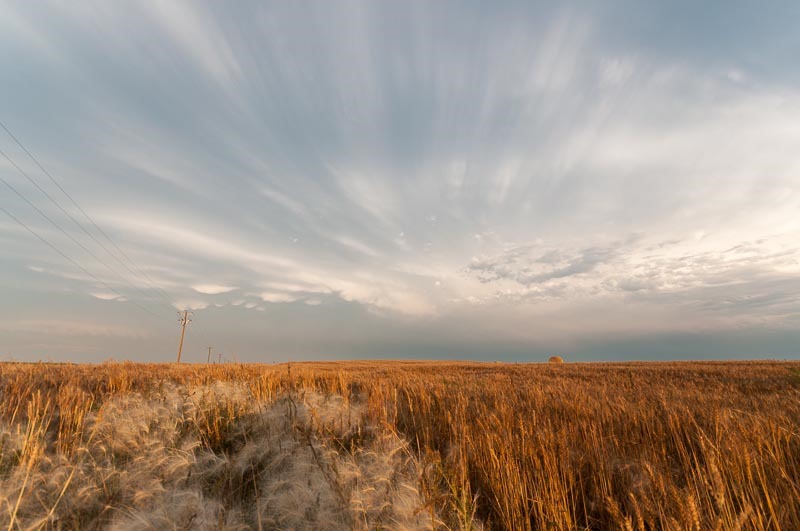 Thunder over the horizon

Then you have those “rare occasion” pictures, taken during a time where you normally would be at home enjoying supper. The above sky was harbouring a thunderstorm. Sunset was getting closer but the storm was moving away. You can see the storm sucking in air as it moves. 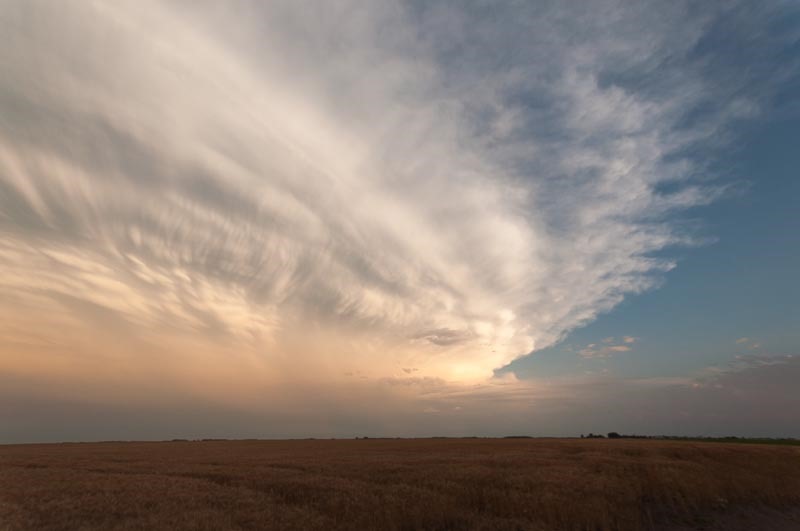 But as the sun was setting, the sky became more and more dramatic. But, as usual I had not enough patience to wait for the perfect cloud shot. I turned around to get the sunset itself instead. 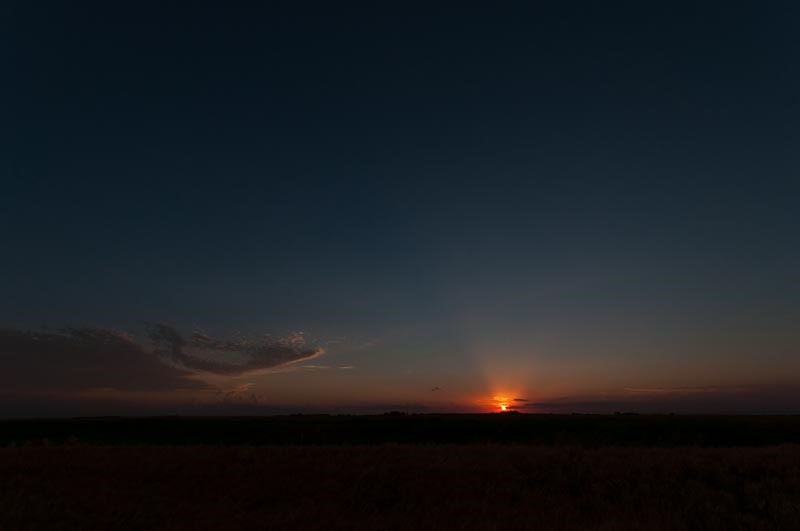 This was the sunset that was responsible for all these beautiful colours. It is written everywhere that you should never point a lens straight into the sun without protection. So I didn’t. I pointed the camera to the setting sun and pressed the shutter even without looking at composition or exposure. As it turned out the camera did a great job of capturing the exact mood of the sunset. 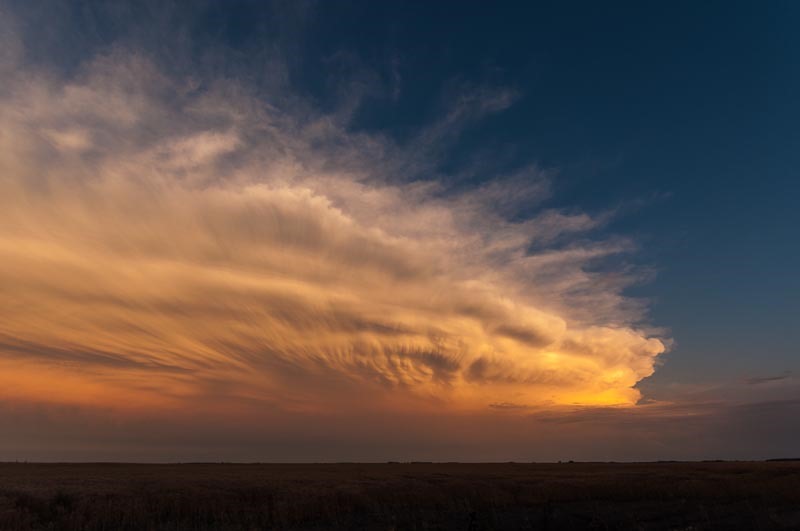 Then I turned around again to find the clouds changed yet again. The underside of the cloud is already without the light of the sun, the earth already obscuring the light. As for the result… I let you be the judge of the sky this time.

Yet again, Manitoba skies provide for a lot of “photographer’s entertainment”. Normal people usually don’t look at skies like we do.

Unless you show them