Some of them do sound like that, with their “hawk, hawk, hawk!”. After nearly two years of hunting birds in Manitoba, I have come to understand that birds are plentiful. Unlike the birds I have seen in Europe, although the places I lived were not really made for birds, I admit. Getting any bird here is fairly easy, just point your camera 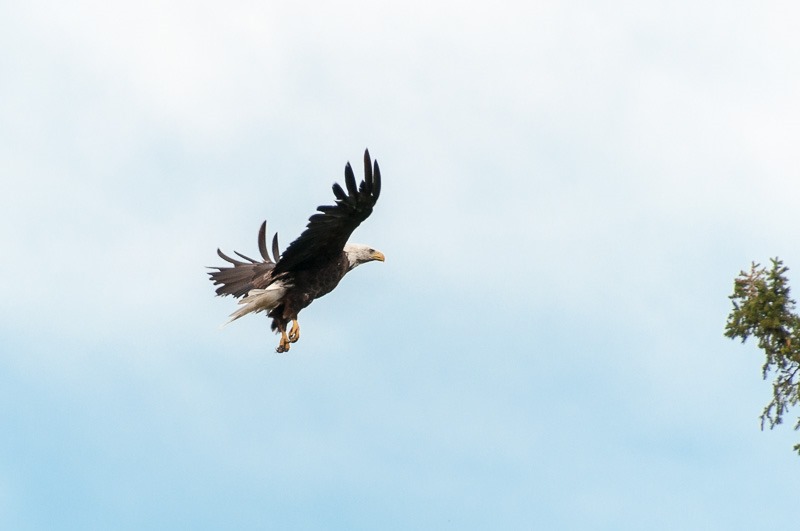 off the balcony or pick it up when you’re lazily sipping a beer in the back yard and you’ll get a bird. But to get some raptors is a different matter. You have to go and get them, stalk them and even wait for them to come back to a spot where they were before.

Raptors also have the habit of flying pretty high. As well as having a healthy habit of staying away from humans. If we get too close, they just move camp. We hardly see them with prey in either claws or beaks. And I’m not going to photograph them in the zoo during feeding hours. That is below my dignity as a photographer. 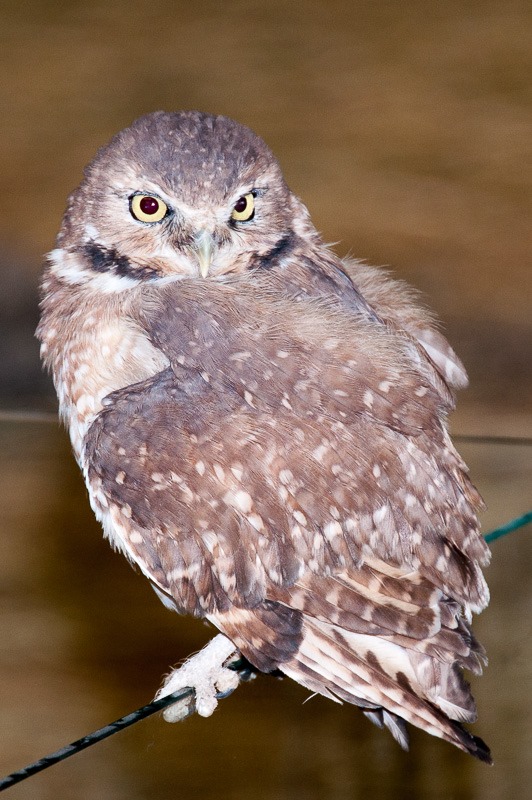 So I try to get them in nature, in their habitat. It’s a whole different place from my balcony. The first idea is to go to Fort Whyte Alive, where the Burrowing Owls are kept in enclosure. FWA is not a zoo. For the Burrowing Owls it’s a question of survival; they are an endangered species. Every young that hatches is carefully examined and swapped with other, similar institutions for breeding purposes. 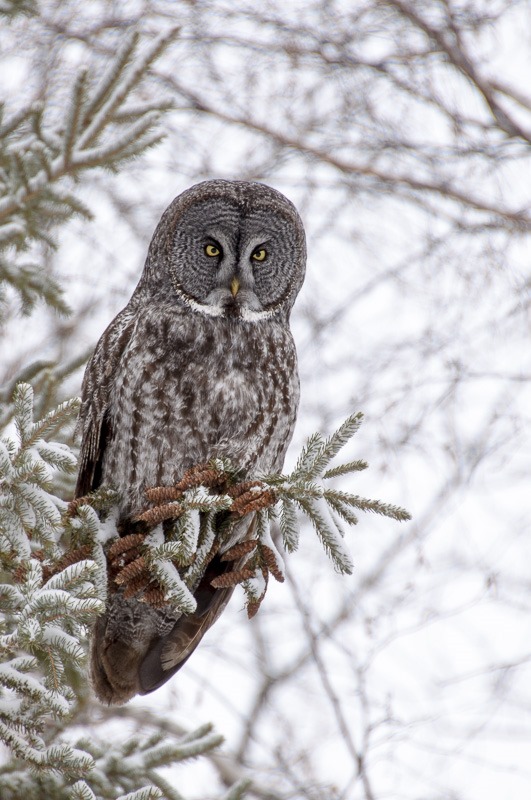 But you can only shoot them so many times. The background never changes, the surroundings are always the same… In other words, it gets boring to shoot these birds over and over again. Also they have no “funny” habits of jumping over each other or something like that. So I went on to the next fairly stationary bird. The Great Grey Owl. Once they get used to you, they ignore you completely, unless you step in their food reserve, of course. 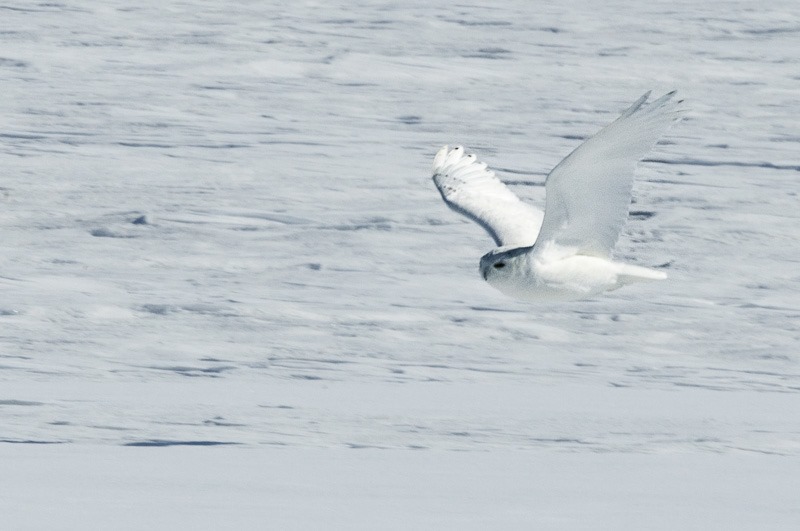 From the Great Grey Owls it is a small step to go and look for the completely white owls, the Snowy Owls. These are fairly common in Manitoba in winter, but you have to know where to find them. Luckily I overheard some birders giving each other tips on where to find them. I was all ears

! A few hours later I had my first shots of Snowy Owls taken on my own.

It always looks so easy when you present the pictures, saying “here I found a …”, but there is more to it than simply “finding” the birds in question. You have to know their habitat, their habits and lifestyles. 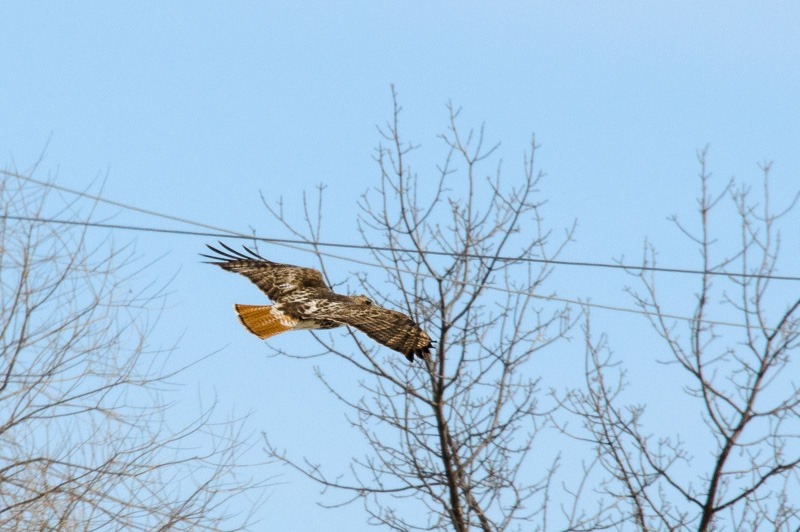 So when the Raptor Festival in La Riviere was held, I was there as soon as possible to shoot those birds. However, they were too far away to get a decent picture of them. It did tell me that for sure, the raptors were on their way back to Manitoba and it was time for me to look out for them. The above Red-Tailed Hawk was nearly in the same spot where weeks earlier I shot the Great Grey Owls. The owls have moved elsewhere, though. 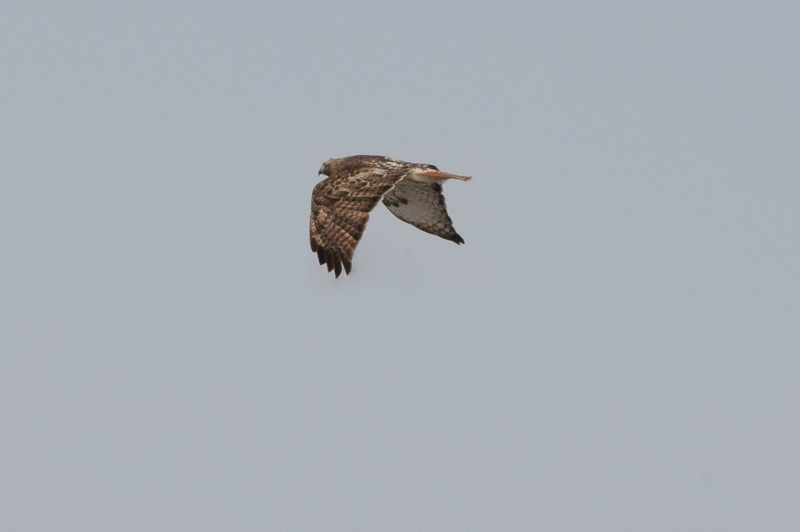 Adapting the camera settings to a more aggressive shooting style yielded way better pictures of the birds in flight than I had imagined before. That Red Tailed Hawk had no chance of getting away without having its picture taken 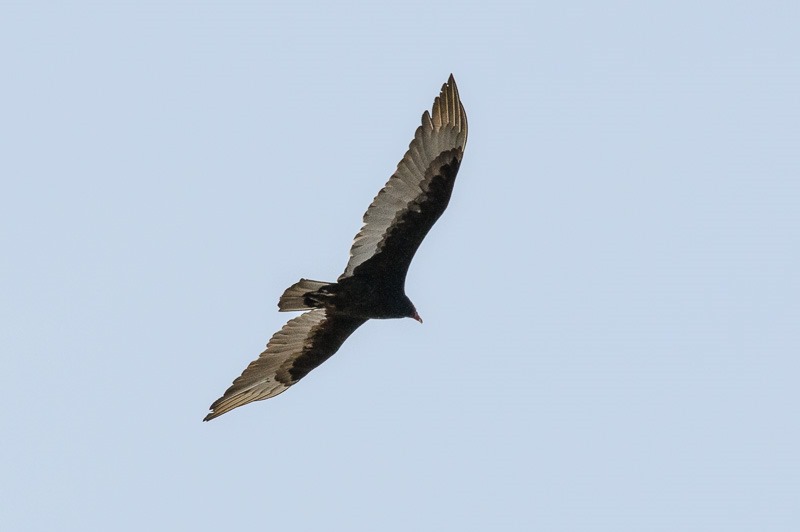 Then I felt a shadow over my head.  The enormous bird that shadow belonged to was a Turkey Vulture. I had never seen one of them except for on TV. And now there was one flying over my head? Shoot! Vultures are always depicted as despicable birds, waiting for their meal to die before dining. This one had nothing to eat in that case. 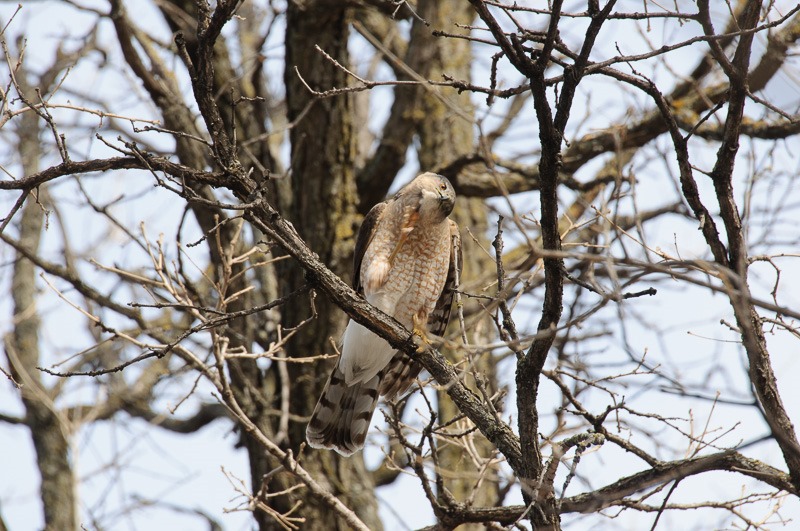 Then I heard about a possible nest of Cooper’s Hawks, not far away from my home. That was too good to pass up on, so on a warm Sunday afternoon I went there to have a look. The animals did not disappoint. They were there, grooming themselves with their enormous claws, scaring all the other wildlife into the bushes in the process. 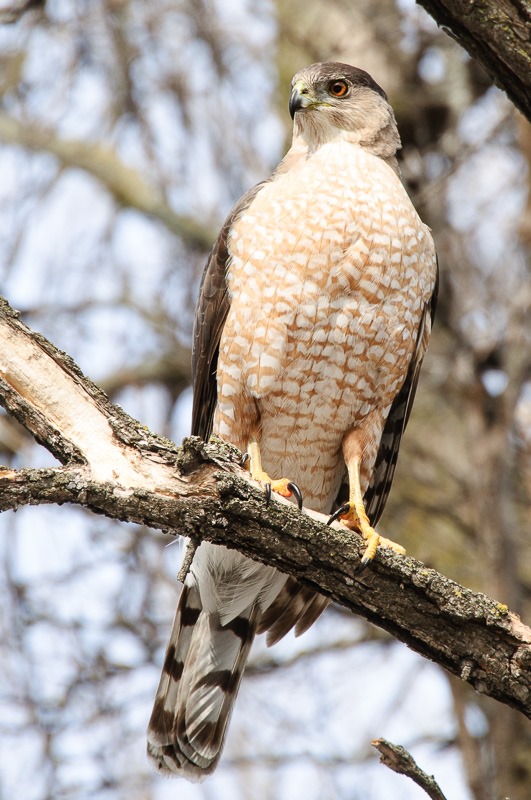 A few moments later the same bird seemed to pose nicely for me, showing off several angles, while the partner was busy bringing sticks to the nest. That is definitely a story to follow up on. But you will have to wait. We don’t want to rush Nature, right?