No Velociraptors, I did not invent a time machine to shoot some lizards. I am talking about the raptors coming back to Canada after having spent the winter in warmer climes. Come to think of it, I should have done the same. 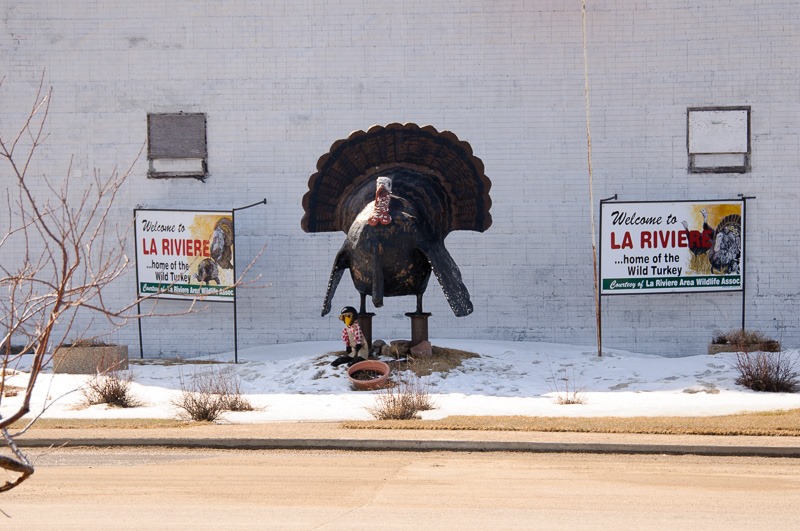 On April, 5th in La Riviere, MB the Raptor Festival was held. I was highly interested to be able to follow the birders and take pictures of the birds.

Well that was easier said than done. The birders were easy to find, they were camped near the road entering the town. I parked near the other cars and casually asked if there was some bird action. The answer was a unanimous “LOTS!”. So I walked back to my car and took out the camera.  Put the lens on the maximum reach of 300mm and waited. 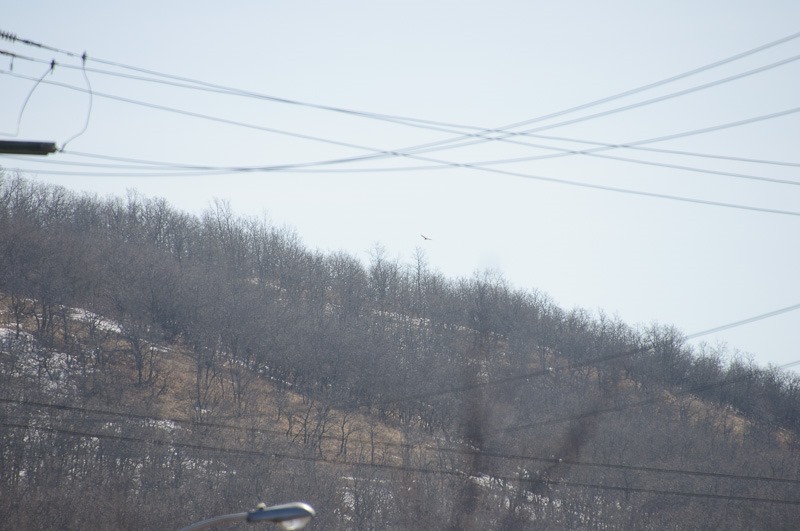 Lo and behold, within minutes someone yelled “activity!” and pointed near the ridge with a lot of trees. Were it not for my 300mm, I would have missed it altogether. What surprised me even more was that from that distance, the birders could already identify the bird and cross it off on one of their lists. Ok, so I get a 3 pixel wide bird on my sensor, and they can tell its pedigree from the same distance. 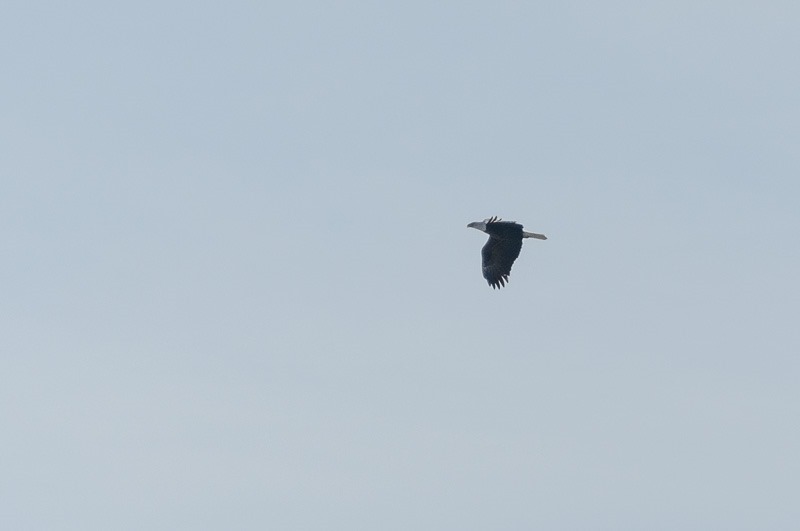 That didn’t seem right. Until I heard one of the guys talk about his birder’s optics. A 42x magnification! Hmmm, with my 28-300 on a cropped sensor (1.5x) that would give me a lens of 1764mm… Now it made more sense. They could count the feathers on the tail of the bird while I could only see a small blob in the sky with my 300mm (450mm with crop factor). 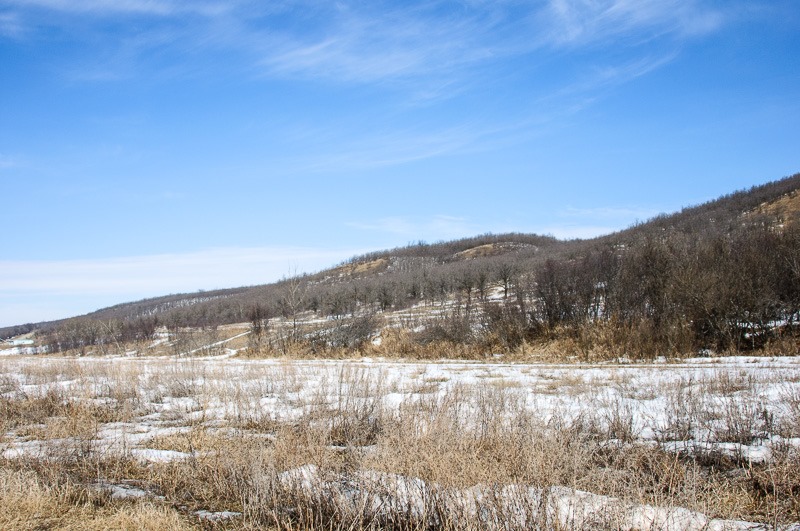 View of the Pembina Valley

Some of the birds did fly over closer than most, so I could get some nice pictures. Albeit heavily cropped here for the blog. The pictures here are mostly 1:1 pictures, so no further enlargements can be made of them. Most of the birds were following the Pembina Valley, coming in from the south and hovering high over the hills, taking advantage of the slightly warmer air of the valley. 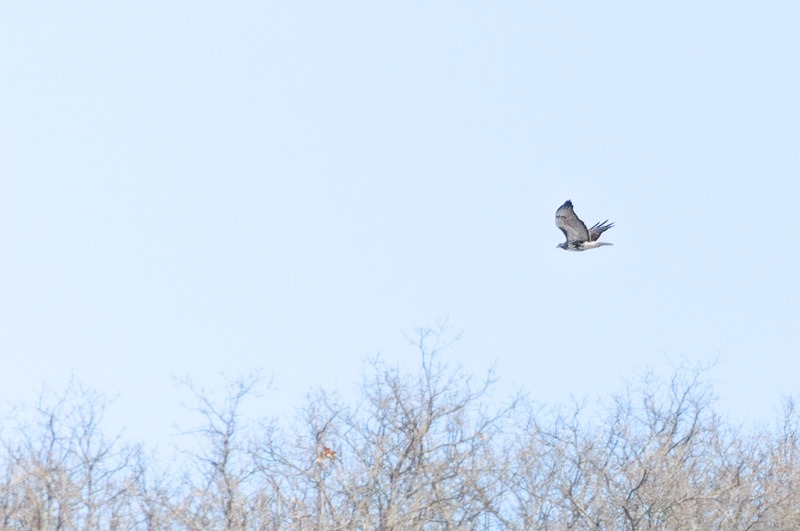 That air keeps them easier high up in the air. Had it not been for the birders, I would never even have seen one single bird, apart from the lead picture, that is. One thing that this Festival taught me is how to do some panning with the camera. With the birds being far away, they are easier to follow with the lens, even extended to 300mm. 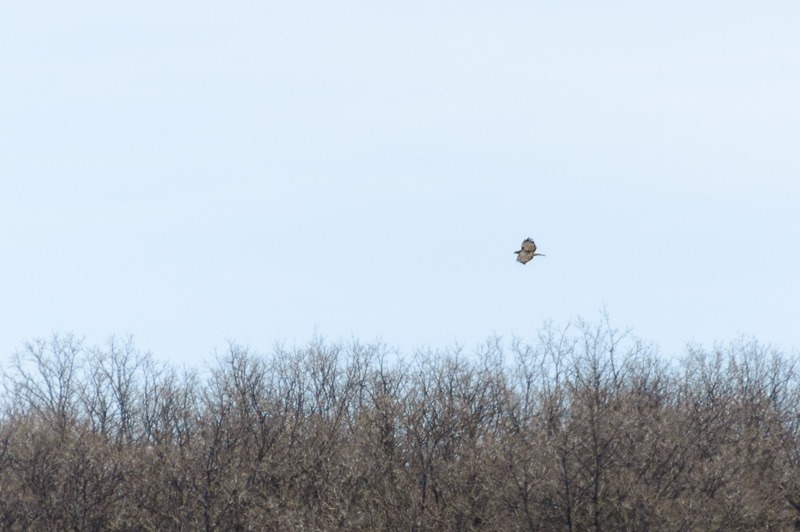 This time I also made sure to set the ISO of the camera to Auto, between 200 and 1600 and imposed a minimum shutter speed of 1/640th of a second. Enough to get those flapping wings sharp on the sensor. 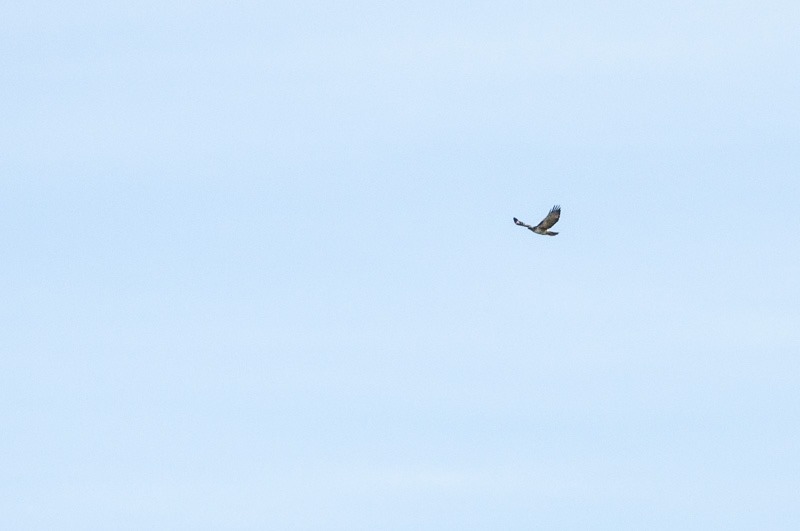 Not all birds came close, many of them remained too far away to be of any good for a picture. Some photographers even left before me, saying that with their camera they wouldn’t be able to get anything. Some people had come with a 18-135mm, not exactly the right tool for this job. Even my 300mm fell short many times. Now I could have asked a fellow photographer to lend me his 600mm, but I am not sure the results would have been different. 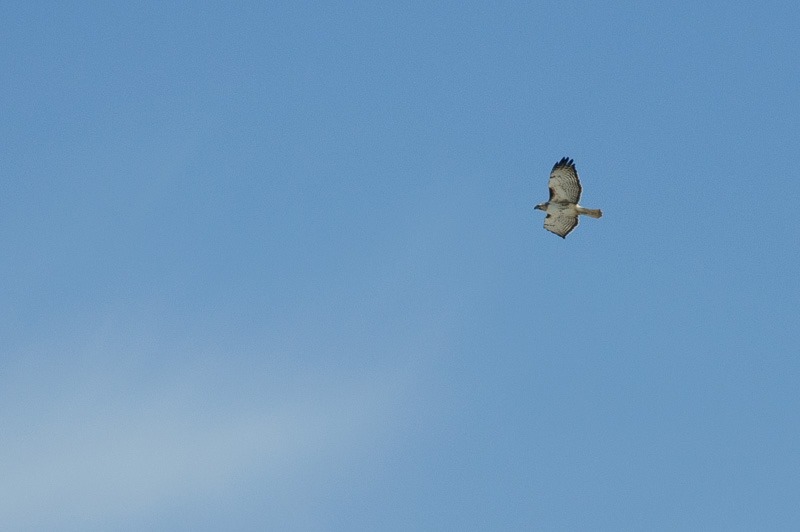 The birds were simply flying too high and too far away. I tried to get closer, but the birds were flying over a wooded ridge, without trails or paths to get to the top. The next available spot to park was at an equal distance, on the other side of the ridge. Either way, no good. I left, wanting more pictures, but the road through the ridge into the valley didn’t offer any other spots to stop safely. And it’s not today that I will put my car in danger for some shots. 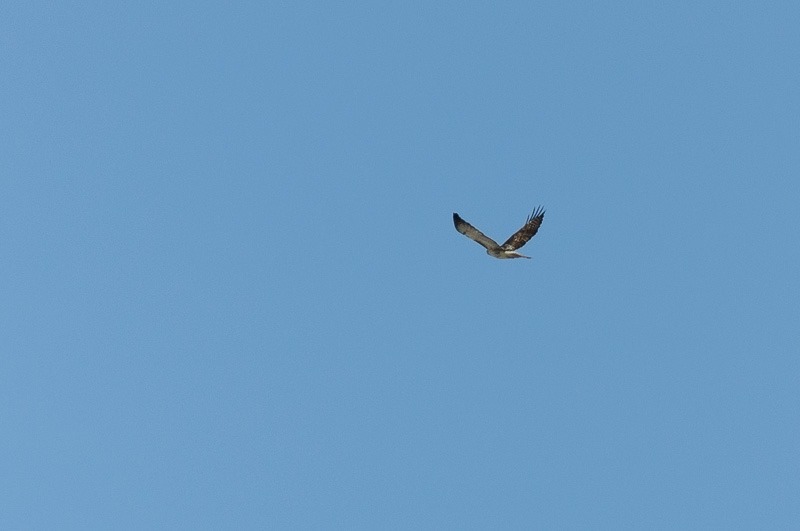 So the birds flew over, showing that spring is finally arriving in Manitoba. As for the Raptor Festival, it’s a great occasion to shoot birds, but next time I will need to come prepared with a much longer or powerful lens/camera combination. It was great for the birders, not such a great photogenic opportunity.