Or better put: Phrags. This is one of the terms used to name orchids. What corresponds to what, I have no idea. The biologists that invented the scientific names for  orchids must have had lots of imagination, or lots to drink. 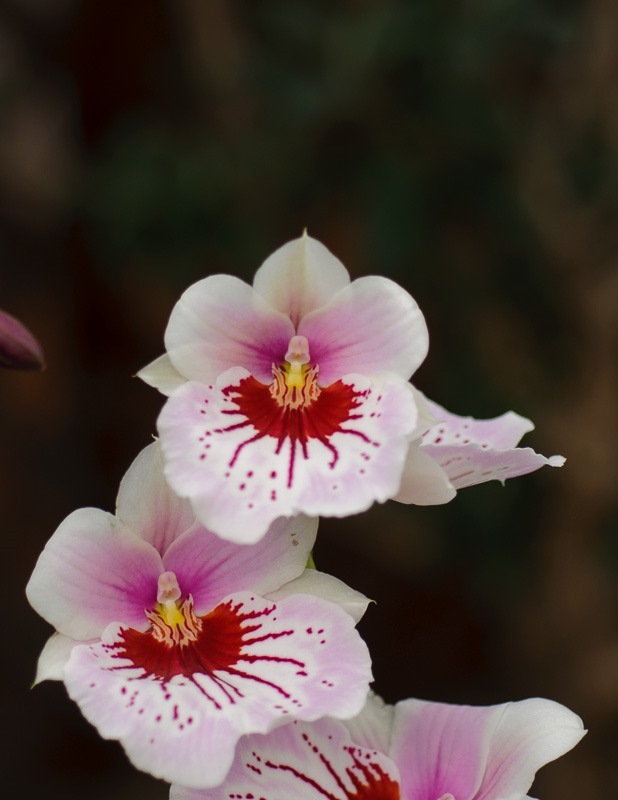 But I can be wrong and those names make perfect sense for the initiated. I’m not one of them.

However, I do appreciate the beauty and the intricate, delicate parts of those flowers and plants.

A few weeks ago, the Manitoba Orchid Society held its annual Orchid Show in the Assiniboine Park Conservatory. As usual, the wee morning hours were reserved for photographers with tripods. Without tripod, the whole day was available for taking pictures. 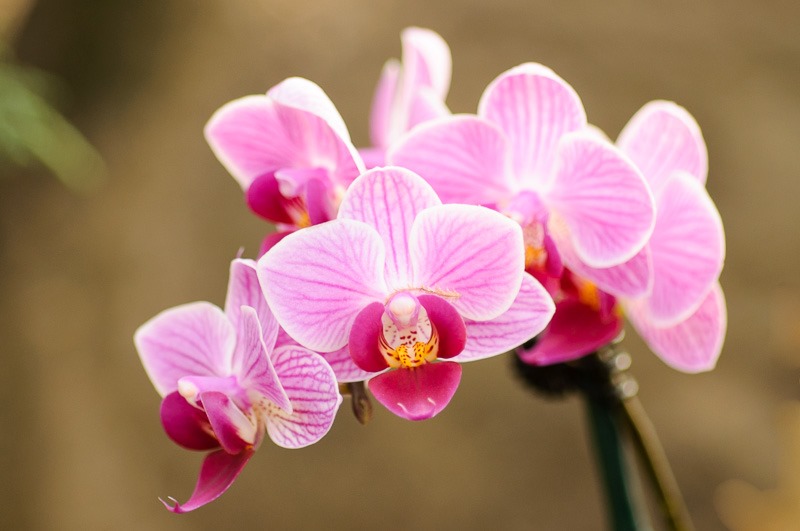 Given the usual lighting conditions, it was advisable to take a tripod to get better pictures. Now I can tell a great story about the flowers and the difficulties of taking these pictures. But perhaps better not. It’s a much better idea to enjoy the colours and intricacies of the flowers without me rambling on about how difficult it was. 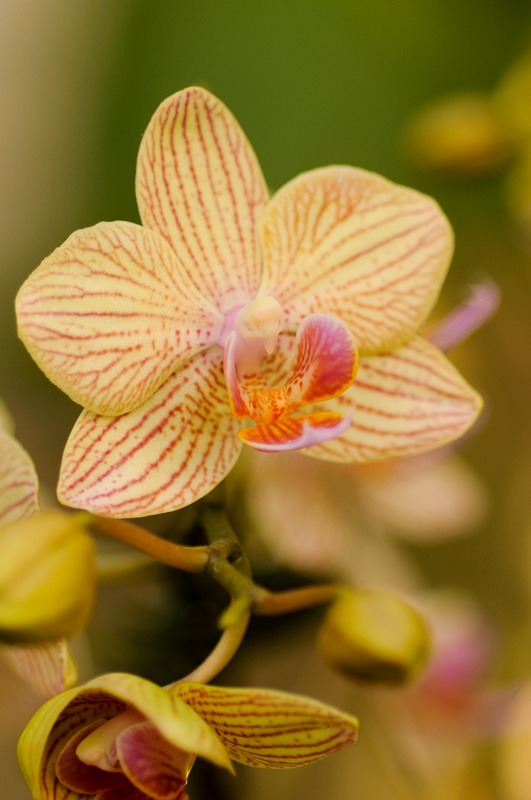 In fact, it was not that difficult anyway. Setting up the tripod was the only thing that needed consideration. You don’t want to put your feet between anyone else’s feet. It’s as simple as that. 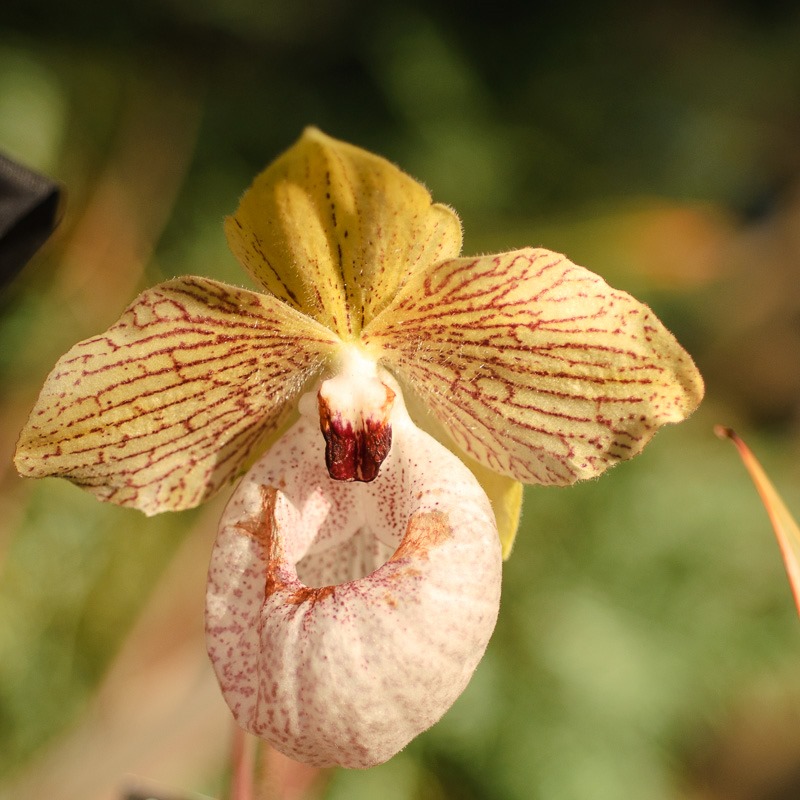 Another consideration was to not disturb regular visitors. Everybody paid to get in, so everybody should be able to go in and smell the roses, eh, orchids. In fact, the orchids didn’t seem to have any smell, unlike the flowers in the previous exhibition. 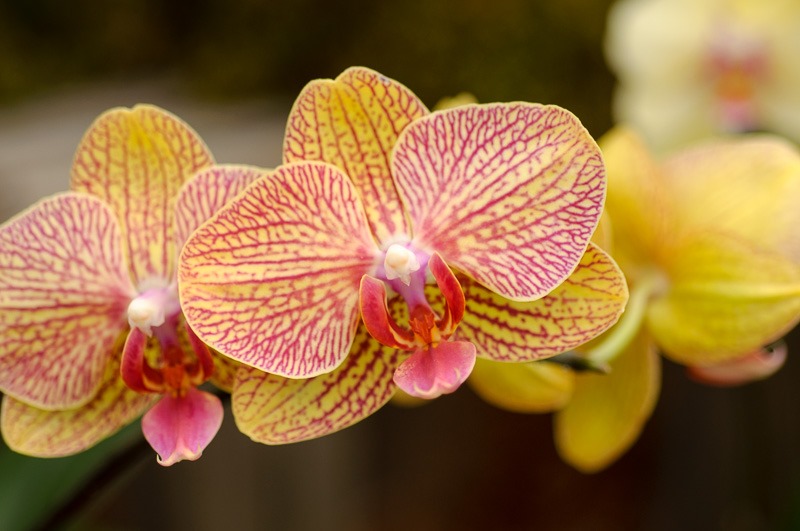 But these flowers receive infinitely more attention than any other flower in the world. The “love” and care people bestow on these flowers is phenomenal. It’s probably for that same reason that all tables had a little sign saying “Please do not touch”. Something I can whole heartedly agree with. Some of these flowers show their petals once every two or three years, having them ruined by someone wishing to feel if those petals are hard or soft… difficult to swallow. 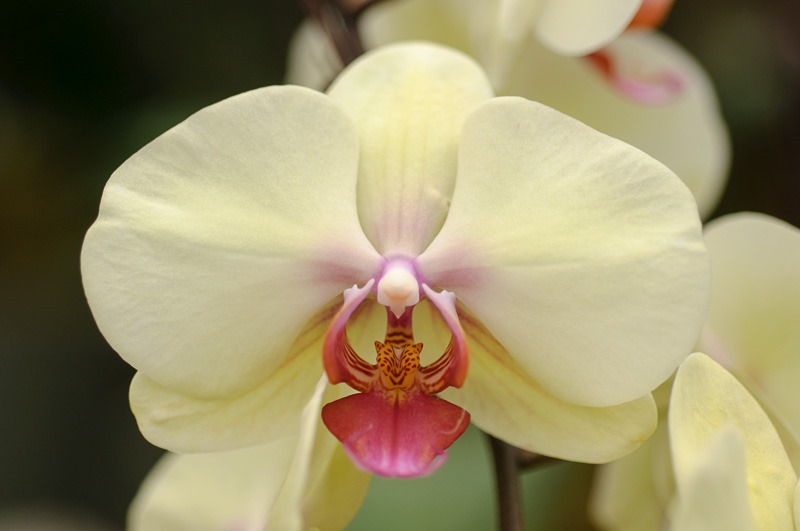 The number of photographers that showed up on this fresh Sunday morning at eight was quite reasonable. I think there were at least a dozen already there when I arrived. This year I decided to shoot all the flowers with my 60mm macro, a lens I have far too little experience with. The last time I wanted to use it was to shoot snowflakes. Didn’t work out as I expected and the whole harvest of pictures went into the garbage. 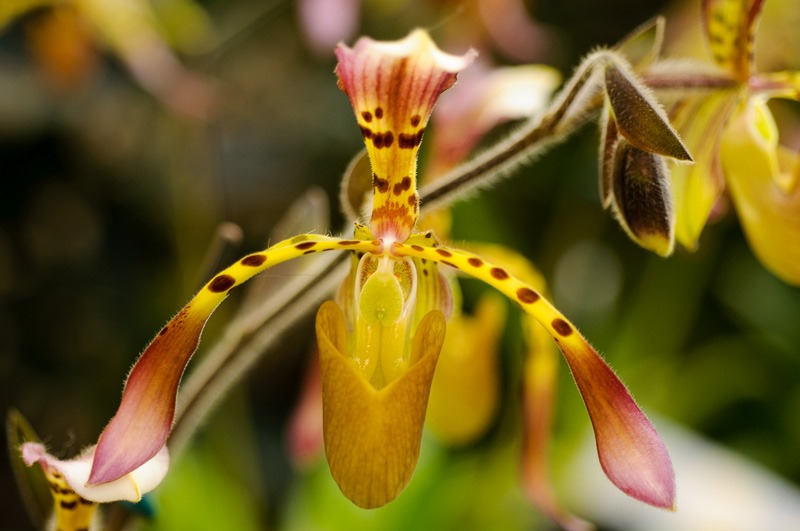 Shooting orchids is a bit easier, although some care needs to be taken that the flowers are not swaying in the breeze caused by the air conditioning. But here I go again, talking about how complicated and difficult it is to shoot these beauties. Not at all. Just take care of the basics and everyone gets good pictures. Apart from the guy with his iPhone, I’m not sure if he got anything usable 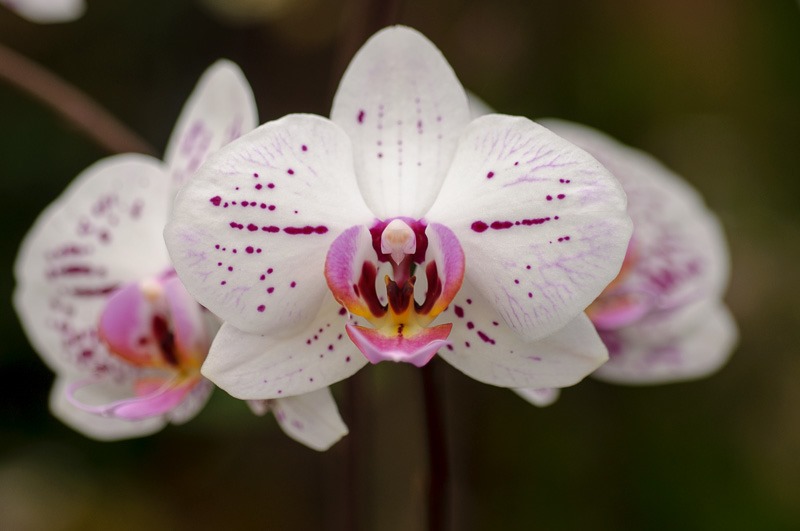 But in the end, that is not my business. Everyone can take pictures at this very colourful exhibition. Everyone should enjoy all those colours and forms of the flowers. Just before I had to leave, because duty called for other things, I decided to change the lens, slap on the 10-20mm and take an overview of the exhibition. 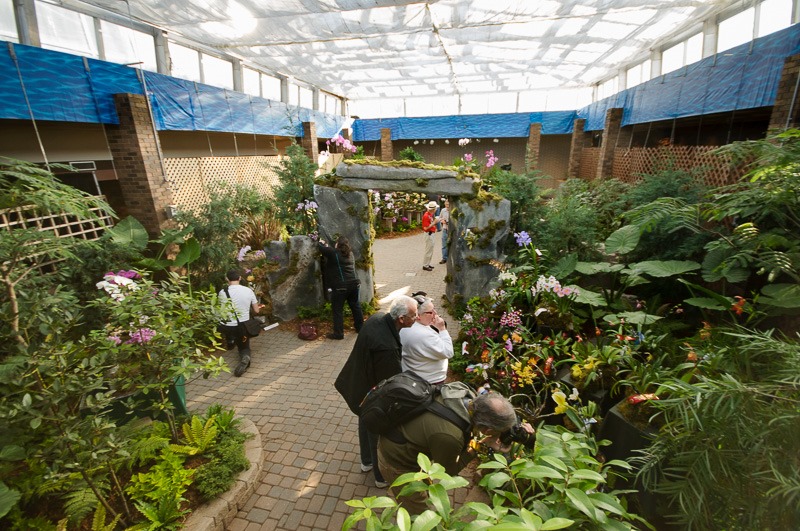 As far as you can see, there are lots of photographers and few flowers. That’s why you don’t shoot flowers with a wide angle lens in the first place

. Doing so would count as a frag, not a Phrag.