Nothing to shoot! Too cold to go out! Too dark, too light, no motivation. We’ve heard it all by now. It’s all because of the white stuff that still lingers around and even gets replenished at this time of the year. 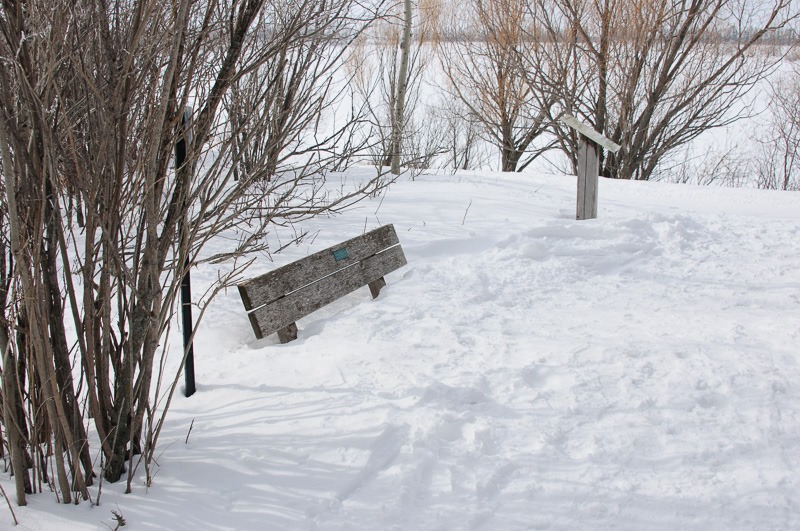 Some say that spring should have been here already. Am I happy that I can do nothing about it! Nor can anyone else. The only thing we can do is make the best of it, and keep those hand warmers handy when we go out.

Others turn to inside shooting, inventing scenarios for stories to shoot. And there are the ones that simply put down their camera, hunker down in a warm place and wait until it’s over. 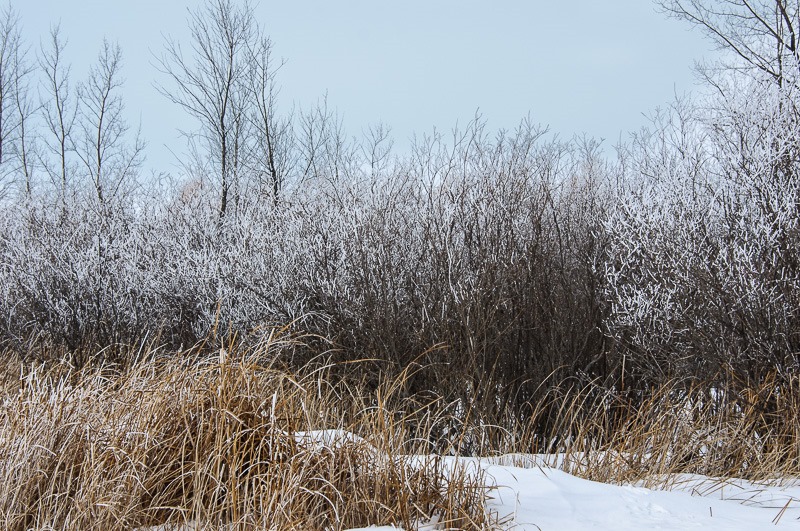 Not for me. There is no way that I am going to be sitting and working all week and not go out in the weekends. Ok, some weekends were out of the normal range of temperatures, but I still went out somewhere to shoot something. 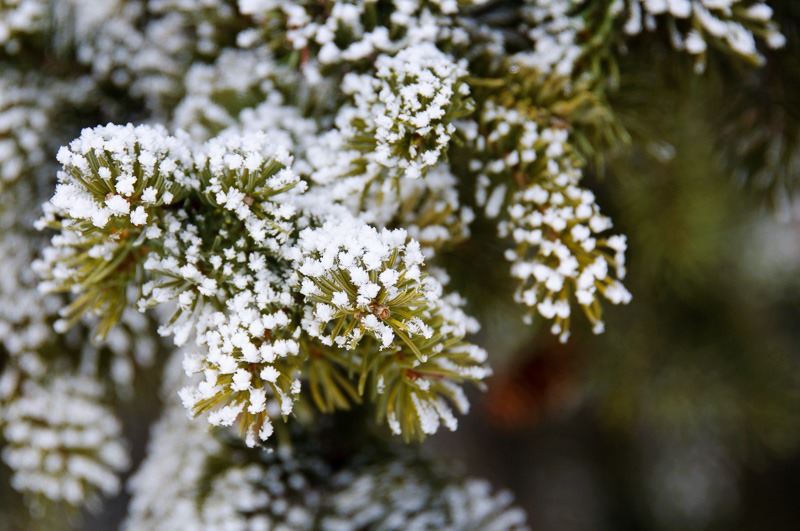 Since I prefer to shoot nature and wildlife, that puts me in a position of survival in the cold. My wife transformed a pair of standard flip-mitts into a shooter’s dream. The thumb is now also flippable and I can manipulate all the controls of my camera without freezing my fingers off. Combine that with my now nearly famous fur hat and Old Man Winter can only growl at me from far away. 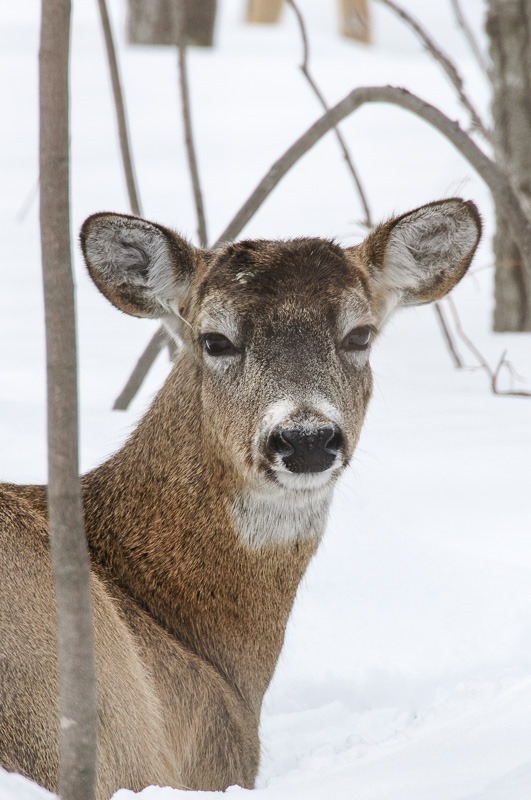 So what kind of pictures do I get, being so intrepid, might you ask? Well, for some, not really exceptional pictures. For me? Many of the birds and other wildlife were not available to me for shooting in Europe, so I enjoy every minute of contact with every animal I see. Shooting a deer in Holland has become very rare, unless you are a professional hunter for a restaurant chain that is. My D90 is no match for them. Here, the deer don’t even get up unless you’re closer than 10m away from them. 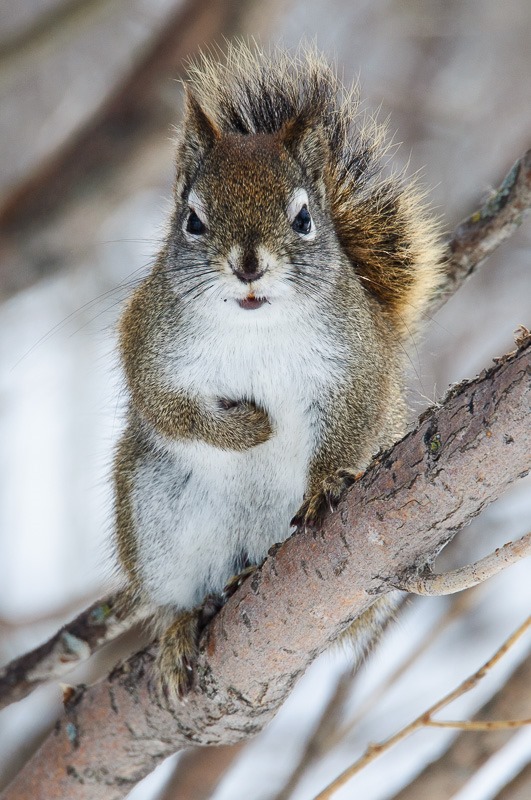 Squirrels, some like them some don’t. They may not be the best companions for your pets or the best guests in your house or garage, but shooting them in their own environment remains a great pleasure to me. Seeing them performing all kinds of acrobatics to get to a few seeds or nuts is a constant source of amusement. Then their manners towards animals much bigger than them is also interesting. Scolding 200 pound photographers because they get too close to their 1 pound selves…? HAHA

! But they do it anyway. 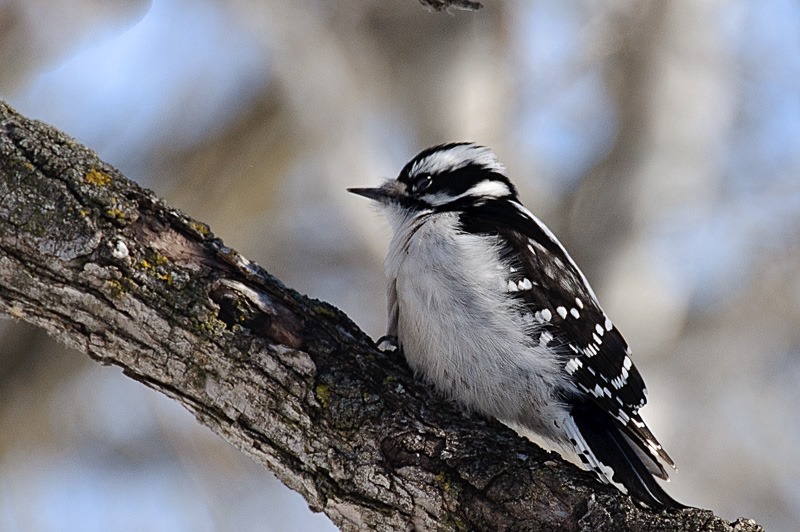 Then there are the Woodpeckers, Nuthatches, Chickadees and other small birds. They don’t leave here because it’s too cold. They simply hide in the snow or in hollow tree trunks until the weather becomes more bearable. And they fluff up while they are trying to find food. They don’t complain. 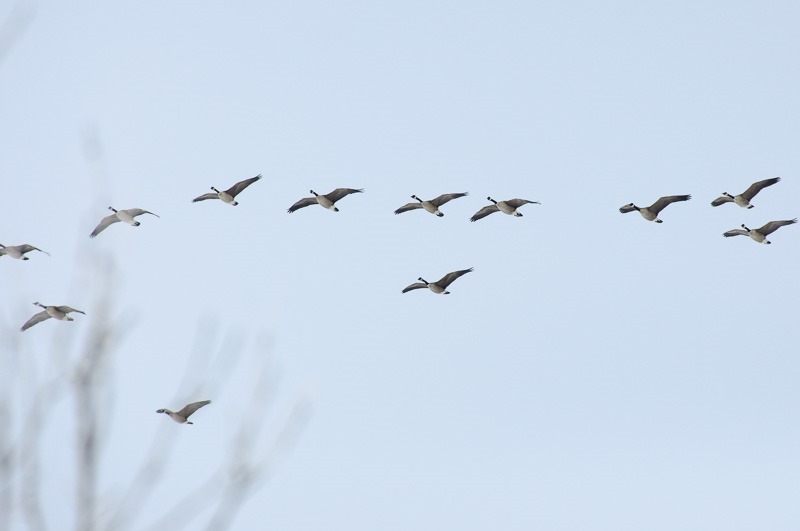 Then, suddenly spring seems to show its nose. A few days with more clement temperatures and the Canada Geese are back. Only a handful at first, but many more will follow soon. These pioneers will still have to survive some harsh conditions before being able to provide us with the little fluff-balls all photographers like in spring. Until then they seem to be yelling at each other without end. Seemingly complaining about the other’s inability to foresee a warm and agreeable climate here in Manitoba 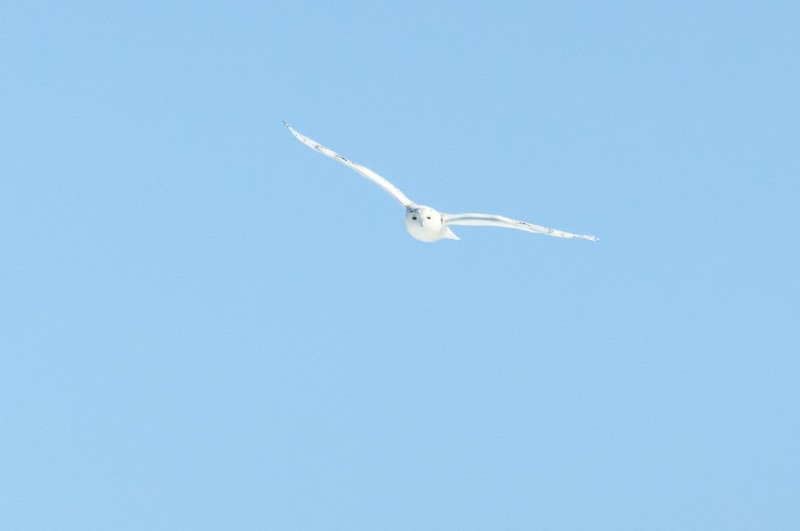 The places where nothing seems to live are not as barren as they seem. They white prairie, completely covered in snow and packed ice looks like a desert to humans. But to the Snowy Owl, this looks like its usual habitat up north in the tundra. No greenery for this bird, it enjoys hunting and teasing photographers. 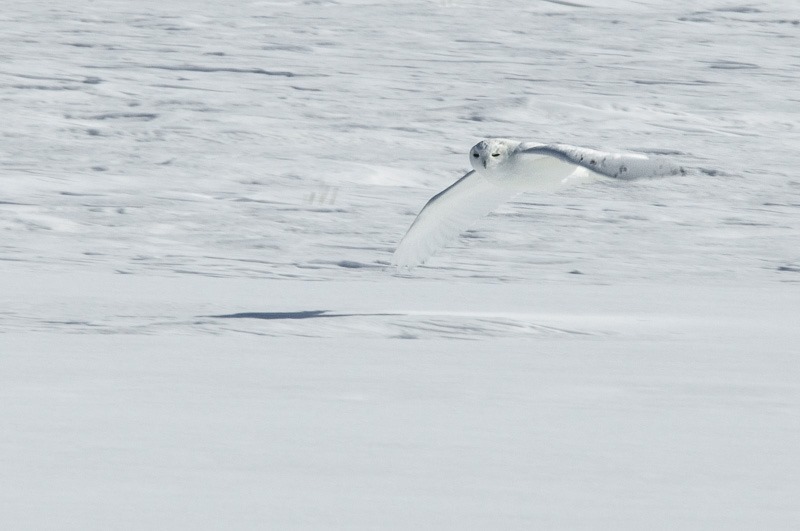 For long times sitting still on utility poles, observing its surroundings with great attention, looking at photographers with its yellow eyes. Waiting for the photographer to step out of the car and get closer. The photographer in question is always happy to oblige and always sorry that he forgets his home-adapted flip mitts in the car. Then he or she (above is a he) takes off and shows a magnificent skill in flying mere centimetres above the snow.

Then the show is over and the now frozen photographer can go back in the car that he forgot to close, so now the warmth also escaped from the car. Despite the cold, the air, the light or the darkness, there is activity enough to shoot. It’s just a question of how to find it.

Until next time, hopefully I’ll be warm by then again…