It seems like winter, snow, ice and shovelling are the foremost of our thoughts right now. That’s what a few months of low light and low temperatures do to a person. While I have refrained from posting “Winter wonderland” and “Look how beautiful the snow is” – type of blogs this season, I do feel the need to post something a bit more colourful. 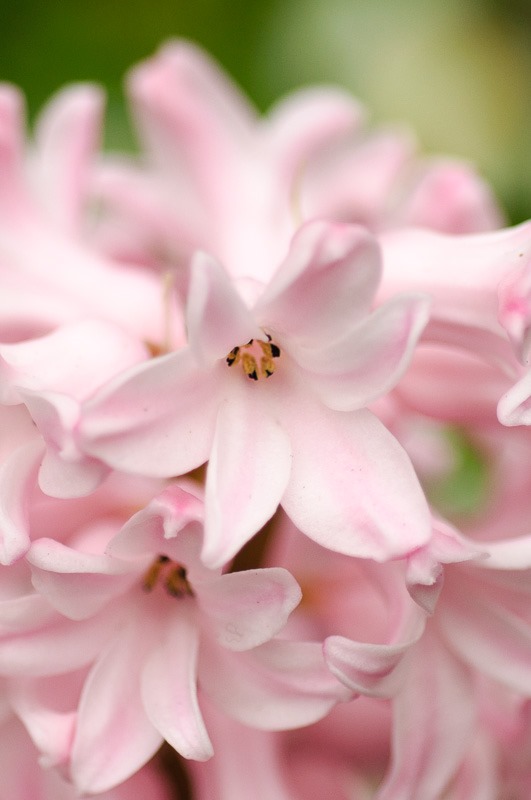 As if to underline the absence of the mentioned subjects.

At this time of the year, the Assiniboine Park Conservatory organises an exhibition of tropical and domestic flowers and plants. In bloom for the most part. Some of those flowers and plants I could name, others are total unknowns to me. Not that that is very surprising. I never paid attention in Biology Class some 35 years ago. Not that I would have learned the names of these plants anyway. 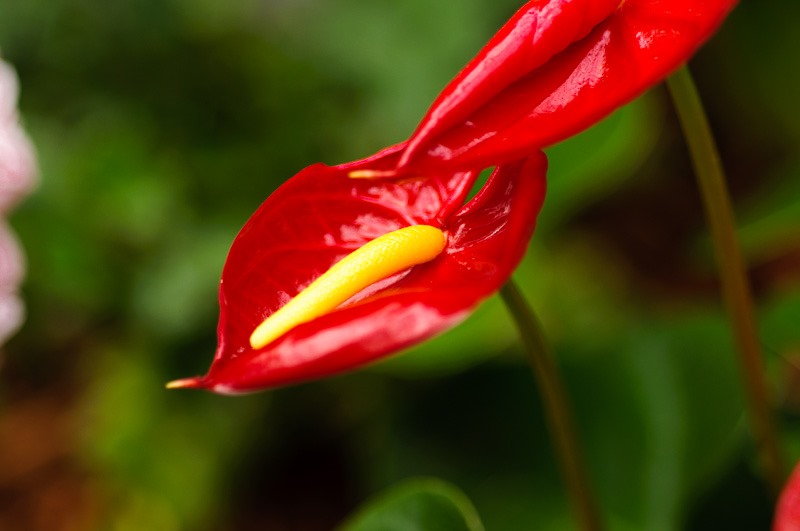 . This year, the Conservatory decided to turn up the heating. Usually only the hothouse it hot, but this time even the “cool” part was hot. 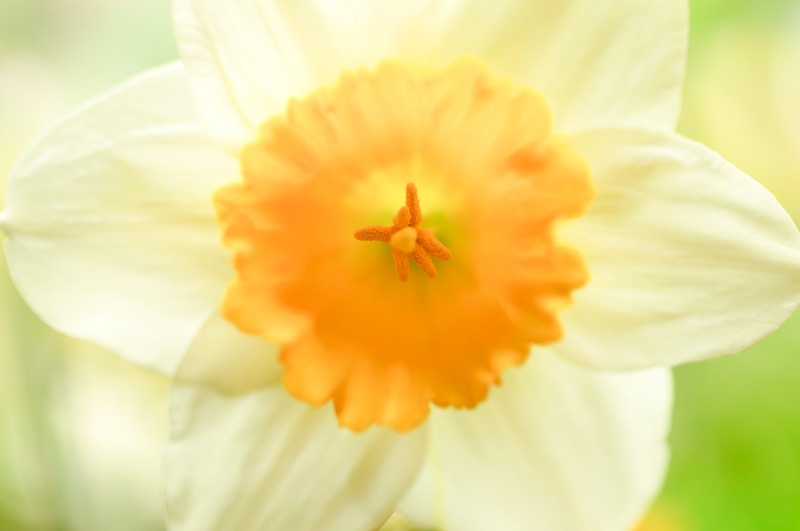 When I got a glimpse of a thermometer in there, it barely registered 25C… I guess that after three full months with temperatures in the –20C to -40C range, the perception of “hot” changes. The above daffodil seems to have been invaded by a sea-star, albeit a bit messed up one. 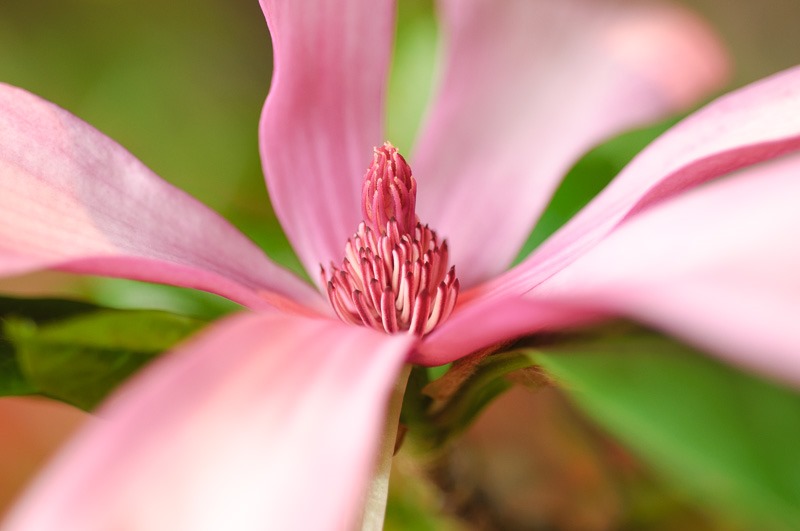 After a while, I started to see that everyone of the MFF was shooting the same flowers and plants, so I went looking for something else. The above Magnolia was overlooked by most 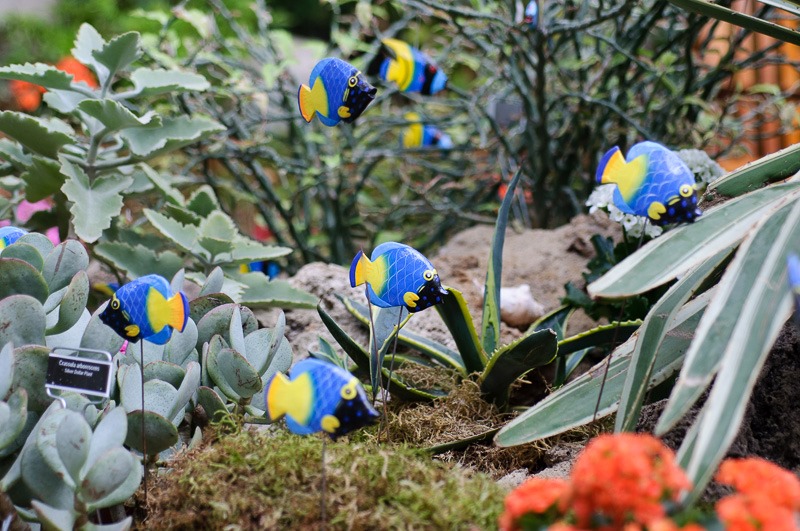 Clown fish of the wooden kind

But not everything that was there was to be plants and flowers. Part of the exhibition was transformed into a walk-in aquarium, with fish and jellyfish. The fish were easy to find, but I needed a shot of a previous visit here to get the jellyfish. 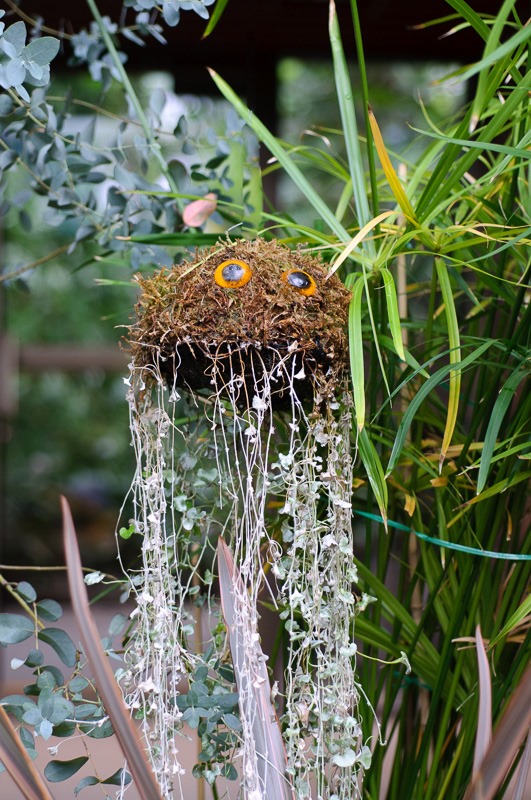 Funny and / or scary

I am not a fan of jellyfish as often they sting and irritate your skin, but these looked kind of cute. In fact, during that visit, I was alone in the place and I had to laugh out loud for real (not the LOL kind…).  Before the visit with the MFF, however, they had been removed. probably they didn’t live very long. 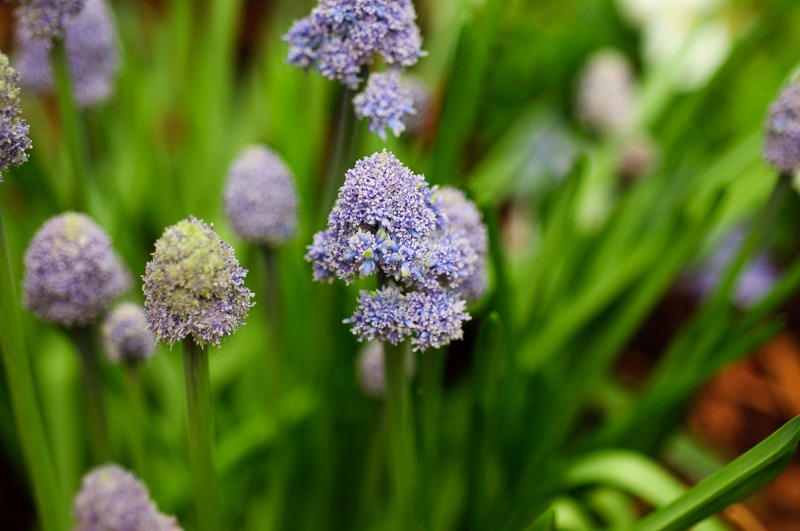 So I went back to the flower part to see if there were any spots that hadn’t been taken by others yet. It’s not that they were “everywhere” but as a photographer you don’t want to place your tripod in a spot where another tripod already has been planted. 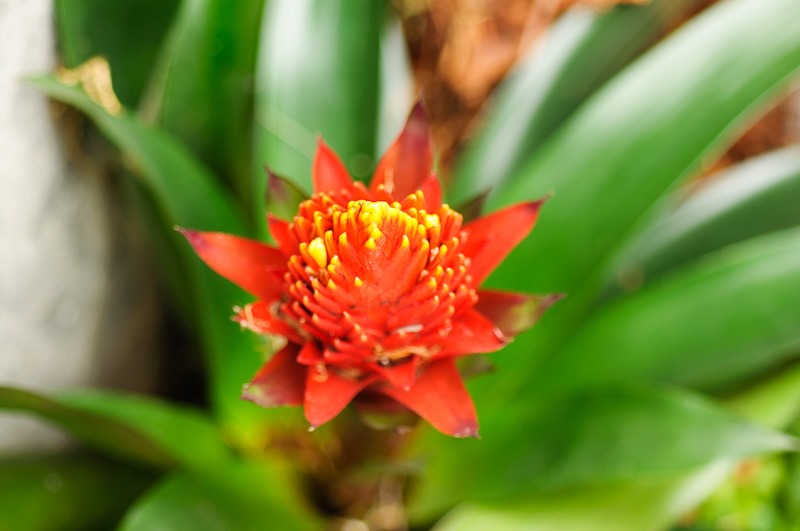 Some of these flowers look soft, but most of them are as hard as plastic. The do have an appeal for tiny insects, though, so the plastic appearance is only a way to protect itself from damaging animals, like humans. 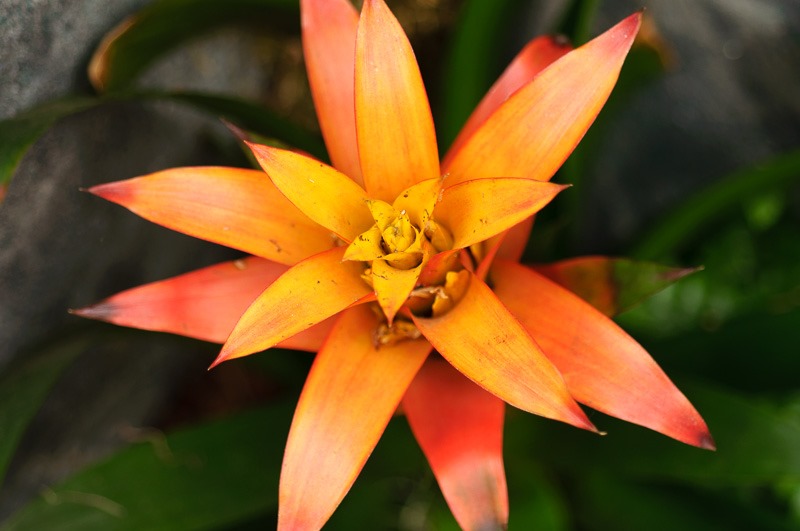 I had never seen a Bromeliad in this colour though. Even on Martinique, where I have lived some time, theses plants/flowers were always red. It is also not a question of White Balance being off in the camera, I assure you. 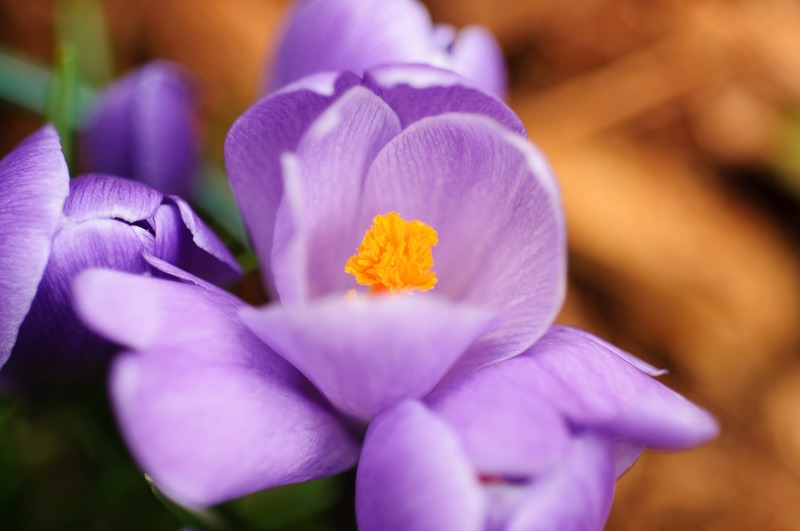 For a last bit of colour, this little crocus. A real one, not like the Manitoba Provincial flower, the Prairie Crocus. This is just your plain, garden variety of a crocus. Getting a picture of it up close was thanks to my 60mm macro lens. All the pictures in this post have been taken with this lens. For one, to get the most details in the pictures, and for two, I need to try out this lens way more than I have during the last few months.