As many know by now, we were in Ukraine a few months ago. While many people were already boiling with anger against the government, none of that transpired in the streets. The mood of the city seemed to be quiet. 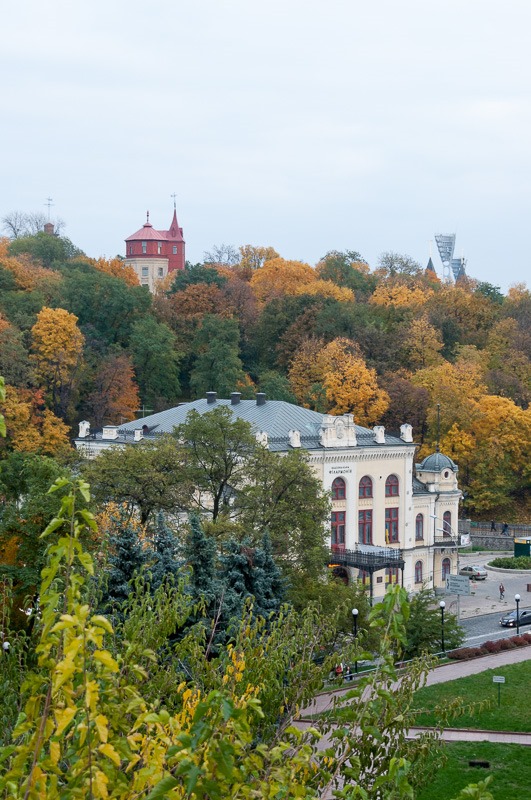 What was “off” would become clear a few weeks later, when more than 82 people had to die to get rid of the corrupt president and his cronies. In the main photo, the rightmost light post was to become the first scene of violence and actions against the government. The National Philharmonic building barely spared from disaster. 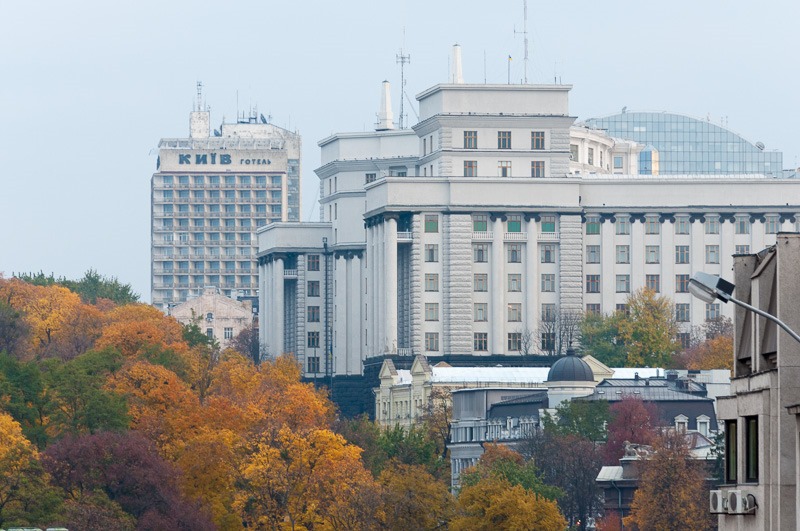 Hotel Kiev in the background

This seemingly quiet street was soon to become the scene of violence, resistance and death. Nothing transpired of all this when I took this picture, though. Watching TV told us that things were about to explode, but it was hard to believe. Ukrainians are usually not a very exploding people, more likely to suffer than to stand up and lash out. 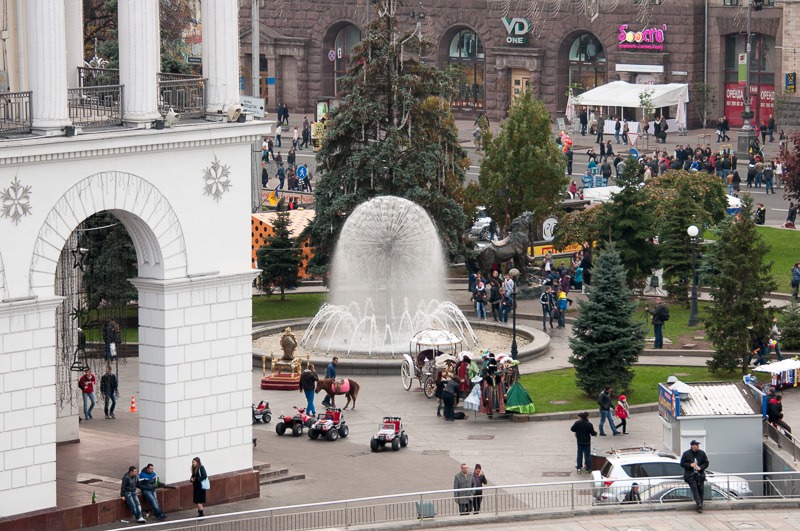 Maidan is usually a nice and bustling place, full of activity. And most of all, absent of any violence. Kids can ride ponies or small cars for a few cents or pennies. Even middle aged clothes are available for taking a picture “of the era of the Tsars”. 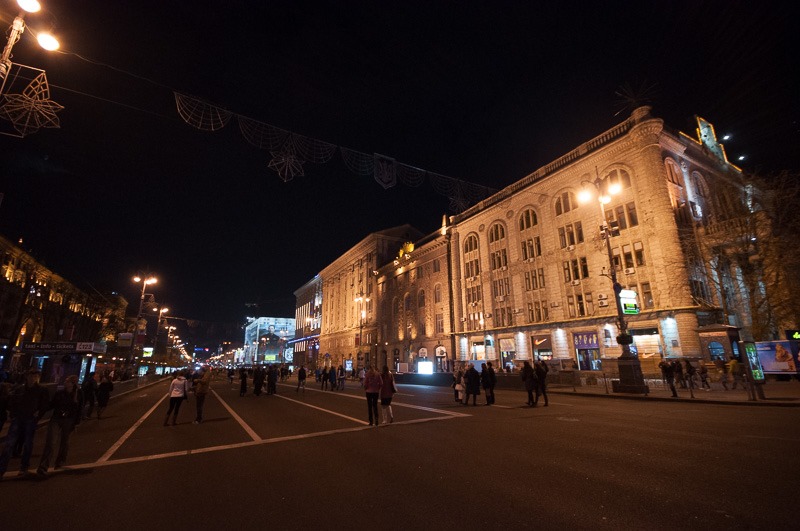 A walk in the evening over Khrestchatyk, the main street leading to Maindan Nezalezhnosti in the weekends is always a pleasure, cars and other motorised vehicles are not allowed, leaving the place for pedestrians. A real treat in these busy days. 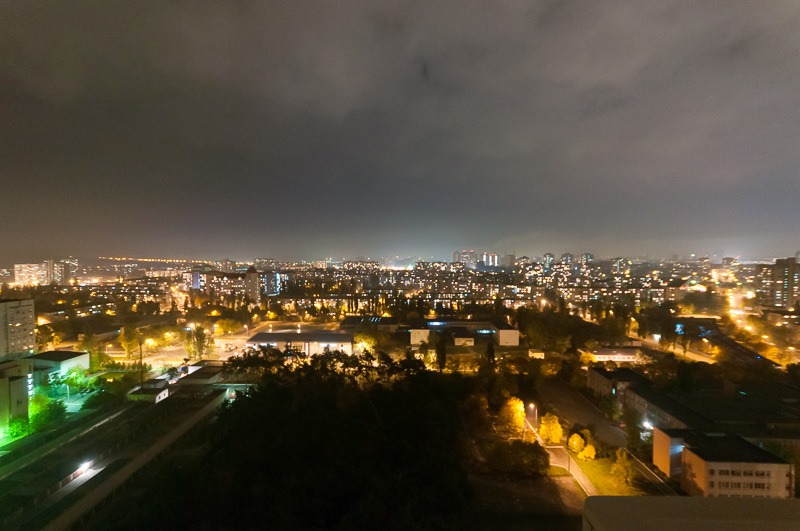 We spent the evening in the apartment of a friend, high above the city. Trying to take a picture of the city looking south is not an easy task without a decent tripod. This picture was taken on top of a switched-off A/C, leaving the camera completely outside of the building. Easy to say that I held on to the lanyard as if the wind would swoop it up and blow it away, 24 storeys down. 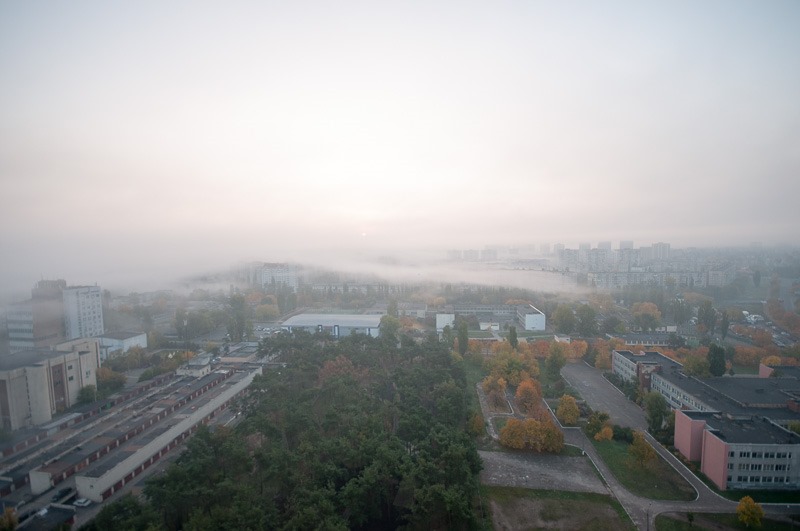 The next morning was filled with mist around sunrise. That meant going back to the same spot, holding the lanyard again and take some more pictures. Minutes later the sun would peek through the mist and became too bright to take any more pictures. 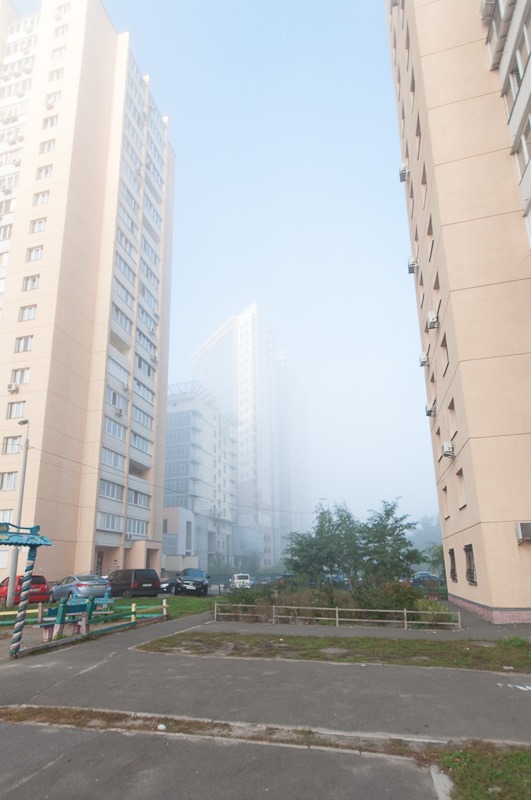 After breakfast we went out to walk some more through the city, on our way back to our small town in the north of Ukraine. The tops of some of the buildings were still shrouded in mist, giving a nice moody picture of an early city morning. 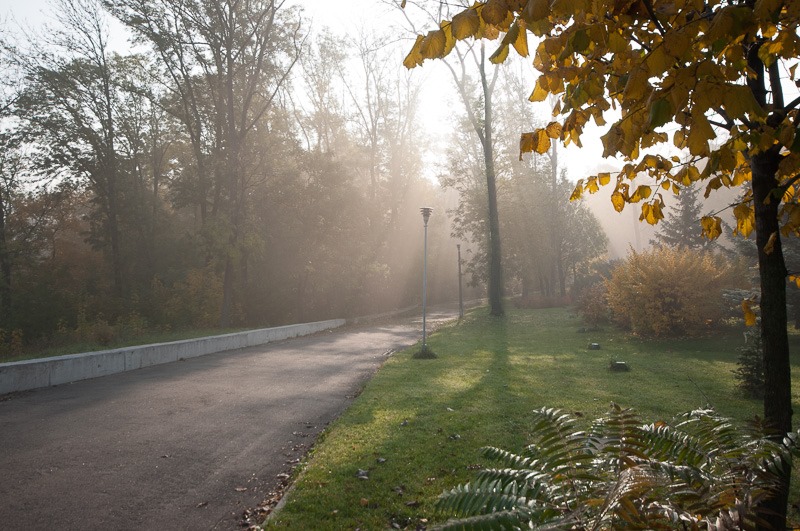 We went back to the city, to take more pictures, a park that had been under construction for as long as I can remember in Kiev (about ten years) had now been completed. The atmosphere was very quiet.

From the position of this picture, I turned a quarter turn to the right to shoot the main object of the park. 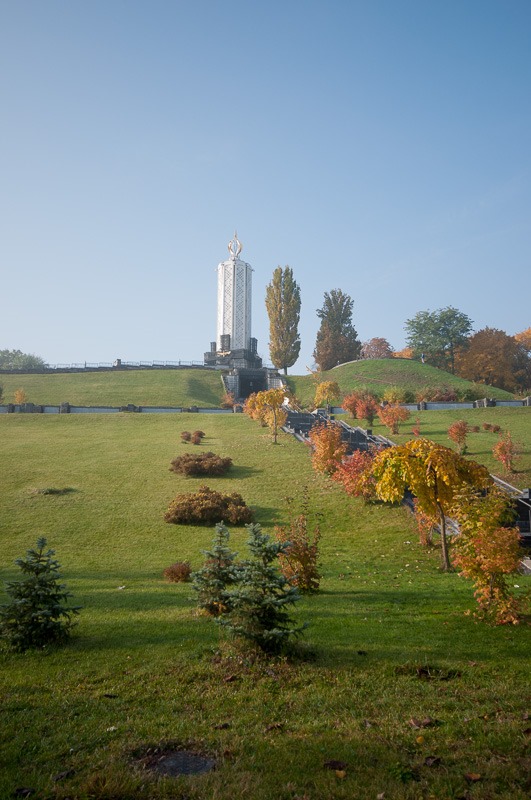 The monument is for the Holodomor, the man induced famine, created by Stalin in the 1930s to hunger out the Ukrainian people. They died by the millions. Russia has never admitted that this had been a genocide, though.

The Ukrainian people are industrious and are a “saving” people. When the pig is slaughtered in fall, everyone has sausages and other products for the winter to come. In Russia, that same pig will create a great party with lots of samogon flowing. Nothing wrong with that, were it not that the rest of the Russian winter is usually hard and hungerful.

Ukrainian people are usually self sufficient and thus do not depend on “masters” to survive. And that is exactly what infuriates any Russian “overlord”. It simply means that the people has to be broken instead of simply annexed. Something that the current invader of Ukrainian Territory in the south (Crimea) and east (Donetsk, Donbass) had better understand…