Take me home…. We know the song, but do we know that road? Having lived all over the world, I can only say one thing: those roads always lead to where the heart is. Home. 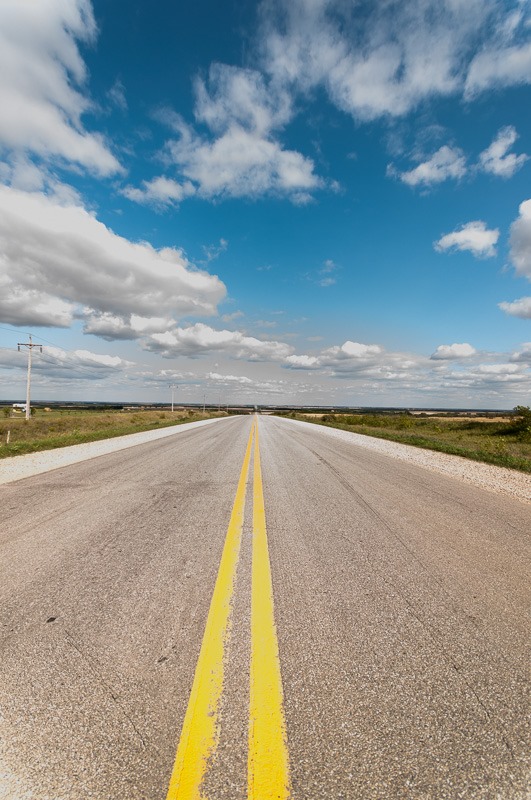 But sometimes, those roads don’t look as if they want to take you home…

Manitoba roads can be a bit tricky from time to time. They can also become invisible, or disguised as a not-road. Let’s take a look at some of the roads I have encountered in the last few years.

The lead picture is a road leading from Riding Mountain National Park back into the lowlands of the prairies. Or better said, back to the bottom of Lake Agassiz. 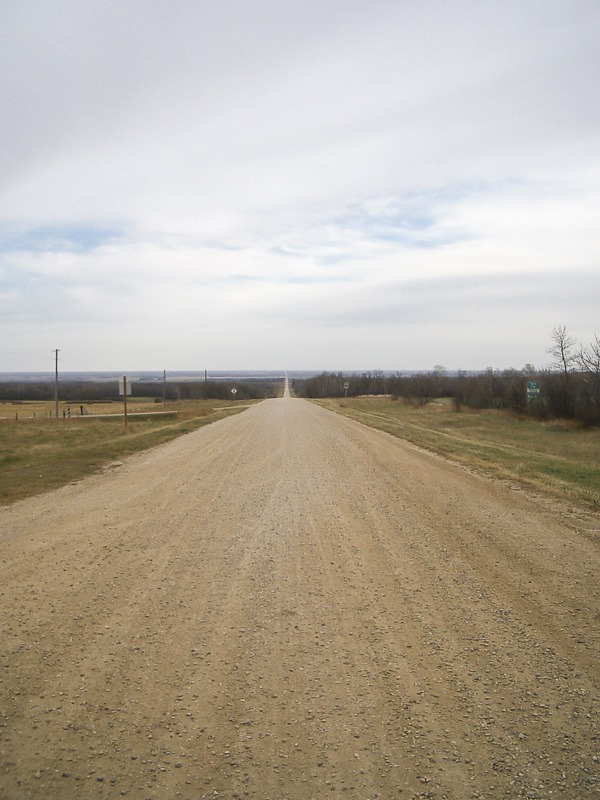 This road here does not look like a real road. Leading out of one of the entrances of Riding Mountain. Pictures show that this entrance was already used in the 1930’s and thus has never been paved. 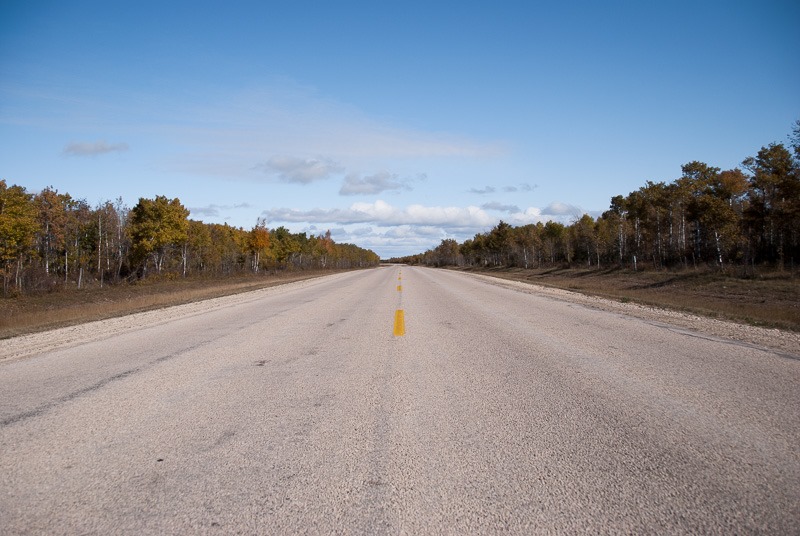 Going north, up towards Lake Manitoba and the Narrows, a place where the two parts of Lake Manitoba meet sometimes with roaring noise of wind and waves. The road looks wide and easy. In winter the cleared snow will take up most of the space between the road and the tree line. In summer, this cleared space allows for better viewing of wild animals wishing to cross the road. 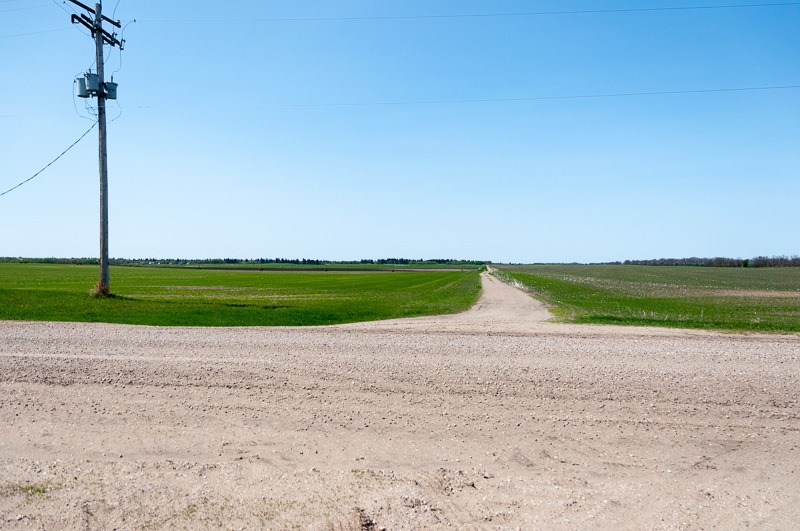 A road in the centre of Manitoba, leading to a Hutterite Colony near Spruce Woods Provincial Park. We wanted to take the shortcut to the Spirit Sands (we have been there before) and used the GPS to get there. All went well until the last part of the road turned out to be a sandy path mostly used by fire trucks and tractors. Not a good place to drive a city car through. We ended up returning to the main road and following the signs instead. 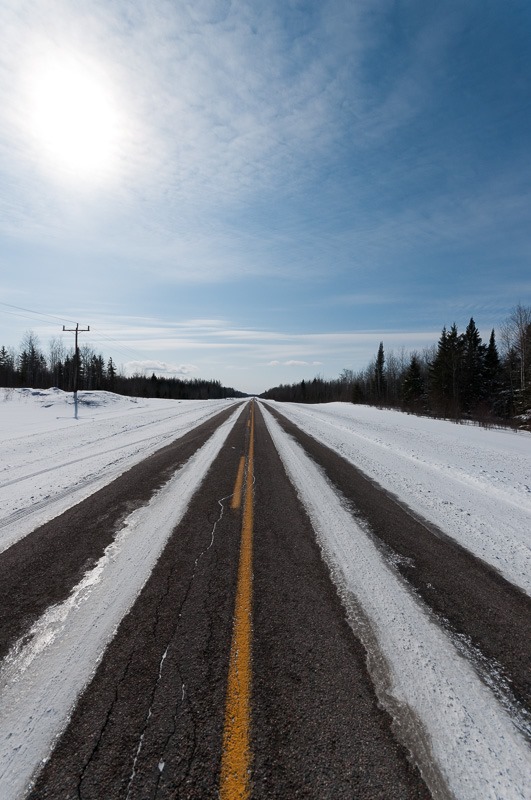 The roads in winter seem to be good, as long as you don’t drive while it is snowing. This road 304, near Powerview Falls seemed nice and friendly. but only on this stretch. I turned around to take this picture and decided to return home. The rest of the road was more ice than road 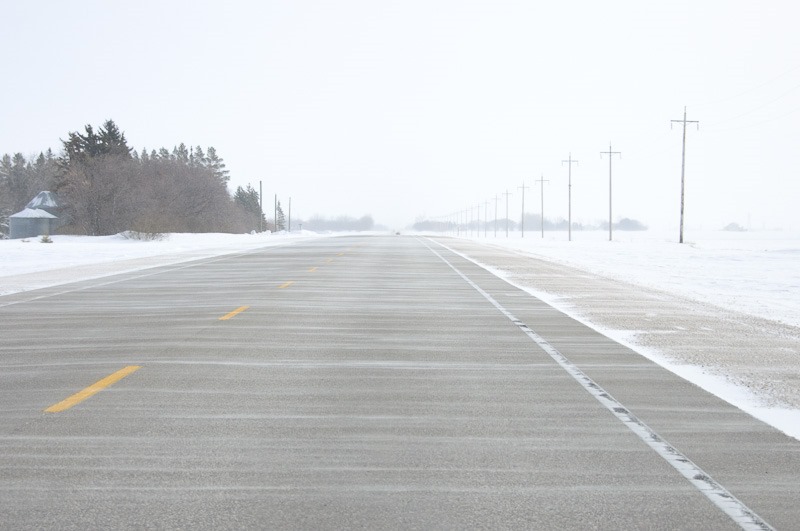 Winter roads present all kinds of challenges. When it is not snowing, but snow is blowing over the road like this, watching it too long can make you fall asleep. The effect is simply mesmerizing, the swirling and billowing of the white wisps is sleep inducing during the day, but invisible during the night. Small favours… 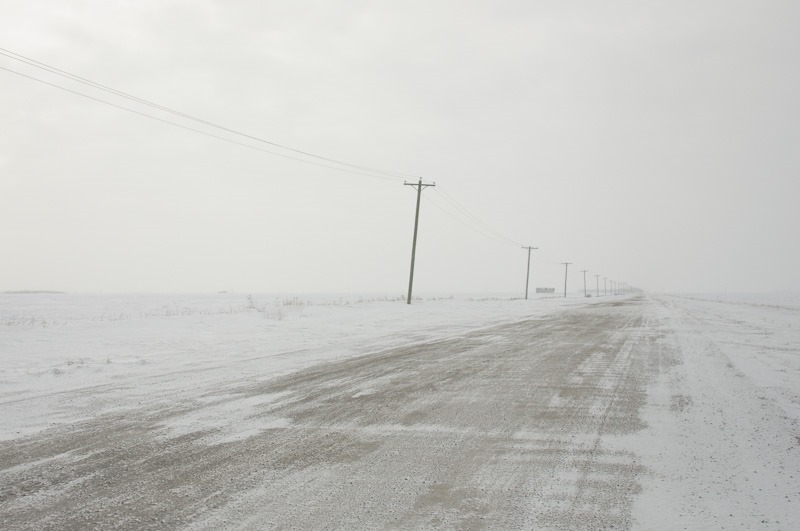 Other roads combine the absence of pavement and the blowing snow. The utility poles can still show you where the road is supposed to be, more or less. A curve in the road is shown by a change in the direction of the lines. A few times I needed those lines to reorient myself. 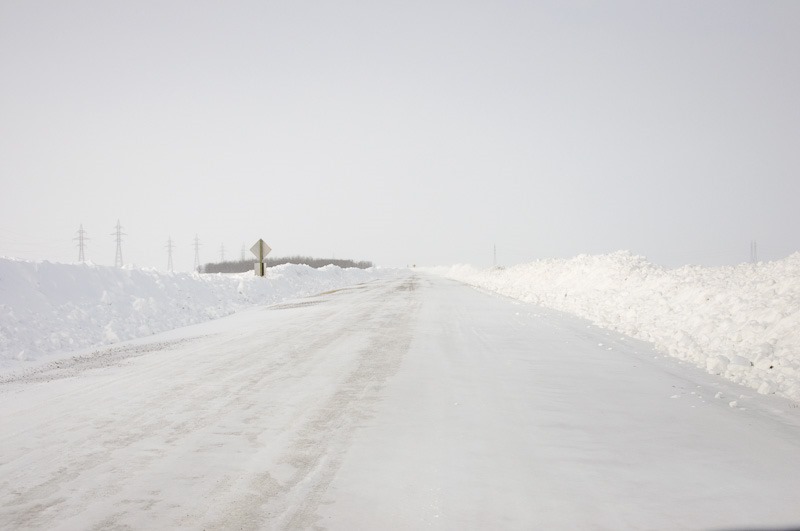 And when there are no utility poles and lines, the sides of the roads can keep you in line too. As well as give you snow blindness after a while. Sunglasses are a must in these conditions, the polarizing variety is the best for driving.

But all those roads have one thing in common: they take me home, wherever that may be.

Take me home, to the place I belong…