It’s not easy to come up with good photographs to post when you don’t go outside. Usually I don’t mind low temperatures, but this winter has been on the cold side of things for me. When temps go as low as –37C then I don’t really relish the fact of going outside. 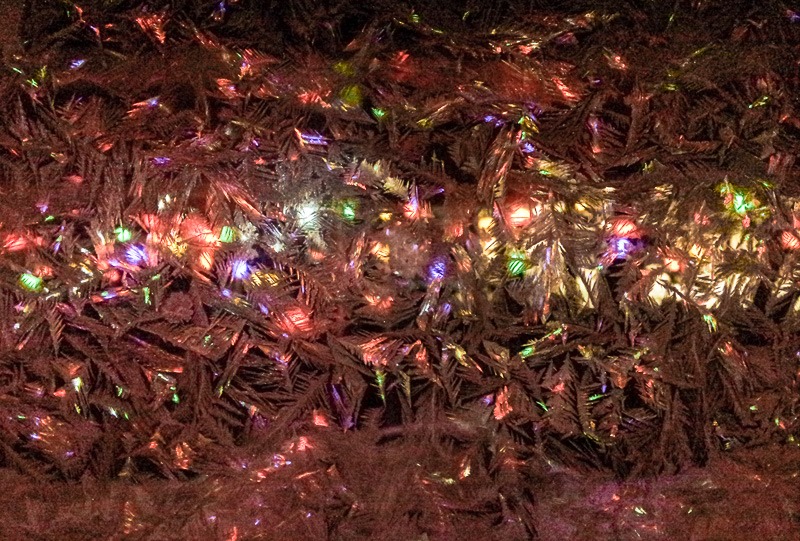 The fun is that after those frigid temperatures, nearly everything looks warm, it even feels like spring is around the corner. When I finally could open my frozen windows for the first time after a few weeks, I heard the birds sing and smelled the fresh air come in. For a moment I had the feeling that it was already spring.

Not so. The outside temperature was a balmy –17C (+1F) still just as cold as my four star freezer. It felt as if I could go out in a t-shirt and get a sun tan.

It would have been ill-advised.

So what to do when all you can share are old or archived photographs? Try and get some new ones anyway! 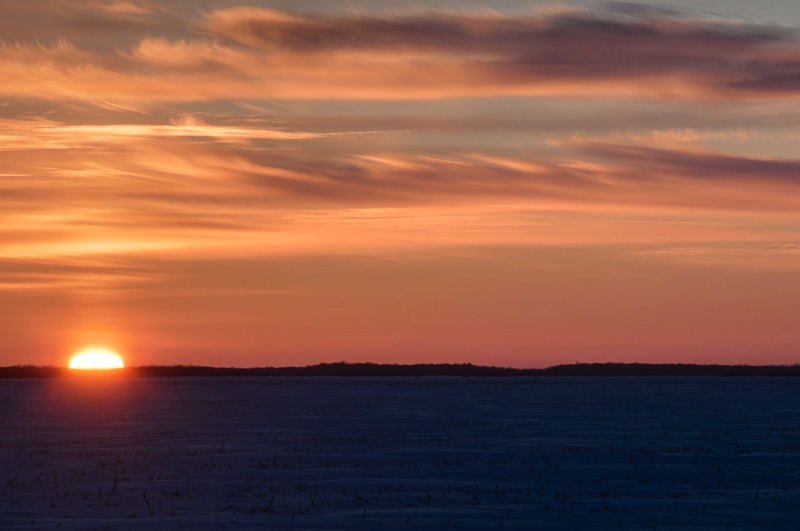 Freezing sunset over the prairies

Going out for a drive to southern Manitoba yielded this beautiful sunset. Granted, once you have seen one sunset, you have seen them all, however beautiful and unique they may seem on the spot. In fact a sunset shot is something I believe to be very personal. You remember the feelings of the moment, usually pretty strong feelings. But to an outside spectator, this is just a sunset. And, truth be told, who cares if I nearly had frostbite, trying to get this picture? All that is left is a classic picture of a sunset. 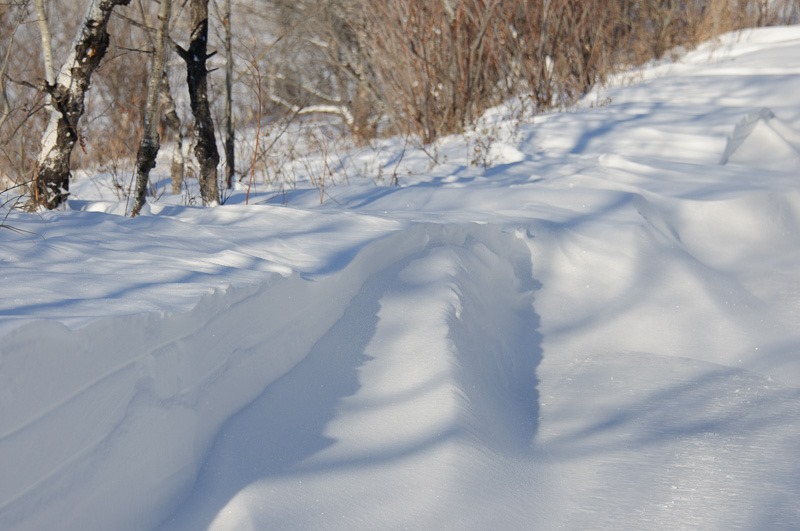 No, you need pictures of snow and ice to make a difference. Icy and snowy fields are a favourite of many photographers. But when it is too cold to stay outside for more than 1/1000th of a second to get that shot, pictures become rare. Also, composition seems to take a hit. You don’t want to stay there one second longer than necessary, long periods of composing for just that right angle and point of view are out of the question. 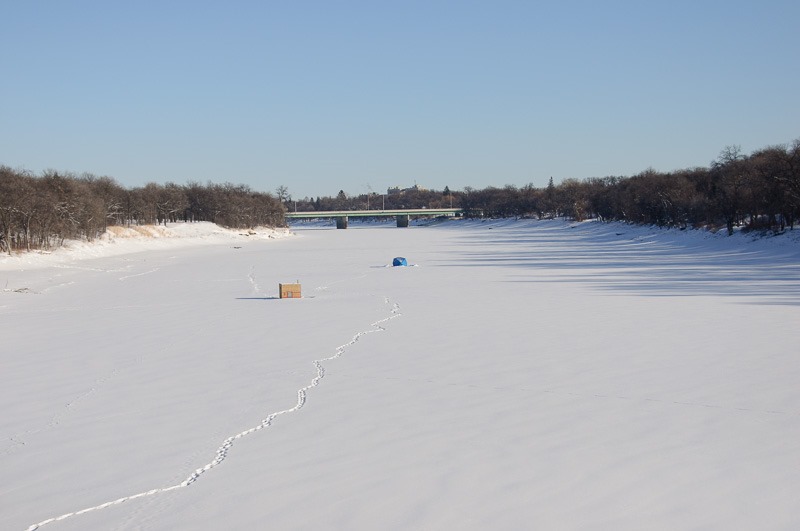 Walkin on the Red…

But everything has an end, even the bitterest cold. This cold “snap” lasted a few weeks, not really a snap anymore, more something of an imposed lifestyle. After so many days of being huddled inside, it is a real pleasure to go out and shoot. Anything. The Red River above was already inhabited by fishermen. What struck me the most was the trail of footsteps leading to or coming from those ice shacks. In either direction some liquid must have flowed 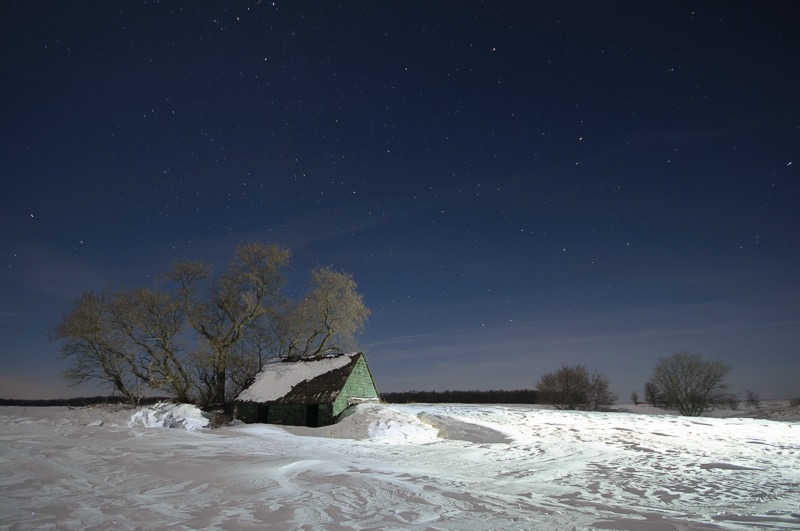 Then comes an evening with a text message from a member of the MFF. “Let’s go and meet at (GPS coordinates)!”. Always welcome, always a pleasure. The place was some 90km away from Winnipeg, but who cares when it is to get that perfect night shot with a supposedly perfect Aurora? Once arrived on the spot, the last kilometre proved to contains some obstacles in the form of a closed bridge. Closed to traffic, that is. The final shot was one with the involuntary help of a starting car. The headlights made for some interesting light painting. Something you cannot get with a small pocket lamp. As for the Aurora? Elusive… 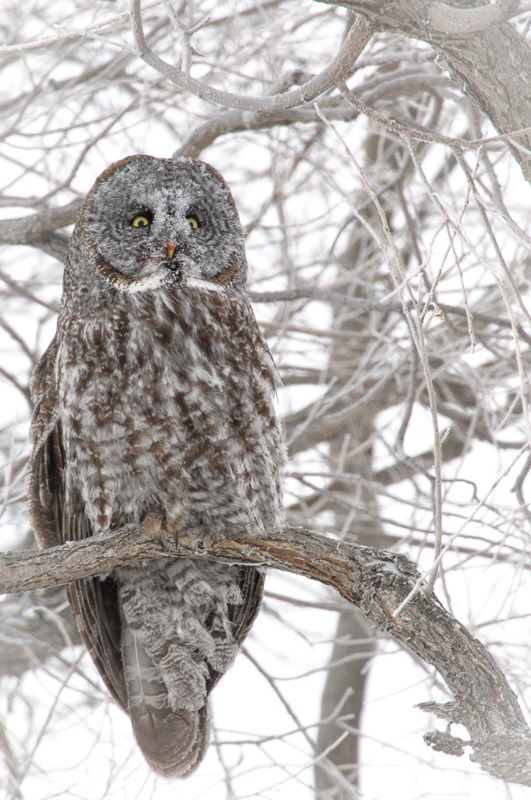 Great Grey Owl after a snack

A few days later it was time to go out and find the first birds of the year. I was informed by a friend where owls could be found. The first time I intended to go was while it was still –30C. Too stressful for the birds to cope with a photographer. They were working their tail feathers off to get a meal. Not cool to disturb them then. A week later the temps were more clement so out I went. The first shot I got was the above one, of a Great Grey Owl, apparently just minutes after his or her meal. Its beak is still coloured red. 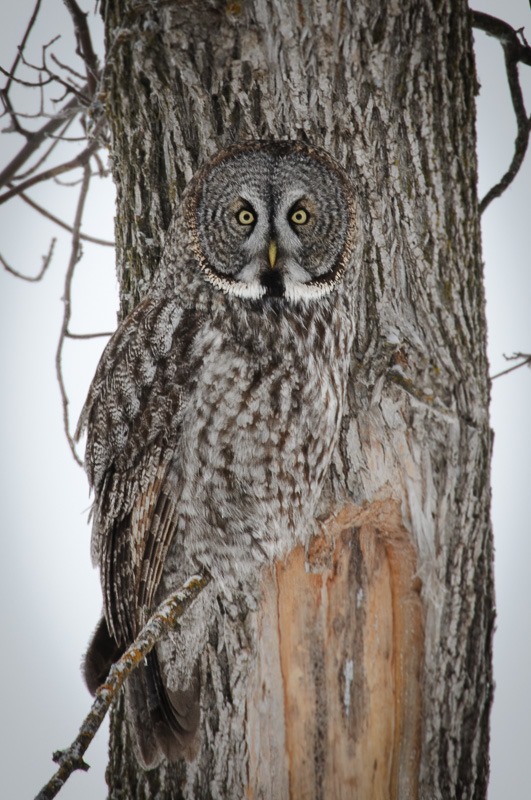 A few hundred metres further down that road I spotted another one. This one was carefully hidden against a tree. Not hidden enough for me, though. It was looking in all directions, but when I made a slight whistling sound, its eyes were trained on me to kill. Seeing only a big photographer was not interesting and it soon resumed hunting from its perch. While those birds seem big, they are rather tiny underneath all those feathers. Look at that tiny branch it’s sitting on. 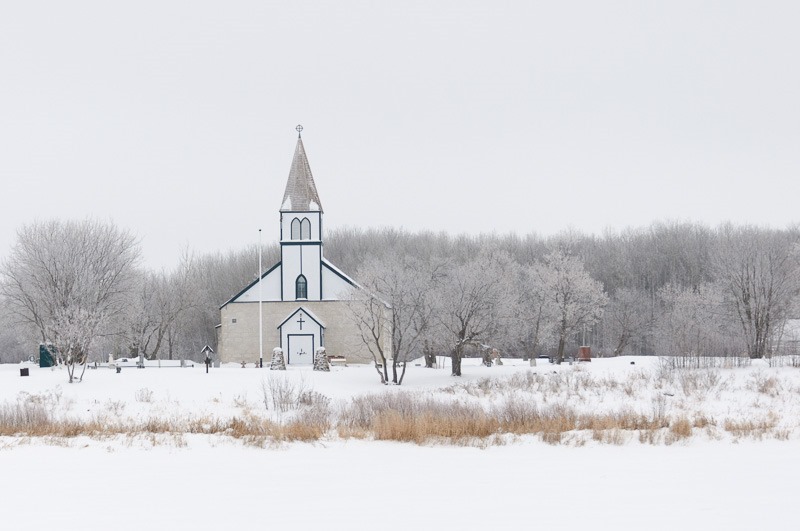 On my way back I risked putting the car in a ditch to get this shot of a church across the Red River. This high-key picture was too good to pass up. Getting away after the shot proved to be a bit more frustrating. In the end I got out, needing a full wash for the car.

When winter is too much winter to handle, you need to find other things to shoot. If you don’t, you find yourself pretty frustrated, shooting anything that comes in your field of view. For me that’s not an option, I can wait. But not too long. Once winter calmed down a little, the outside was where I wanted to be. All in all a small collection of photos that are still worthy of showing.