We all get this: “Eat your vegetables!” to which the likely answer is: “Nah, better give me another chicken wing!”. And that is where the problems start… Oh well, to make your life a little easier, I decided to serve you a healthy dose of vegetables in just one post. 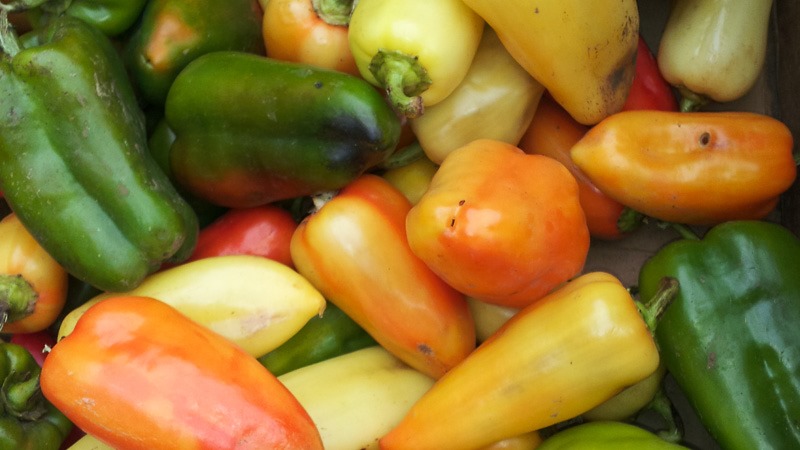 No gassed or poisoned veggies here, all natural and nearly ready for consumption.

But you do need to prepare them, raw they are not really tasty, most of them, anyway. Many of these pictures have been taken over the years I was living in Ukraine. Some were shot in pure JPEG, using my first digital camera, about ten years ago. Others are cellphone shots, simply because shooting market wares with a big DSLR is really frowned upon. Mostly out of fear, even if nobody has anything to fear from me. 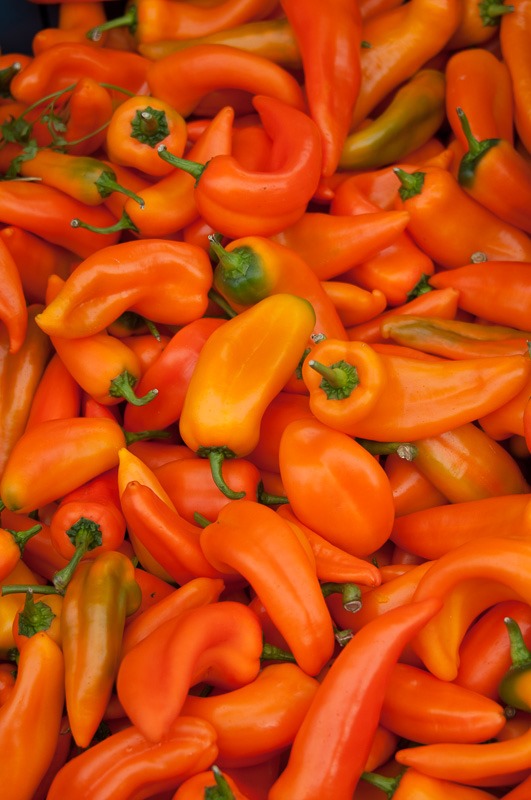 That aside, vegetables in Ukraine have a different feeling over them. They seem like… fresher… I don’t know, something is different. Perhaps you can tell me what your impression is after looking at these pictures. 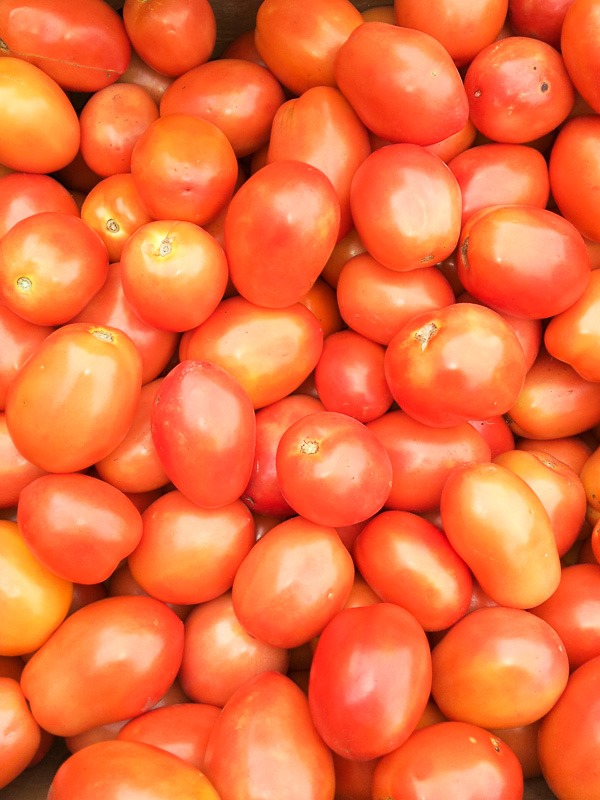 None of these vegetables have received any pesticides. The idea in Ukraine is that pesticides are expensive and do not weigh out against the benefits of good veggies. Also, the benefits of having more pieces to sell does not stack up against the cost of pesticides. In other words, too expensive to spray, if you like the veggies, buy them with any “extra” protein, or leave them and buy from my neighbour. The said neighbour may have his or her field just next door and will have used just as little spray and will have the same insects in the wares.

The previous pictures were taken on the fresh market in a city called Konotop, in the north of Ukraine. 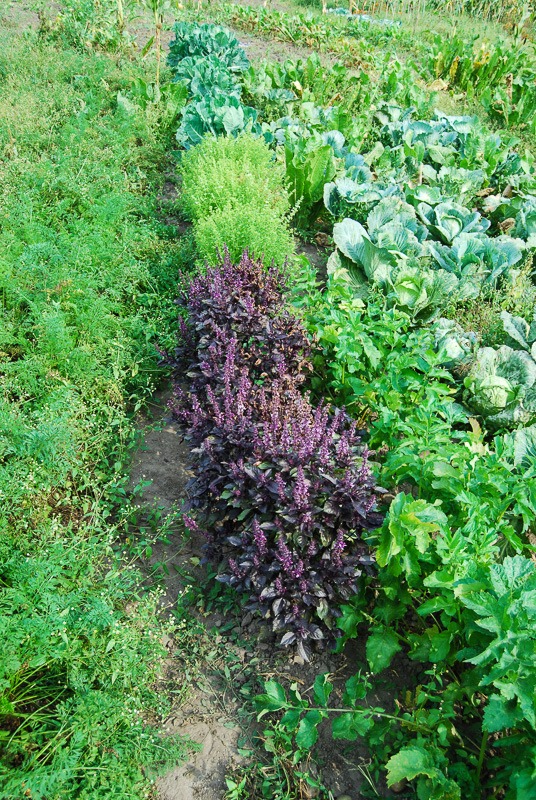 The next pictures come from the place where they were harvested in a village called Dubinka. I have blogged already many times about Dubinka, like here and here and here. 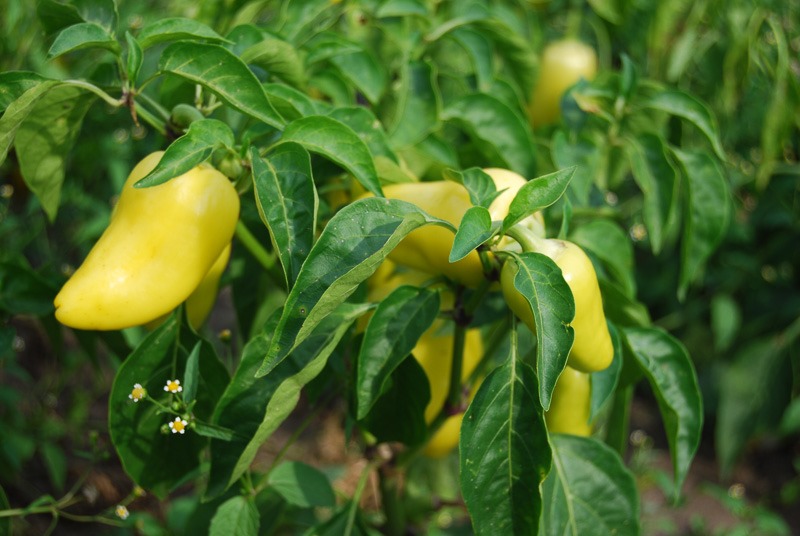 Dubinka is where my parents in law have a house and a vegetable garden or kitchen garden. It provides for year-round potatoes and cabbage. Other vegetables come from the ground during their season. So we eat strawberries by the tonne, during the two-three weeks they can be picked. After that we recover and move on to other fruits 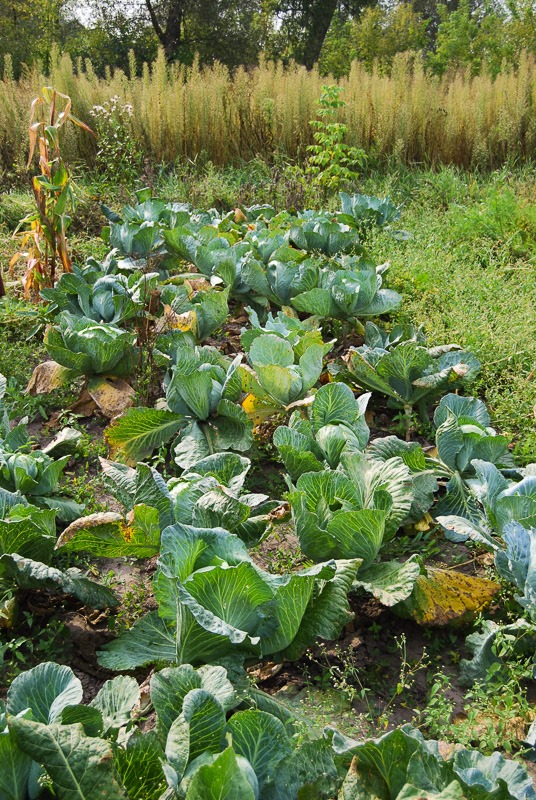 Cabbage is a popular vegetable in Ukraine, in all kinds of forms. The most well-known form in Canada for Ukrainian cabbage is in Holubtsy or cabbage rolls. One day I might post a recipe to make them in Ukrainian style, who knows. 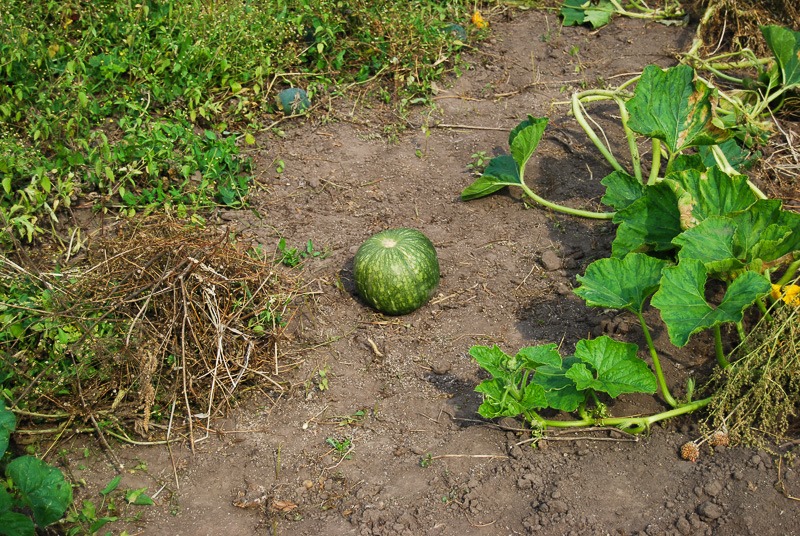 Watermelon is also very popular, again only during its season. When they are there, ripe and sweet, there is nothing better to quench your thirst. And they are sweet, nothing like the watery, tasteless things you can buy in the big supermarkets. 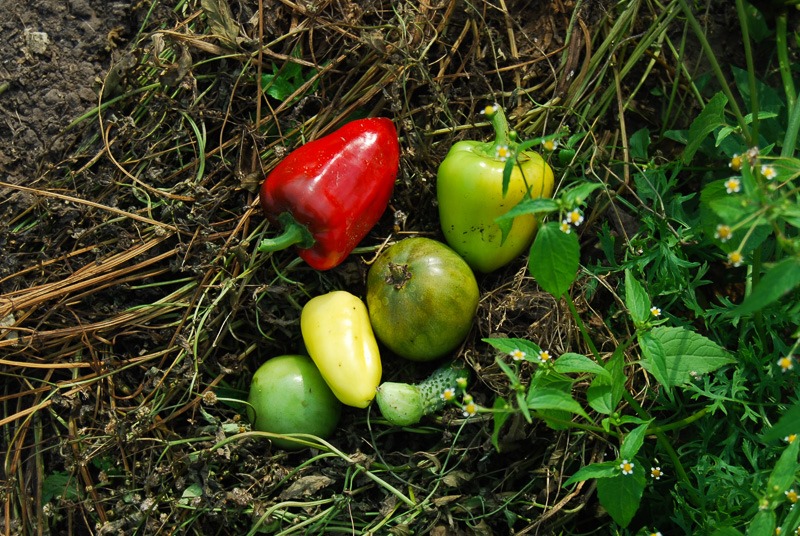 Peppers come in all sorts and sizes. Most of them are not very hot and can be used in salads. The hotter versions mostly come from the south of Ukraine, where the sun will bake them a bit more and deprive them of water. In other words, they are a bit more concentrated. A few times we made a puree of those peppers and called it liquid fire. Just push them through your standard meat processor, add a little vinegar and salt for taste and you have your own “Sambal Oelek”. 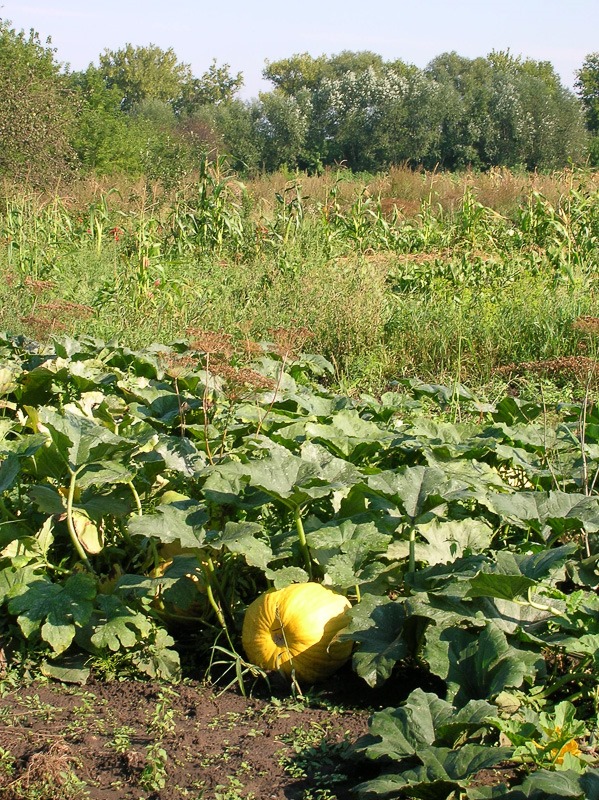 When the time for Halloween comes, the pumpkins are mostly ready. The soft inside can be used for either “Kasha” or simply the seeds are taken for next year’s pumpkins. Either way, Halloween can see a lot of these. As decoration, they don’t last too long, but after Halloween, who cares? 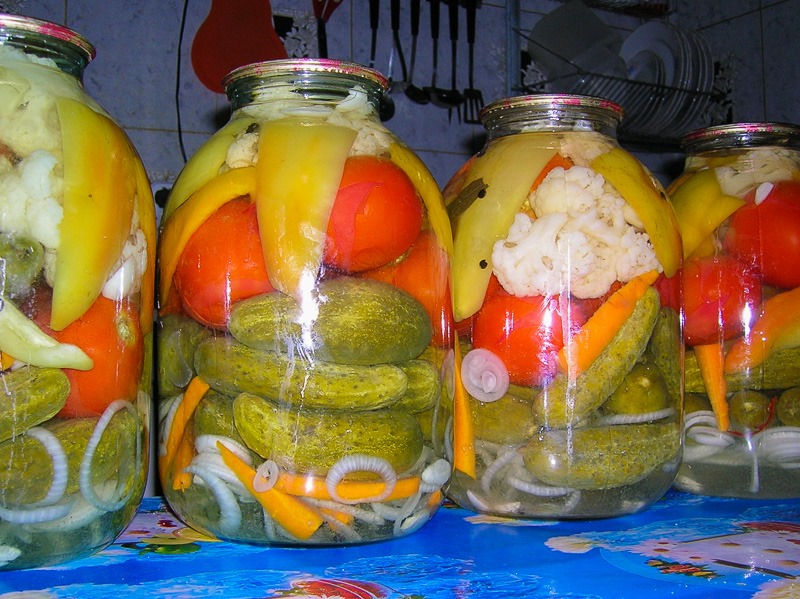 Preserved and tasty for a long time

Last but not least, if you have all kinds of vegetables and no way to keep them fresh for the winter, you can preserve them. In Ukraine, many juices are sold in three litre glass jars. The lids are single use, but replacement lids are sold everywhere. As well as the specific instrument to apply them to the jars again. Putting veggies away in this manner gives you a winter-long supply of vegetables.

As well as a very photogenic opportunity

This was your complete dose of veggies for the day, now you can go back to your steaks and wings…