The last blizzard of the year

When the weather gods decide to have some fun, they invite Old Man Winter for the ride. A cold mass of Arctic Air descended on Canada on December 28th. As a result, icy winds and blowing snow were coming down on the city as if to punish it for the nice warm summer we had had previously. 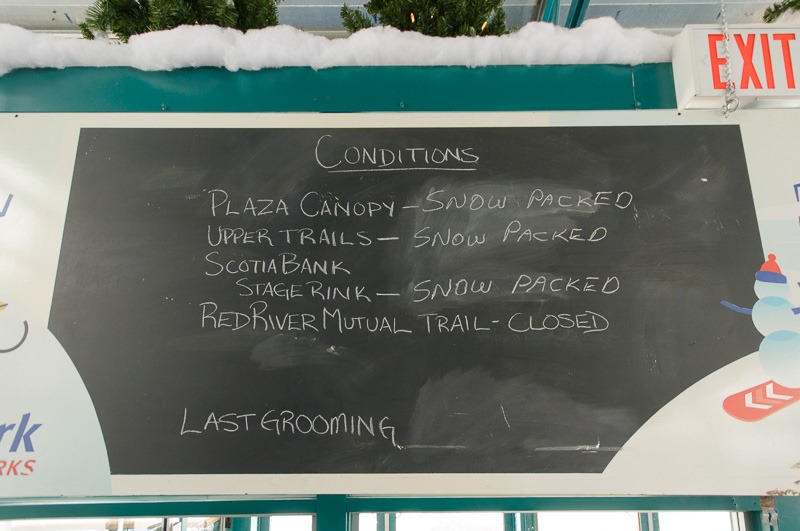 Or perhaps just to remind us of who is really in charge here. When the weather is extreme, I like to go outside and observe. What better to observe the weather with than a camera? Even better if you can get a friend to join you.

So, out we went, direction Downtown Winnipeg. For some time already I was having troubles opening the hood of my car to refill some fluids. It was a nice thing to know that the Millennium Library Parking is closed off and warmed in winter. After an hour in the warmth, no more ice locks on any cables and the car was refilled as needed. 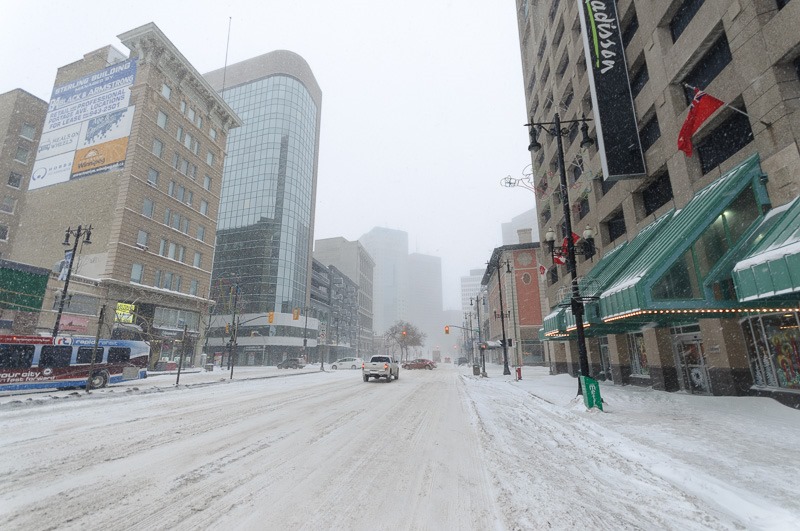 Outside, the storm was raging, with wind speeds to knock you off your feet in certain places. The Portage and Main intersection in Winnipeg has the reputation of being the windiest place in North America and on this day it was true to this reputation. The wind was carrying lots of snow, rendering the tallest buildings of the city nearly invisible. 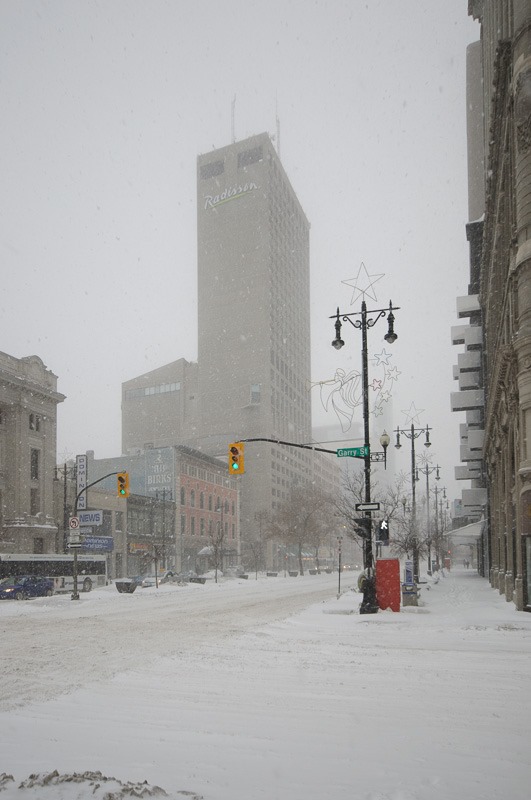 Half hidden from view

Tall hotels were hidden from view, while traffic was nearly inexistent. I guess there were only a couple of crazy photographers around to record the scene

. By this time, the wind was howling through the hairs of my fur hat, even the snow wouldn’t adhere to them anymore. 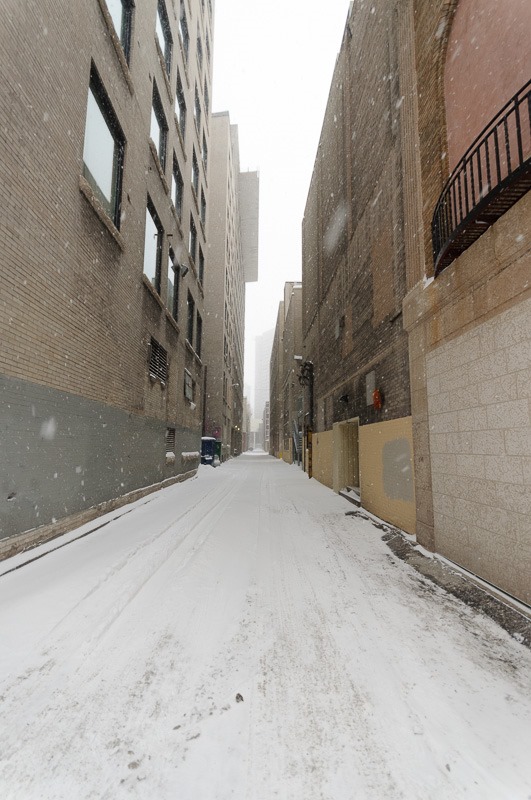 In the small alleys, the wind was less, but the snow came down severely. This picture was taken when we started out, when we got back there was around 30cm packed in that alley. 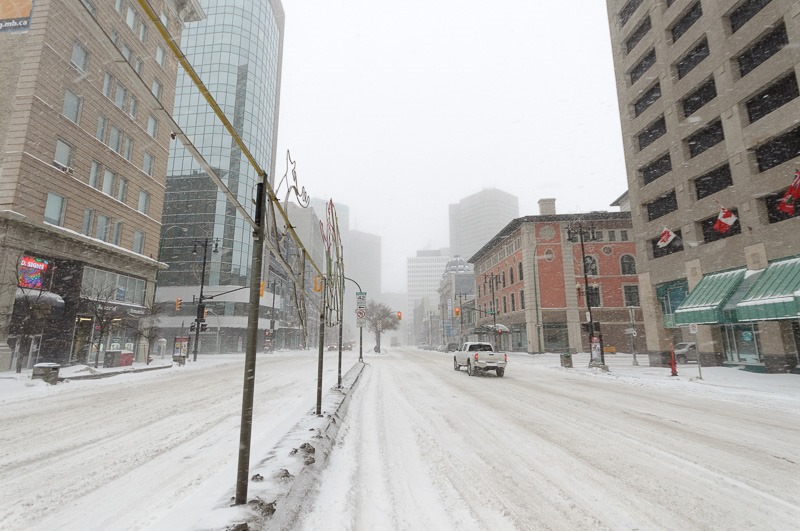 Portage Avenue was almost empty of people and traffic. The few cars that we saw that were trying to stop for the red lights, were skidding through the intersections as if they hadn’t touched their brakes at all. I guess that must have scared them tremendously. 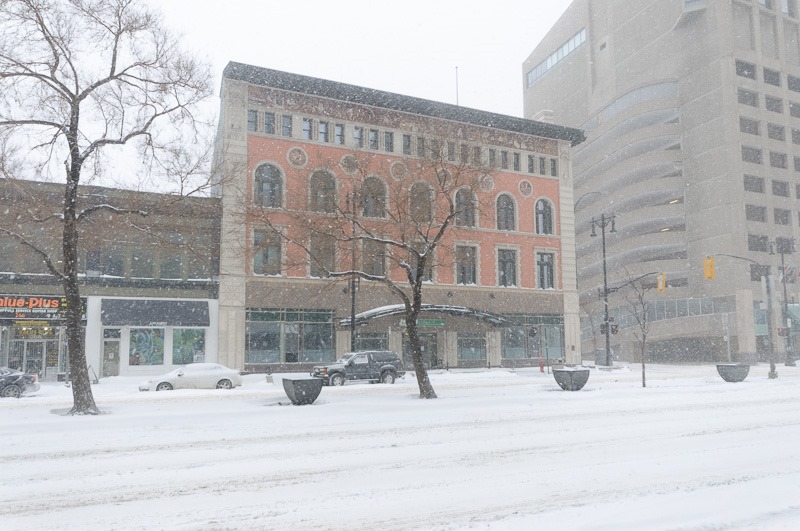 The few trees on Portage Avenue that were still there (there were more of them back in the days) now only looked ghostly. Heavy snow trying to cling to their branches, but failing. I still think the trees are better off in this kind of weather than in that of Toronto, where the ice was breaking most of the branches. 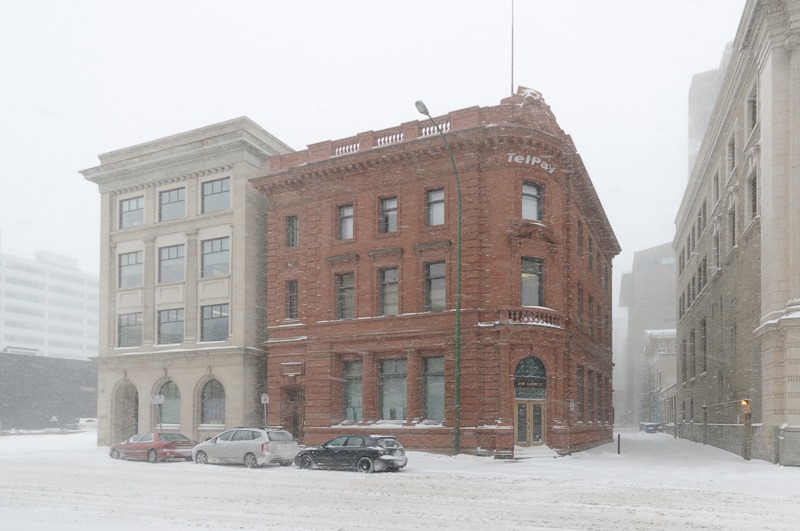 Some of the older buildings seemed to take on even more character than usual with all this snow isolating them from their surroundings. I can’t remember having had the opportunity to photograph the Telpay building with nobody around. 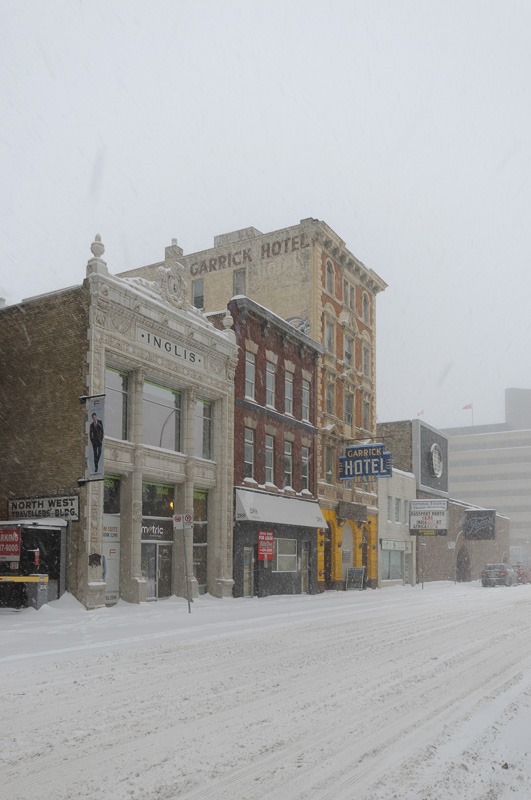 The Garrick Hotel took on a nearly “western movie” – like view. All isolated and waiting desperately for clients to spend their money on whiskey and beer and … Again you can see that there is not a car around and none driving here. 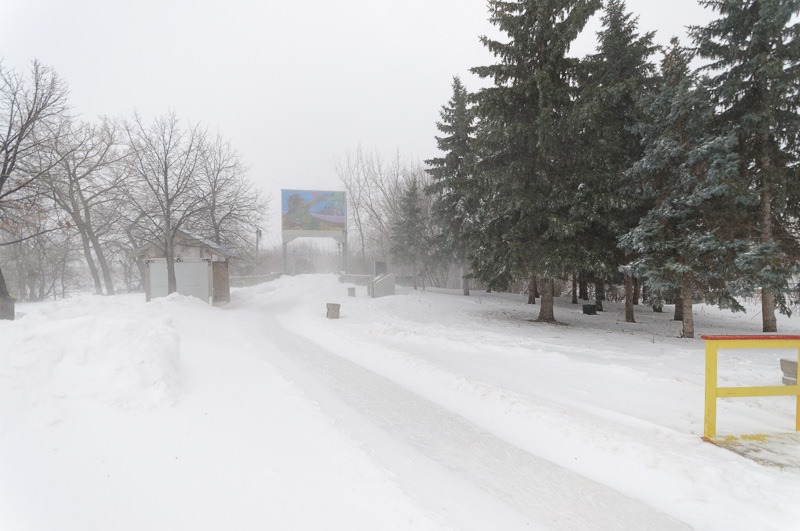 Train bridge at The Forks

After having “seen” downtown in the blizzard, a small walk to The Forks, an ancient, historical place, gave only this picture for me. By the time we got to this bridge, I was so cold that frostbite must not have been far away. When we got inside, the thermometer stated –29C but the wind chill must have lowered that to somewhere in the ‑40s…

Not the best weather to be outside.

But we are Photographers, so weather does not count, right?