Below the waterline is not the place many people want to be. However, it was the daily space for many of our forefathers. Some of mine have roamed the seven seas below the waterline. Not an enviable place to be, that I can now say. Long ago, the Nonsuch was put up to dry in Winnipeg, inside the Manitoba Museum. Right from the 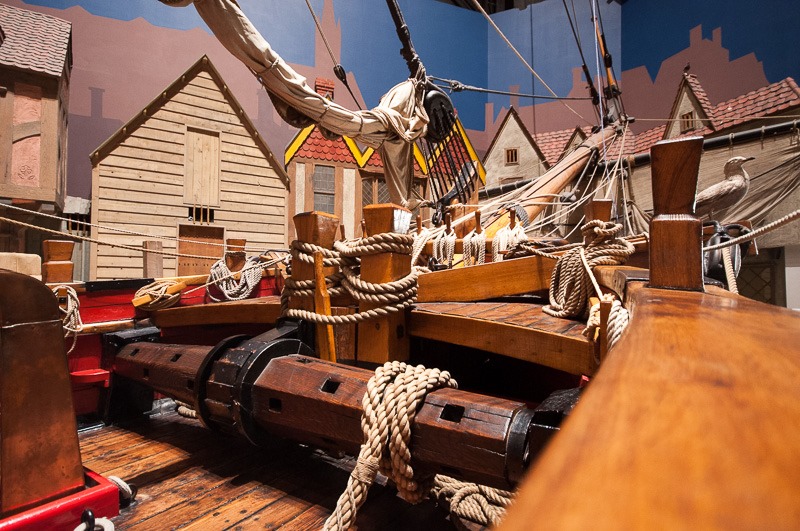 start, it was decided that the public was not to go below into the hold, since there were no permanent guards available. Lots of “extra signage” was expected in the form of “I was here in 1974” or “I love …”. Therefore the hold was closed.

Last month, however, the museum found volunteers and part time employees willing to mount the guard in the hold and supervise the public going through. Since this is not something that is likely to be repeated soon, I decided to go below decks and have a look for myself. 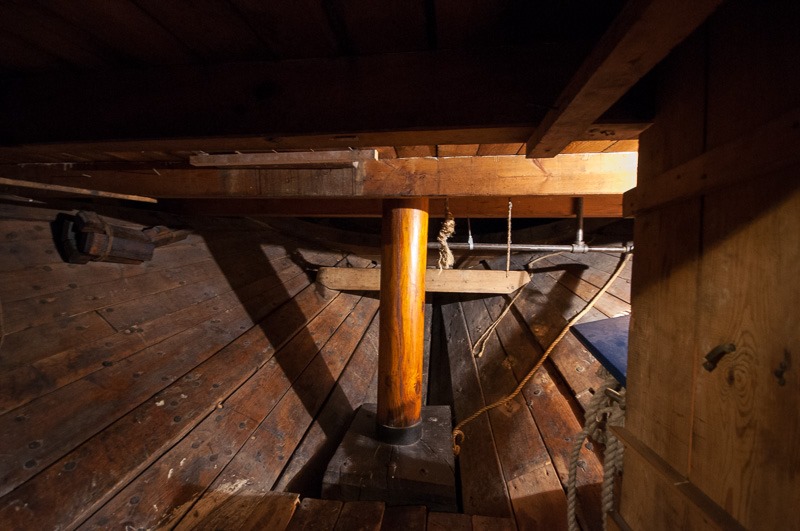 Once I mounted aboard, I was warned by staff that I should be careful on the stairs and that I should never touch any ropes. Fine with me. Soon it was clear for the method to descend the stairs: there was no way to place my boots properly on the steps without sliding off. 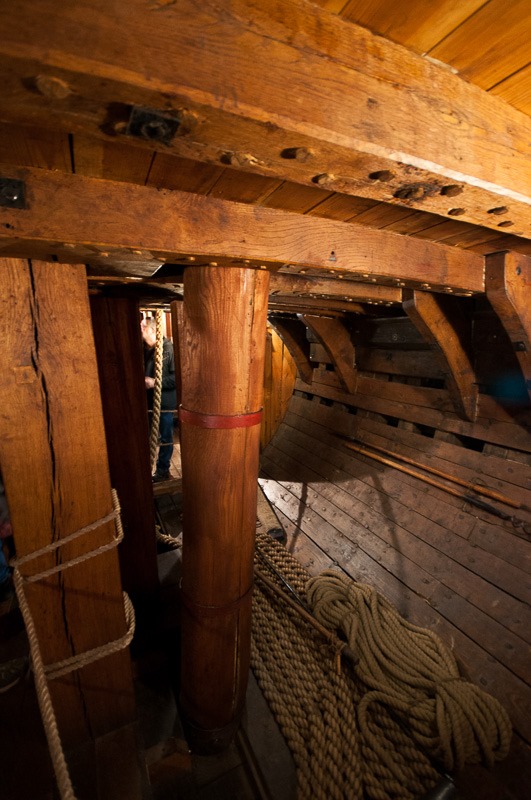 That ship was not made for my size. With an average length of 5 foot 2 the sailors could sleep in bunks of hardly that size. Now I’m not the “phobic” type of person, but to get inside those bunks, no way! Too small and not enough air to breathe. Also the wooden pegs that were holding the ship together were conspiring to get my leathery scalp… 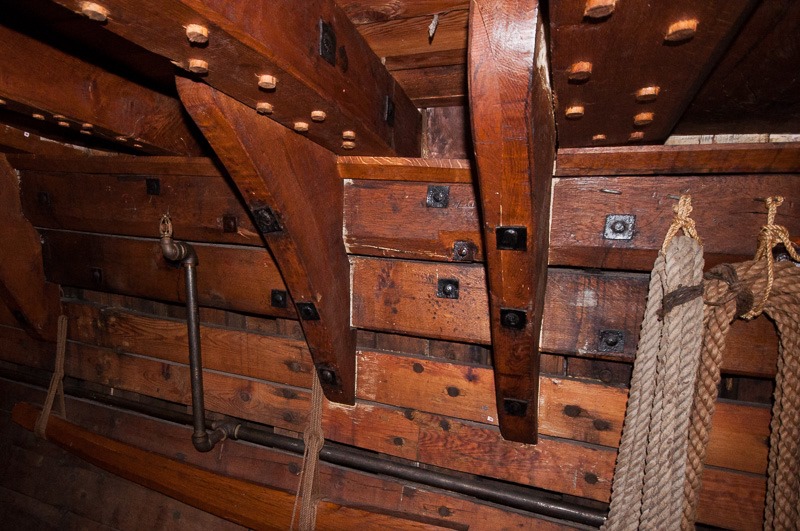 When I asked one of the guards/guides about this, I was told that most of the sailors were sleeping on deck anyway and that below was only in case of rotten weather. Well weather of that kind would be frequent enough on the Atlantic, I guess. Not the best place to be in those days. 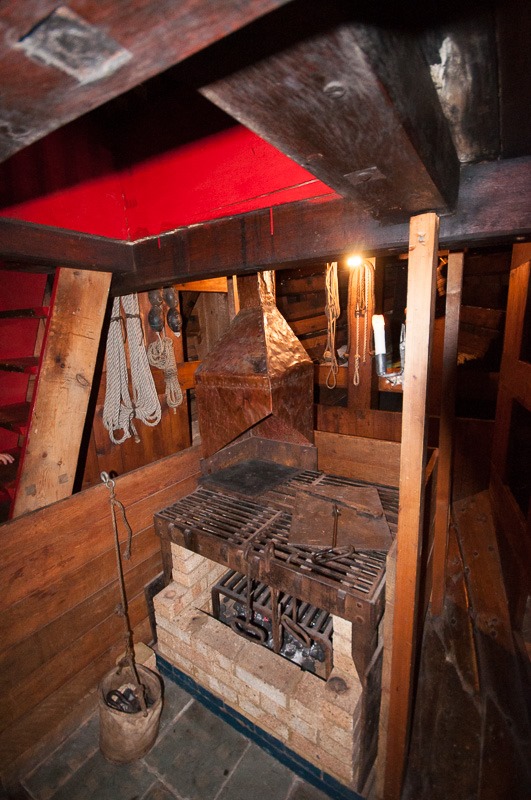 The fire place below was lit only in case of good weather. In stormy weather with high seas, it was way too dangerous to light a fire. But that’s when you most need it… Wet clothes need to be dried, bones need to be warmed up, but that’s when the fire is out. 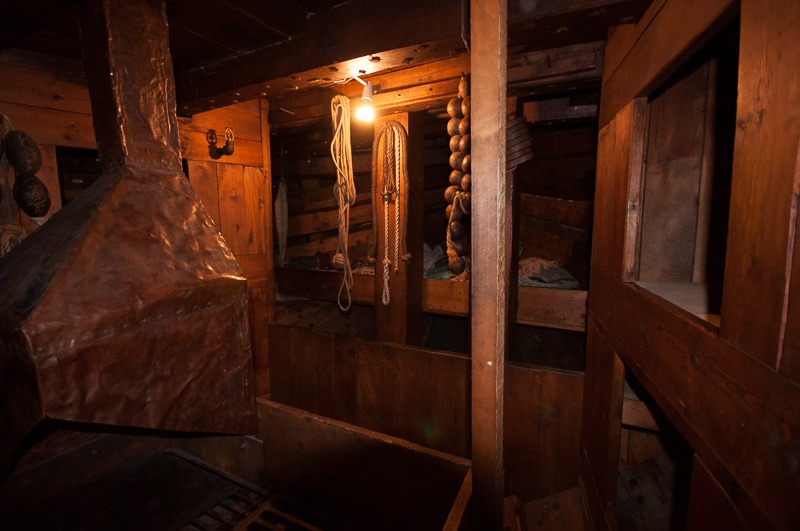 The bow of the ship leaves little space for cargo, so that is where usually the ship’s sail master kept his ropes and tools for sail repair. On the right you can see the entrance to one of the sailor’s bunks. I don’t even want to think of getting in there for a sleep. 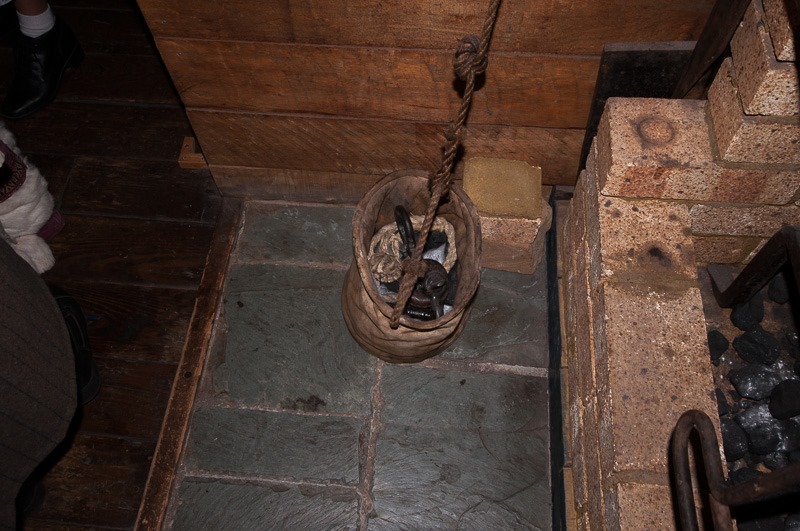 Buckets in those days were made of leather, not from wood or metal. Both wood and metal are too heavy to carry around. Also, a leather bucket will not damage the ship’s hull when it comes up filled with water. This bucket here was meant to douse the fire in case of a problem. The current sprinkler system will be way more effective. 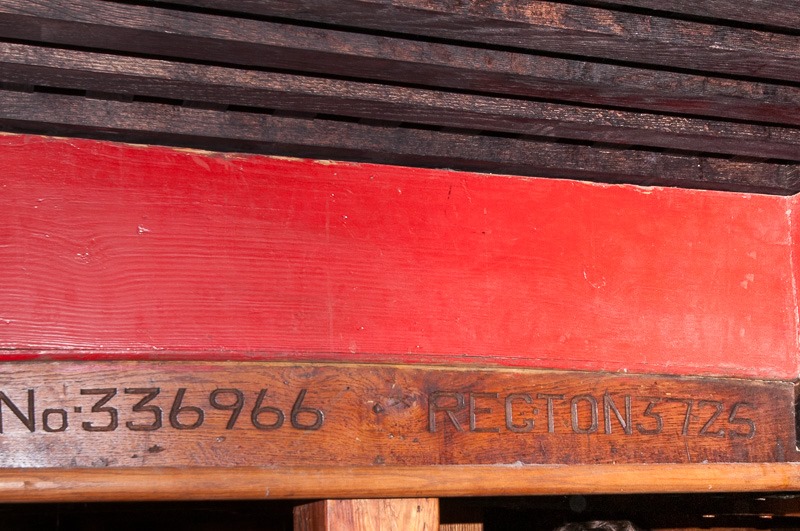 Out of date inscription

The Nonsuch in the museum was built in 1968 as a replica of the original Nonsuch of the 17th century. However, the original ship would never have had this inscription engraved on any of its boards. Gross register tonnage was defined by the Moorsom Commission in 1854, long after this beautiful ketch sailed these waters… 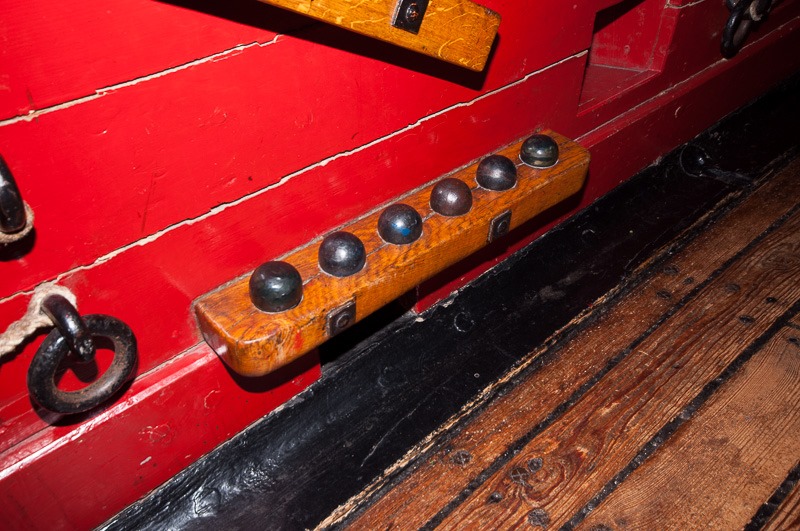 Back on deck, signs like these show that the Nonsuch was prepared for skirmishes on the waters. Not that the replica ever had to fear anything from pirates, though. The cannon that were originally aboard the ship are now displayed on the quay. Their weight would have torn the dried out hull apart after all these years. 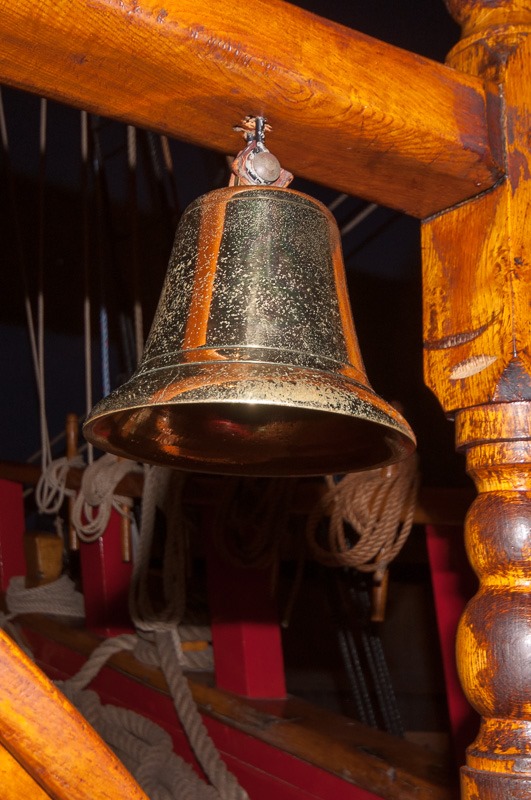 The ship was ruled by “bells”. Not that there were many of them, one was more than enough to rule the ship. A watch was started at “eight bells” or 4 o’clock. Just to last to midnight before it was relieved. Any other bell in between “the bells” was considered to be trouble and all hands were to be on deck. Most sailors were sleeping there, so that was not much of a problem. 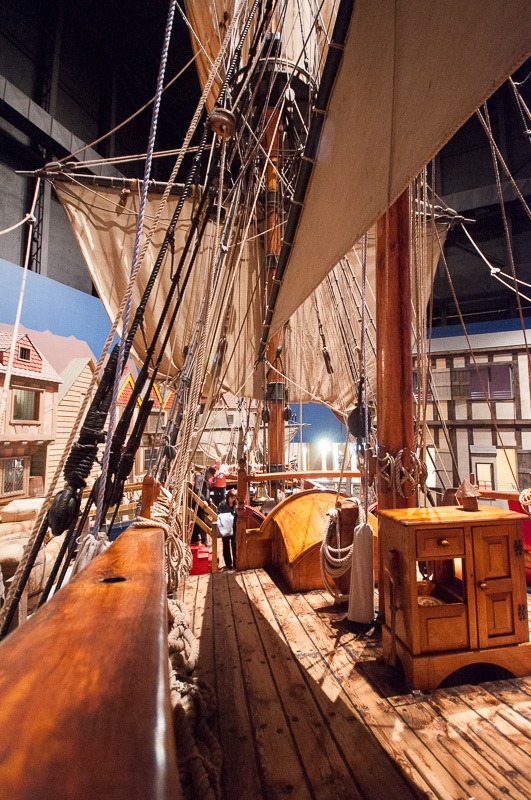 With a length on deck of 53 feet (a mere 17 metres) and a minimal crew of 12 people, this was not a big place to spend weeks on end together. I guess that cabin fever must have been one of the problems aboard these ships in the seventeenth century. On this replica, however, it must have been plain fun and excitement to sail the waters in and around North America between 1968 and 1972.

Living down below… not for me, thanks.