The end of inspiration

Lately I haven’t been taking many pictures. For some reason I can’t get myself to go out in the freezing temperatures and shoot something I have shot already multiple times. The birds are mostly gone to warmer climes, the “dead stuff” is nearly all that remains. 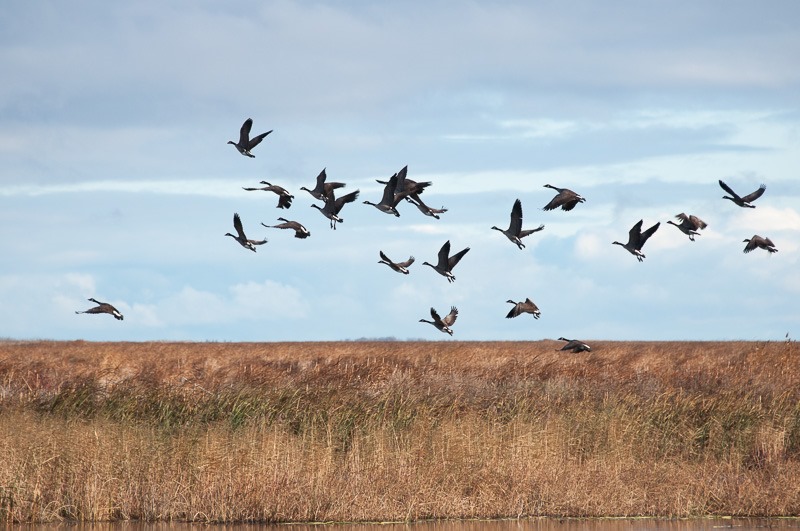 Even the geese have left, only a few birds remain, and I think I know them all by their first names by now. Now if only they’d perform tricks so I could photograph them…

The problem lies in the fact that I’ve just come back from a trip to Europe with lots of things to see. Coming back to familiar places somewhat kills the desire to go out, freeze my butt and take pictures of the same stuff again. 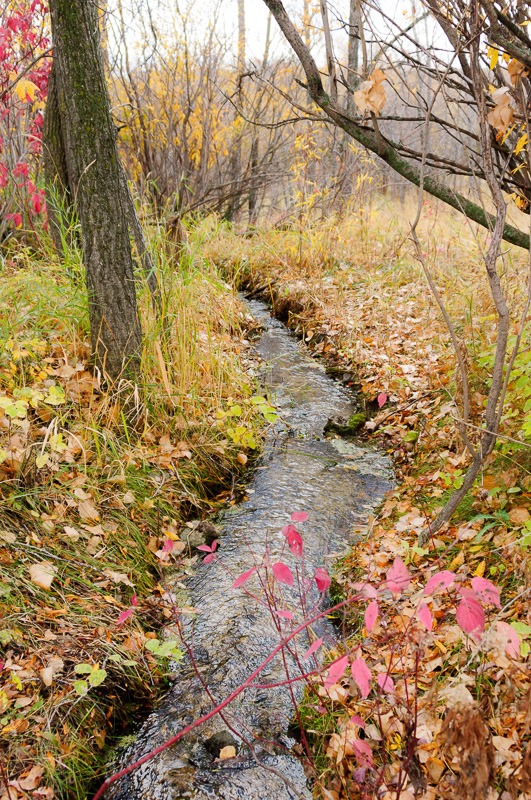 Shooting the fall colours is one of those things I have done many times before too. Yet every year they are different. But you can only shoot so many of that red and yellow before even the photo album starts to lose its own leaves. 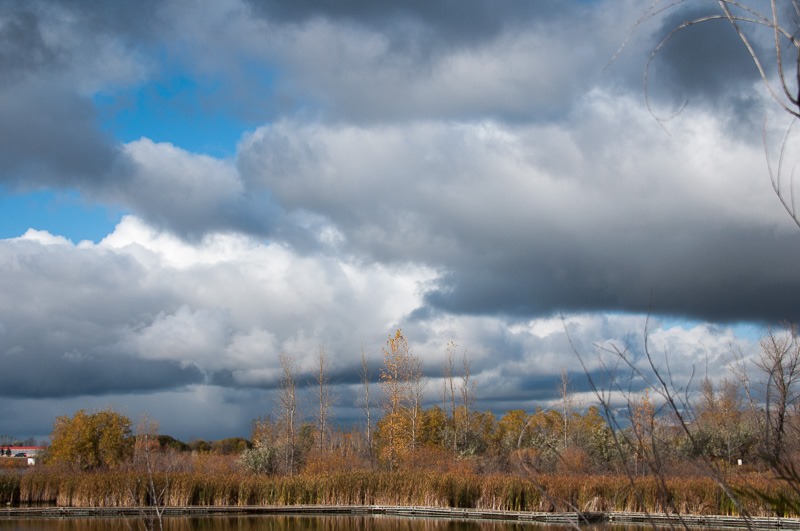 Shooting wild skies, sure. But how many of those before you start feeling that rain? After a while, everything starts to look the same, and that’s where you notice that the inspiration to shoot has tarnished a lot. 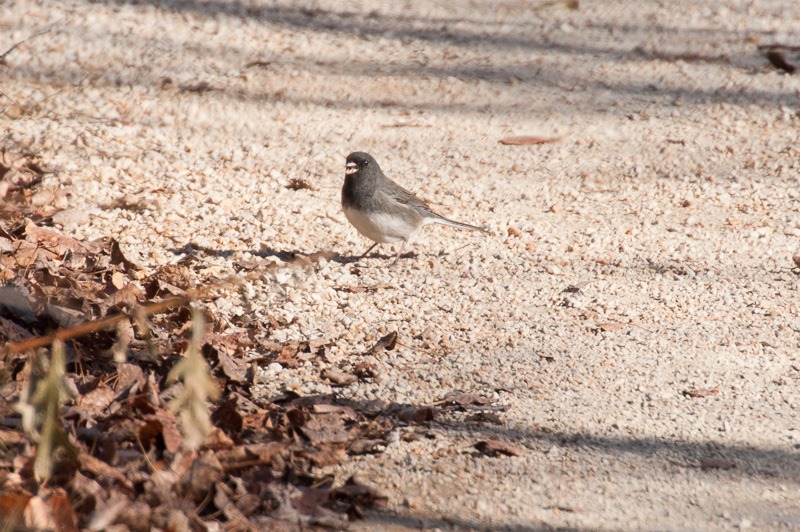 What to shoot? Birds always have something interesting, like this Dark Eyed Junco, even if its only feeding. As for the rest of the birds, they’re gone. Now it’s waiting for the “new” birds, the ones coming from the north, trying to overwinter in some less harsh temperatures. The only trouble is that they’re not here yet. 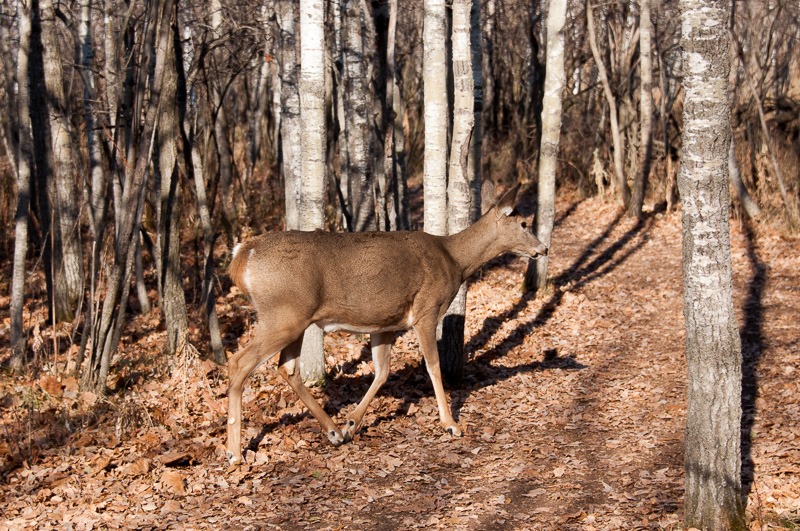 Shooting deer is another of those “low day” opportunities. They are so used to people by now that you could pet them and feed them apples if you like. That’s not really challenging anymore. They remain nice to photograph, I think I should not use the word “shoot” and “deer” in the same sentence, but to say that these become great pictures, no. 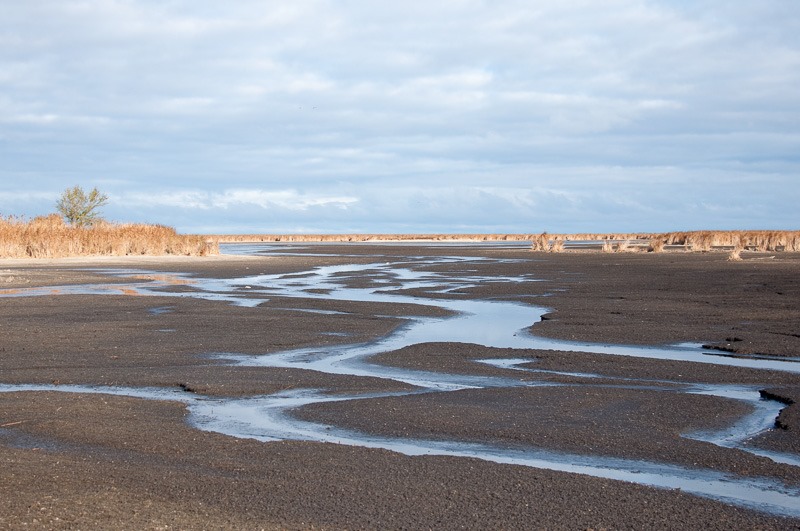 So I went on a trip to Oak Hammock Marsh, to see if there are any shore birds left. Also a bust, Oak Hammock Marsh is in a state of “Draw down”, where they drain all the water from the marshes to give a chance to new plants to grow. Oak Hammock Savannah would be a more apt name for it right now. It’s still wet enough not to make you wander on those dark grounds, though. 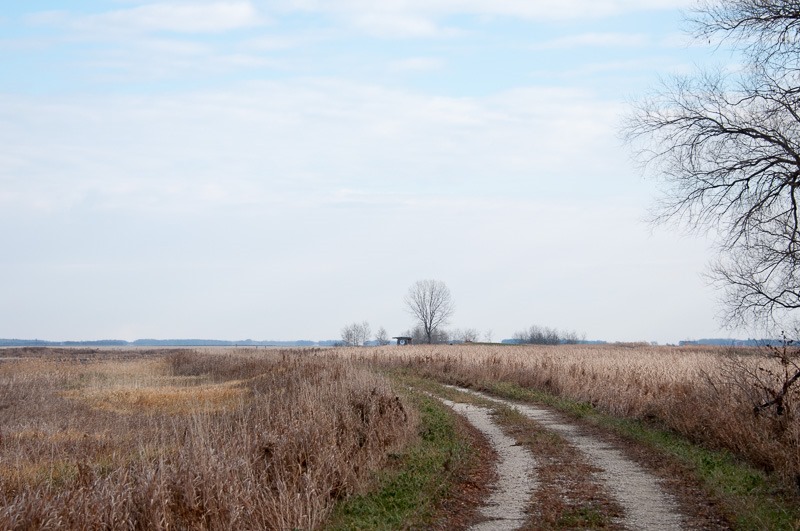 North side of OHM

So, off to the north side of Oak Hammock Marsh, to see if the situation is any different. The last surfaces of open water have frozen shut. No birds, just an icy wind blowing through my bones. Not the most inviting or inspiring place to go to. Yet the quietness of the place is pleasing. But there is no way of photographing quietness, is there? 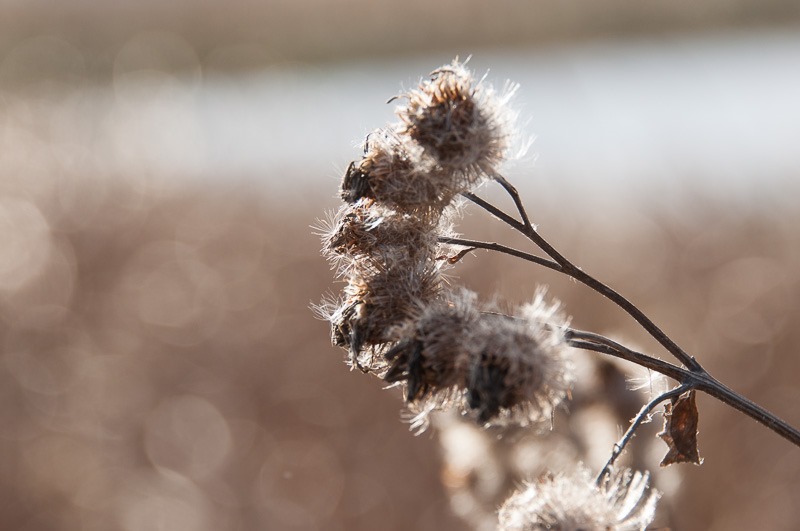 So I try the “macro” approach, of shooting more dead stuff. Not something I haven’t done before either. For me the results are the same as last year and the year before. Pretty, but hardly inspiring. There are more ways to shoot those burrs, but I have tried them mostly all, nothing new under that sun. 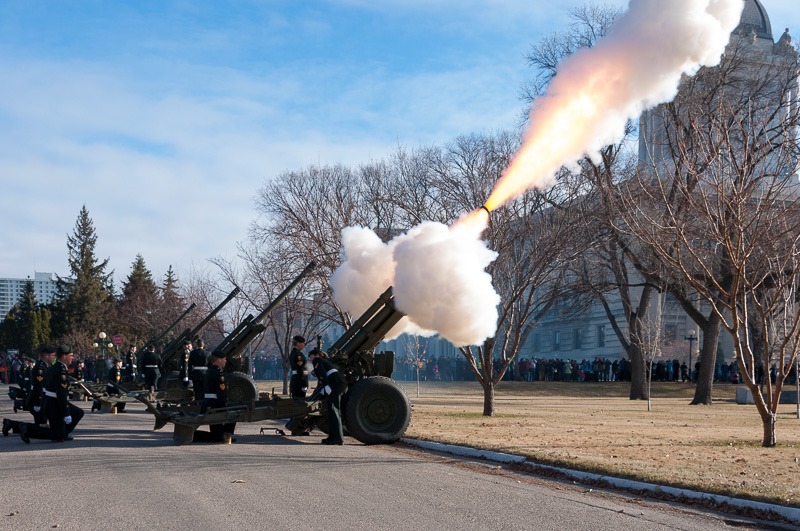 One thing I had never shot before was the 21-gun salute on Remembrance Day. After the first shot numbed my ear drums, the other shots were easier to get. Even more once I noticed the exact timing they were observing between the order to shoot and the shot itself.

In the end, only one shot that inspires me, the rest, well, you can see for yourself. I guess that a big dose of visual stimulation followed by a lull simply kills the “need” to photograph anything. Soon we’ll get the Season’s Lighting in the city, perhaps that will liven up the trigger finger again. In the last few weeks I even surprised myself by going somewhere without even taking my camera. Is that a bad thing, Doctor?

Until next time… with more inspiration, I hope…