City of the north

My home town is a city of the north. The north of The Netherlands, it is not located in Holland. Where I was born, the ground lies 4 meters below average sea level. If the dikes were broken, most of the house would be under water. My home town is more than a thousand years old if you count all the settlements of the past in that same spot. 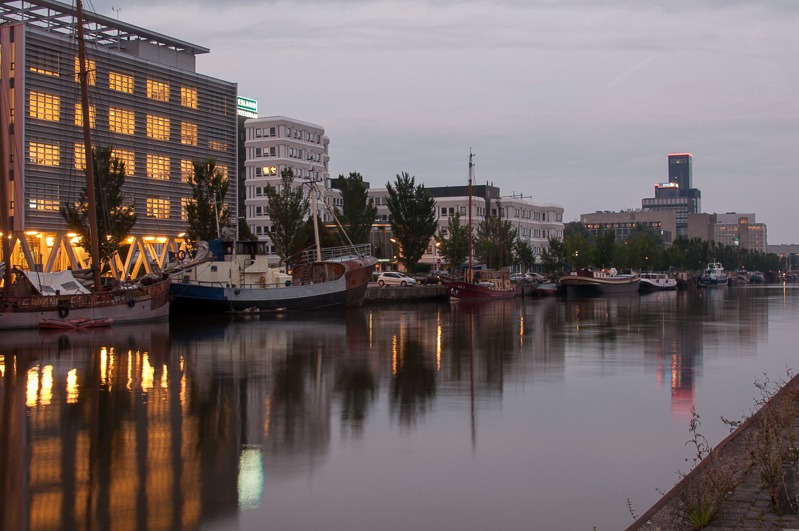 The city is called Leeuwarden, or Ljouwert in the local Frisian language. I spent most of my childhood and youth in that city; coming back is coming home to the house of your parents when you have become an adult,

you know it’s home, but something has changed. That change makes that the house is not the same anymore, and never will be again. Still, it’s home. The same goes for the city, I know it’s my home town, the place where I was born, but it is different. 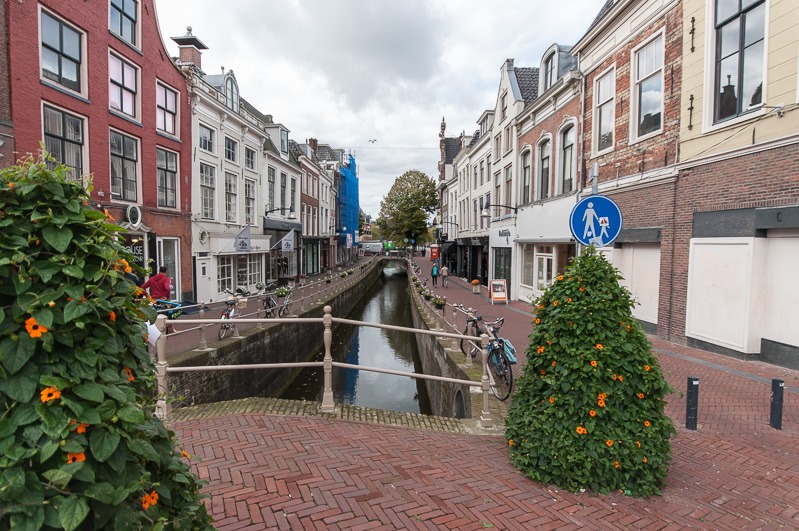 ‘t Naauw or “The Narrows”

In fact, the reason is quite simple. The city has gone its own way in development and changes while I was away. Those who have stayed, hardly notice the differences. Those who come back after a long absence notice. 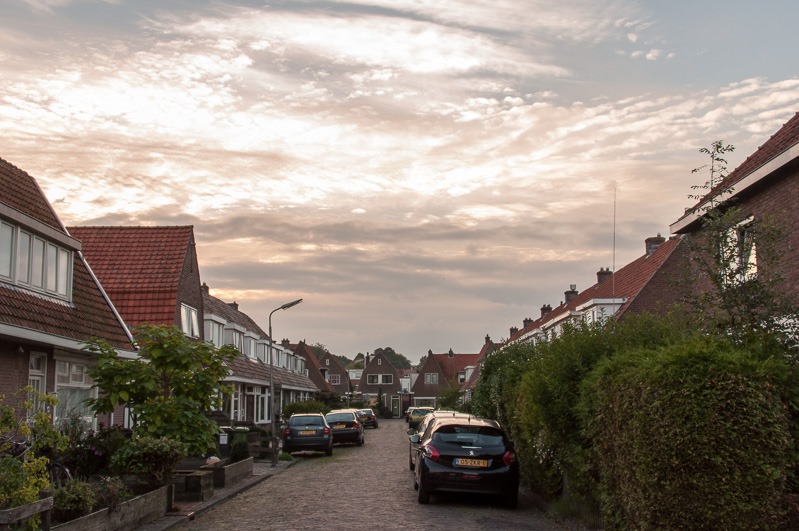 One of the changes is the many cars everywhere. It shows that some parts of the city were built in times when cars were not so abundant. Times when playing in the streets was common and not dangerous. Playing ball, sending it over your head and trying to make it bounce back off the opposite curb was a popular game. Today that game is mostly impossible. 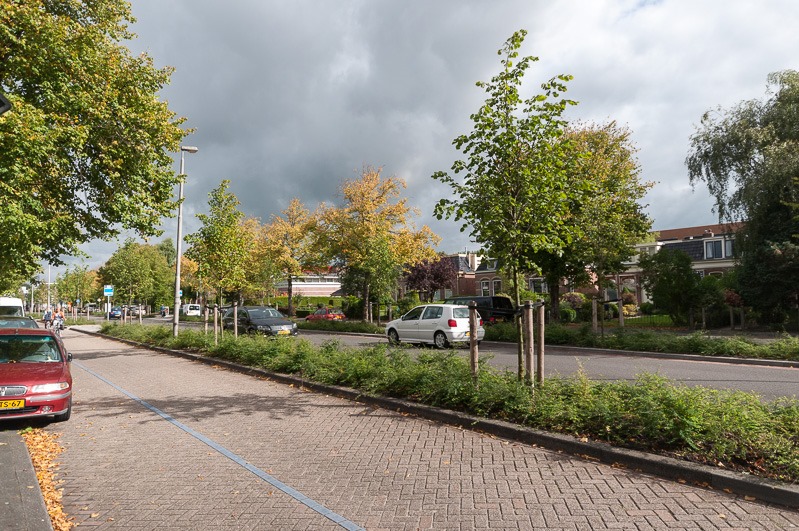 Other changes are roads and streets that are no longer getting traffic due to detours and blockages of the streets. What once was a very busy and undoubtedly dangerous street is now a haven of peace with hardly a car passing by. 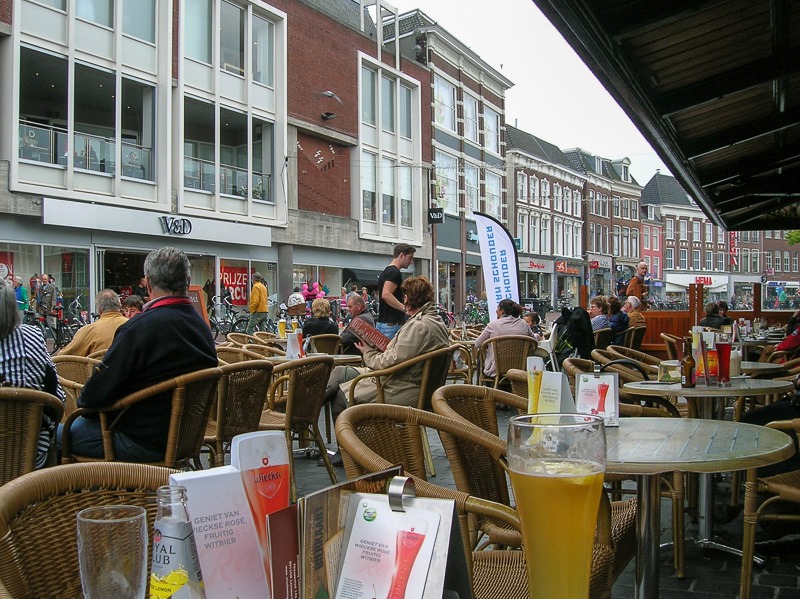 Other places have increased in popularity, making sure that tourists and inhabitants of the city enjoy the streets and the old ways of getting a coffee or a beer on a terrace. While the weather permits. Obviously the beer in the above picture is mine… 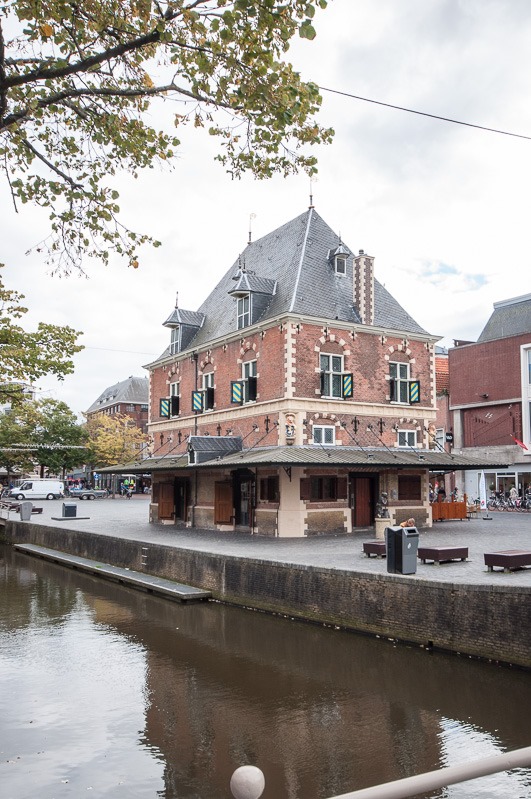 The Waag or Scales

The terrace belongs to an old building of the city called the “Waag” or “Scales”. “The Scales” were usually the centre of a bustling mercantile city. The oldest mention of the “Waag” in the city dates from 1483, while the current building pictured above was built in 1590. The patio for my beer is located on the other side. The Waag in Leeuwarden was mostly used to weigh butter and dairy products and was therefore usually named the “Boterwaag” or “Butter scale”. Today it houses a restaurant and a bank. 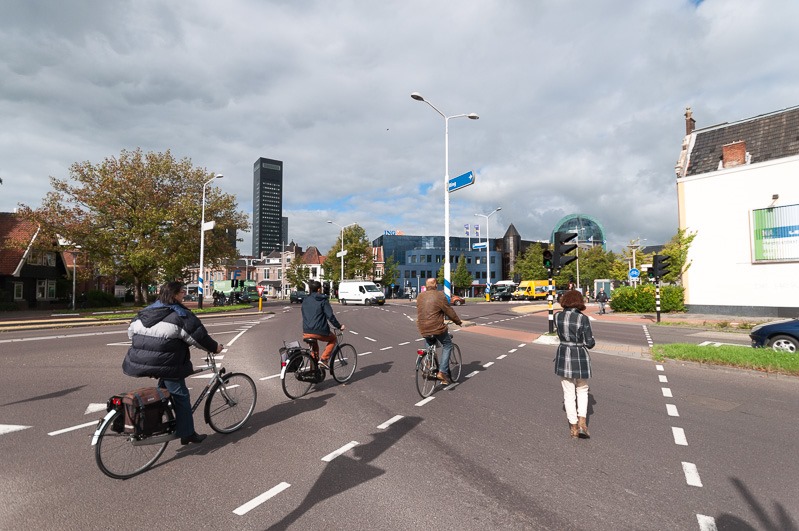 A road instead of a Water Tower

Other parts of the city are hardly recognisable. In the place where in the above picture people are walking was a Water Tower, a tower destined to provide pressure on clean water for use in the city. The tower was destroyed in the early ‘70s but the land was not used until fairly recently. In my youth I always asked myself what the reason had been to destroy such a beautiful building. 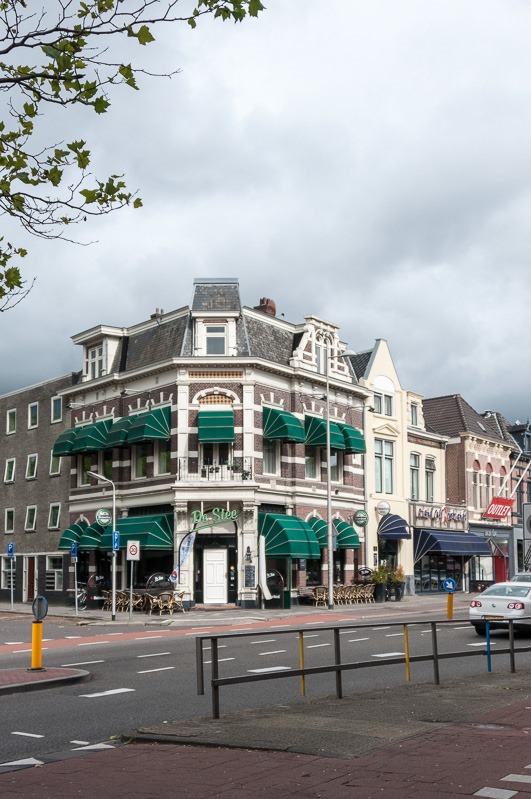 Some places never seem to change unless you look very closely. A patio near the busy street for this old pub? Yes, today it is a reality. In my days that patio would probably have disappeared into all kinds of places, mainly in students’ homes for free furniture 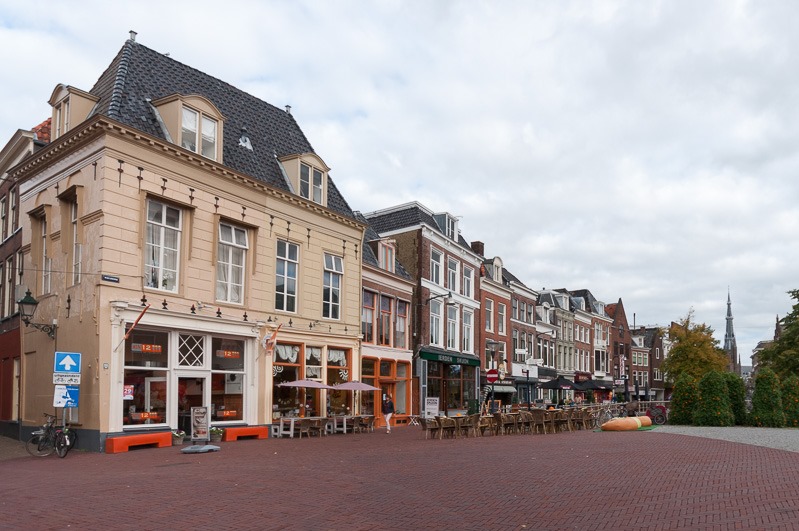 And then you have places that change “by themselves”. This picture was taking a few weeks before a very serious fire broke out and claimed one life. The buildings near the right side of this picture have been destroyed. They were more than 400 years old. The pointy red brick house with three white windows was the birth place of Margaretha Geertruida Zelle. While most of you will not know that name, you do know here stage name: Mata Hari. Mata Hari was born in Leeuwarden and after a tumultuous life of mystery was executed by fire squad in France on October 15, 1917 for espionage.

Now the buildings have burned and will never show their souls again. Mata Hari’s birthplace survived the fire, but only barely.

Going back to your childhood city is always a joy, but sometimes also mixed with sadness over the changes that you wouldn’t expect. For me it’s always a pleasure to come back, but I never stay long.