Here in the New World we talk about “historical” when an object or a place is some 100 years old. In the Old World, “old” is more like 600 years old or even older. We arrived in North America only some 500 years ago. Buildings were created only in the last 150 years. Anything older has been replaced or destroyed. 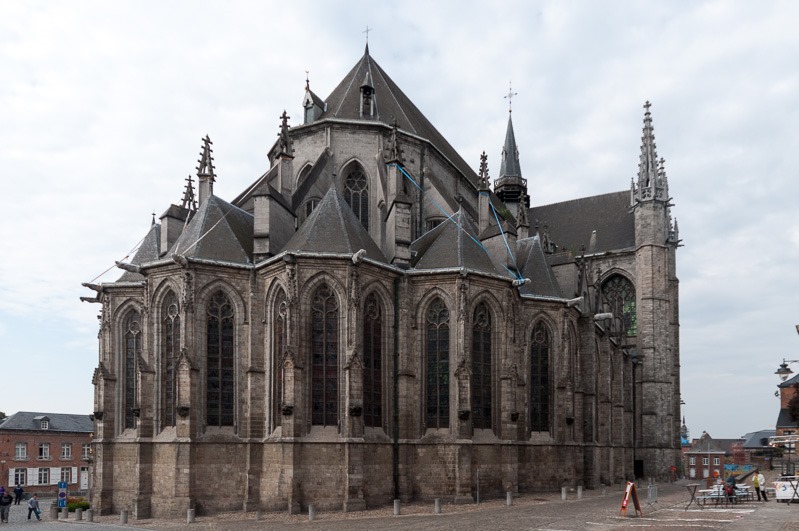 This time I would like to take you to an old church. Construction began in 1450, a little later than many of the churches we know in Western Europe.

The Collegiate of Ste Waudru in Mons, Belgium was started in 1450. The construction halted in 1621. In 1691, after Louis XIV had ransacked the last part of the construction it was only restored to the state before the attack, but the church was never finished. As you can see, there is no bell tower, it should have been there with a height of 191m. 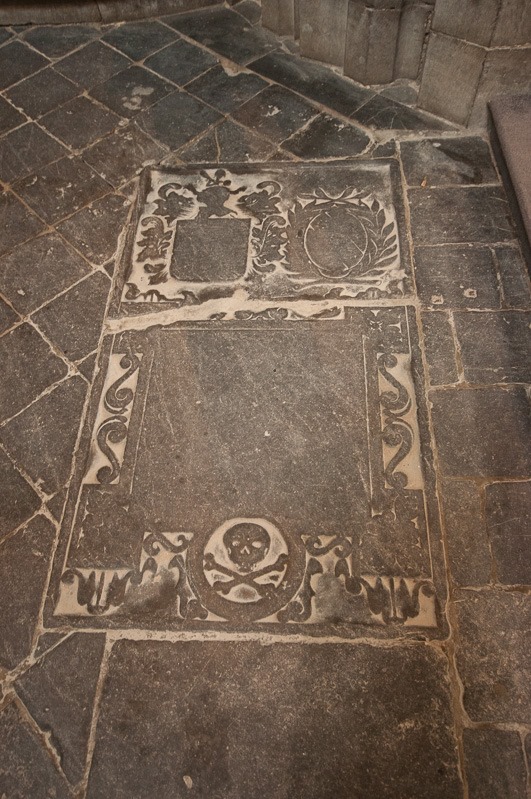 Once you walk inside, you are greeted with skulls and crossbones in many places. This has nothing to do with any approaching Halloween. People of importance were in those times buried inside the churches. Mass was held on top of the graves. After some time, the number of graves became so great that mass was no longer sustainable due to the bad smell of all the graves. That’s when they started to create graveyards on hallowed ground outside the churches. All for the benefit of the church-goers. 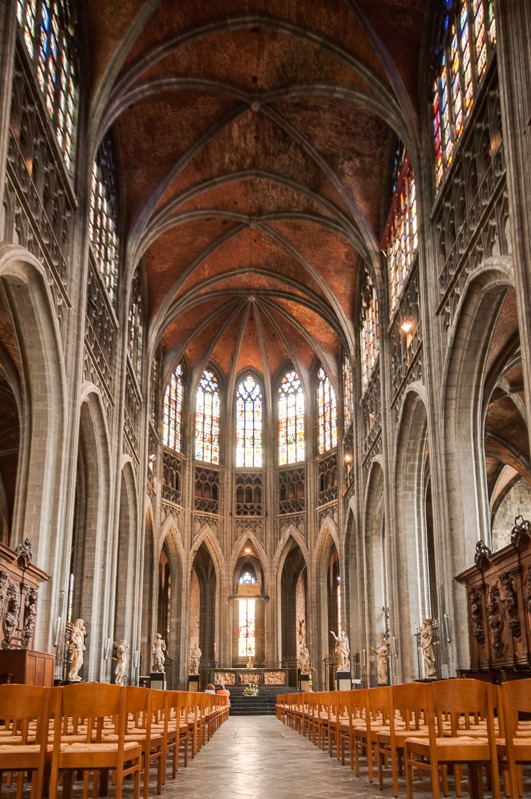 The nave is some 24m high, very impressive even when you’re 1.90m tall. All this was built by people that had no cranes or hydraulic power tools. Every stone is carved and fitted by hand. That’s probably also the reason why the building is still standing. 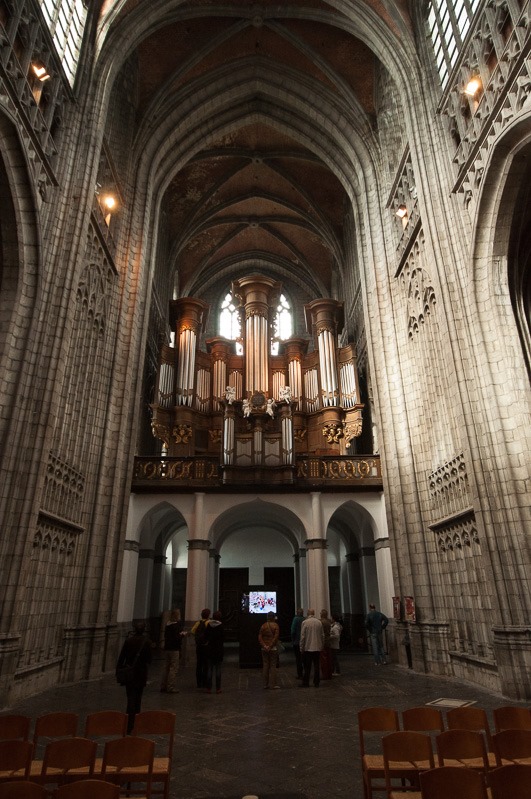 Looking back way you can see the Grand Organ of the church as well as some multimedia explanation of the place. In the floor you can distinguish the closing stones of early tombs. 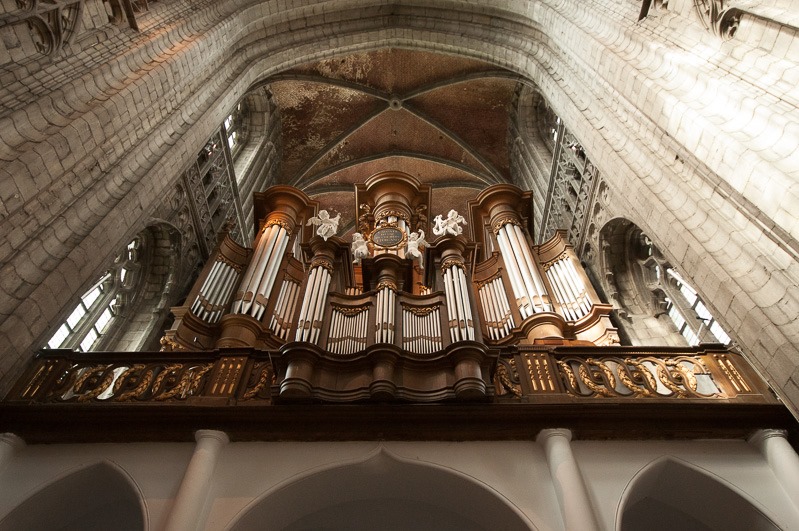 Nobody was playing the organ when we were there, I would have recorded some of the music. The organ was not meant for this church, though. It was built for the abbey of  Cambron-Casteau. However, the abbey had closed by the time of the French Revolution. The organ was transferred to Ste Waudru in the beginning of the XIX century. 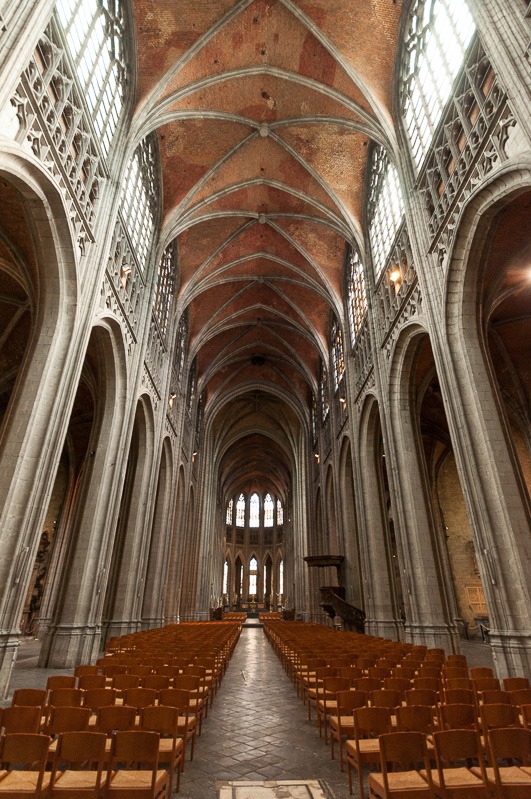 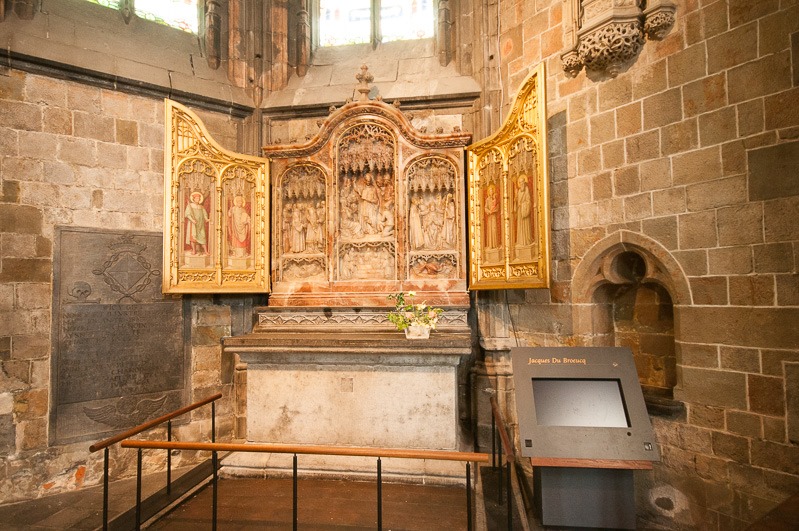 Bas relief by Jacques Du Brœucq (1505-1584). The sculptor is actually buried in the choir of the church. 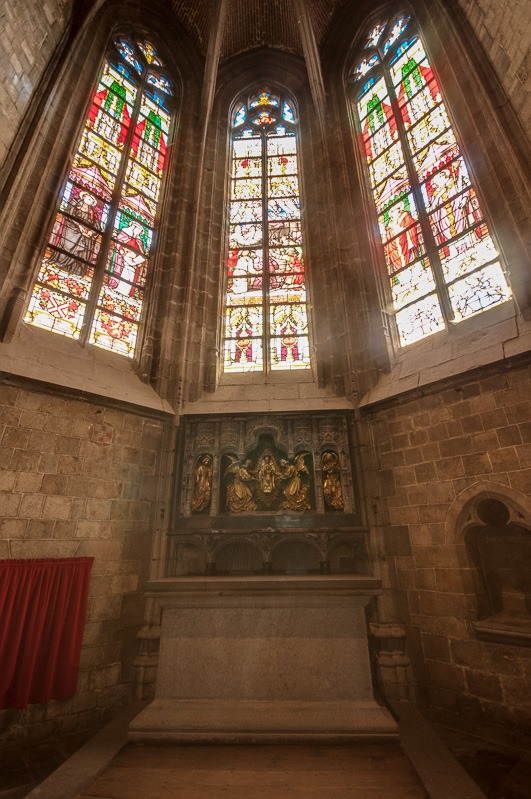 The church has 13 chapels integrated all around the main church. All of the chapels have stained glass windows of the finest execution. I needed some hdr methods to get the glass to show properly along with the insides of the chapels. 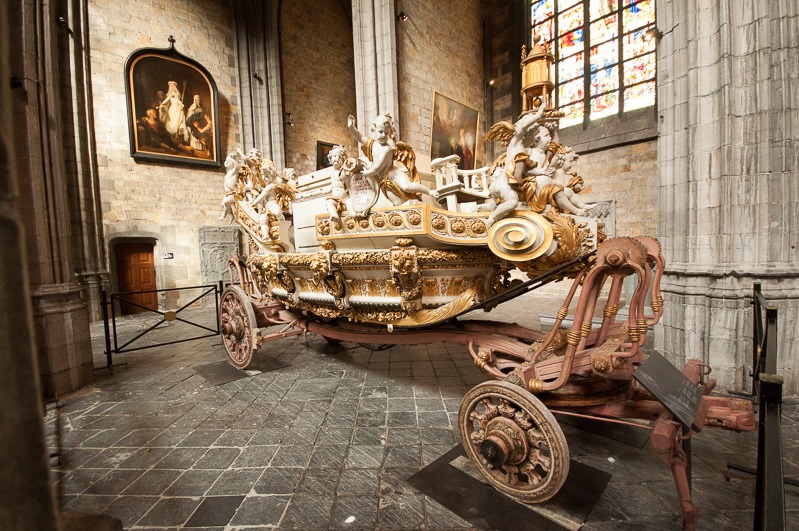 One of the characteristic artefacts of this church is the “Car d’or” or Golden Carriage. This carriage is made of gold plated, sculpted wood. It was executed between 1779 and 1782. Once every year It is removed from the church on the Sunday of Trinity, the Sunday following Pentecost. It is then taken through the city, carrying a priest, relics and twelve choir children. It will be helped along the way by anyone willing to push. Once arrived at the Belfry, on some 50 higher ground, the procession ends. The legend says that if the people cannot push the carriage to the top, something awful will happen during the coming year. In the last century, only twice was this the case, once in 1914 and once in 1939… 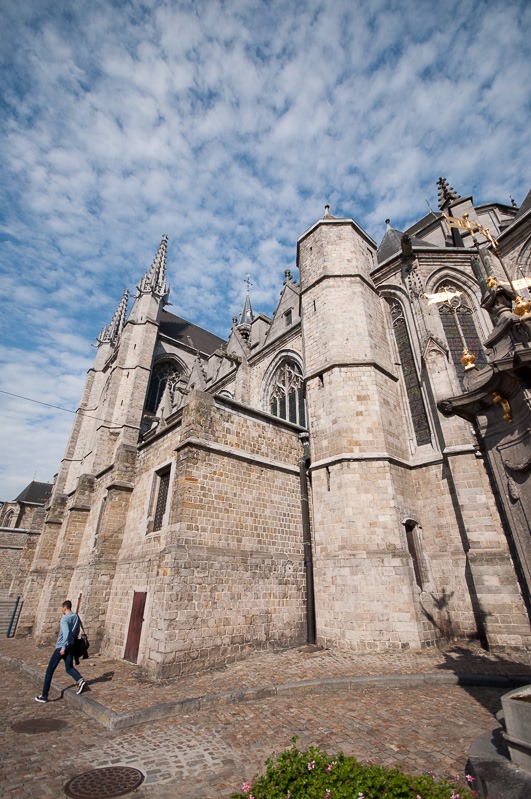 Ste Waudru from the outside

Whatever your beliefs are, one has to admit that buildings like these, well, we don’t make ‘em like that anymore. From the outside it looks like a fortress, without the slits for weapons. On the inside, everything is for the glory of God.

That simply shows that man is capable of great things, as long as there is no financial gain involved. These churches were built for a nominal “survival” fee, nobody was getting rich from building churches. However, once finished, the skills of the builders would be displayed for centuries to come. That was their ultimate reward and goal.