Goodbye my friend… Summer’s on its way out. Again. It looks like it was only yesterday that the leaves coloured the trees slightly green. Now is already the time for the leaves to go and bother people with gardens and lawns. 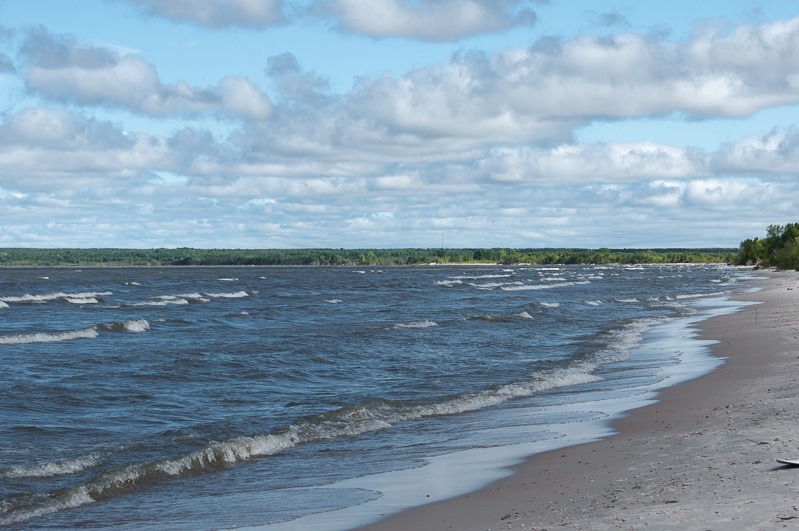 One thing is sure, Winnipeg gets a winter every year. That was also what attracted me to it in the first place: 4 complete seasons in a year. Well, if you count the two weeks of spring and fall as a season, that is. Also, this year I neglected to go out “enough” to enjoy each season. Big mistake. So I tried to

catch up a little on the different long weekends we have here in Canada. And this one for once did not have three days of rain in store. I went on a small trip north-ish from Winnipeg. Not on the big roads, this time. Most of the roads I used were gravel roads. 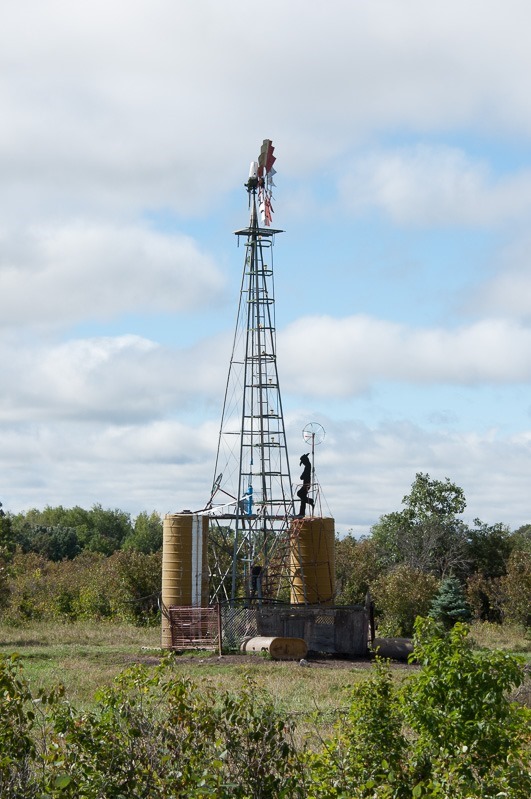 Pumping up the water for the cattle

In the city we always have the impression that the countryside is devoid of people, just land, cattle and trees. Well, there are people living all over the place, and not in cities, towns or even villages. Something I was not used to in Europe. Nobody wants to live “alone” without neighbours in Europe. Holland is too small to even think of it. And if you do, many authorities try to persuade you to abandon your idea with the threats of “no water, no electricity, no telephone”… I guess they added “No Facebook/Twitter/Internet” to their arsenal of arguments… 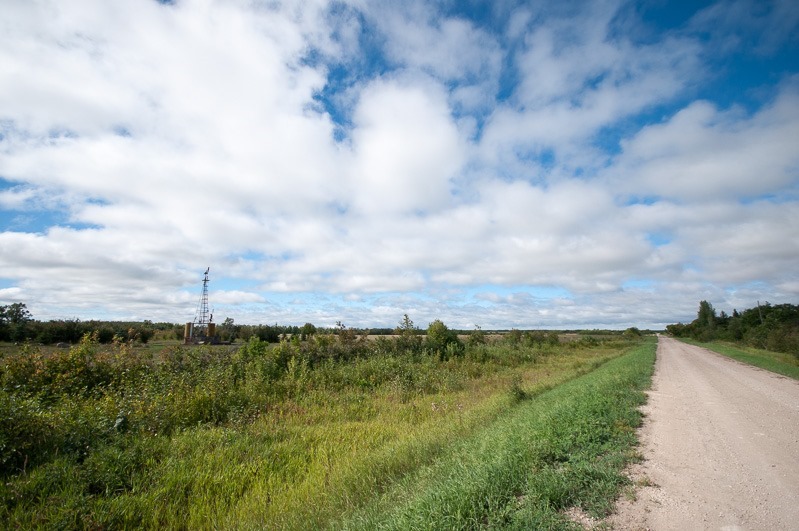 But let’s get back to the northern countryside of Winnipeg. Gravel roads, no neighbours in less than a mile around you… It looks like a quiet life. It also means that when something serious happens, you need to be prepared. I guess these people are prepared. 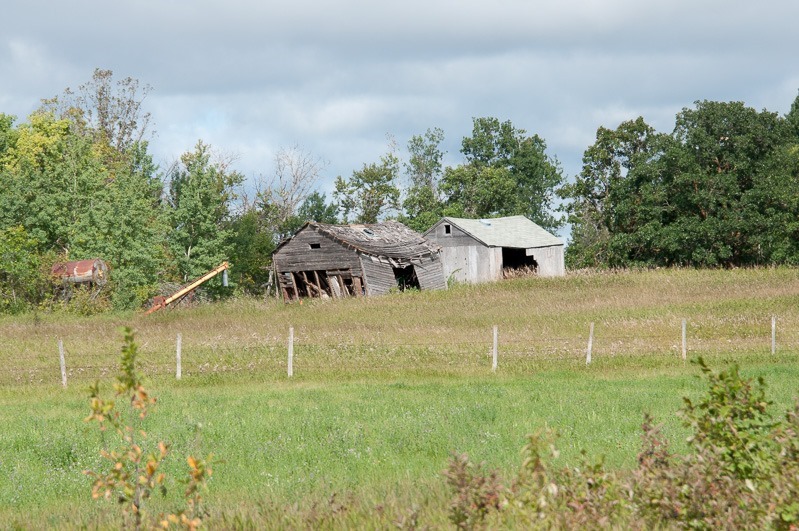 Leaning towards the past

They are also prepared to let go of their old barns when the time comes. Not so much by pulling them down and build something new, no it’s easier to let go, turn your back and never look there again. Sooner or later the barn will have disappeared. I guess it’s “later” in most cases 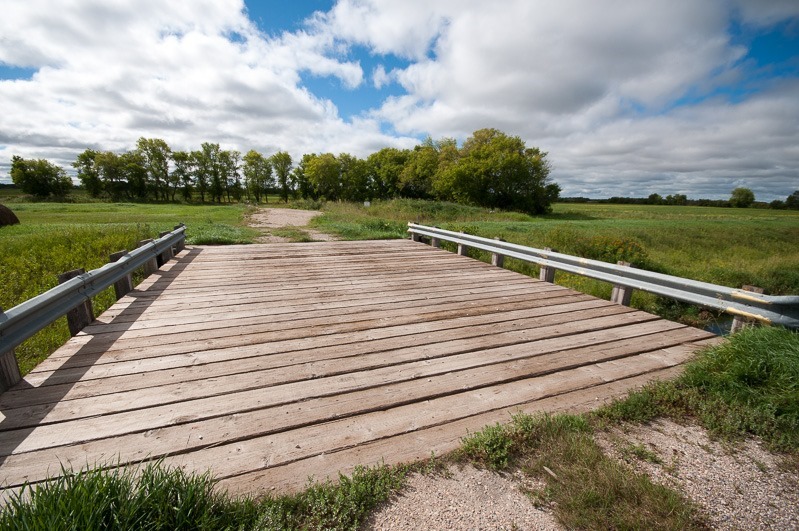 Whenever there are ditches or small canals or waterways, bridges must be built. Not by the government of the province or federal government, no, by the people themselves. Even more, those bridges need to be able to resist farm implements, tractors and heavy trucks laden with harvest. Wooden bridges are everywhere, in their simplest forms. 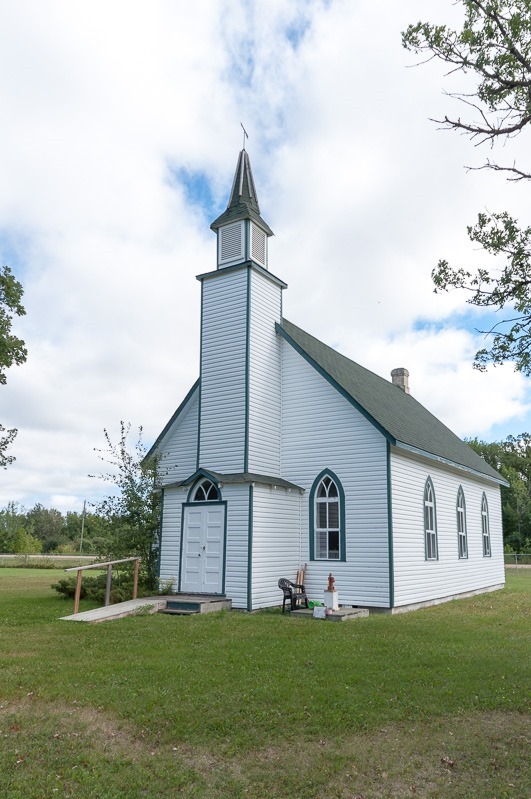 Then, suddenly a neatly manicured lawn with a tiny church on it, next to a gravel road. Gravel roads don’t make me think that the land is much occupied by people. This Anglican church near Libau tells me a different story. While the church is used only once a year for a service, the graveyard around it is being used “actively”. 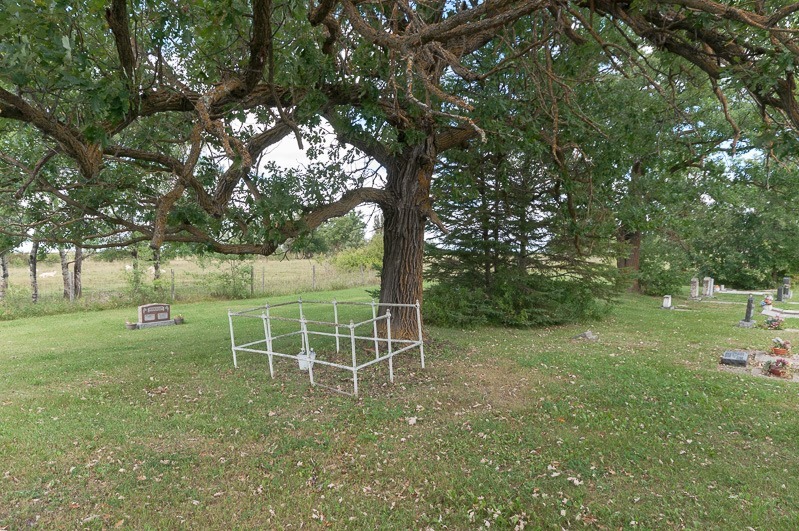 One of the oldest graves looks like the ones you can encounter in Ukraine, but the newest ones date from 2012 and 2013. So this is still an active community using a century old church.

Then it was time to go up north a little further. I ended up at Patricia Beach. The lead picture of this post is Patricia Beach. By now the beach is already empty, except for the wind- and kite- surfers. When I arrived, I guess it was lunch hour and all of them were on their way out of the water. No action shots to be had 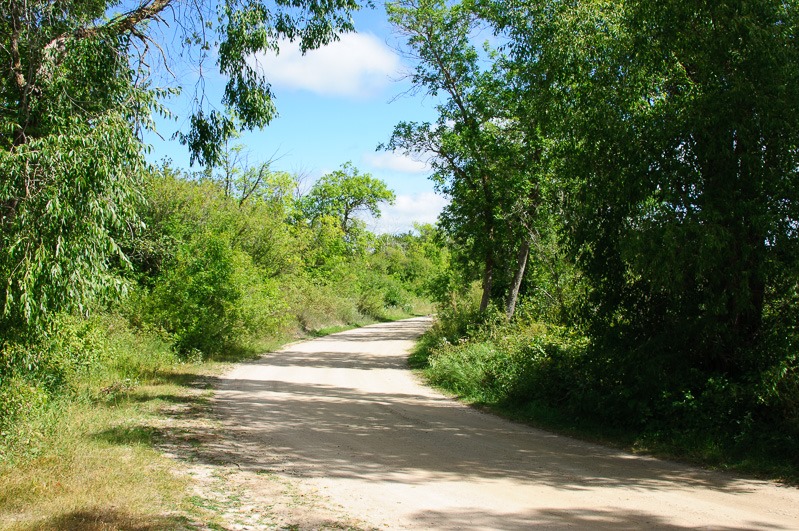 One shot, even if it doesn’t look like much is nearly the same shot as one I took last winter. A small road, bordered by lush green trees. You can find the story here, but just for reference I will repost the picture… 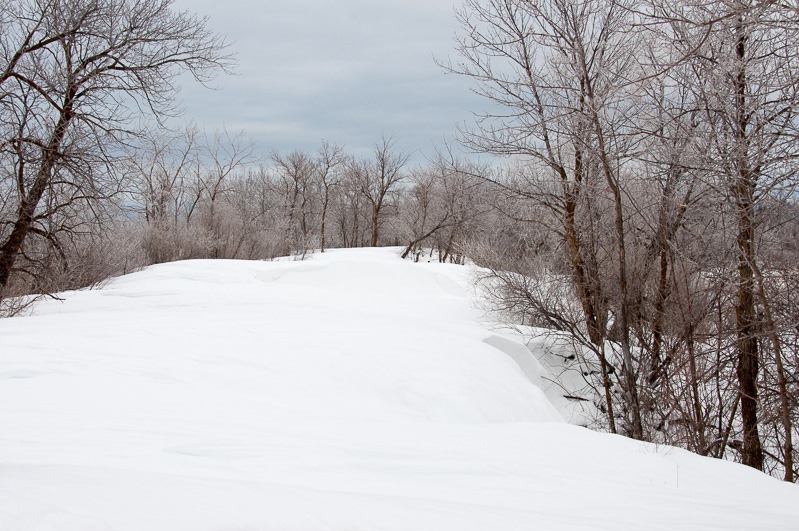 The snowy picture was taken in the same spot, except for the height, nearly six meters higher on top of the snow drift. Quite the difference, eh?

That’s it for my little trip “up north”, a trip through old country, made by people, long gone. Mostly cultivated by hand at the turn of the 19th century.