Turmoil in the skies

Sometimes, the skies seem to be upset. Nothing you can do or hope for is going to happen. You need 3 more months of summer, but the end of summer is in sight. The sky is there to make sure you got the message. A few weeks ago I went out with  friends on a mission called “storm chasing”. 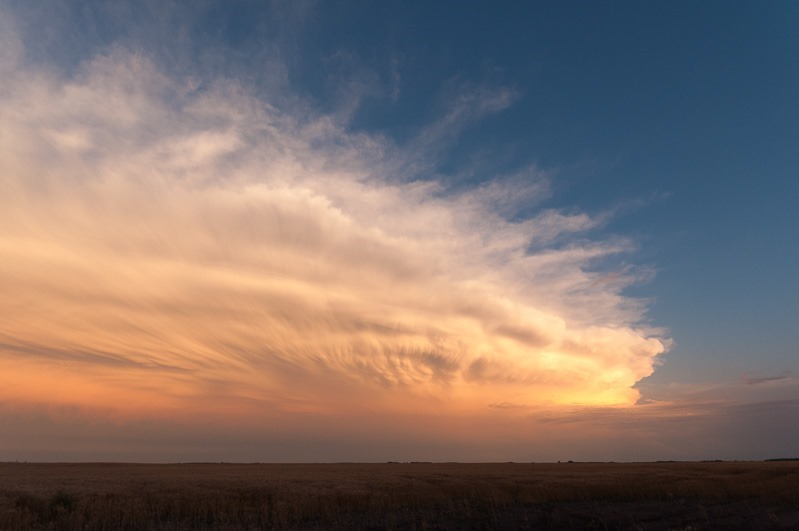 While we didn’t exactly get what we were hoping for (tornadoes), we also did not come up empty handed. The key is in the perseverance. We went out to south-west Manitoba, hunting for a storm that seemed promising for tornado activity.

It always looks like such a small distance, from Winnipeg to Brandon and onwards. On the map it is so close together. Behind the wheel, however, it is a near three hour drive. By the time we arrived in the vicinity of the storm, it was moving south into the United States. We could have followed it, but at the same time it seemed to fizzle out. 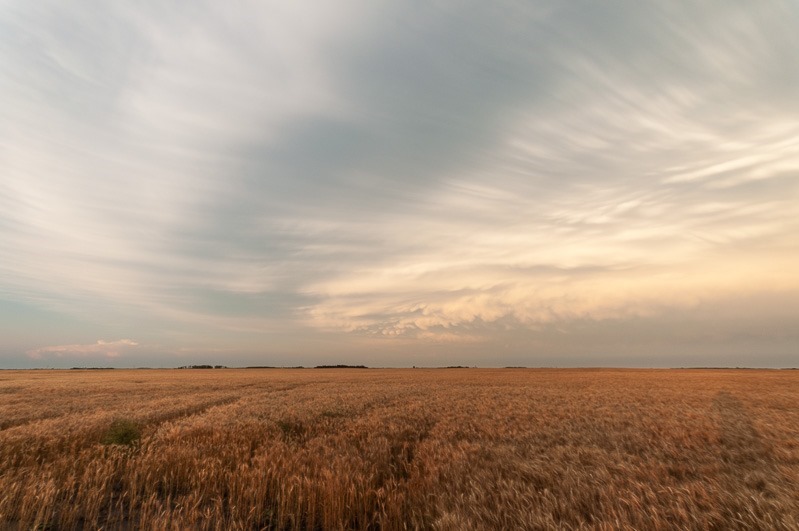 Butt of a storm

We decided to stay on the Canadian side of the border to see what would happen next. There were a few lightning bolts, but nothing worth writing home about. My lightning trigger didn’t even detect the bolts. But I am not sure if it detects anything at all… a different story. 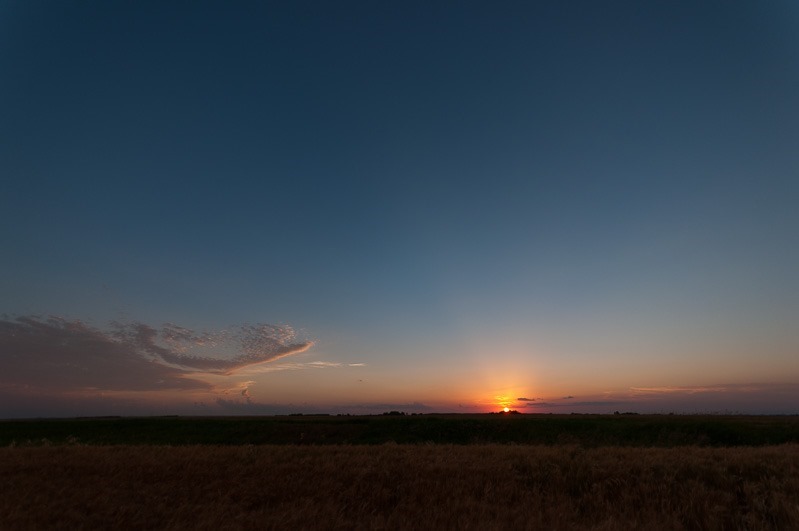 The sunset was one of so many, if you have photographed one, you have seen them all, right? The sunset itself was quite bland, a few nice colours, that was it. Looking back over my shoulder gave the lead picture of this blog post. Way better, eh?

Then it was time to pack up to see if there was nothing more interesting over the horizon. Also we needed gas 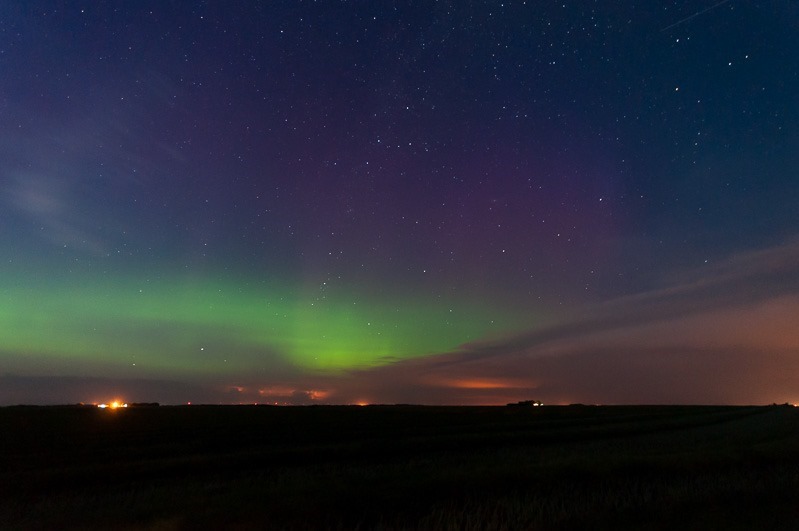 On our way to the hypothetical gas station (most of them were closed by that time) we spotted some greenish glow in the sky. Together with that aurora, a raging thunderstorm over the Interlake region. That storm lasted for at least two hours. It was incredibly active, the lightning just didn’t stop. 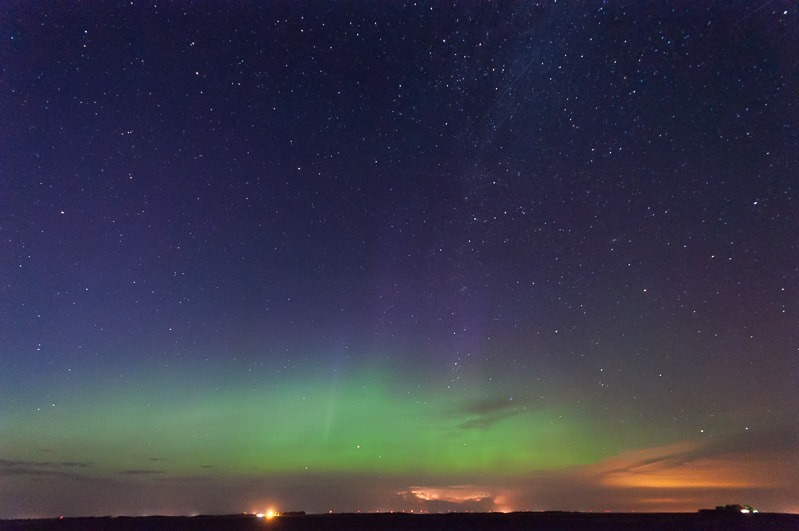 Getting an aurora together with a thunderstorm is quite rare. So I took a lot of pictures. But, as you already know, if you are taking pictures on a tripod of a certain subject, after a few shots, all pictures look the same. Lots of them went into the “archive”, only a few survived the “delete” key. 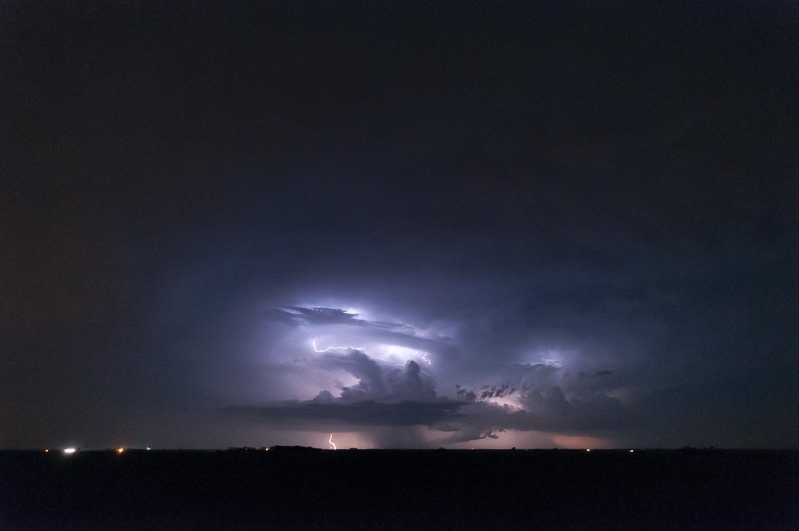 Once we got gas in Portage La Prairie, we decided to check out a new thunderstorm, a newborn in the evening. At first it looked like there would be only sheet lightning and no bolts. The storm was pretty far away, though, so we could get shots of the whole system, and even include some stars. In the above picture you can even see the rain and hail pouring down. This storm came down with golf ball sized hail as well. 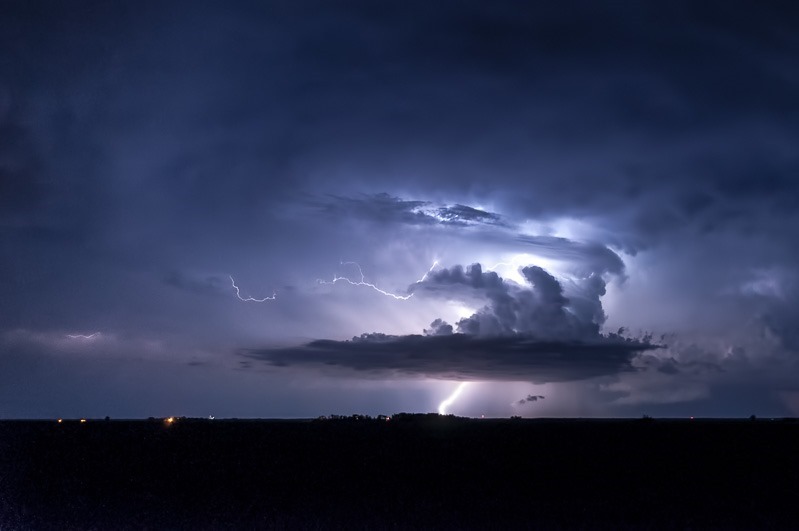 The storm grew in rapid pace and delivered a nice number of lightning bolts. Not all of them directed to earth, most of them stayed high up in the cloud. But like all storms, it killed itself with too much rain. The rain cooled off the ground and the rising air, the cooler air in turn reduced the lightning. The lightning feeds off warm moist air instead. 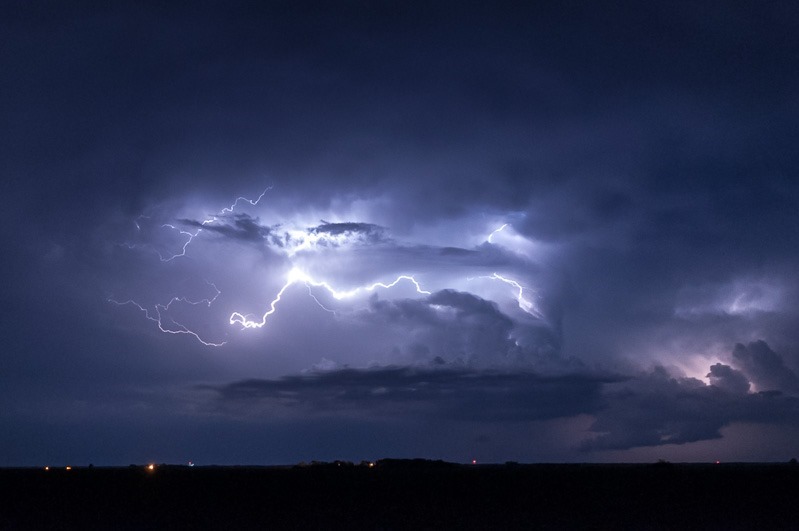 Another advantage of going storm chasing in the open is that, if you know where the storm is going (GPS and Internet-connected laptop helped with that), you can also stay out of harm’s way. Not a drop of rain on our gear, not a golf ball sized hail stone to smash our windows (or worse, my head).

Storm chasing, definitely something I will be doing again. However, the storm season is winding down, I may have to wait until next year… By now it’s time to break out the aurora gear again.