For a long time I have been blogging about birds and bees and dragonflies. All nice and all, but what about the rest of the animals in the city? Namely people and their activities? Well, I thought it was time to start at the roots of the city of Winnipeg. 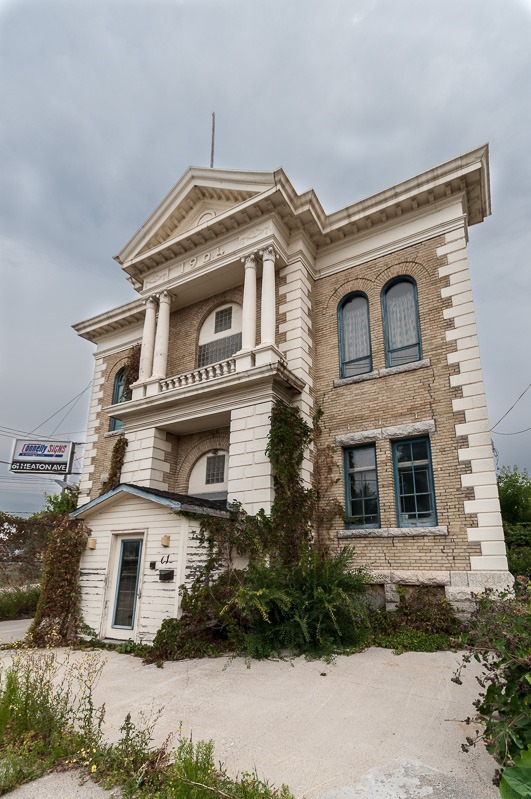 Historically, the workers of Winnipeg lived in and around Point Douglas. The Strike of 1919 started here. Settlers started here. Nowadays we call them immigrants, but whatever you call them, they started here. At least in the old days.

From Wikipedia about Point Douglas:

“The eastern point of the neighbourhood was a traditional gathering place for Aboriginal tribes for ceremonial rites (while The Forks nearby was traditionally used for trading purposes). This is believed to have occurred prior to European contact, and continued until urbanization in the 1870s.

In 1812, this first group of Selkirk Settlers arrived in Point Douglas and began raising wheat crops on the point and along the Red River, becoming the first agrarian colony west of the Great Lakes.

As the Red River Colony (as the Winnipeg region was known) grew, a small cluster of commercial establishments developed on the Fort Garry road at Point Douglas by 1862, notably those of William Fonseca and Edmond Barber. After the incorporation of the City of Winnipeg in 1873, Point Douglas developed a neighborhood. Several notable citizens resided there, including merchant James Ashdown and Manitoba premier John Norquay. Among the houses of these men, there developed more modest cottages, industry such as Brown and Rutherford, a lumber company established in Point Douglas in 1872.

In 1881, Point Douglas was selected as the location that the Canadian Pacific Railway would cross the Red River. This move solidified Point Douglas as a choice location for industrial firms, who could take advantage of proximity to the railway. With the railroad completed by 1885, Winnipeg experienced an intense period of growth, and by 1914, Point Douglas had become a densely-populated working-class neighbourhood, with many immigrants from Eastern Europe.“ 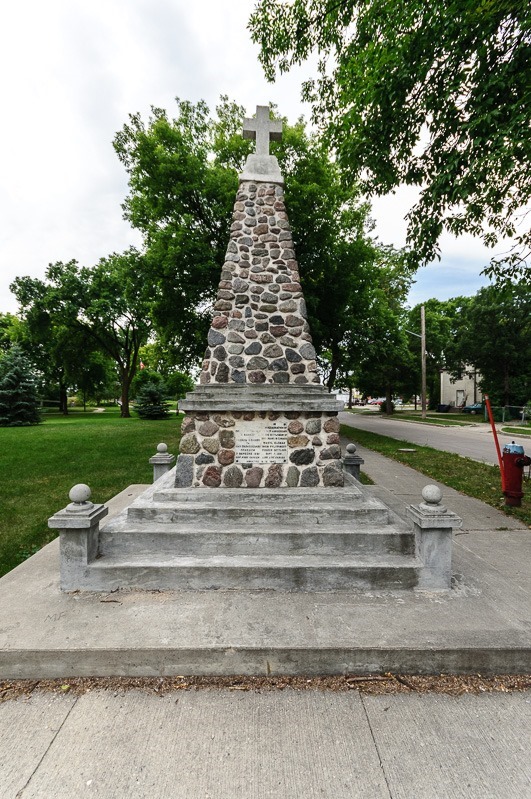 This is a neighbourhood where left-winged parties have a good ear and lots of voters. Point Douglas is part of the “North End”. When talking about the north end of Winnipeg, many people shudder and sign themselves for fear of something bad happening to them in the immediate future. True, most of the homicides in Winnipeg happen here, as well as lots of other crimes. 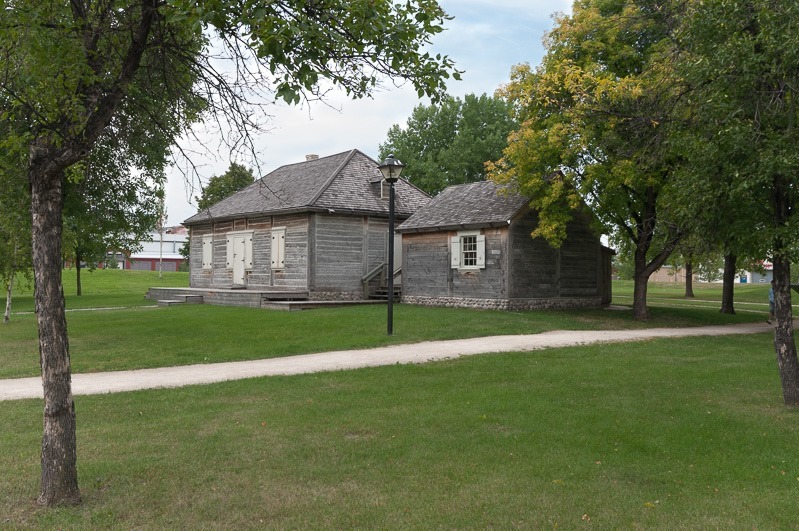 Happily enough for a photographer, that doesn’t always show up in pictures. One of the things that attracted me was this log house. Until I read on the descriptions  that it had been displaced twice before being rebuilt here. So it’s not an “indigenous” house of the neighbourhood. Historical, yes. From here? No. 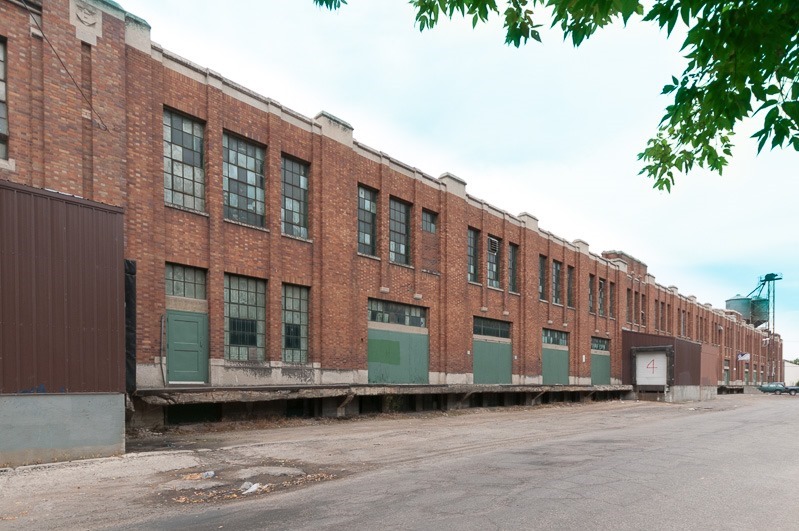 So what is from here? If you are talking about industrious people, then you need industries. In cities like Kiev, Ukraine I was surprised to find full-fledged, heavy, industries located next to apartment blocks. I thought that that could not happen in the “Western” world. However, here this did happen, and already a long time ago. While the activities of the different buildings may have changed over time, the industrial nature of those buildings has not. 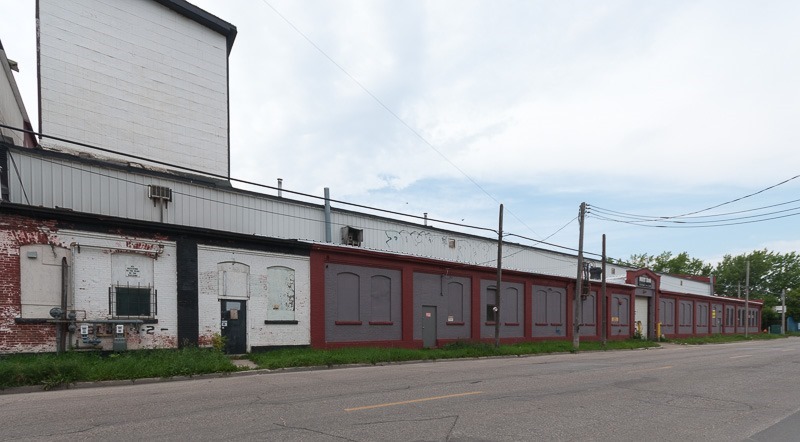 Some of those buildings seem newer than the origins of the neighbourhood, others seem to have been there nearly from the beginning. 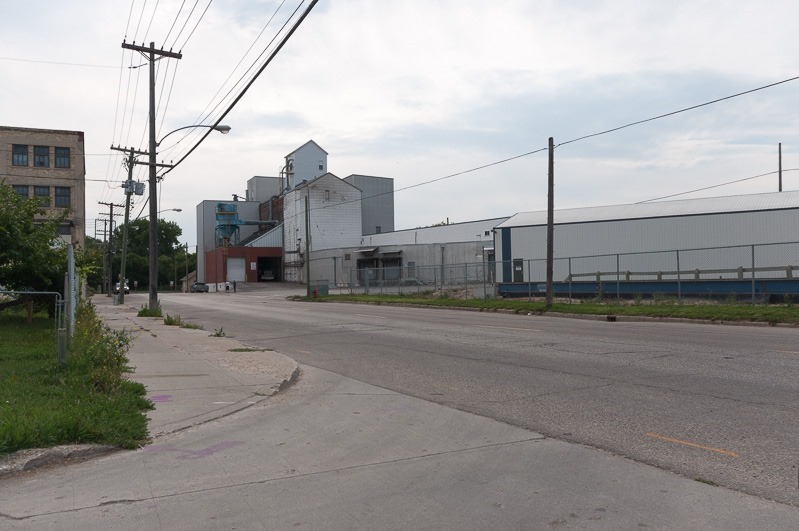 Old buildings, mixed with newer ones, all still in function. There is very little decay of the buildings. Apart from some smashed windows here and there. And then again, not as bad as here. 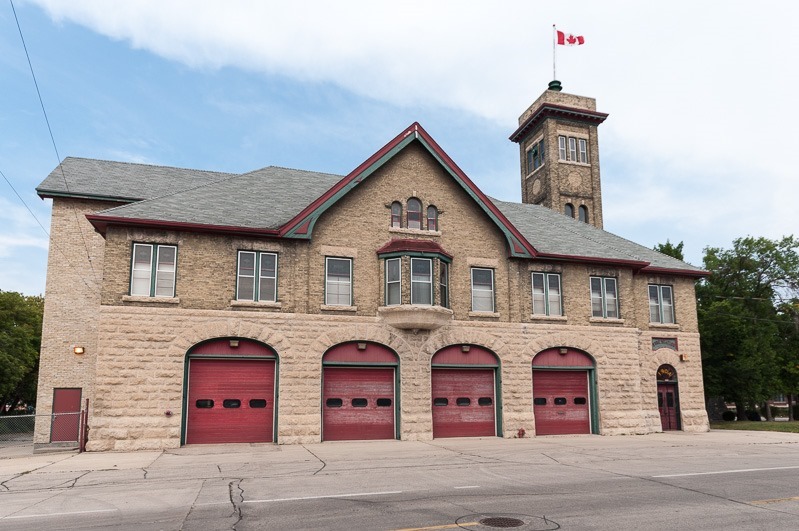 Wherever you have industrial buildings or habitat, you have fire hazard. So there  are always the fire stations not too far away. Fire station number 3 was built in 1904 and now converted to other functions. 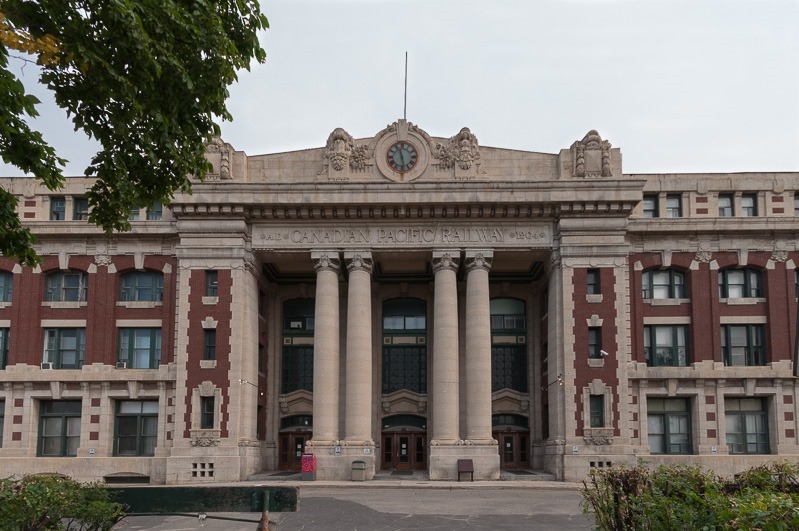 Close by Fire Station number 3 there is the Canadian Pacific Railway Station. Also converted to other use. However the outside of the building has remained the same as when it was built. It was a pity I couldn’t get inside. Next year with Open Doors Winnipeg perhaps. At least the outside Beaux-Arts facade is still there to enjoy.

There is lots of history in this neighbourhood, but to say that I want to live there, perhaps not. The houses seem nice, but too close together for my taste. As for the crime rate… I don’t know, numbers are only numbers…