A trip to the marsh

Oak Hammock Marsh, just north of Winnipeg is always a good place to find dozens of different birds, insects and other critters. The marsh is in a state of “drawdown” making way for plants that have had no chance to grow in the last few years. 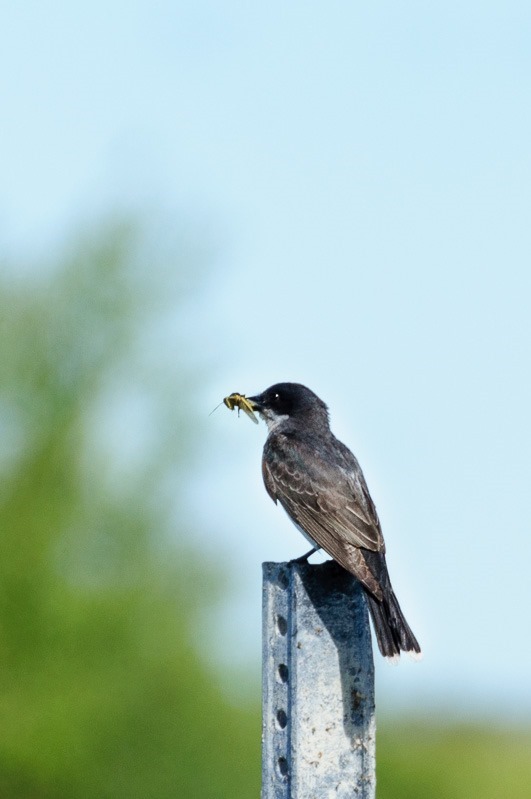 Probably a very good idea for the marsh’s ecosystem, but for photography not so much. Reeds now block the view to most of what is left of the water surfaces and birds now nest in the reeds instead of in a more visible place. Again…

a question of “shoot what you get, and don’t whine about what you don’t get!”.

In fact, some of the birds are still visible, as long as you look closely enough and don’t make too much noise. Or show up like a banshee, scaring the living daylights out of them. The Eastern Kingbird of the lead picture of this post was quite happy to show off its meal. Albeit only for a few seconds. But when you photograph something you only need 1/1000 of a second to get the image, right? 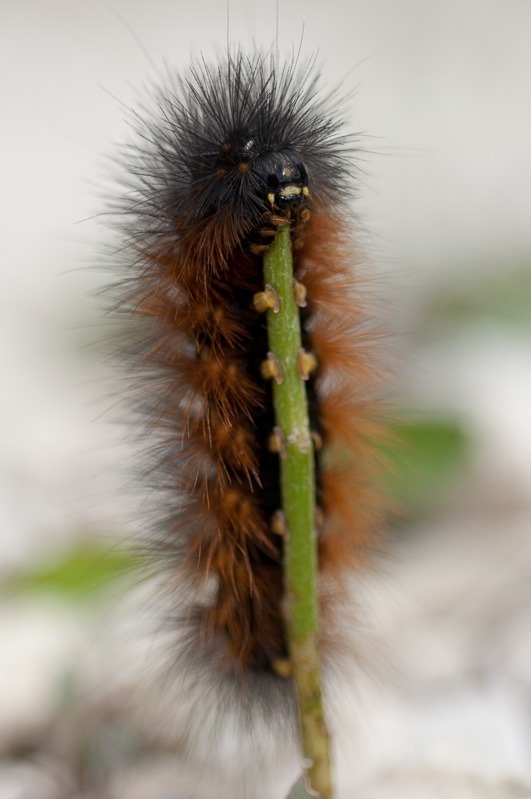 In other cases you have to get down low, on your knees or in this case on your belly. This Woolly Bear looks pretty hungry. In fact it was nearly at the end of the plant/meal. I broke out the macro 60mm to get this shot. It wasn’t going very far in the time for me to change lenses. The Woolly Bear will later turn into a pretty unsightly moth. All that for the price of half a dozen wood ticks on my pants… 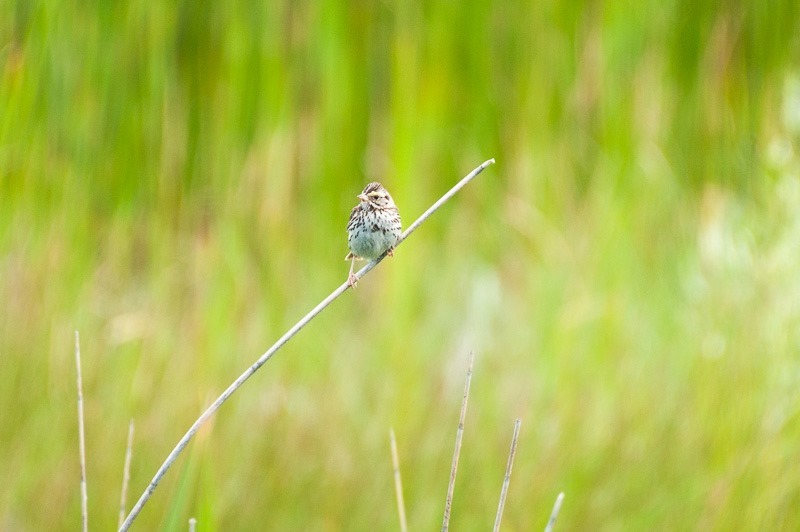 Usually the type of bird I will call a “two-pixel bird”. A Savannah Sparrow, a kind of sparrow I had never seen before until now. It’s good to have a lens that reaches a bit like my 28-300mm. Blowing these pixels up to a decent size will destroy the picture. This photo, however, has a nice blurry background. The bird stands out, so the picture stays in my collection. 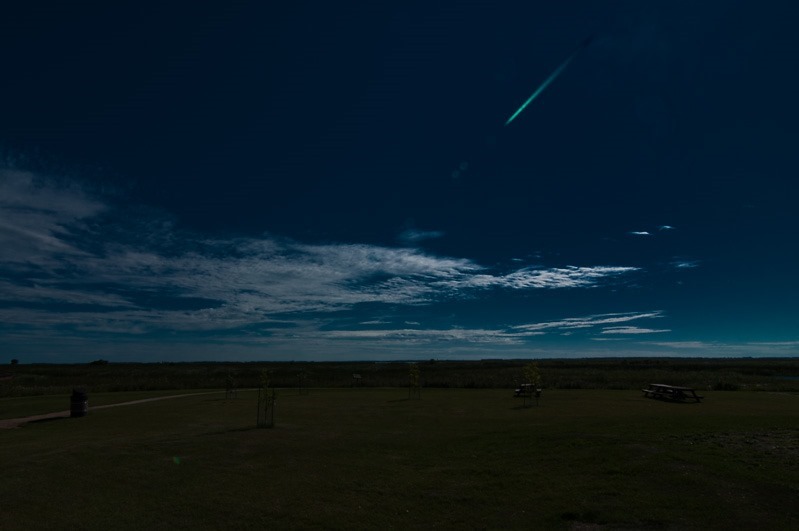 This time, I decided to go a little further on the tracks of the marsh. There are observation mounds all around the different lakes or cells as they are called. The closest of the far away mounds is a small 3.5 km walk from the parking lot. As I crossed the first observation mound close to the parking, I found that my wide angle lens had some lens flare. Since this was a lens on loan, I will not say anything bad of it. However, my own Sigma 10-20mm does not have this behaviour. The lens flare here looked more like a meteor instead. So I decided to darken the whole scene in Lightroom and make it pass as a meteor instead. I did have to crop out the counterparts in the bottom left for this to look more or less realistic… 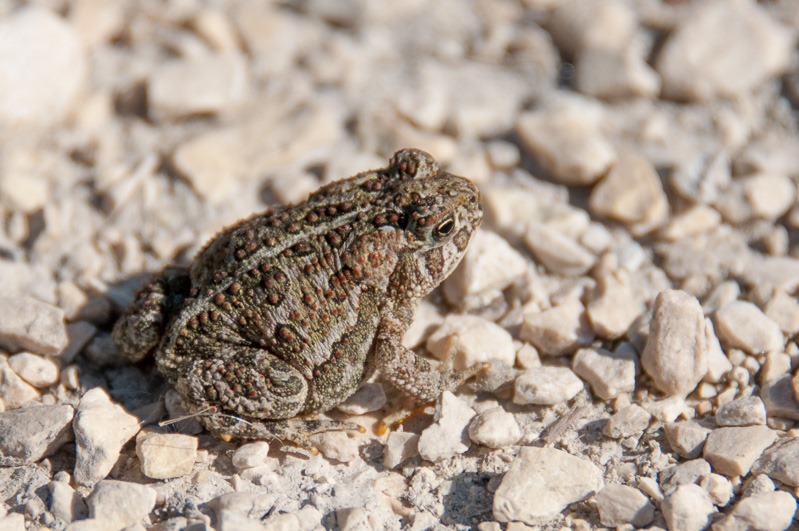 Back on the track to the far away viewing mound. If you are in a place like Oak Hammock Marsh, which is completely consecrated to the preservation of wildlife, you should not be stepping on it. This little fellow nearly breathed his last breath under my shoe. I saw it just in time and shot it instead of flattening on it. Sounds horrible, isn't it? Toady got another life… 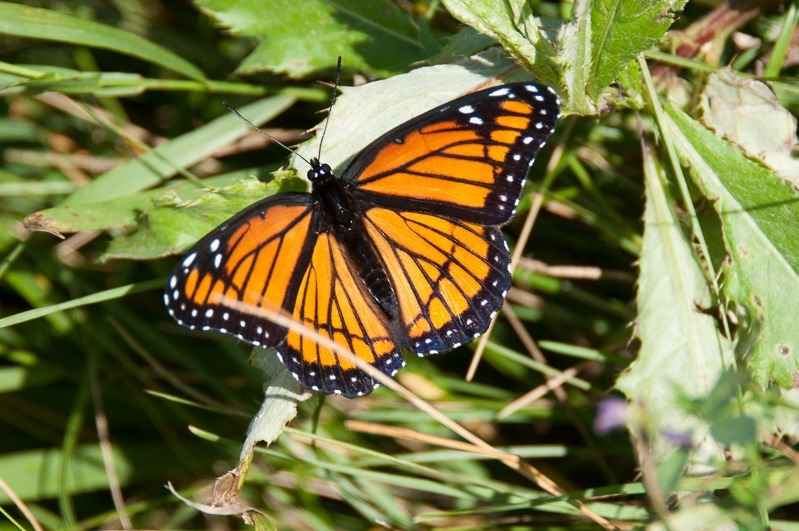 Leading to that “far away” observation mound is a dike that separates different cells of the marsh. This allows management to drain certain cells and leave others full of water, thus keeping the integrity of the marsh and the species that live in it. The dike, however seemed to have had its grass cut about a month ago. Perhaps on purpose, perhaps not, I don’t know. The ticks on this path were plentiful, though. There was ONE Viceroy butterfly that let its picture be taken. All the other insects were too busy flying away from me as soon as I pointed the camera towards them. It was also the only wild butterfly so far that I got during this summer. 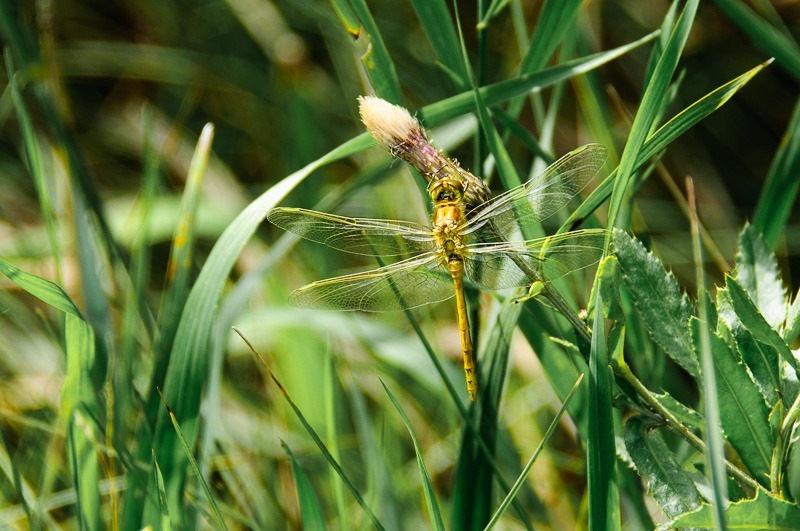 The macro lens was in my bag again, since most of the insects were unapproachable. Happily the 300mm reach is enough to get the insects, albeit with less detail than with the macro lens. Now that I have “tasted” the details of that macro lens I will definitely use it more often, insects willing. 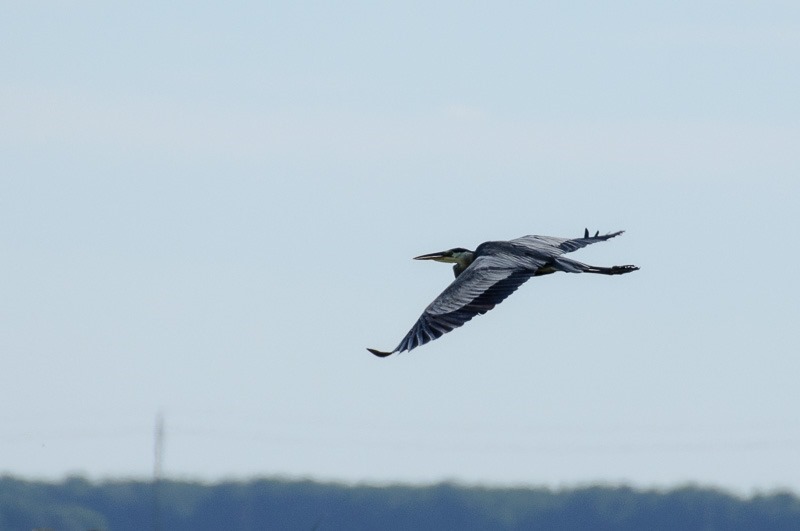 Then suddenly, a Heron flies away. That alone was worth the walk to that far away mound for me. To catch it with its bill slightly open was a bonus I only noticed back home on the computer. Camera manufacturers can say whatever they want about the quality of the displays on the cameras, they are always too small. 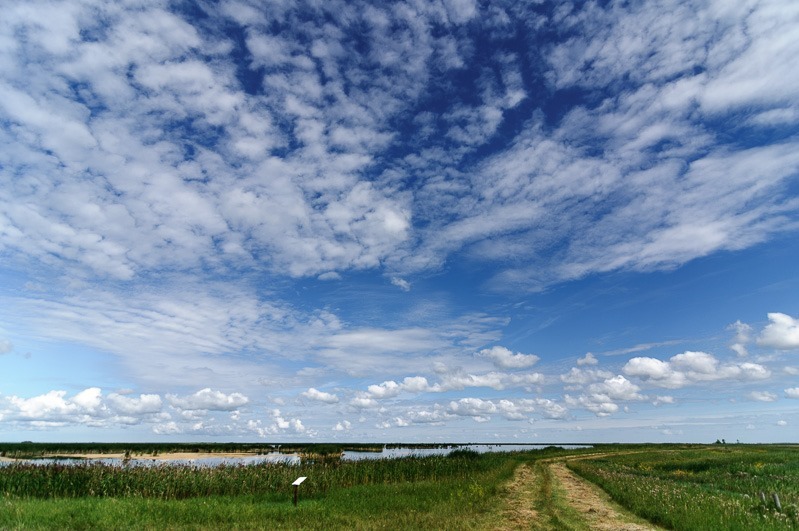 View from the observation mound

Then, finally, the observation mound. Well, there was not much to observe bird wise. If you were into insects, mosquitoes were plenty, as were dragonflies of all kinds. However, the mound was my target, 3.5km from the parking lot. Plus the return over the same path. 7km of walking briskly was not too bad for some exercise. Exercise I lack seriously during the week. 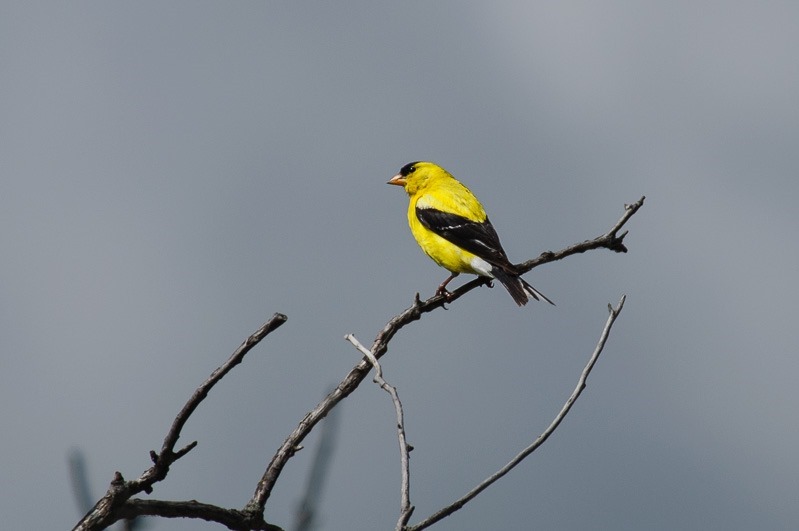 By the time I got back to the parking lot, the clouds had gathered menacingly. Nothing came out of that, though, except the background for this American Goldfinch was all the more dramatic. The bird really popped off the background.

Thus ended my trip to Oak Hammock Marsh this week. All in all more productive than expected. I guess that in a month or two, the migratory birds will be back and there will be more to shoot. As far as I can see , there is enough food waiting for them, as long as they like mosquitoes.