It seems like this is becoming an ongoing series about the skies of Manitoba. It is true that skies are always fascinating. I grew up in a medium town in Holland. Seeing the wide open sky was not always possible and usually if the skies were interesting it was time to get inside, or time to get soaked. 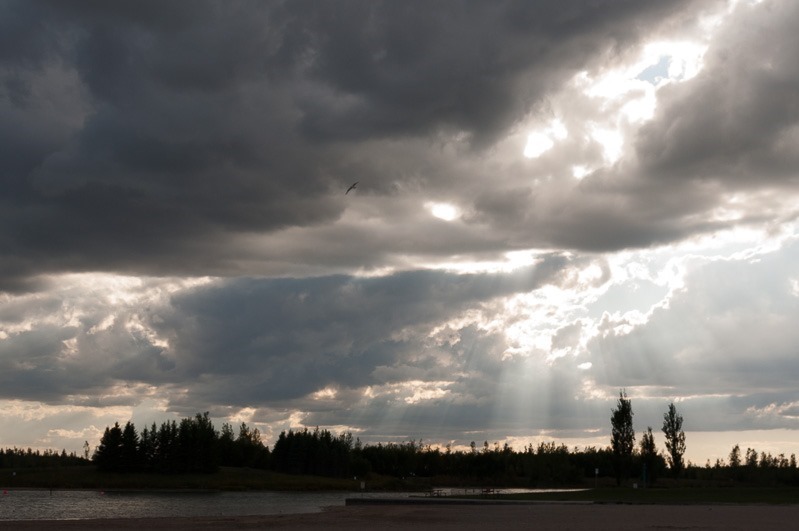 Not so here in Manitoba. The prairies allow for viewing of interesting skies from a distance and stay dry in the process. So here are a few more of my skies.

Now, it seems that posting pictures of clouds is not “cool” or even “interesting”. If you have that opinion, this post will not be for you. All you can get today is water vapour and blues. 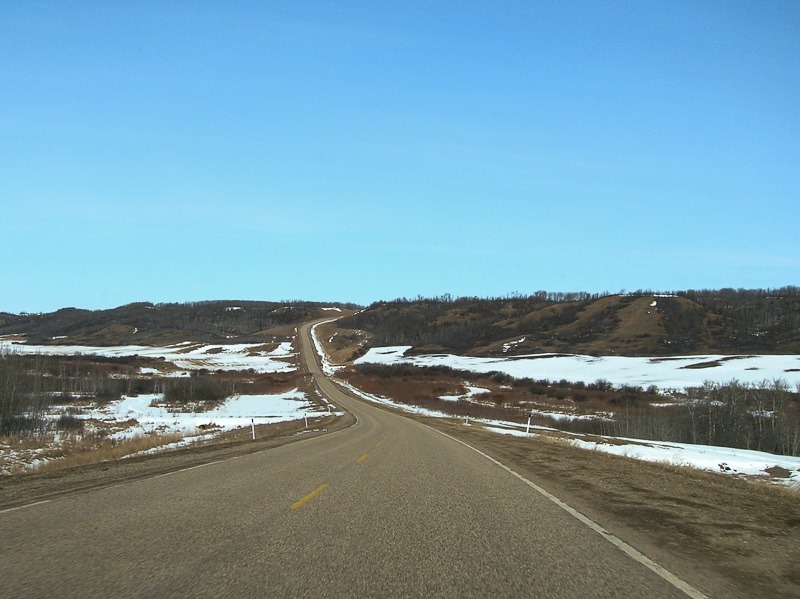 Driving toward Riding Mountain National Park in my first winter in Canada. I guess I had been here for a few days only. The clear blue sky was something that we don’t often get like this in Europe. At least not in Holland. Many photographers will scorn the clear blue sky for not having any details. This picture is all about that absence. 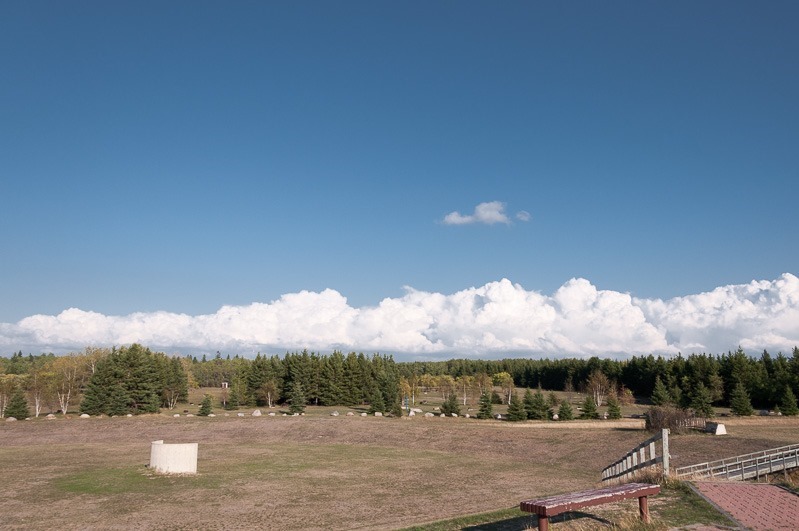 Closer to home in Winnipeg, Birds Hill Park has some relief from ancient eskers and allows for viewing skies with a lot of foreground. This was the site Pope John Paul II chose when he visited Canada in 1982. He could have found a worse place

. Late afternoon clouds appear in the east and provided lots of rain during the next few days after I took this picture. 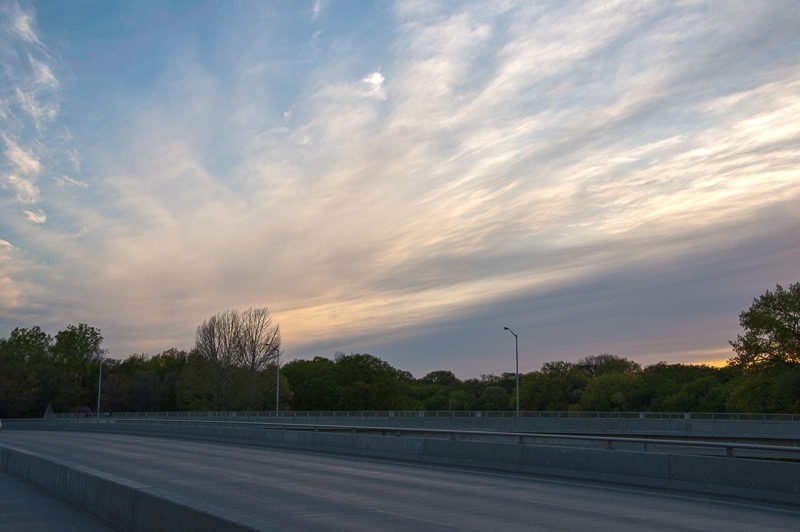 A quiet evening over a bridge that never freezes. The Maryland bridge in Winnipeg is kept at a constant temperature of +0.5C in winter, not allowing anything to freeze on the surface. Visibly that tactic pays off, the bridge has needed no maintenance since it was built. A pretty but menacing evening sky makes the picture. A fairly long exposure of 5 seconds removed all cars from the picture as well. 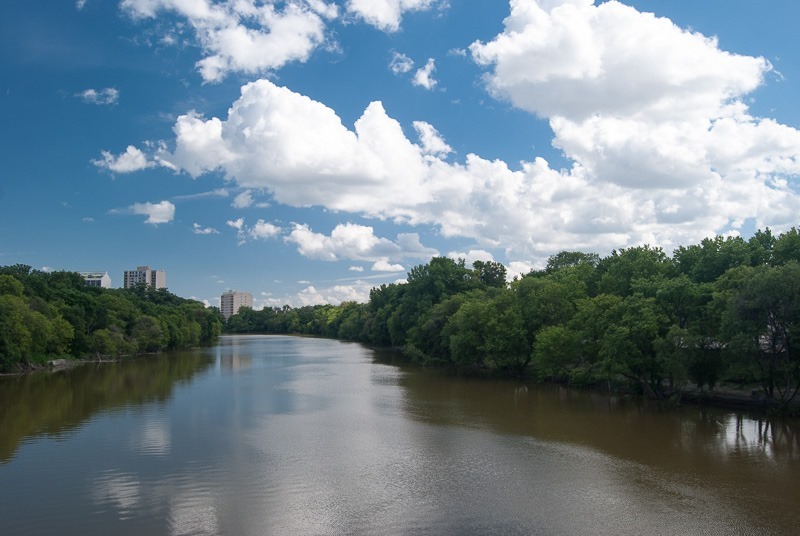 A summer evening view from the same Maryland bridge. The river still pretty high and not going down for the rest of that summer. The nice fluffy clouds were there only for the evening, without bringing any rain or cool. 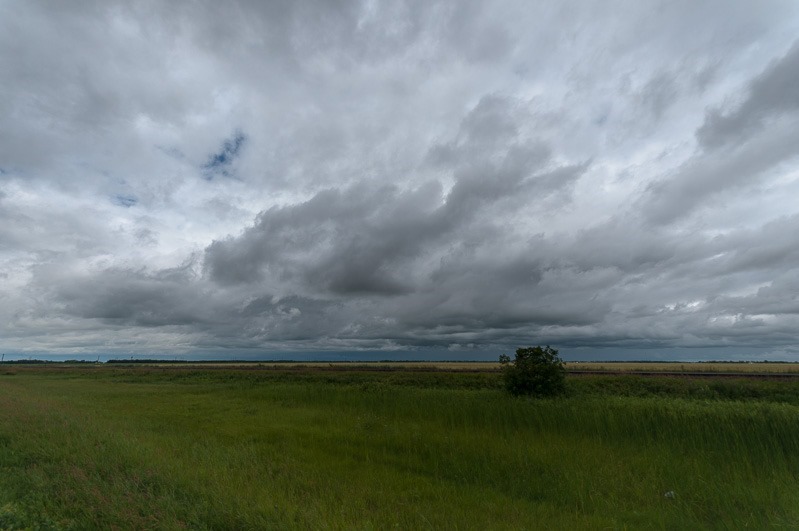 Prairie view with clouds. That’s what the title of this picture could be. In the far end, low above the horizon you can see the rain coming down while in the foreground everything remains dry. This summer provides more cloudy skies than the previous summers. 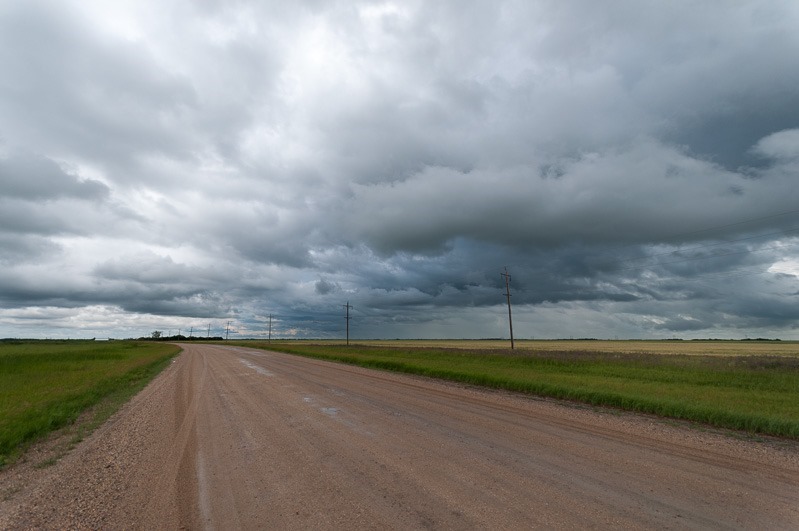 When you think of North America, roads are always paved and look like highways, right? Unpaved roads are common in Canada. They provide for quieter roads thanks to less traffic

. Cloudy skies make for the infinite depth of field or should I say “Depth of skies” ? Again you can spot the rain coming down far away. 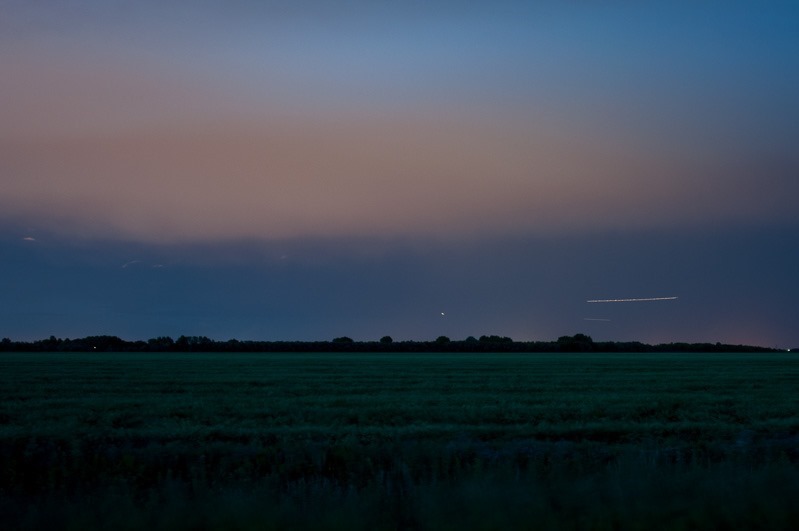 Thunderstorm hunting resulted in a bust. The only thing that was remotely interesting was this ominous sky over Winnipeg. Planes can be seen landing where the thunderstorm should have been. No use in waiting for the lightning bolts to light up the sky. 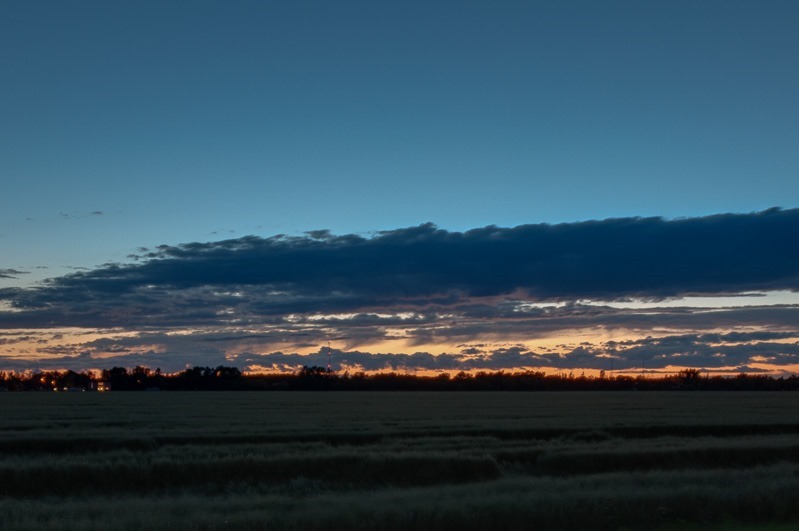 Turning around showed this sunset, or “after sunset”. The picture is HDR since the difference in light levels was too much to handle for the camera.

Even when we think there is nothing to see, always look up in the sky and you can find some interesting pictures. Not that I am going to write about them every day, but over time I get a nice collection of skies over Manitoba.