Turn it how you like, but in Canada we love our weekends. Even more if they have three days, but that’s not that often. Many times I think I need a day in between Saturday and Sunday to really calm down from the week’s work and troubles. 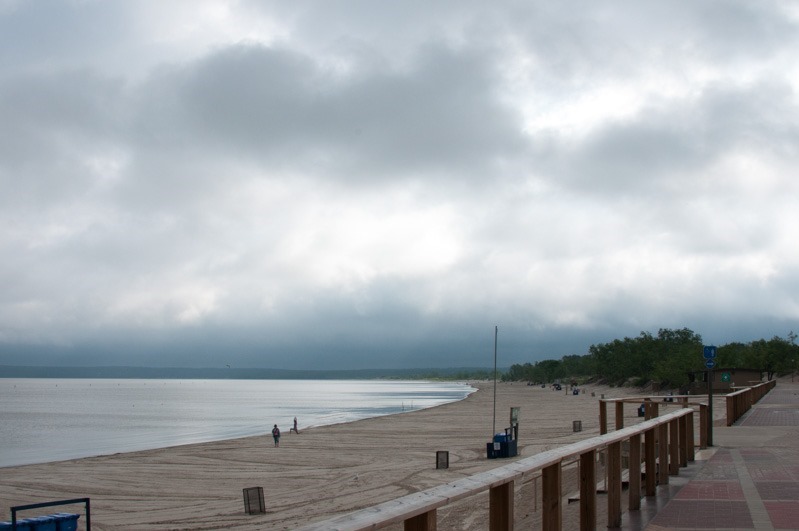 But, hey, everybody has the same weeks, right? If not, then please don’t tell me. Here is the story of one of my usual weekends, two days long.

We started off at Grand Beach on Lake Winnipeg. As you can see in the lead picture, the weather didn’t look too nice. It became much better during the day, though. Finally we left the beach for a different environment. As you already know, I just love taking pictures of nature. A beach, full or empty, is not one of my favourite subjects. 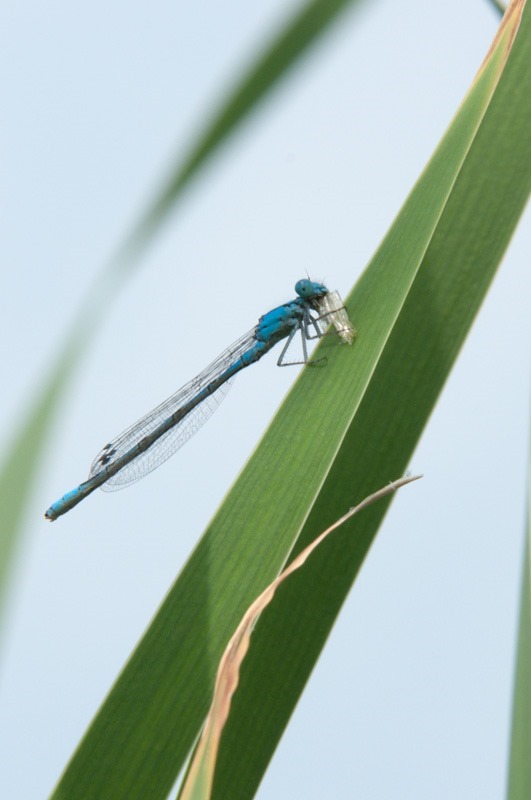 Bleuet, munching on a mosquito

As was to be expected, the mosquitoes were out there in force. You could say Brute Force. Not a single place where they were not. The abundant rains of the last few days have simply spiked the number of mosquitoes all around. But then again, the dragonflies and the birds also have more food. 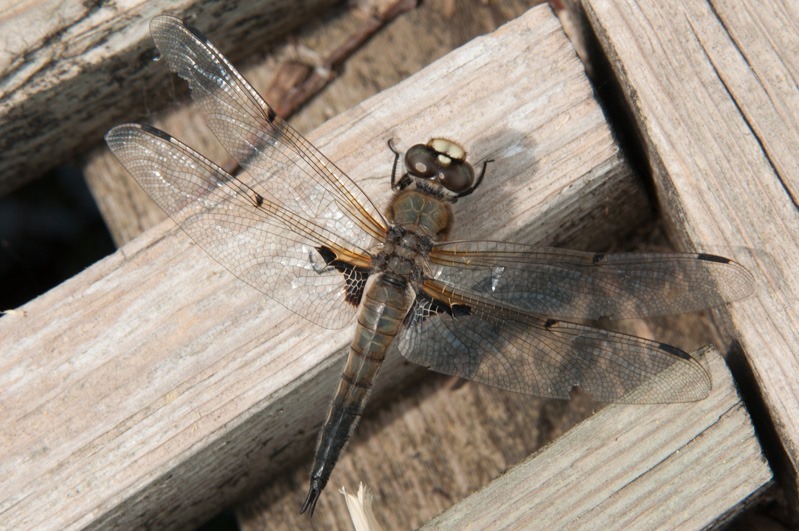 When I was still in Holland as a kid, it was a pretty rare sight to see a few dragonflies together. Here in Manitoba you can see them by the dozens if you’re not careful

. Unfortunately this also means that there is a lot of food for them. 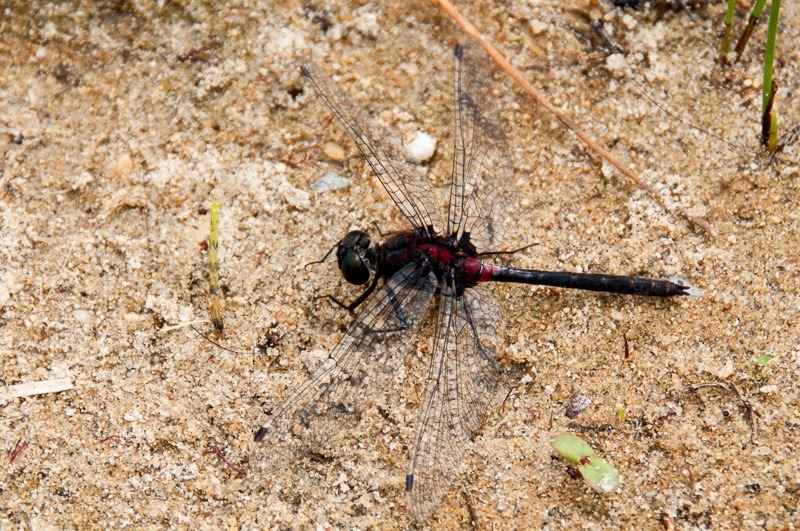 While dragonflies are “supposed” to control the mosquitoes here, in fact it is more or less the other way around. Dragons fly during daytime, while mosquitoes prefer dawn and dusk. Mosquitoes can have several generations in one summer, so their populations can rise dramatically in a short time. Dragonflies have only one generation each year, so their numbers cannot increase to match mosquito populations. In the mean time, those dragons can eat as many mosquitoes as they like, and even more, as far as I am concerned. 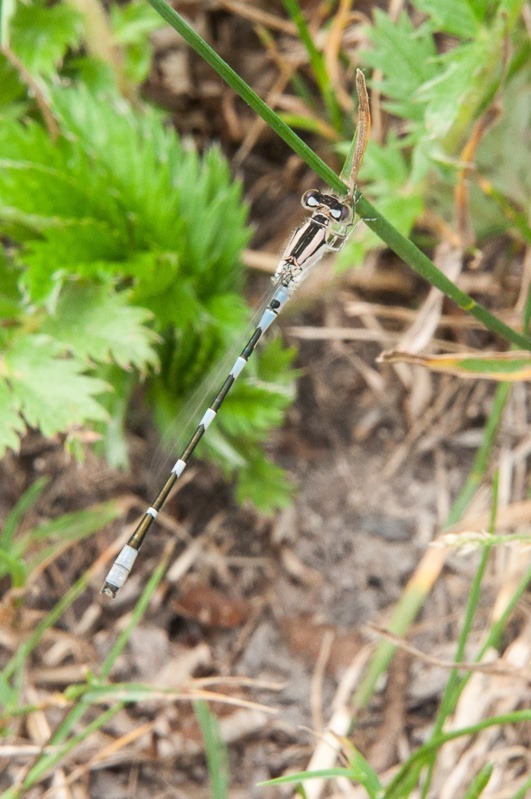 The first visible difference between a dragonfly and a damselfly is that the damselfly will fold its wings over the body, while the dragon keeps the wings stretched sideways. Many dragonflies are from the family called “Odonata” that being Greek for “having teeth”. While most insects have mandibles, the teeth of the dragonflies are sometimes visible. And mosquitoes don’t like those teeth 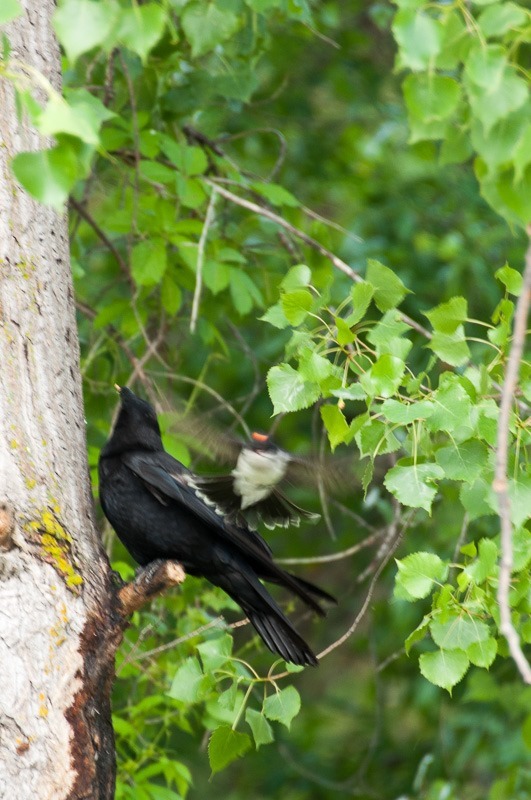 Over to some other predator. This blurry picture of a crow being attacked by a few Tree Swallows was quite the sight. The crow was visibly too close to the nests of the Tree Swallows and they decided to get him out of there. Chirping, dive-bombing and aiming for the crow’s eyes. Finally the crow left, but not with pleasure in its heart, more with hunger in the stomach. 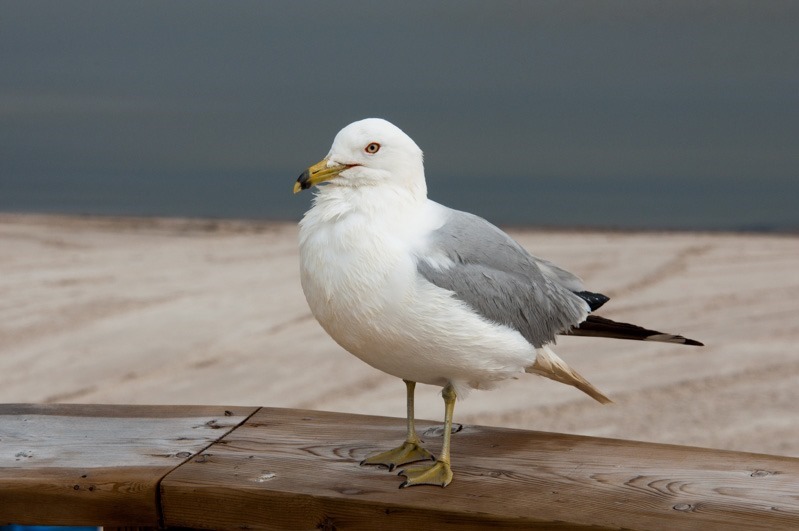 The gulls that morning were pretty calm, they even let me get close enough to take some decent pictures of them. Usually, when they are flying around, screaming their heads off, it means that weather is changing, and not necessarily for the better. 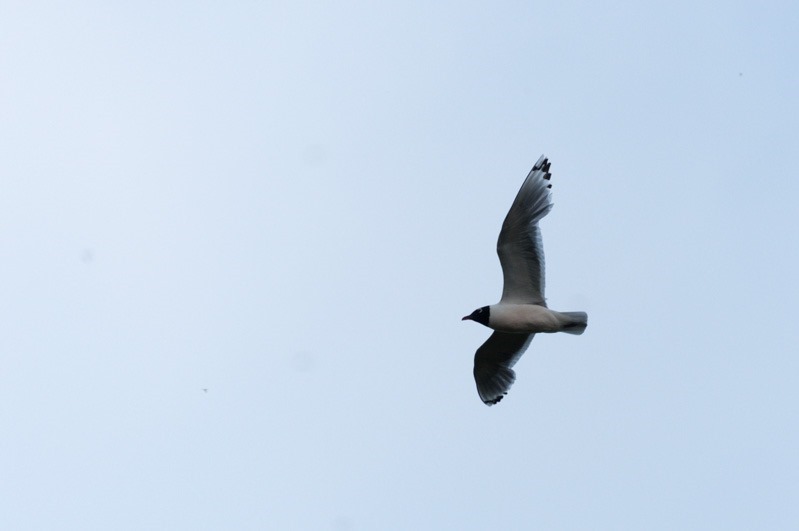 When we were getting our breakfast, I noticed the gulls overhead. There was a great swarm of them, never getting close to the ground. You may think that I have clots of dust and other stuff on my sensor. That was my first thought too. But none of that is true

. All the specks in these pictures were flying food. Also known as insects. They must have been pretty big, to show up in the picture like this. 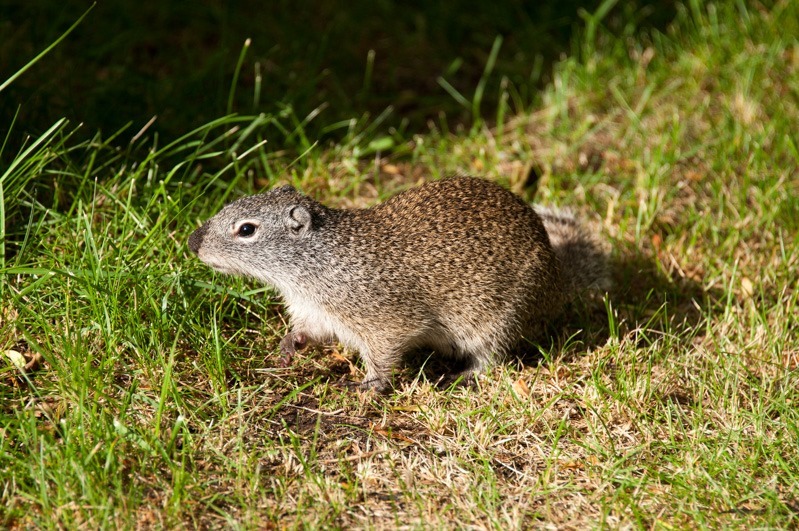 On the ground, foraging is a different matter, and when you’re scrounging the picnic area on a Sunday morning around 8am, you will be disappointed and hungry. Even if this little guy does not look underfed. 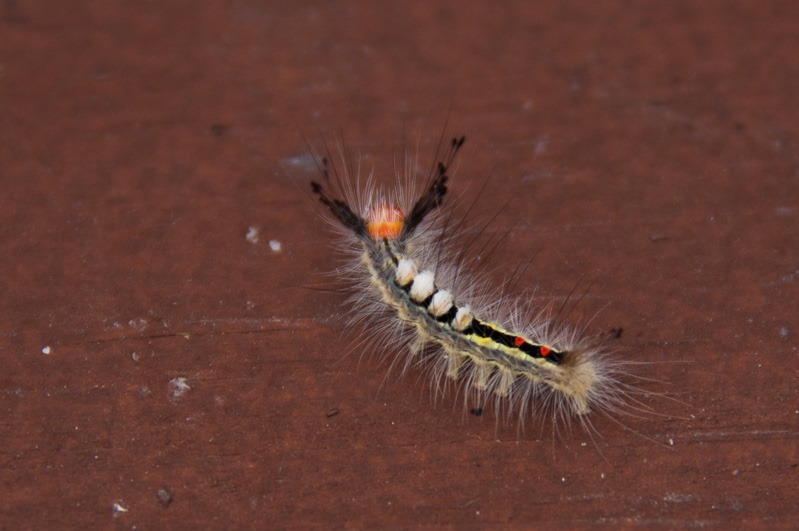 Then this little guy/gal crept up on my shorts. Happily on the outside, though. I was always taught by my parents that the more colourful the caterpillar, the more colourful the rash it will give on your skin. This one is no different. It is well known (but not by me) to give serious allergic reactions to some people. And if you know that I get big welts from simple mosquito bites, this guy was not welcome so close to my skin.

Once on the picnic table though, it was a nice subject for a picture.

And another summer weekend gone into history