We have been waiting for this for a long time, but finally summer is here. The start was a bit rough, or let’s say wet. A camping weekend was half drowned, but much enjoyed anyway. 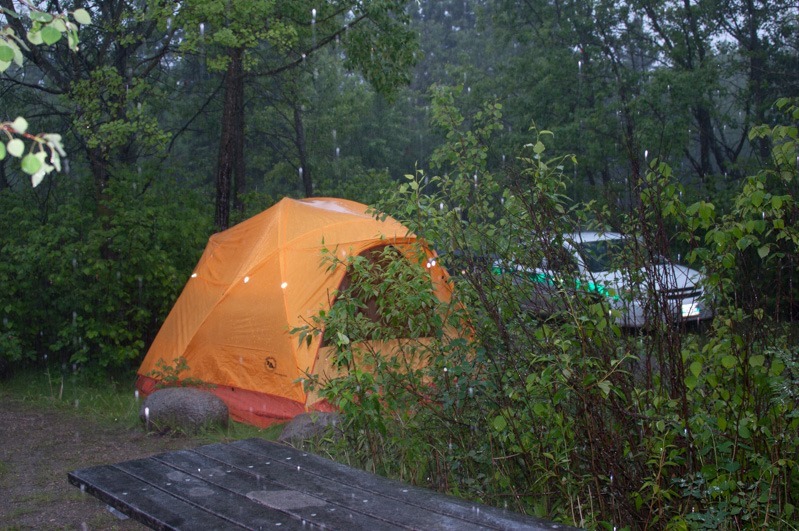 Heavy rainfall in many parts of Canada have caused trouble. Happily the camp ground where we were was high enough. But after that lonely weekend of heavy rain, the sun finally came around and started to heat us.

Heat was up to around +30C in some spots and air conditioning was doing a full time job. 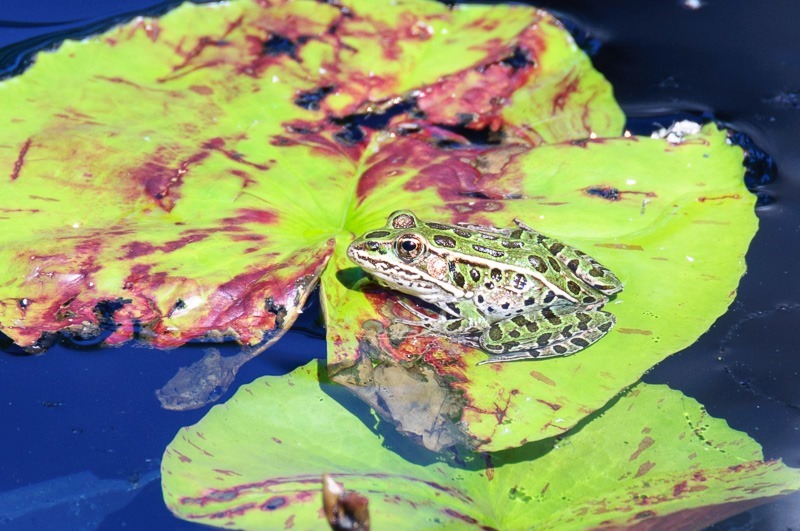 Frogs like this Leopard Frog were still happy; there was enough water around to get some cooling. Apparently the algae reducing fluid has no effect on frogs. It must be safe, although is gives the water a distinct blue colour. 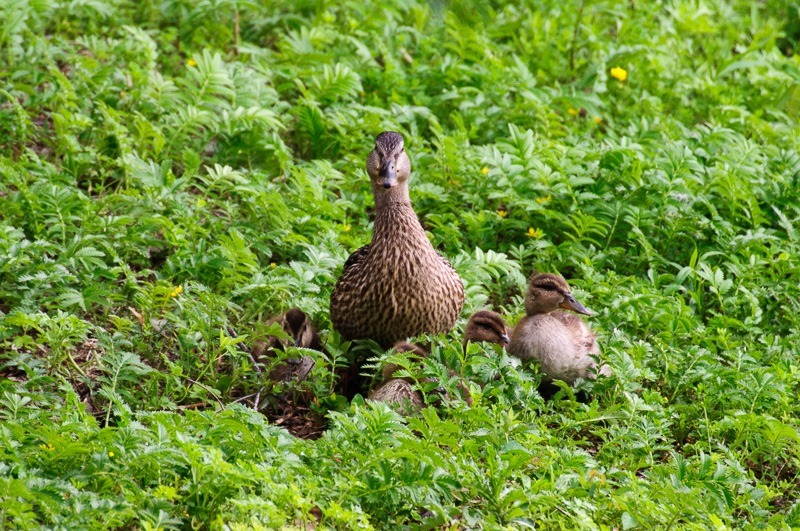 Fort Whyte is teeming with life, although many of the birds have migrated elsewhere. Now all the young families remain, the young ones are not able to fly just yet. That doesn’t mean that the parents allow us, photographers, to come close and shoot their offspring, though. The stare this Mallard hen gave me could have killed me! 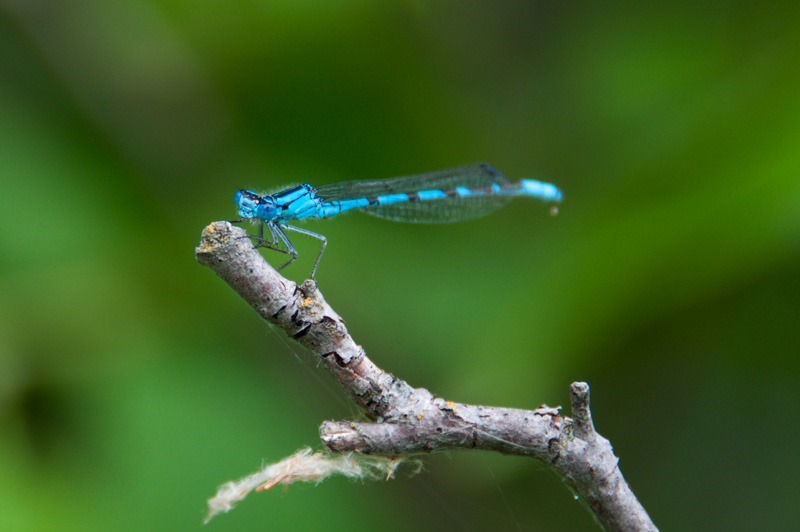 Other creatures like this damselfly Boreal Bleuet or Northern Bleuet, are here to save us from the onslaught of the inevitable mosquitoes. With the rains in the past few days/weeks there are more than enough places to create new mosquitoes. Let the dragons and other insects feast on the mosquitoes! 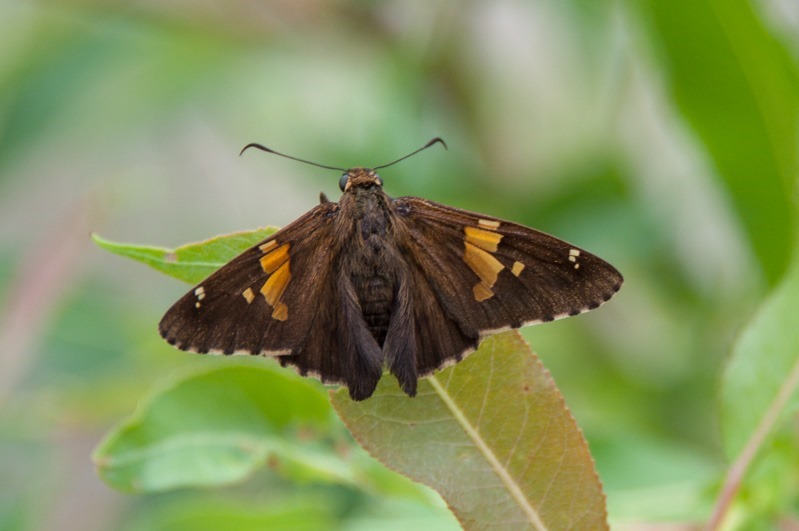 This butterfly, though, was just there to look nice. Or perhaps it was destined to become bird food, I don’t know. At first I thought this was a moth, but after checking with some MFF friends, I was told that it was a butterfly, even if it looks really furry. 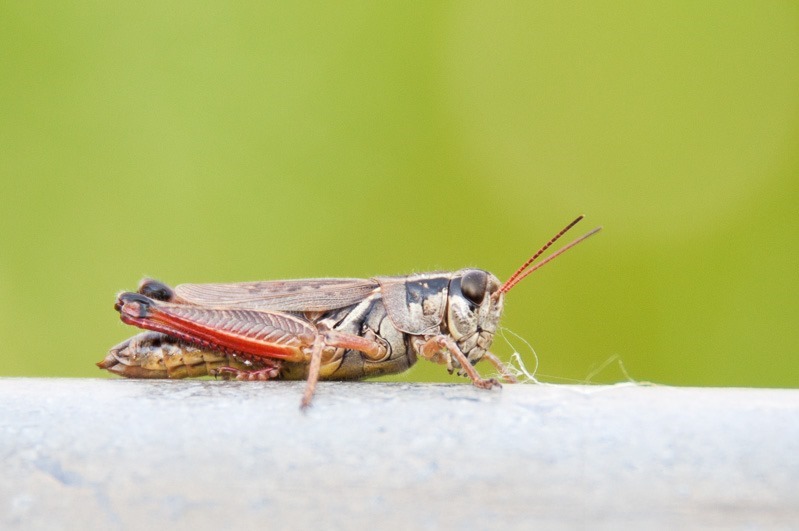 While all the previous pictures were quite close to Winnipeg, at one point we decided to go to Hecla island to see what was going on there. In fact, not much, but some nice pictures and a quiet afternoon in a secluded little spot did wonders for the mood

. The grasshopper close-up was a bonus. 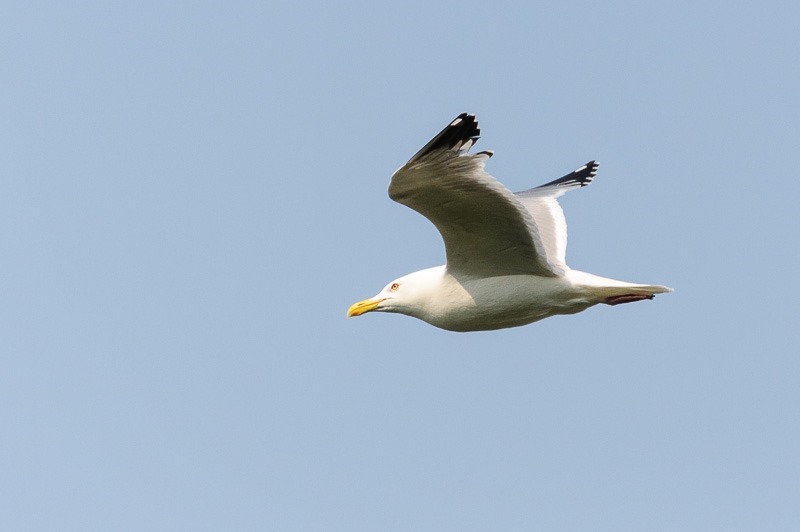 This yellow-legged Gull is probably the namesake of Gull Harbour, a small place where you can launch your boat and have a bite. It‘s a great place to observe the nightly stars, but we were there during the day. No stars or aurorae to be seen. 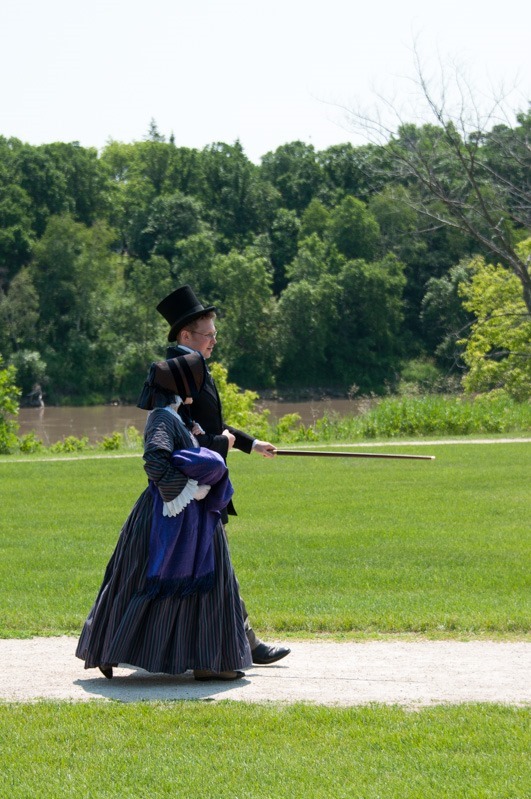 Walking in the past 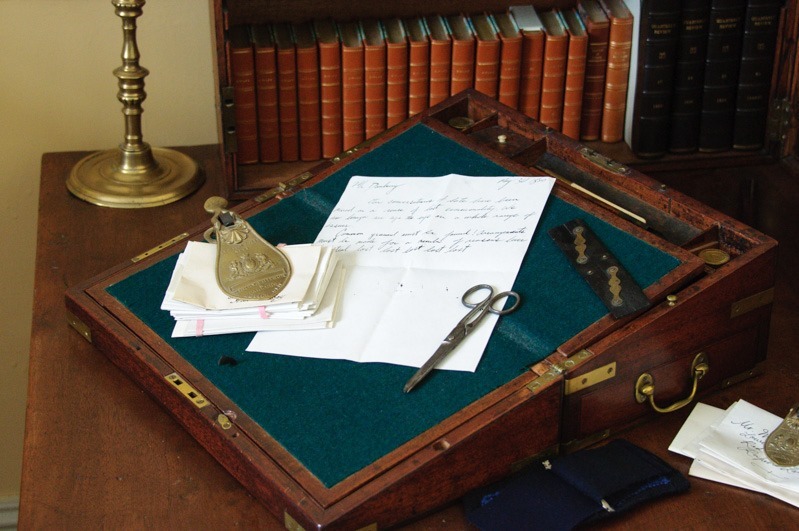 As usual, I could not resist taking some detail pictures of artefacts in the museum. Most parts are closed off with ropes, so that you can see, but not touch. I guess that this writing desk is the precursor of our modern notebook. Looking at the papers, writing is definitely a skill that is going to oblivion nowadays. I wish I could write like that. But they don’t teach this anymore. Typing skills are more important it seems. 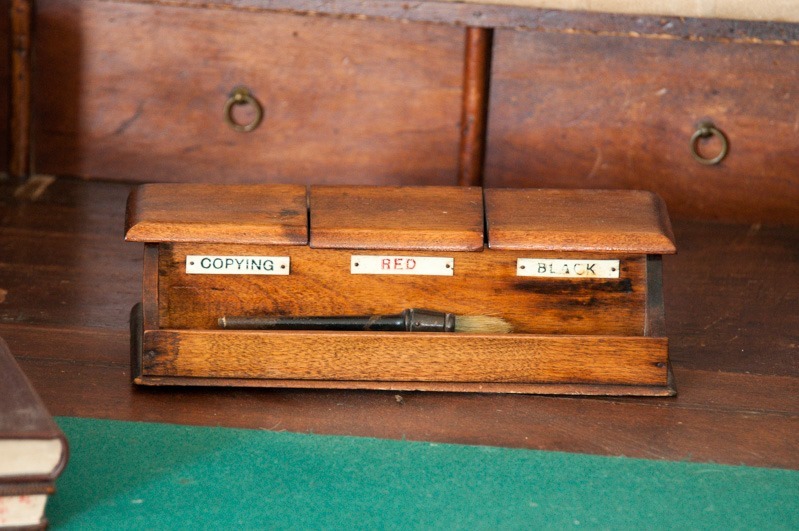 And as far as the ink cartridges go, I guess that back in the day, this was a way easier task than today, with the numerous models and references to get our printers to do something useful. 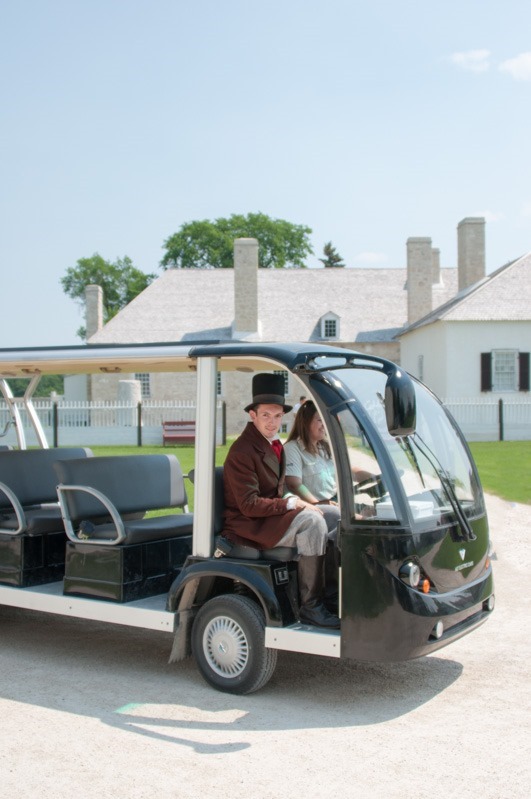 But whenever you go to Lower Fort Garry, you always end up with impossible situations, like this Governor Simpson’s taking a ride in an electrical minibus. Never in his life he could have dreamed of something like this. Of that I can be sure. 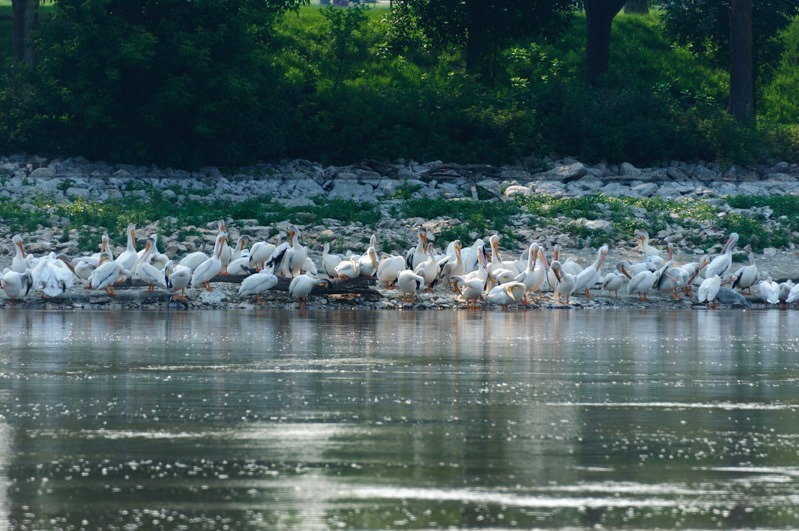 Then it was off to Lockport, have the pleasure of a hamburger made in the old style. After 75 years of being in the fast food or hamburger business they do know how to make a tasty hamburger. In comparison, the M brand can go straight into the silvery cans on the curb. Ah, I forgot, now they are green and grey, not silvery anymore 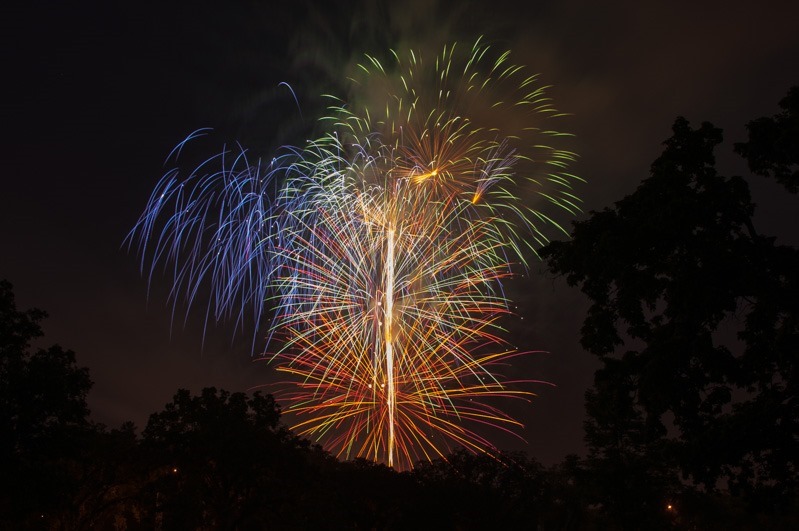 Farewell to the weekend

After a whole long weekend of being away from the computer, I set myself some restrictions for this weekend, the last part was the fireworks for Canada Day. While I have many more shots from this event, I just want to share one here. It seems that fireworks really set off the summer time here. Usually we speak of “May long Weekend” to “September long weekend” but summer really starts on Canada Day.

However you look at it, Summer’s here to stay for a while.