I seems like I have been serving too many birds in the last few months. True, it’s pretty easy to get all those birds to pose for a camera, nigh a bird that flies away before posing for a nice album-ready picture. 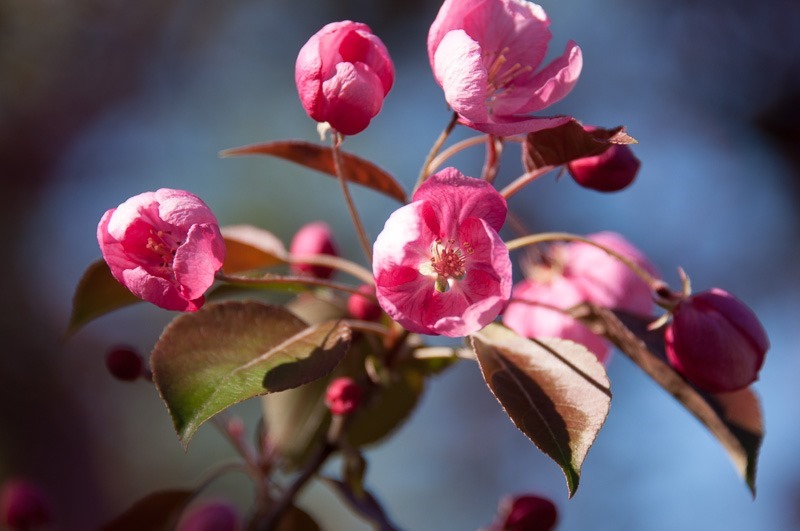 Of course there will be more birds here, but sometimes a little time-out is nice too. Summer is here, winter is coming, so it’s time to enjoy the sunshine and all opportunities that come with it.

So I was just playing with the idea of writing a blog post with a bird in it. Not because there are not enough of them around, but just to balance thing out a little. Spring has been long to arrive, and when it did, it lasted for a few minutes. Now summer is here. More or less. It looks like this year will be a summer with some  wild meteorological movement. 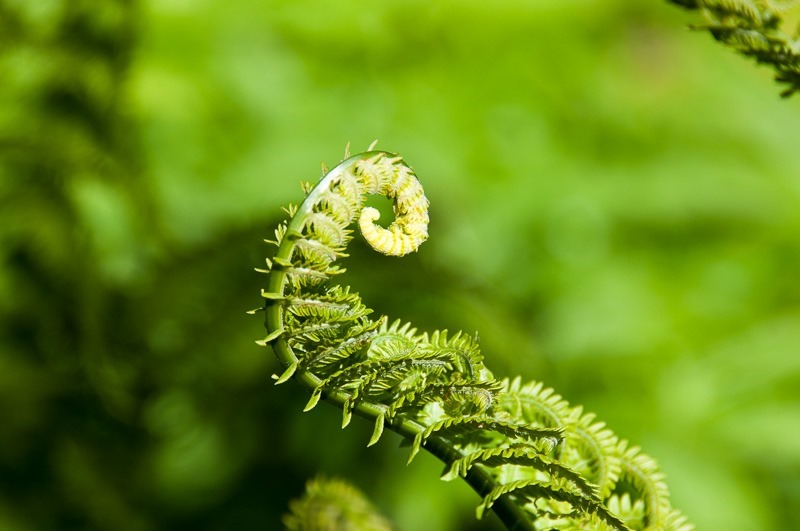 These fiddleheads seem to be tasty as long as they are harvested when they are young. I have never tried them, though. In fact, I am more of the meat/bird/fish-eating kind. All that greenery…

. But to get one like this in a picture, sure! I enjoy that greenery a lot, even if I had to de-saturate it a little to be presentable. Apparently my camera can make some mistakes as far as nearly monochrome pictures go.

Blossoms are always a good subject when the more fleeting ones have decided to go on strike. Low-hanging fruit like this always presents well and can even present some challenges to get them right. After all, if the wind keeps them birds away, those blossoms are not going to hang still for long. Good for the lead picture of this post 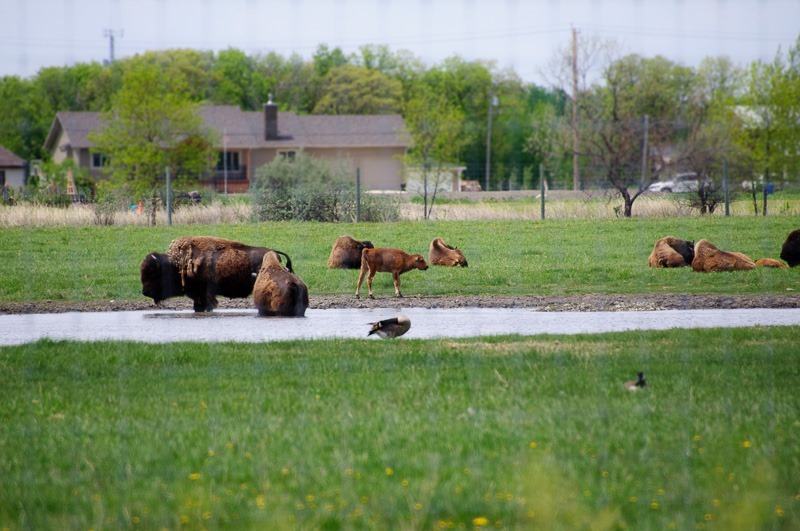 This spring another bison young was born in Fort Whyte Alive. Apparently this is not the first time, but I had never seen it up close. Well, that up-close part will have to wait a little, this shot was from far away through the mesh that surrounds the field. Still cool to see a youngster like this from not too far away. 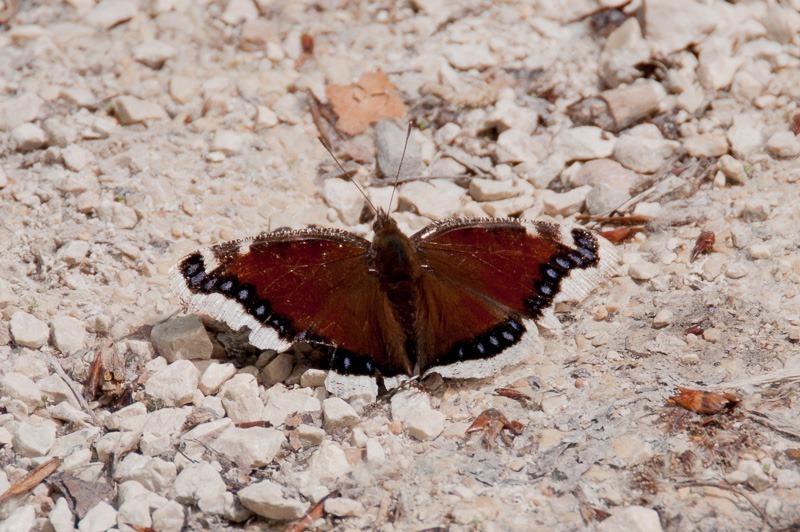 Then, suddenly the warmth is there and the butterflies and other insects are there. A certain type of insect I don’t care for (guess which one), but butteflies are always welcome to pose for my lens. Not that this one had much to say, though. The two and a half second that it sat down on the warm gravel path was enough to get this shot. Already it shows that this poor flutterer has seen better days. 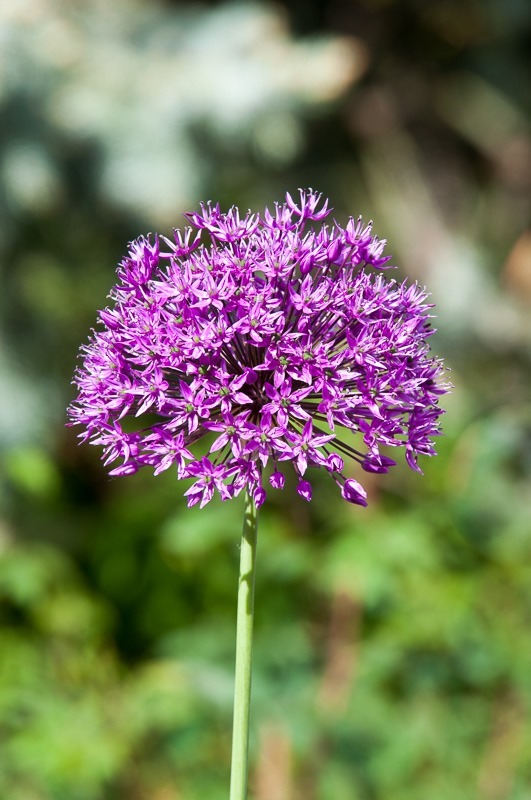 Flowers in the English Gardens start to bloom. This is one of the first, apart from the millions of tulips that have popped up everywhere. In fact, it is not one flower as we might think looking at it from far away, but a multitude of small petals. Quite the work by Mother Nature. 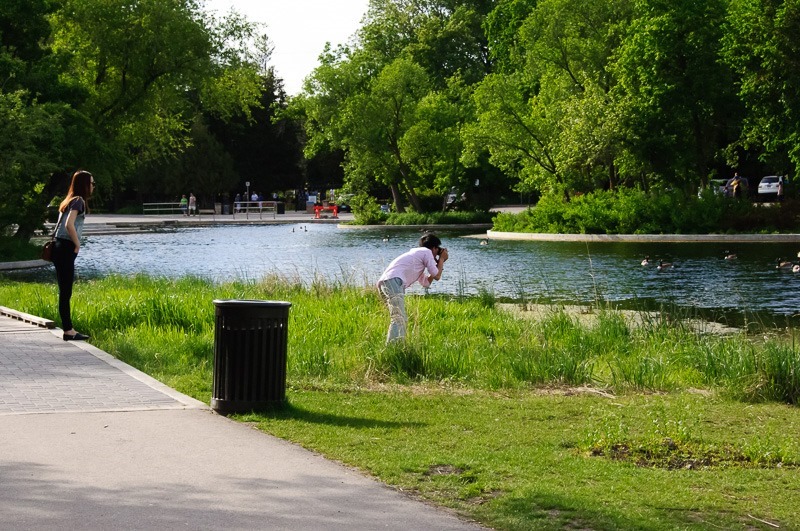 Then, something fun shows itself. People that want to photograph nature, but are not prepared to get their feet wet or even close to the water. The zoom of the camera apparently resides in footwork as well as some back-bending movements. High and dry encouragements were shouted from behind.

The subject of the picture was probably one of the gosling swimming in the Duck Pond. 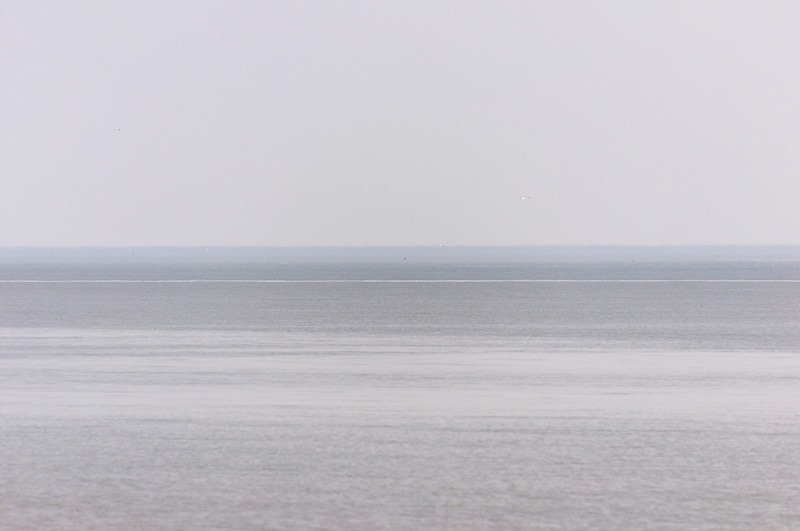 My candidate for 4.3 million dollars

Then it was my turn to shoot a candidate picture for 4.3 million dollars. If Andreas Gursky can get that kind of money, I should definitely give it a try. This one was shot in Gimli, over Lake Winnipeg barely rid of its ice. Not even two weeks before this picture was taken, the Gimli Harbour was still imprisoned in ice. Now that summer is here, the ice had to go. 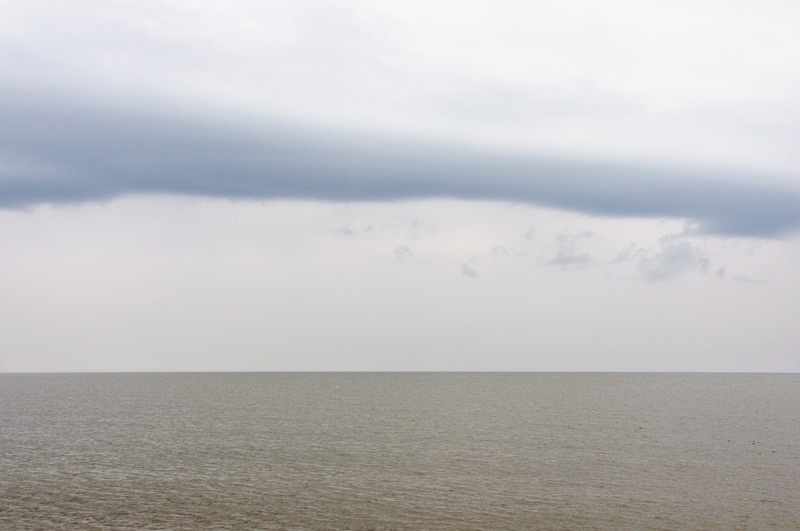 But, it may be summer as much as we want, clouds still form over the enormous water mass of Lake Winnipeg. The water still being very cold, this might give birth to some very interesting meteorological situations coming summer. Thunderstorms galore I guess.

So there you have it; nothing for the birds this time, apart from some stray ones in some pictures.