Of high wind and sunshine

High winds often come together with clear skies. That’s the way we like it. Well, at least I like it that way. We don’t often get strong wind here in Manitoba, but when we do get it… it blows. 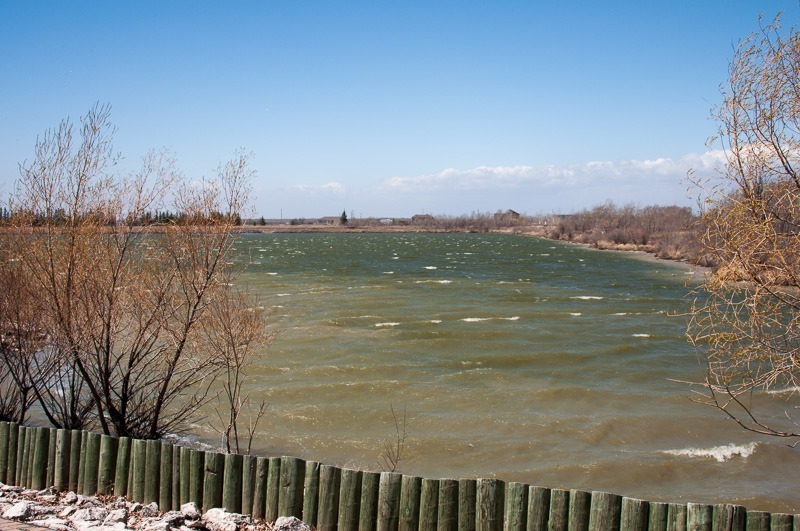 Lake Devonian, which is roughly the size of a few football fields would hardly be big enough to whip up some waves. Well, the wind was enough to get some white caps on it. So did this perturb every single soul and feather at Fort Whyte?

Not really. While the small birds prefer to remain close to the ground and to the safety of branches, the bigger birds like this Double Crested Cormorant continued to fly high. 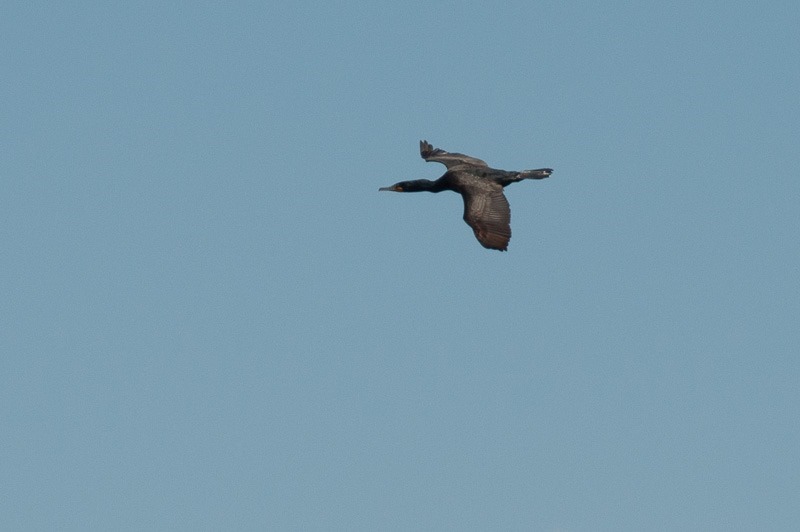 Some people say these birds do a lot of damage, but they must have their good sides too. Anyway, lots of wind didn’t change their idea of flying over the lakes. So what about the rest of the creatures? 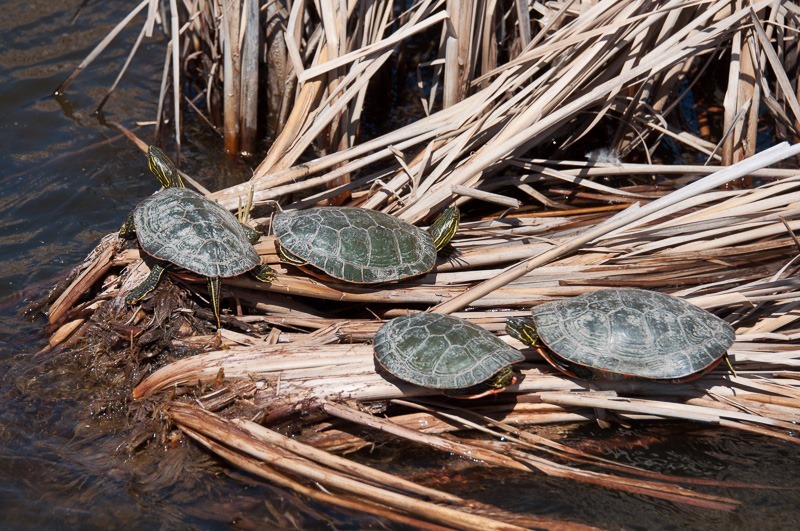 Turtles don’t fly. At least not as far as I know. These Painted Turtles were nicely catching the rays of the sun to warm up after the winter.  Out of the wind, in the sun, how much better can it get? Well, I could think of a few beers and such, but they obviously don’t care about that

. Must be a turtle thing. 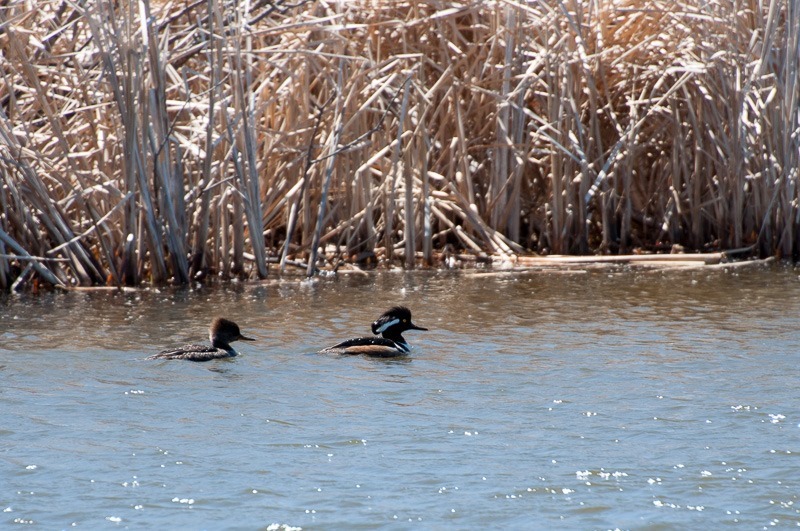 Hooded Mergansers were just swimming on the surface of the rough water. Since most of their feathers are hollow, they don’t sink. Even when a wave would wash over them. Waves were not that high, happily and these lovers were there for a long time. At the same time, this was a first for me, I had never seen these outside of my bird book. YAY 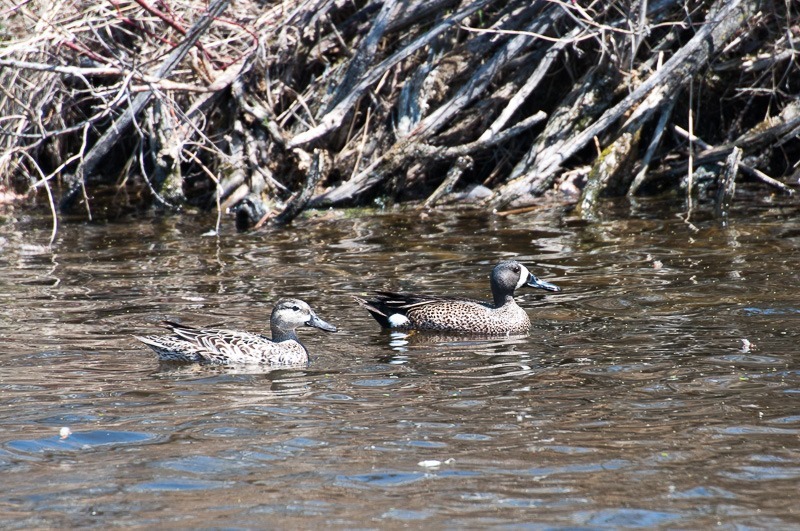 These Teals were also doing the same thing, stay low on the water and nothing will happen to you. The blue of the wings only shows when they fly, so this time you’ll have to take my word for it that they are blue. 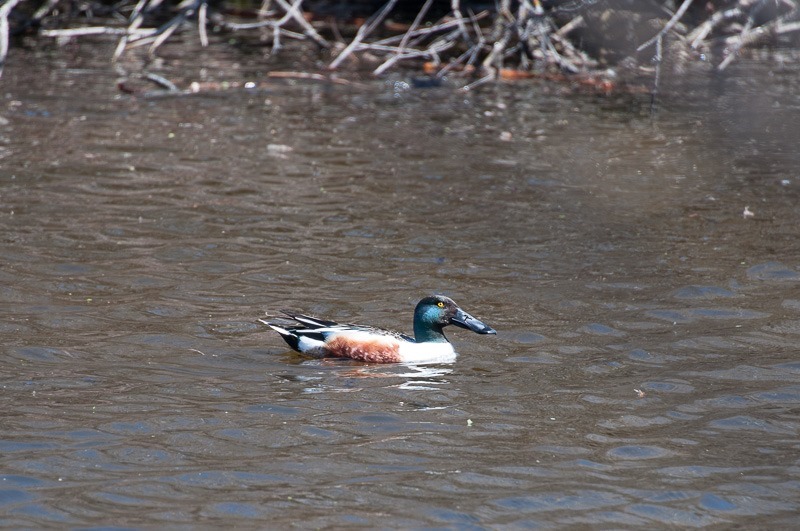 Any more birds remaining on the water? Yep, this Northern Shoveler. Looking like a Mallard Drake, this guy has a very large bill. Likely to go and shovel something. He should have been here during the winter and shovel my driveway… 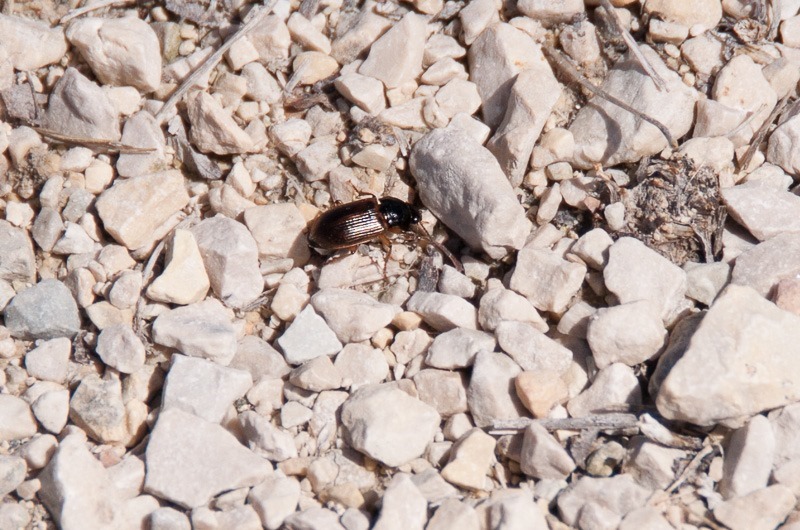 So what’s left? A bug that I haven’t identified. It was scurrying quickly over the path before it disappeared under a small stone. I didn’t have the time to change my lens for a macro lens, Apparently the warm sun made it walk very quickly. I guess the warmth of the sun comes with a small price for photographers of small creatures. 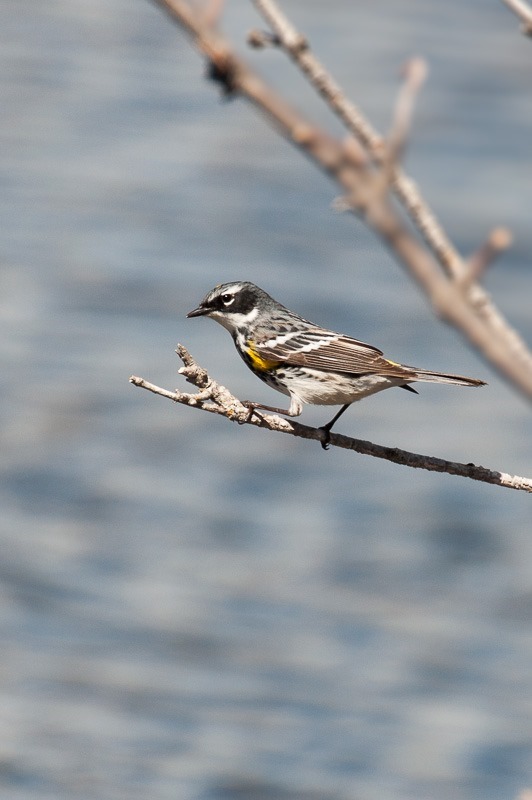 The last creature I found on my little walk was this Yellow Rumped Warbler. Yellow because it has some yellow here and there on the rump. Usually these guys are very fast and restless. Well they still were, but with the wind blowing pretty hard, they preferred to stay in a small area. Better for me to get a good picture of them.

High wind and Sunshine don’t necessarily mean there is nothing to see. Some birds had completely disappeared, others were more easily accessible. The sunshine made for a perfect walk and for perfect lighting for photography. And with that… fresh air everywhere. What more can you wish for?