When I first took this picture, I didn’t have in mind that it would take me back to my childhood of about 250 years ago

. It was just another shot. But the more I looked at it, the more I started to drift back to the days where Mr. Owl was a daily figure around 7pm on Dutch television. It was also the time when the parents declared that bedtime was after the “Fabeltjeskrant” or the Fables Newspaper. 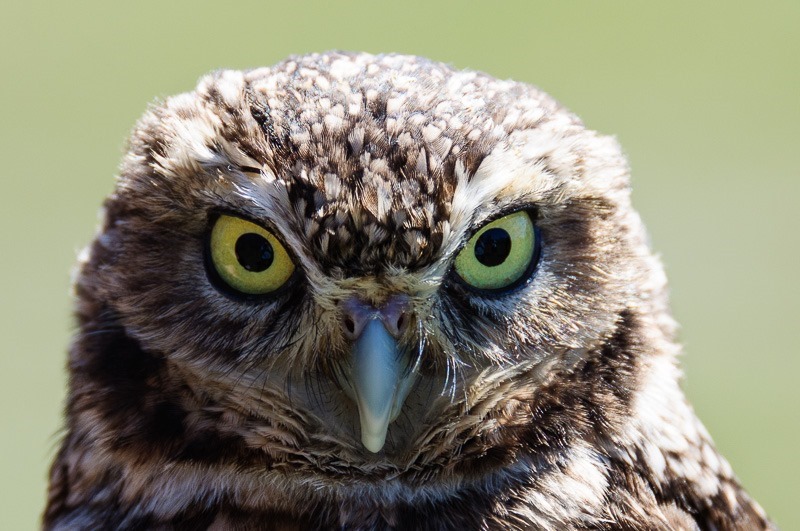 This owl here, though has no intention whatsoever to close its eyes or even to close its beak. She was out in the open, with her handler from the Prairie Wildlife Rehabilitation Centre and very  much enjoyed the attention as well as the open air. So what’s with this trip on Memory lane? Well…

The Fabeltjeskrant was an animation series in Holland. What the kids like me did not see was that the stories were taken straight from the people’s real world, with people problems and people solutions. All brought to us in a child’s package of a one-minute animation per day. Mr. Owl was the leading story teller and did not really participate in them. Just like a politician in that period in Holland of about the same name.

This Burrowing Owl here was rejected by its parents from the nest and rescued by people with good intentions. What they didn’t know was that the young owl immediately started feeling like a human. Meaning that she doesn’t take herself for an owl, does not like the company of other owls and so on. It’s just a little too much to say that she talks and eats with a fork and knife. So, Owl or Human? The same question goes for the Fabeltjeskrant 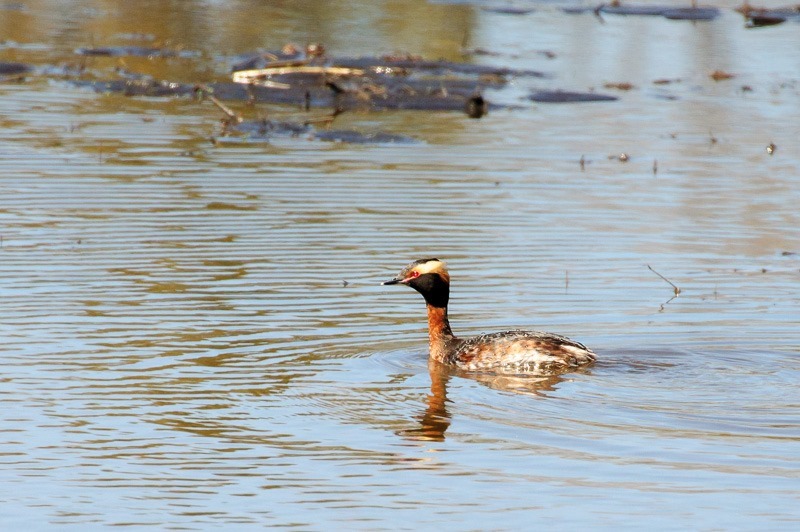 But this was not the only bird I shot this weekend. Happily, because that would be a meagre result. I found this Horned Grebe in some flooded land near the city. Right now, a lot of snow is melting away and the ground is not completely ice free yet. That means that a lot of water is still on top of the ground, with nowhere to go. For us, humans, this looks like a nightmare, but for these birds it is heaven. All the insects in the ground that usually stay there, are now forced up into the water, ready to be eaten. 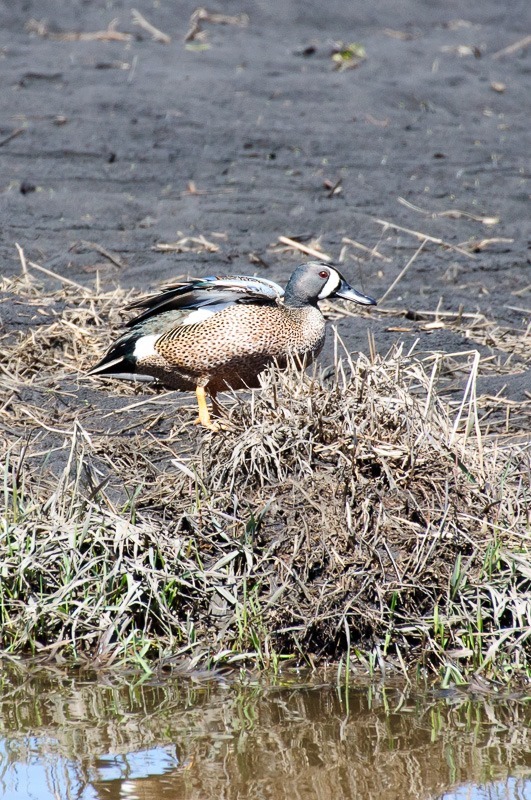 For some, this is just another duck, better known as a Mallard. But if you look closer, the head is different, the rump is different and even the bill is different. So, a Blue Teal it is. Blue because there are a few blue feathers visible when in flight. I didn’t have the heart to throw a piece of mud to make it fly so I just contented myself with some feather ruffling. 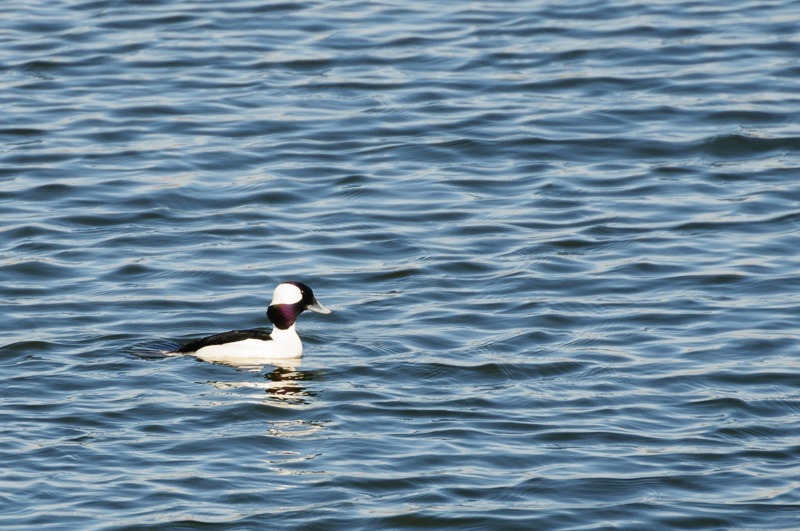 Looking around a little more in the same flooded area I spotted this skittish bird. A Bufflehead. In one little trip already three new birds in my collection, not bad! All of this on a piece of flooded land in front of a Electric Conversion station. I had seen this bird before in Fort Whyte Alive, but at that time I didn’t have a camera with me. Surprising? Yes! 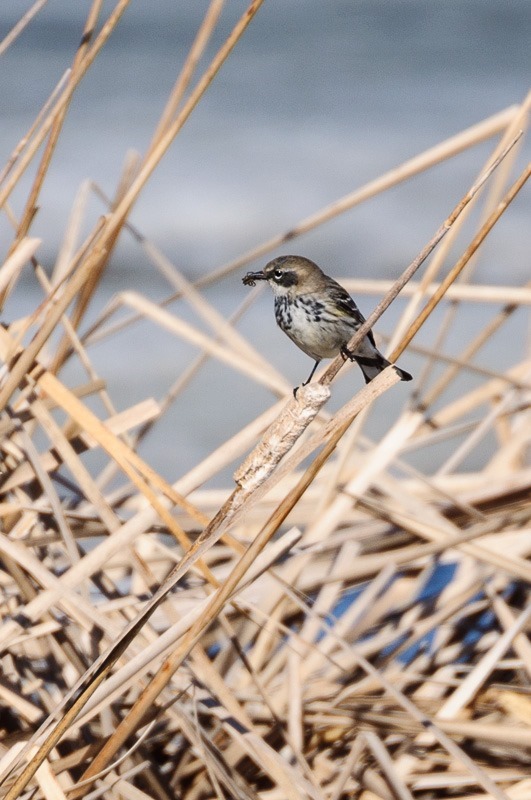 After the flooded area, I thought it might be an idea to go and visit Oak Hammock Marsh again. This time of the year there are many changes every day. More birds arrive and some only stay for a day or two. Not nearly enough time for me to catch them all. After all, some work needs to be done to put bread on the table…

This Yellow-Rumped Warbler had me stumped for a while since I saw no yellow anywhere. But a small yellow patch on the back, near the tail had given this bird its name. The snack of this little bird is a wood tick. Bon Appetit! 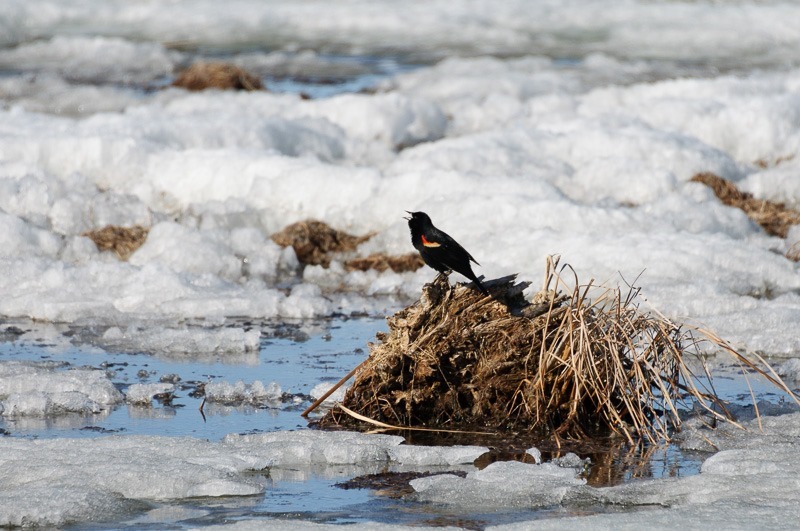 While walking in the marsh, well, on the paths, actually, I heard shrill notes and a lot of other noises coming from this Red-Winged Blackbird. As you can see, there is still lots of ice around, but open water is becoming more and more available. That also means that the birds will be more difficult to catch. Makes me think of a longer lens… (hint hint…). The Blackbird is singing his heart out to impress the females. 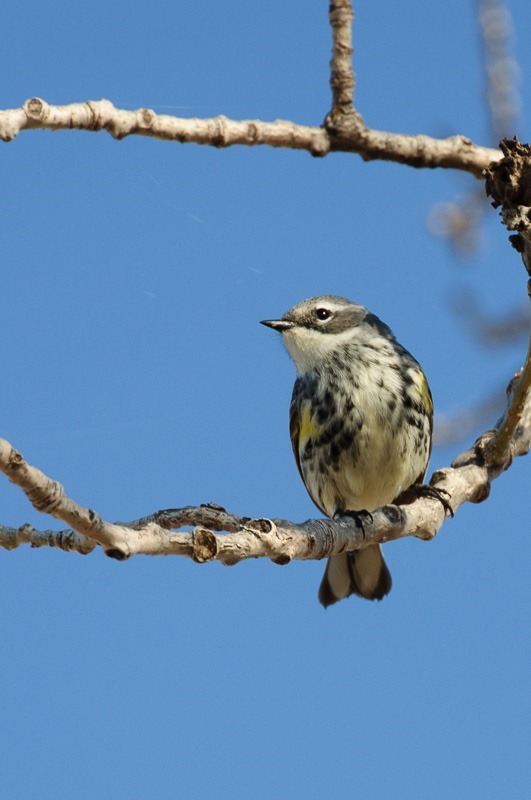 When walking back to the parking lot, this Warbler also posed nicely for me, albeit only for a few seconds. Someone told me once that you never put your camera away unless you’re already in your car and moving. So true! This one was sitting on a branch near the parking lot while I was already putting away my camera. I delayed that for a few seconds and then drove off. 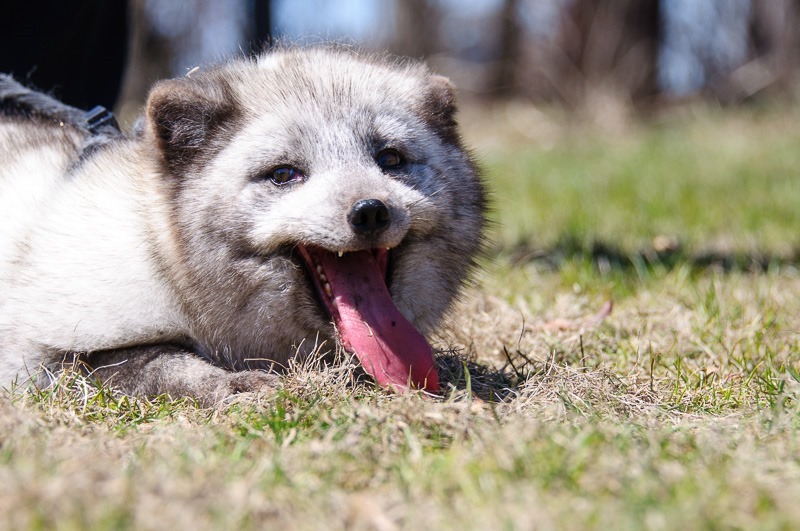 Drove off, only to go to a photo shoot from the PWRC mentioned in the beginning of this post. This Arctic Fox was shedding its white fur and replacing it with a greyish, mottled version for the summer. It was terribly hot for this Arctic animal, somewhere around +20C. For the whole time I had the chance of shooting this nice animal, its tongue never ever went back inside. Also, many cameras got a lick of its saliva. Not mine

Or perhaps I did get a lick…

Anyway that is like in the Fabeltjeskrant: “Oogjes dicht en Snaveltjes toe” in other words, Close your eyes and Close your beaks …