A visit to the Marsh

It has been a while since I paid a visit to Oak Hammock Marsh. The last time I was there to take some photos of marsh animals was long before winter. Since then I have returned there, but everything was frozen. Not an animal in sight. So that visit doesn’t count. 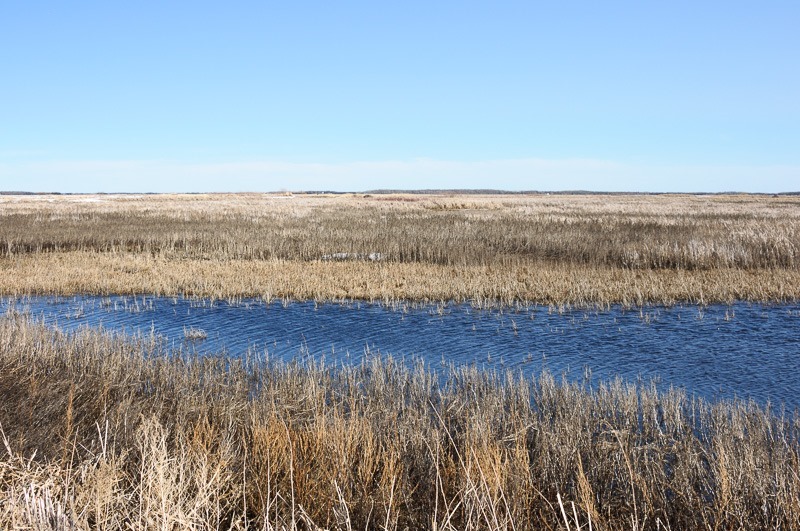 The last weekend of April I finally got back to Oak Hammock Marsh to see the animals. Or at least to see if any of them had already returned after the long winter we have experienced. I was not to

be disappointed. Last time, everything was frozen and the snow drifts prohibited every attempt to get close to anything. Now it was better. The last few days have been warm and sunny. Not that sunshine means heat here in Manitoba, on the contrary. There was still lots of ice and snow around, although most of the trails in the main area were clean of snow. 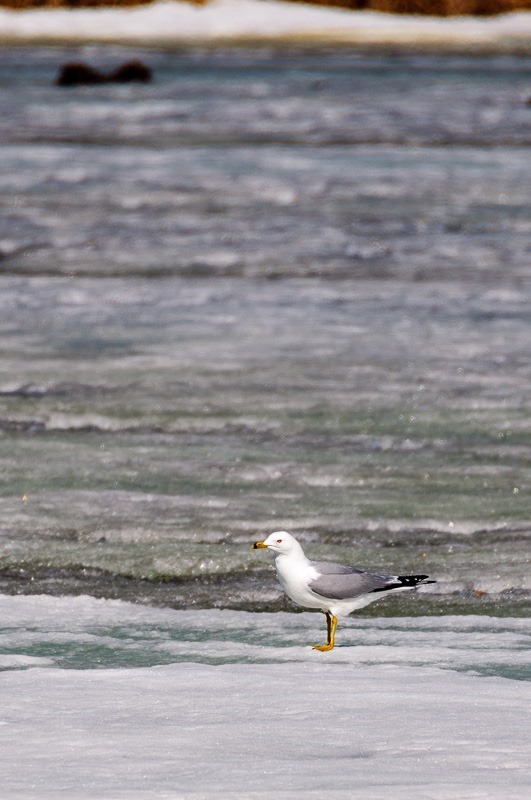 The first creature to show itself was a Ring Billed Gull. I have always wondered how these gulls could eat with a rubber band around their bills

. But those birds are pretty common and thus for me hardly worth shooting. I tried to spot something a bit more “exotic”. 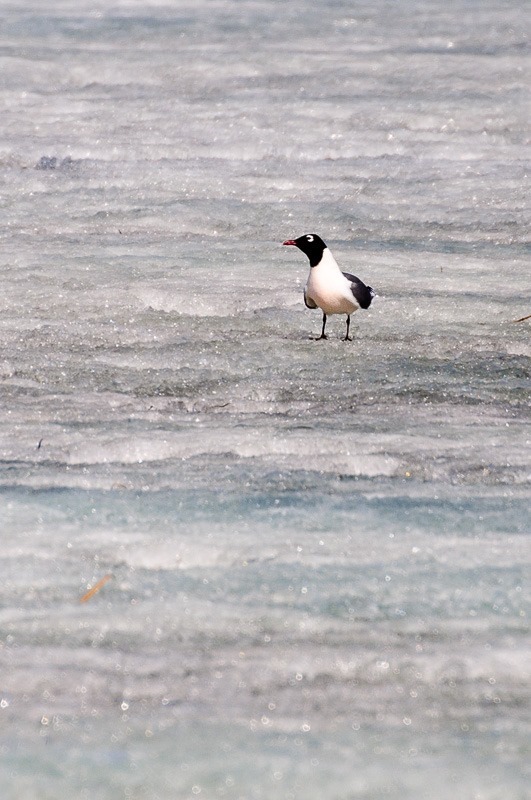 Soon I found a gull that didn’t look familiar. Standing on the ice like a cartoonish character I was wondering what it was. It turned out to be a Franklin’s Gull, a species that does stay here during winters, but probably not during this last winter. Way too cold, I guess. The pose you see here was one mere moments before it took off. 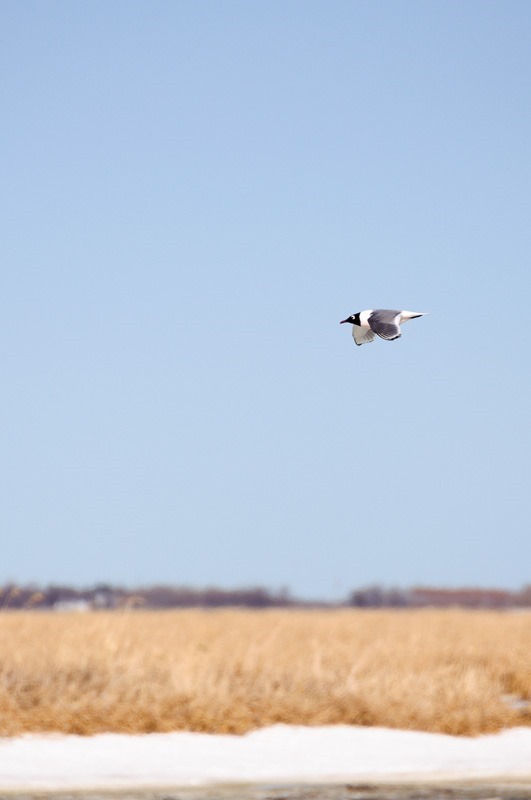 Once it took off, I decided to try my meagre skills as Bird-In-Flight photographer. Clicking away, for once not sparing the shutter button on my camera, I soon had dozens of poses of this bird in flight. And nope, I’m not going to show you all of them, no need to be boring. 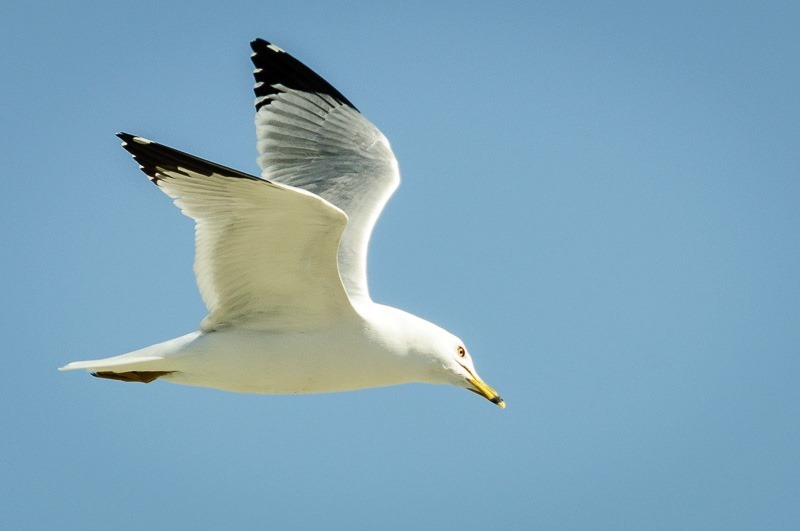 While I was shooting and aiming for the Franklin’s Gull, this one came flying just over my head. Not exactly dive-bombing, though. They will reserve that type of welcome for when they have eggs and little ones tucked away in the grass somewhere. If you get too close you’ll find yourself assaulted by them. For now they were not attacking. 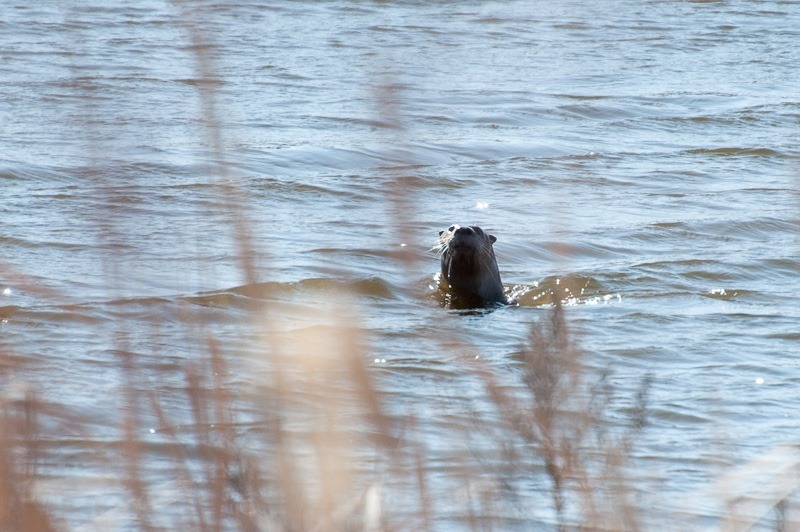 Otter, not in flight

So I continued my little walk and tried my luck on the water. I spotted this otter, spying on me. As soon as I turned around to get a picture of him/her, it showed itself a little more just before diving. Never to show up again. I am lucky I saw it in the first place

. To be honest, this is the first time I  saw one here in Oak Hammock Marsh. Since they are not migrating animals, I wonder how they survived the harsh winter of this year. 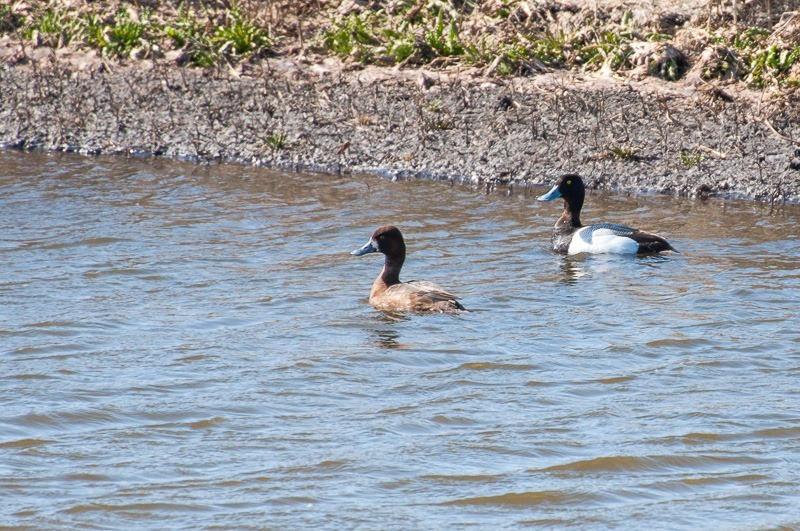 Walking on, I spotted these Lesser Scaups, already in pairs and mostly inseparable. Their blue bills are very nice to see. Part of the family of the ducks, their bills are quite large. Nice to see, nice to shoot. 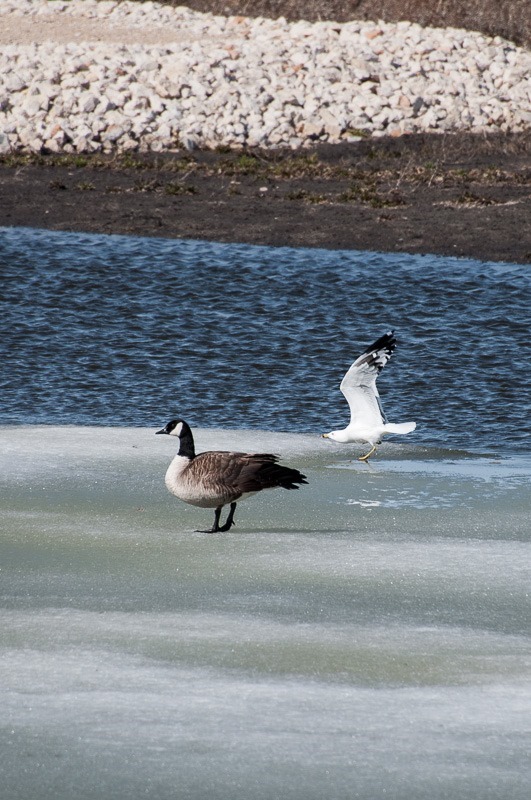 But as you can see on these pictures, there is still quite a lot of ice in the marsh. It will be another few weeks before all the water is open. Not that the Canada Geese care that much, as soon as there is open water, they feel at home, the colder the better. If eating a Canada Goose is anything like eating a farm goose, then they have lots of fat to be sufficiently insulated against the cold. 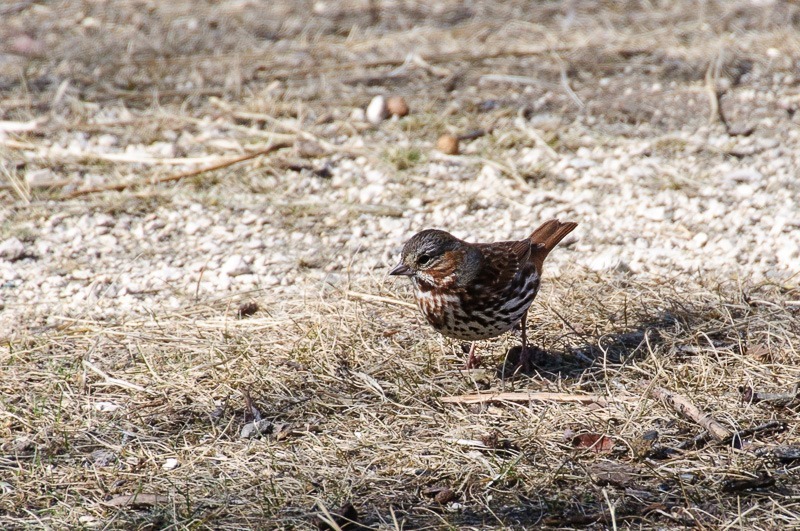 On the land, these little birds also have made their appearance. The Fox Sparrows forage on the ground on left over seeds from last year. Not only do they like seeds, they also are not afraid of grabbing a wasp for lunch.

All in all a little cold walk, but with better results than the last one (you remember, the one that didn’t count). That one only had snow drifts for subjects. At least now some of the animals are back. I’ll be going back some more soon, see what’s new.

Until then, take care and take pictures!