Winter has been long to vacate the premises this year. By now, I’m still not completely sure we won’t get another snowstorm, one of these days. But then again, that’s me. Humans have long ago lost the ability to predict the weather just by looking at the sky and smelling the air. That’s why we need meteorologists who “think” they know the weather better than the average human. 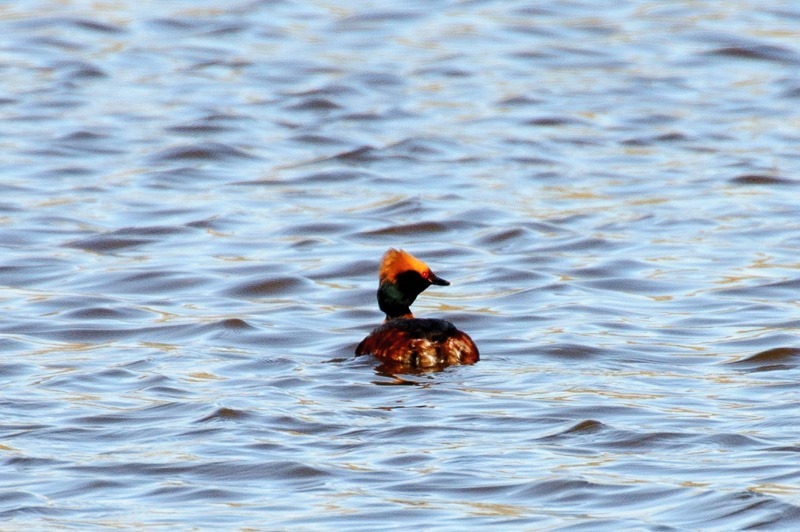 They probably do, but I’d like to look at the animals around me. If the Canada Geese don’t show up by the time we think that spring is due, then spring is not coming yet. Clear as a bell. However, this year, even the Canada Geese have had their share of lingering winter to endure.

Then again, these birds are hardy creatures. They can even freeze their feet on the ice and still fly away afterwards as if they had been sitting near a warm fire. So, even if usually they announce spring, they come without guarantees. 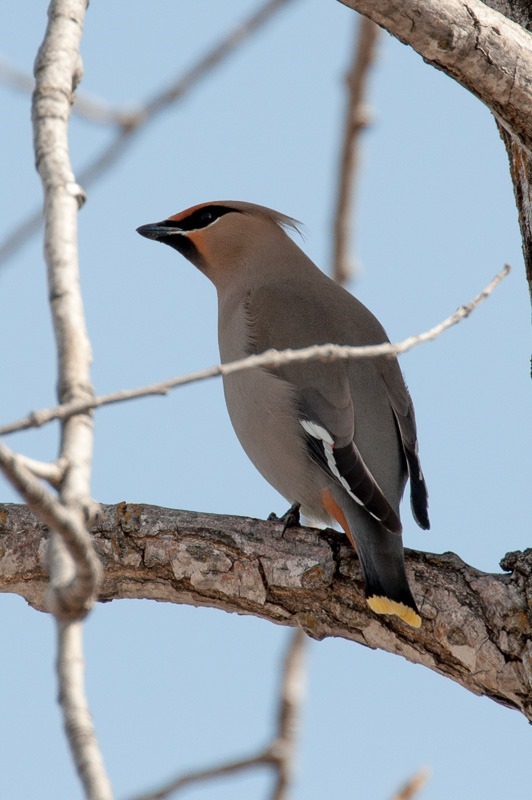 What about these birds then? Colourful as they are, they surely announce spring? Not really. They were spotted in Winnipeg when the snow was still 3 feet high and no promise of spring was in the air. I only got to them by chance, since they have scavenged the whole city for berries left over from last year. I finally found them in Fort Whyte Alive. This picture is a pretty heavy crop, they were sitting high up in the trees. 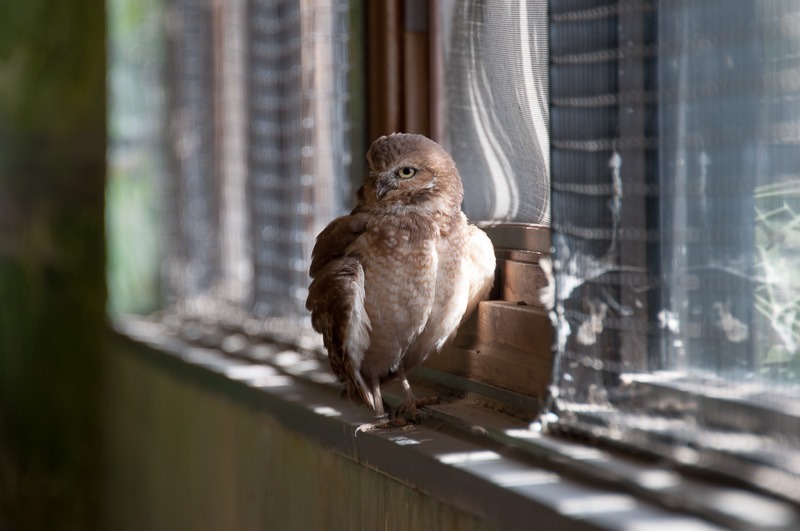 This one surely would announce spring, were it not for the fact that he lives inside in Fort Whyte. This endangered species is now breeding inside and the male pictured here has been thrown out of the nest by his youngsters. These same youngsters do accept the crickets he is bringing home, but he is pushed out as soon as food has been delivered. I guess there is nothing new under the sun… 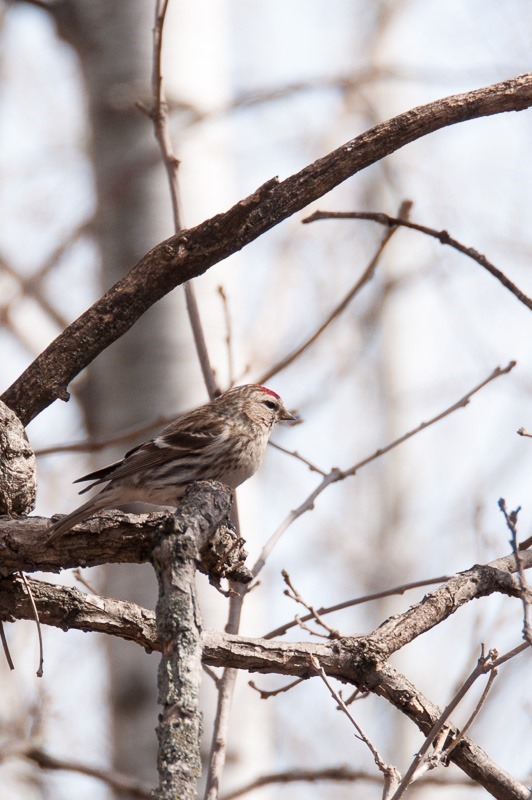 This Common Redpoll seems lost. Usually they have already moved north by this time of year, but there are still quite a few left in FWA. Looks like the cold days are not over yet. These birds are so hardy that when it is too cold, they bury themselves in the snow to keep protected from the cold outside. That is what a fellow photographer told me. Quite the character. The bird I mean… 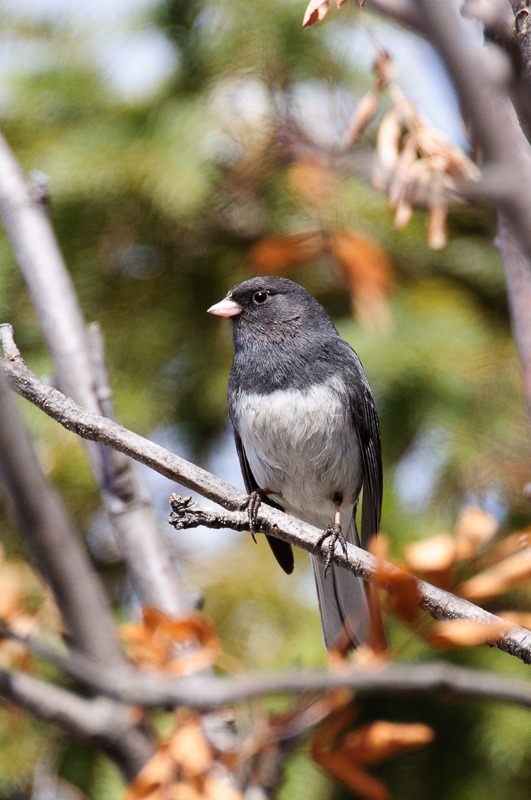 No, then this bird, foraging on the ground for seeds left over from before the winter. This one really announces spring and warmer times. He doesn’t come back until he can find his food on the ground. In places where the snow has melted and reveals all those soft seeds. They can really clean up your garden after you have been feeding birds and squirrels for all winter 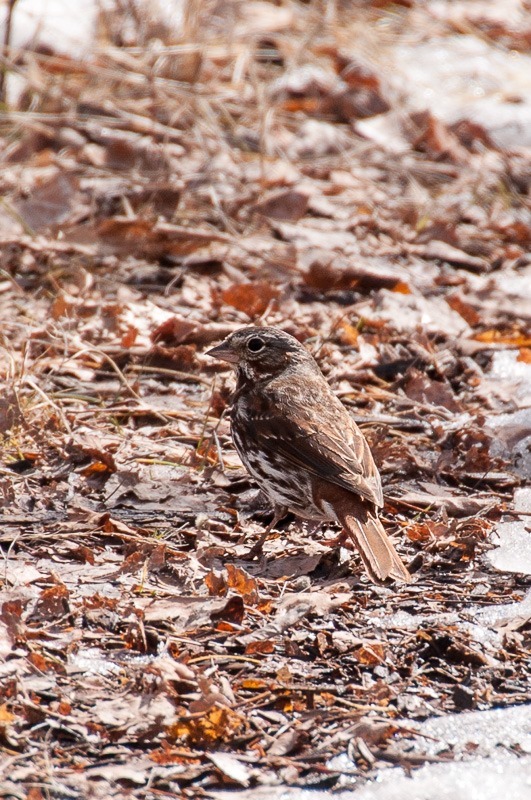 I always thought that there was only one kind of sparrow. Like the one you find in your backyard to clean up the crumbs you just shook out of your breakfast tablecloth. It turns out that I’m wrong. Nothing unusual about that, though. There are dozens of sparrow species and this is one of them. The Fox Sparrow is known to overwinter in California. So the fact that he’s back here should mean that spring is on its way. 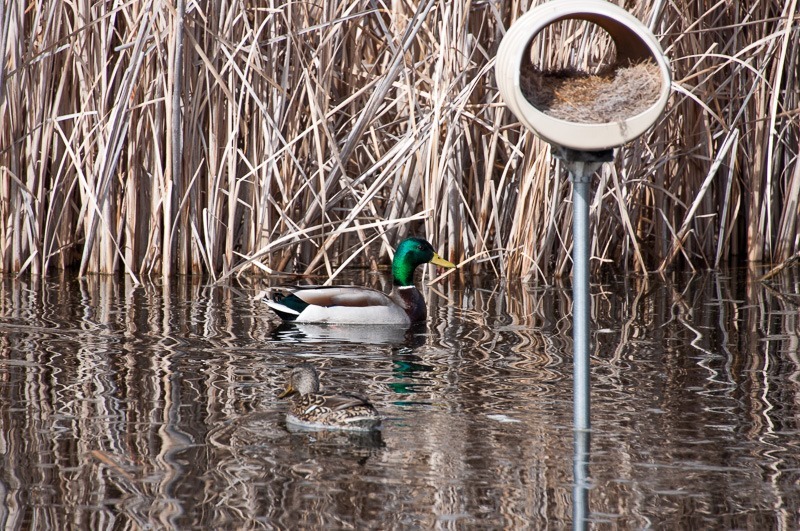 The ducks on the other hand do announce spring. They hate cold weather and move away as soon as the temperatures drop below a certain point. I guess many of us would like to do the same. The fact that they are back and as a couple, means that ducklings are not far away. 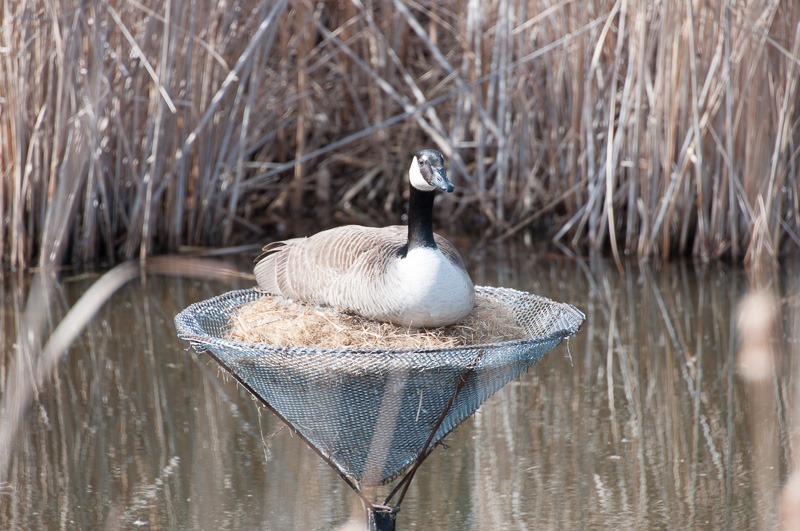 And then there is the sure sign of spring. Mother Goose on her nest, aggressive as can be. A sure sign that eggs are not far away and gosling soon to be spotted. Now THERE’S a sign of spring. 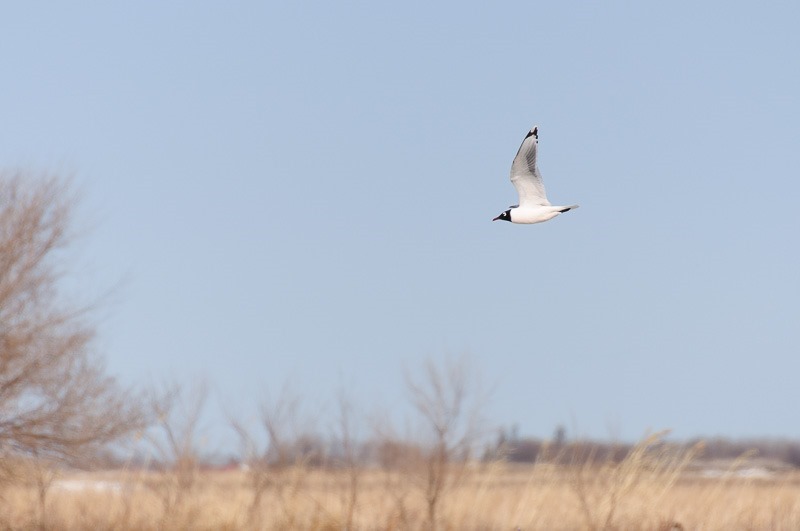 Then there’s the ever present gulls. Are they a sign of spring? Not really. This one too prefers the cooler climates. Hardly ever seen on the Gulf Coast. But here? Quite common. So not really a sign of spring.

Better late than never, they say in my country, but this year’s spring is definitely late. But how can you complain about that when all those birds are now populating the woods, waters and marshes for all of us photographers to enjoy?