We all know of some of those places. Once there was bustling activity, heavy machines moving around all day doing “something”. Some have been known for decades, even for the whole of our lives. Then, suddenly, silence. No more activity, the place is quiet and completely abandoned. 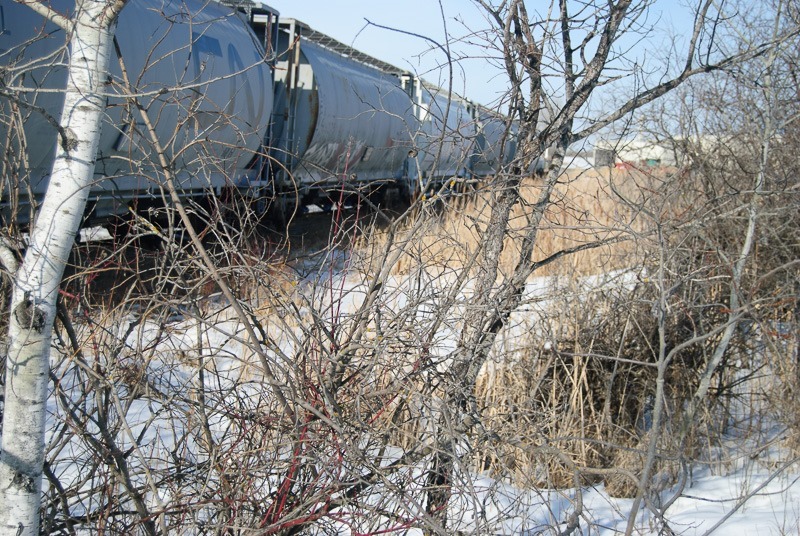 The last train has left the scene, never to come back. Or it has been left there standing. Many of the places that were used by industry for decades are never reclaimed. Deemed too polluted or simply too expensive to reuse. Sad state of affairs, right?

Whatever the reason may be, it is never a good idea to just leave the place alone. Well, almost. deconstructed nuclear plants perhaps excluded. Happily here in Manitoba we don’t have any of those; hydro electricity is a more traditional and clean way of providing energy here.

So what kind of industrial “wasteland” do we have in Manitoba? Close to Winnipeg, a few places come in mind: Stonewall Quarry, Fort Whyte Alive and Pinawa Dam. These places, 60 years ago, were very active. Today they are transformed into parks for everyone to enjoy. 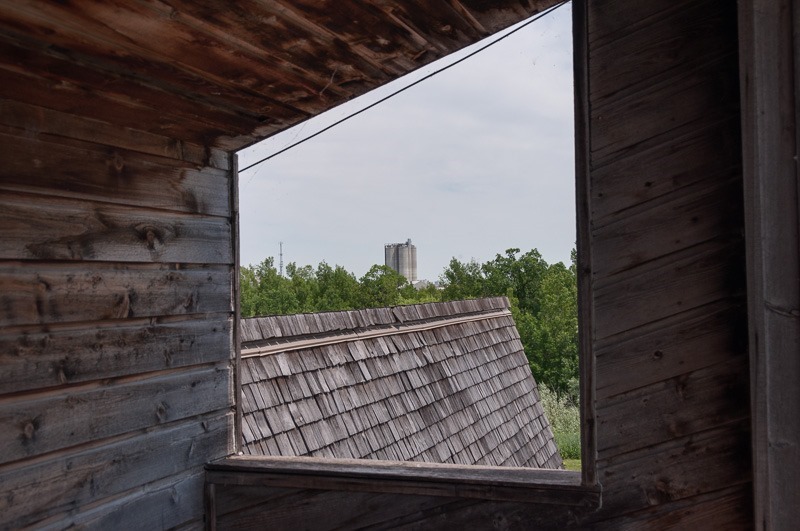 The industry that used the terrain of Fort Whyte, was Lafarge, well known for its cement products. While the FWA site is no longer used by Lafarge, the plant is not far away. It is still active. 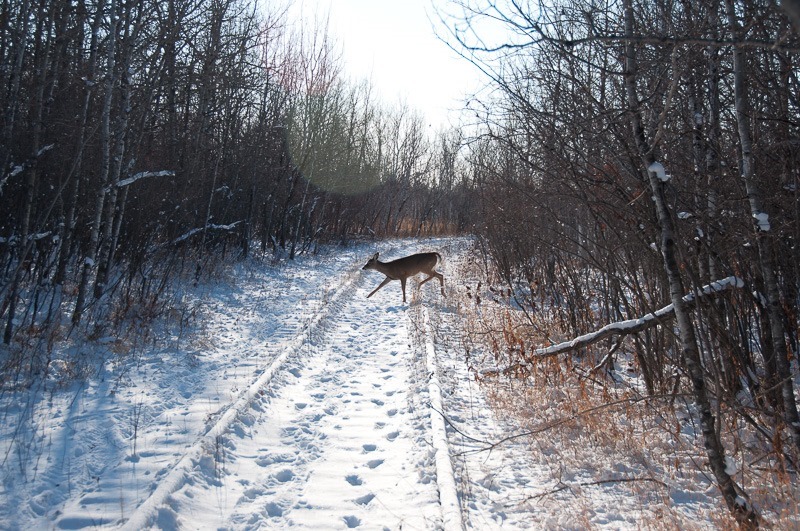 Old railway tracks are still on the grounds in the now Natural Reserve. Deer can cross the tracks without any danger of being run over by a train. For photographers this is one of the rare places where taking pictures, or simply being, on railway tracks is permitted. Elsewhere you risk a fine of $2000 … 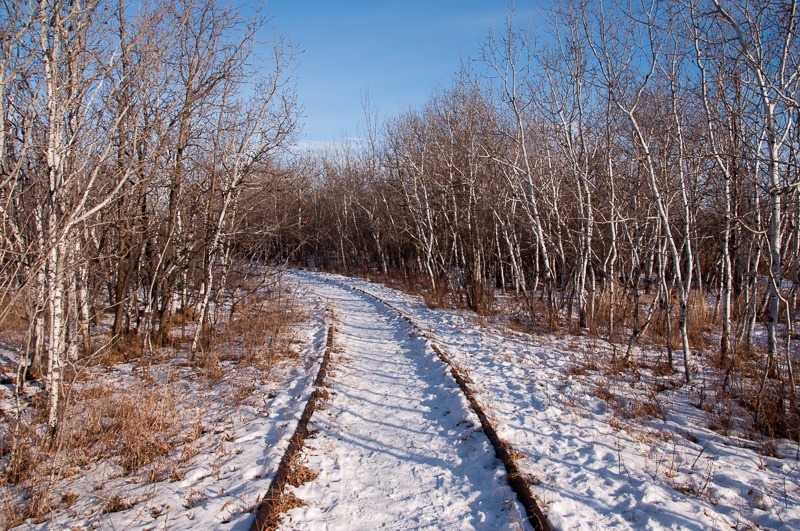 The tracks and a few switches are there to be photographed in any way you like. All in the quietness of the nature of Fort Whyte. 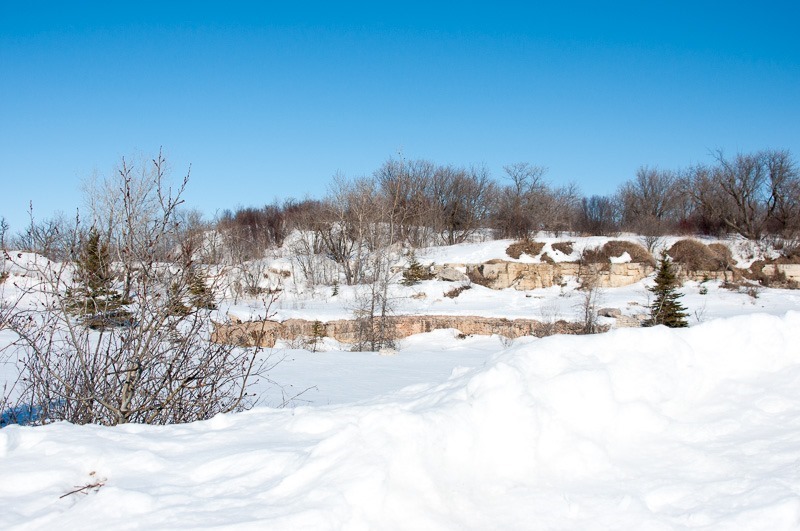 Another place, not far from Winnipeg is the Stonewall Quarry. Well, now it’s called Stonewall Quarry Park and that already hints to the reuse of the grounds. You can go there, enjoy the nature and the surroundings, all for free. This ancient limestone quarry once produced the highest quality of limestone you could find in Manitoba. Until 1967, this was a very busy place. 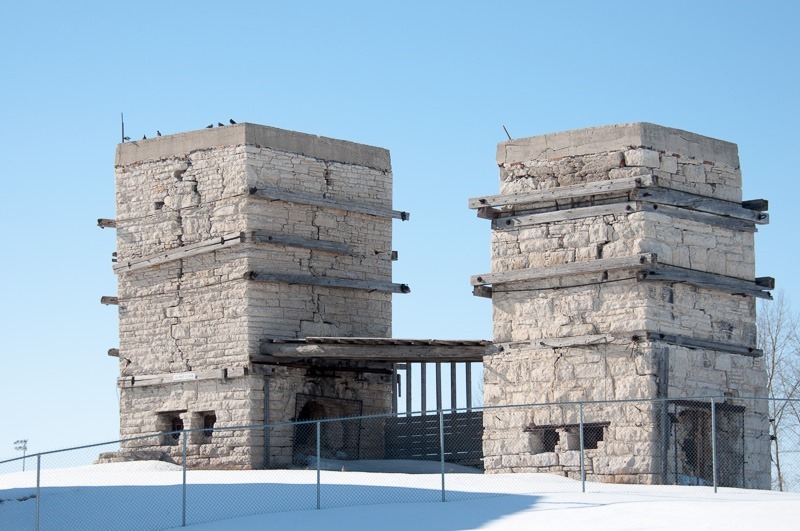 Today it is a quiet place, with a few remnants of the former quarry still visible. The kilns, used to burn the limestone into quicklime now stand like old giants in a field. You can’t come near them, as you can see in the picture above, they would need some repair. Unless you don’t mind any rocks falling on you. Personally I keep my distance. Those rocks could break my camera! 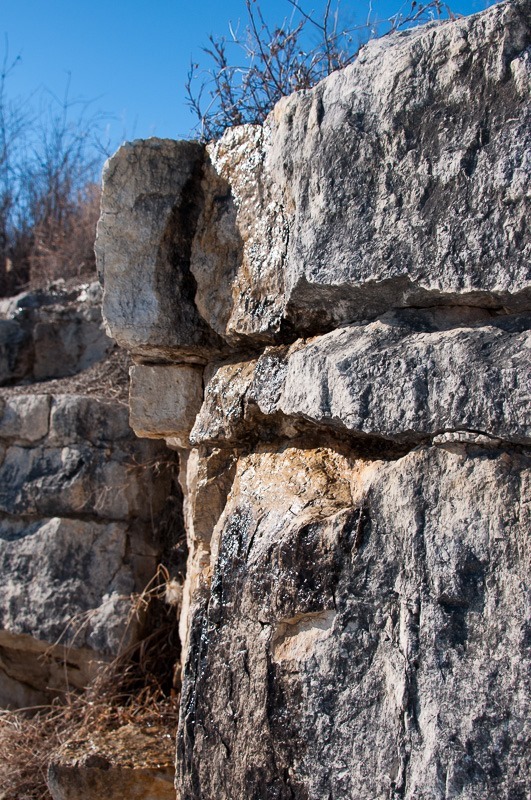 The rest of the park is now a nice place to walk and watch the kids run around. Old rocks are there so you can enjoy a little bit of “mountain feelings” in Manitoba, there are pitifully little rocks around Winnipeg. These are the only ones you can climb. However, as an ancient limestone quarry, your clothes might look a little “white” as you come out of there after your adventures. 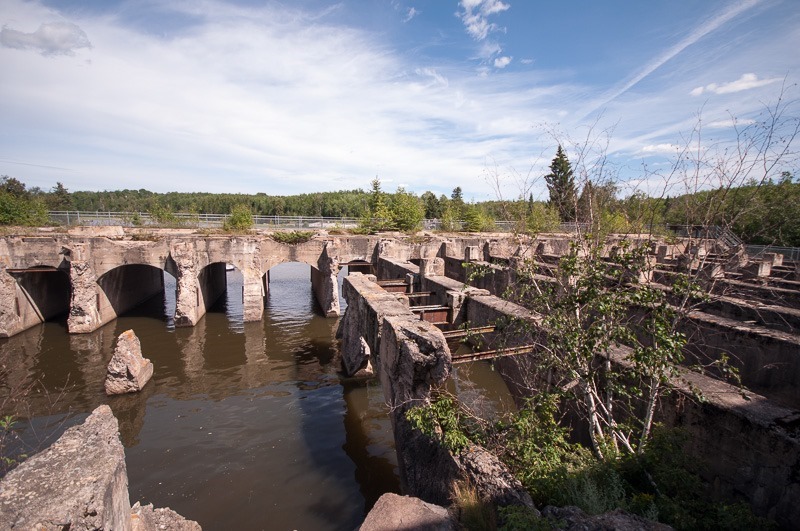 The next place is the old Pinawa Dam. The Pinawa Dam was used to create electricity from 1905 to the early 1950s. After that, the site was used by the army for demolition practice and finally converted into a park for everyone to enjoy. That the army didn’t quite get to the end of the dam with all their explosives only shows that hand-poured concrete can be quite durable. 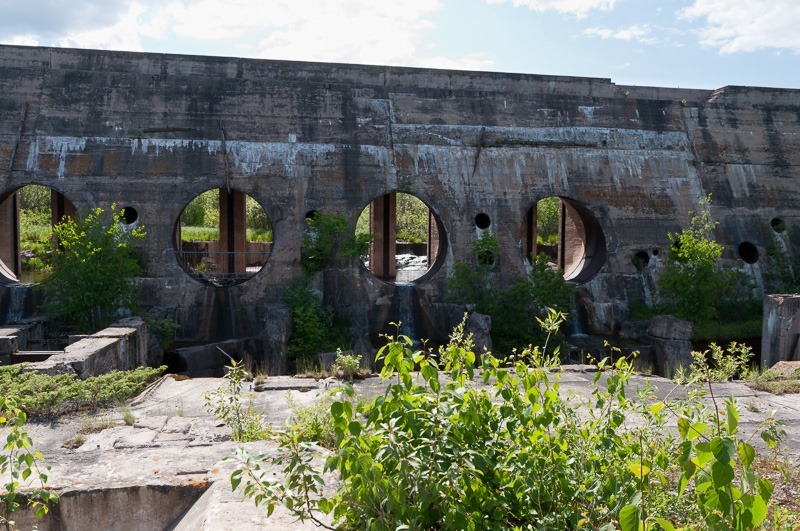 The dam from the dry side

The foreground of the above picture used to be the place where the water was used to create electricity. Today an empty, mostly closed off place. You can get in there, but it is not sure how you would get out of there without swimming and/or diving. Personally, I’ll try to keep my feet dry. 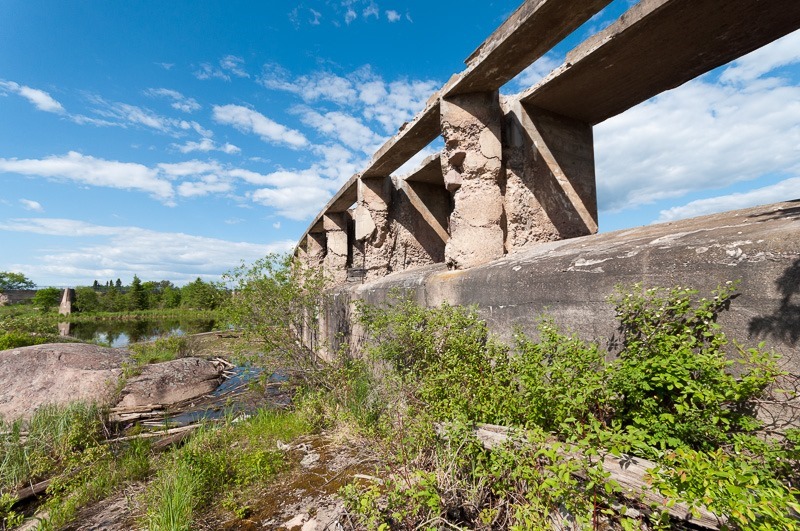 The Pinawa Dam is always good for some spectacular views, whatever weather you may have. In winter it can be difficult, even dangerous, to get to all the characteristic places in and around the dam, though.

There you have it, industrial places in Manitoba, not reclaimed by nature, but reclaimed by man to make something enjoyable for everyone. In my opinion, this is the best way to use old industrial sites. As long as there is no danger left for any visitors, that is. In the places of this post, no danger to be seen. As long as you remain reasonable with your risks.