Manitoba is a cold place in winter. It’s not for nothing they say “cold as a Winnipeg winter”. You would expect everything to be gone or asleep during this period and only us humans running around looking busy. 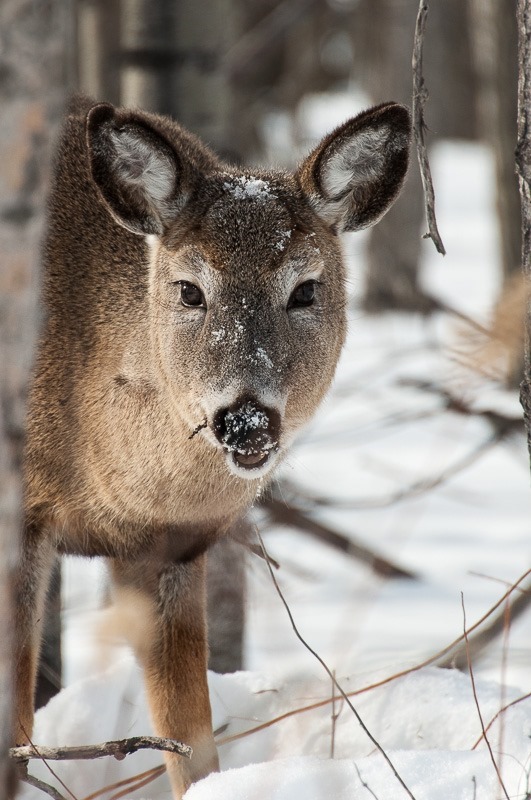 If you look around in the right places, you may also find animals, doing the same thing. Times are hard in winter, and food is scarce. At least if nobody puts something outside for each to enjoy. So let’s take a look at what we can find during winter inside the Winnipeg Perimeter Highway…

I have blogged already numerous times about this place a called Fort Whyte Alive like here, here, here and here. Every time I go there, there is something new and different to see. Well, mostly every time. This week I went there a few times and the only common point was that I was freezing to death. Don’t worry, I escaped freezing altogether. The expected point, however, was that I didn’t take any pictures.

So here we go with some recent and some less recent pictures, all taken this year, though. 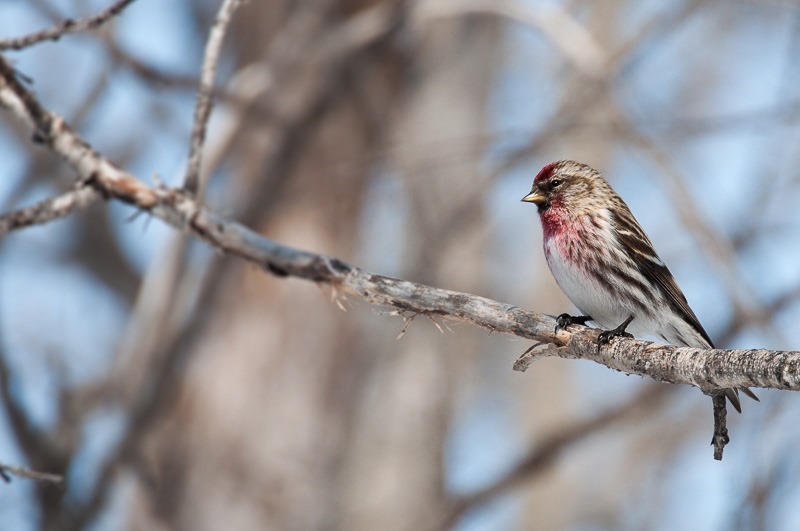 While many animals are here year-round, some of them only come here in the winter because they think it is warmer here. The Common Redpoll, for example, finds it way warmer here than in the Arctic where they reside in the summer time. Talk about a hardy bird! 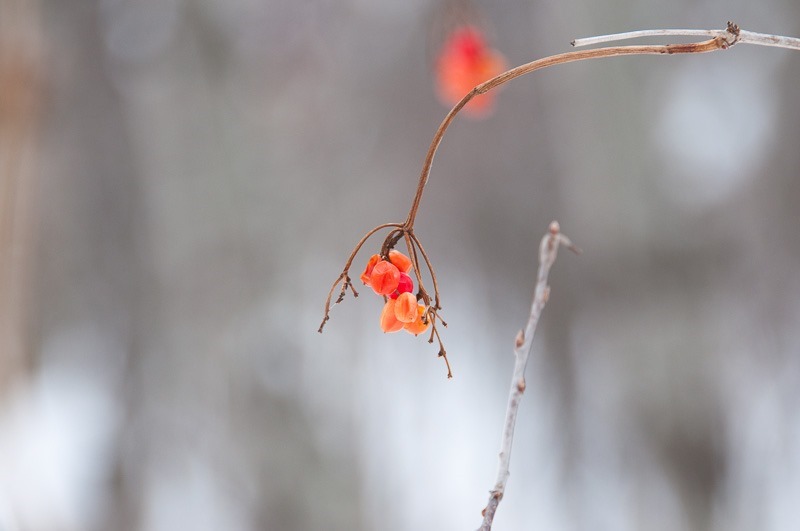 Some of the birds come here to the south in the warmth, only to enjoy some southern food. Like these left-over berries from last fall. These are not so much “residents” but I liked them for the colour and the contrast with the white and grey environment we experience today. 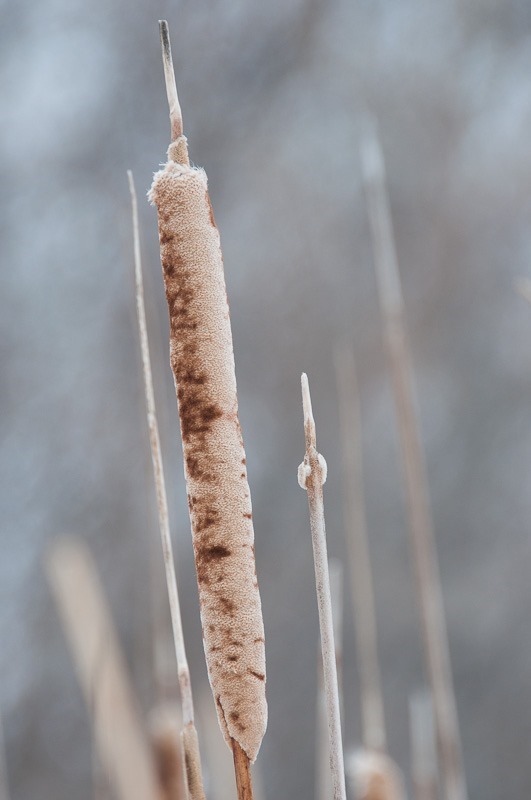 These run-down looking plants are in fact waiting to be used come spring by all the birds that want a soft and fluffy nest for their offspring. Still a long wait from today, but spring is on its way. Patience!

In the mean time, the residents here make do with whatever food they find. In Fort Whyte Alive, the deer get some extra food through the winter since the territory is not big enough to feed the whole family. And we do want to keep that complete family here. If it were only for the enjoyment of the photographers here. 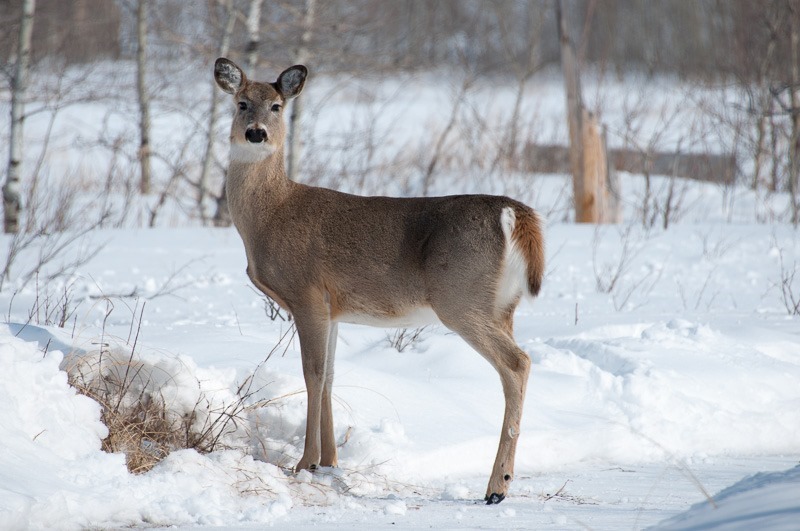 The pose of this White tailed Deer is a classic. I’m happy to have gotten this one. Usually they present themselves head first, as if they want to show as little as possible of them to you. 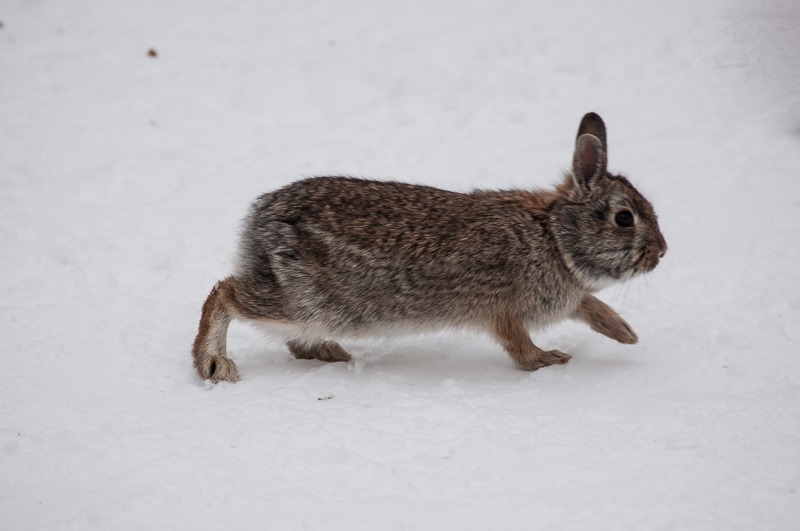 Rabbits also remain here through the winter. I always thought they were hibernating and showed up once it became warm again, but this picture just proves me wrong. While all the people I was with were photographing the deer, this little fella tried to slip by us, behind everybody. I caught it anyway 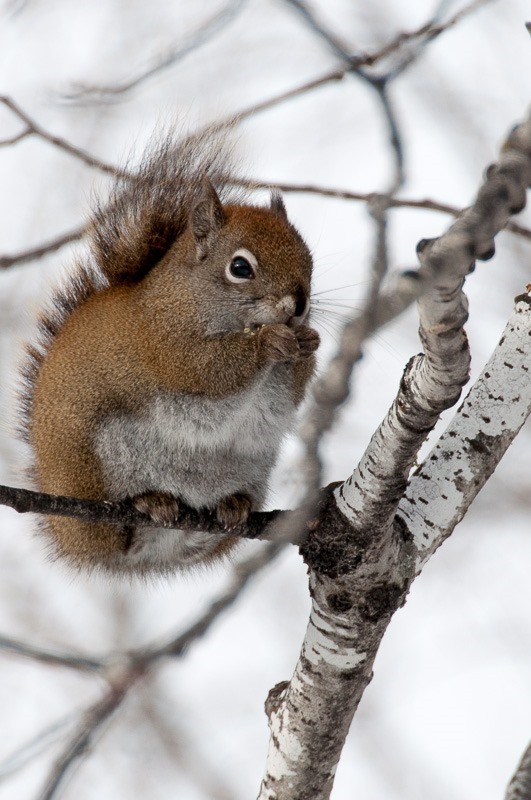 Of course there are also the Squirrels, some call them “tree rats” and dismiss them as harmful, but they eat only seeds and nuts. No diseases are transmitted to man and some even come close enough to be fed by hand! Although I prefer to keep a little more distance from those razor sharp teeth… 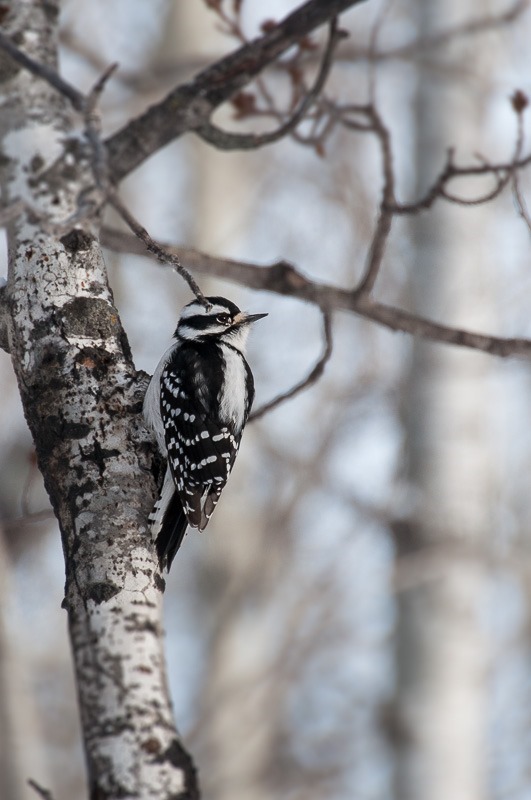 But let’s not forget the useful birds that rid us and trees of all kinds of insects and parasites. This Downy Woodpecker is here year-round to do its job and feed off the insects we don’t really care about. Let’s say we do care about them for the Woodpeckers. A bit of a tortured reasoning, sure, but I prefer to have some insects and the chance to photograph beautiful birds than have no insects and no birds to shoot…