People of the Festival du Voyageur

It is easy to go to the Festival du Voyageur and come back with loads of pictures of the snow sculptures. But the sculptures alone do not make it a festival. 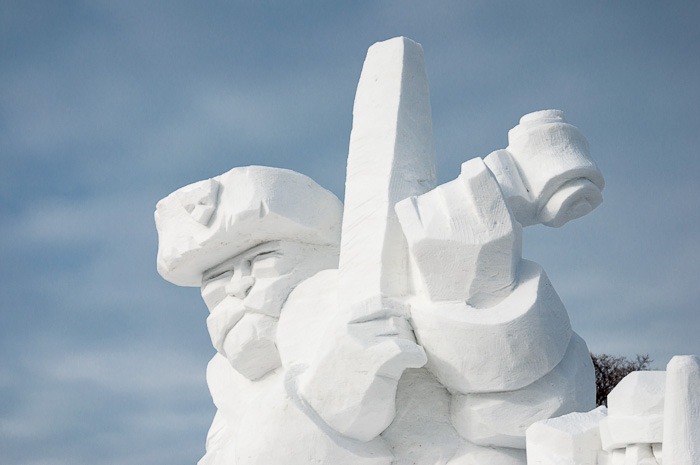 The sculptures are great as usual, this year none of them collapsed while I was there, that’s already a good start. At the entrance of Voyageur Parc the voyageurs look fierce and a bit grim.

Those sculptures are the main focus of many a photographer at the Festival, That is understandable. But there are many more people around that make the festival a Festival.

So this time I want to look around and take some more people in. A kind of street photography, if you like. Let’s call it Voyage Photography

The sheer size of the sculptures makes me always think that there have to be many people working on each of them. Most of the teams working here though, are only 2-4 people. And not all of the members get to mount on the top of the sculptures to even the surfaces.

What is interesting is that many of the tools are usually employed in different jobs. Like this snow “evener”. It seems to me like this is a sort of wool carding device, not made for snow sculptures. 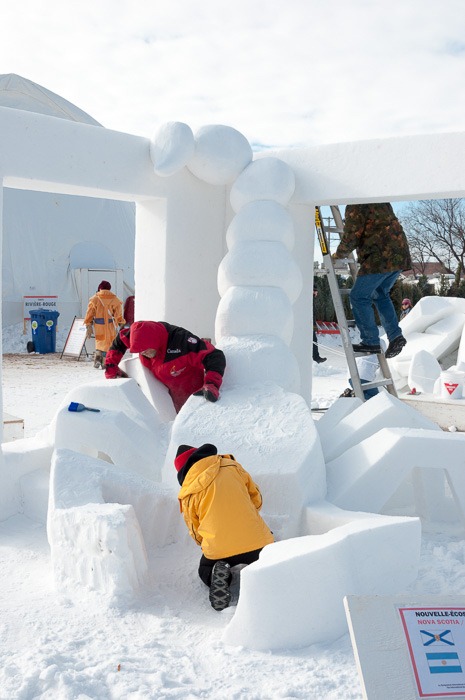 What is interesting this year is that many sculptures have areal parts, arches, arcs and beams. All only held up by the internal force of the snow. As you can see, by the time I got at the Festival, the sculptures were not all finished yet. 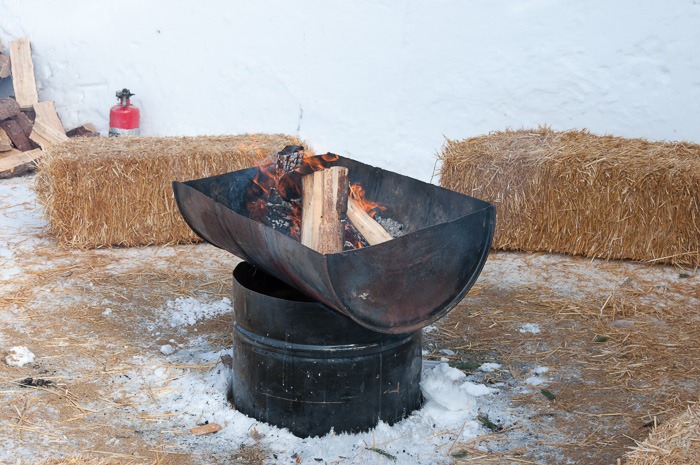 Got cold? Warm up!

But not all people of the Festival are involved with sculptures. Some of them are employed to watch the fires that are all over the territory to warm you up. The weather can go both ways around this time of year. At the time of writing, the temp was a mere –1 degree Celsius and must have been above freezing in certain places. 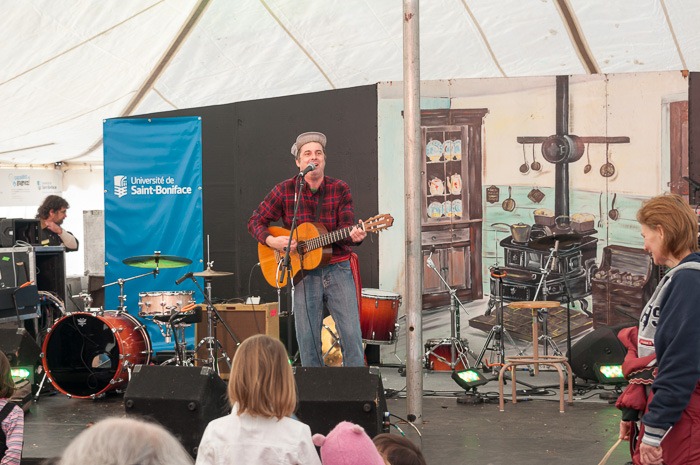 There are also many performers in the classical way of the term, like this singer here in one of the tents. Singing mostly for smaller children and eating parents. Sponsored by the University of Saint Boniface. 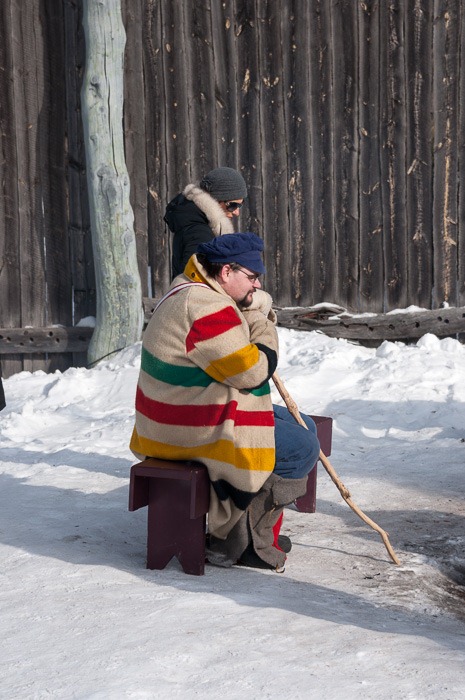 But not all performers get the chance to stay warm inside… This storyteller is huddled by a fire, where he is wrapped in the colours of the Hudson’s Bay Company. A bit strange in a fort called Fort Gibraltar that was the arch competitor of the said Hudson’s Bay Company. Until they merged in 1821, that is. An interesting detail is that in my native Holland, as a kid I had a blanket sporting exactly the same colours… Perhaps that was a sign for me to go to Canada, one day? 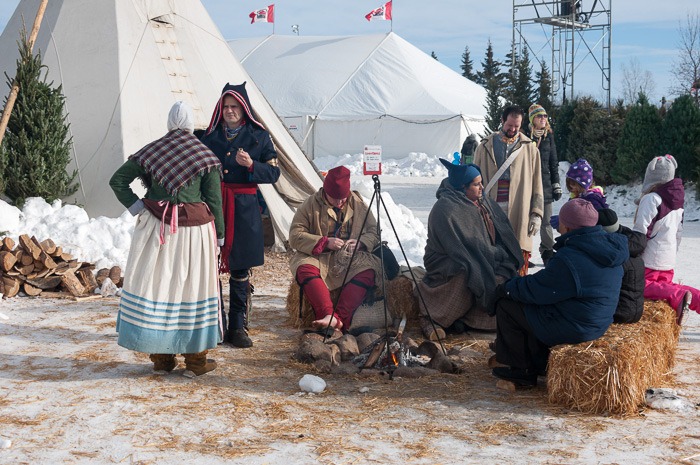 Storytellers are plentiful on the territory. You can hear the same stories from different angles as well. Above a First Nations camp, or aboriginal camp as it is called in French. You are invited to warm up, listen to some stories and drink something warm. I’ll have to try that one of these days. 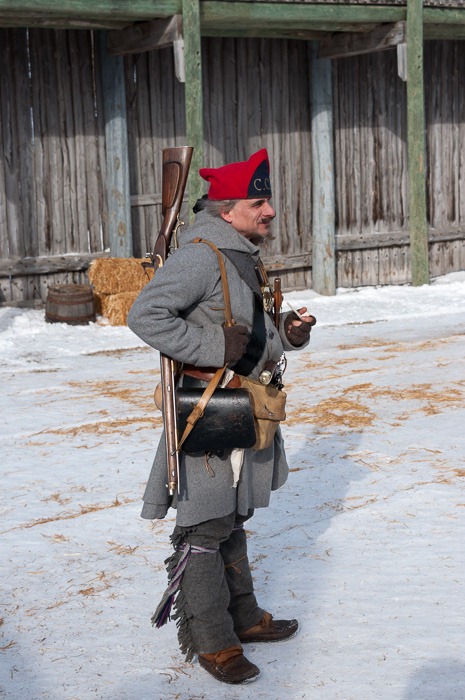 The above gentleman was fully dressed in clothes of the period of the beginning of the 19th century. Including the clay pipe for a smoke. The rifle was probably not loaded, but in the time that these gentlemen really roamed across Canada they were definitely not to be underestimated. Today, they are friendly and always willing to talk and get their picture taken. You won’t get shot.

Many more people make that the festival becomes a real Festival, there are too many to show here, but I will be back with more, one o’ these days.