As soon as winter arrives we start shovelling the snow. That is amusement only for the first time. The second time it’s already less fun and the third… well let’s talk about something else. 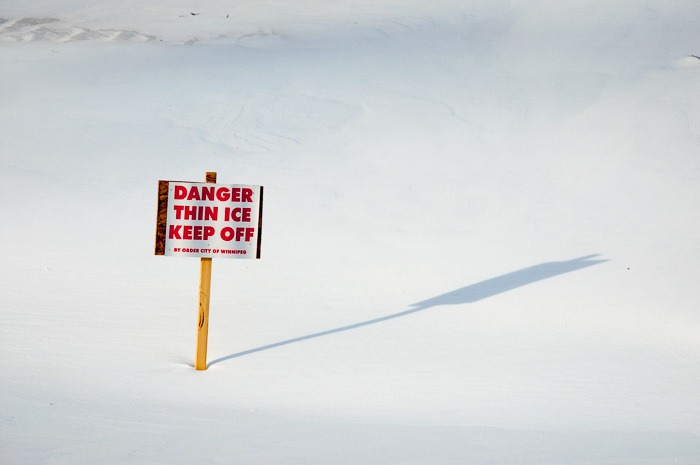 In the beginning of the winter, the City of Winnipeg places signs everywhere, warning people not to go on the ice, or more accurately - under the ice.

But after a while, with temperatures of –25C and lower during the nights, the ice has become thicker and thicker. Right now, it is around 4 feet thick (1.20m). Thick enough to put some bulldozers and trucks on the ice to create skating rinks and walking trails. 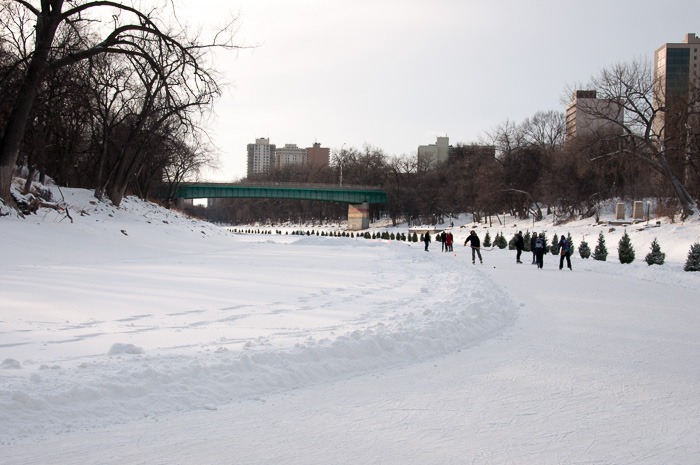 Out on the trail

Lately I got out of the house after a nasty cold and went to The Forks. Just to see if there had been any changes during the month I stayed inside. 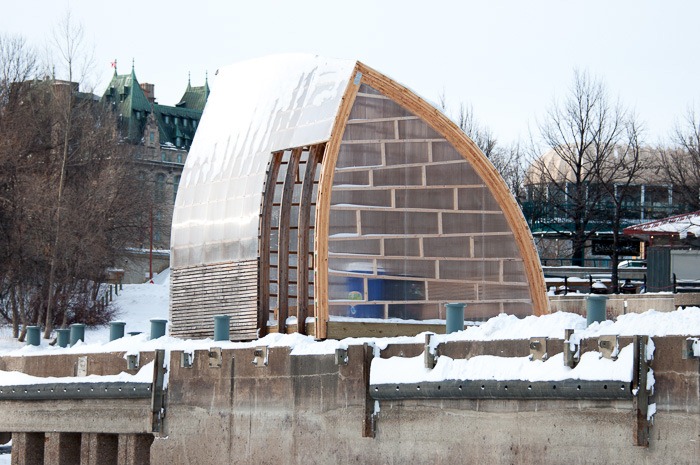 The Forks now has two skating rinks and the start of what will be the world’s longest skating trail on natural ice. And before you get on the ice, you can put on your skates in warming huts that are showing up all over the place. More about those soon… 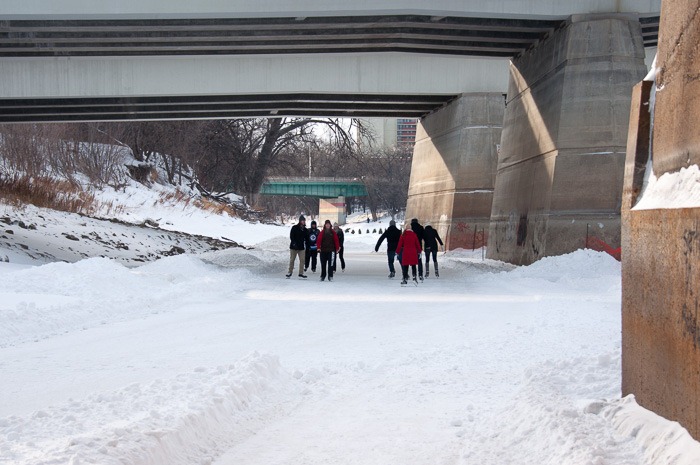 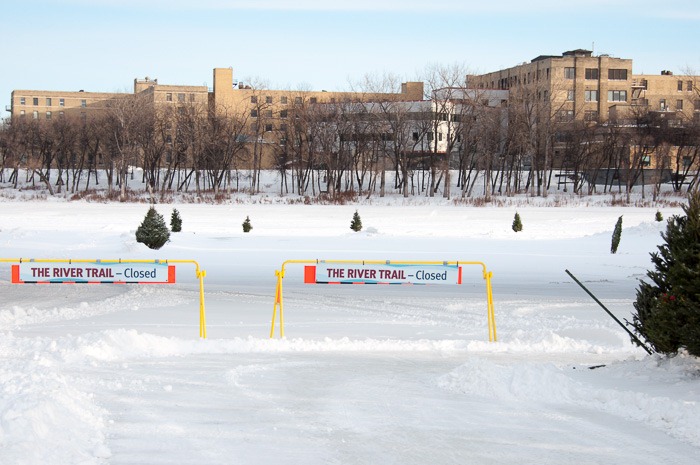 A promise of more

In the direction of the Red River, the trail is still closed, promising to go way further once the trail crews are done with it. 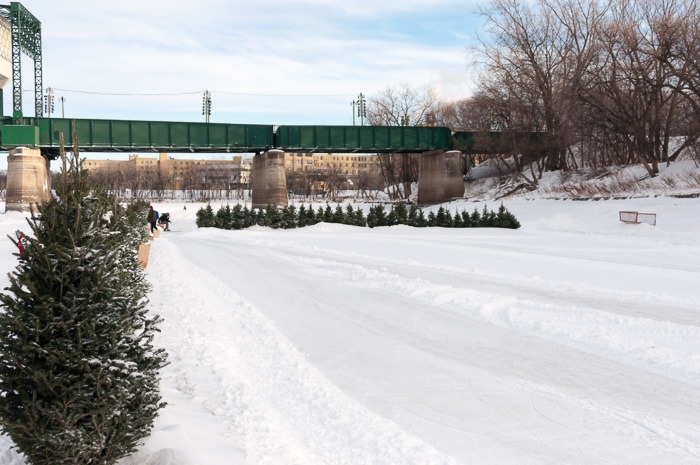 But going to The Forks didn’t give me the crowds I was expecting. The blizzard of the previous day had covered many of the trails and icy installations with lots of snow. Even more, the lingering temperature of –25C didn’t invite many people to go and have fun on the ice. 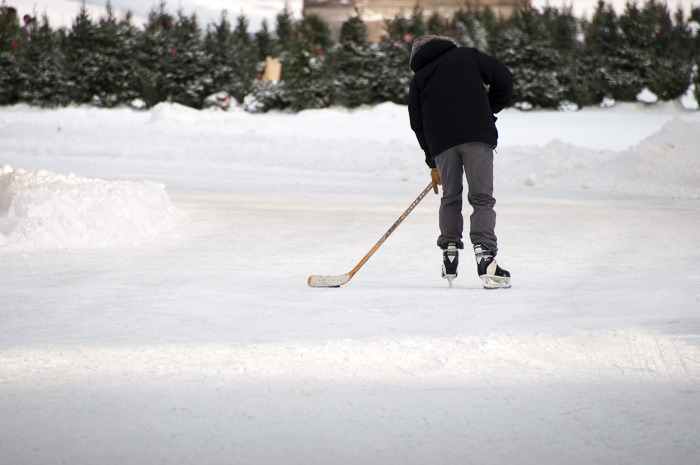 Training in the cold

Even though much of the snow was cleared, much more was still to do. Only a few people were there playing or training hockey, skating. I didn’t see any dogs on the ice. 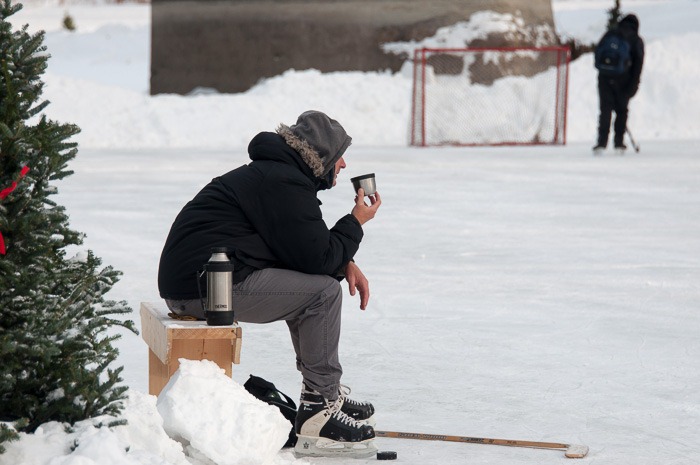 A much needed cuppa

So what is there to do when your favourite skating rink is covered in snow and it is freezing cold? Have a coffee! I don’t know if the brew was good, but this guy definitely enjoyed his. 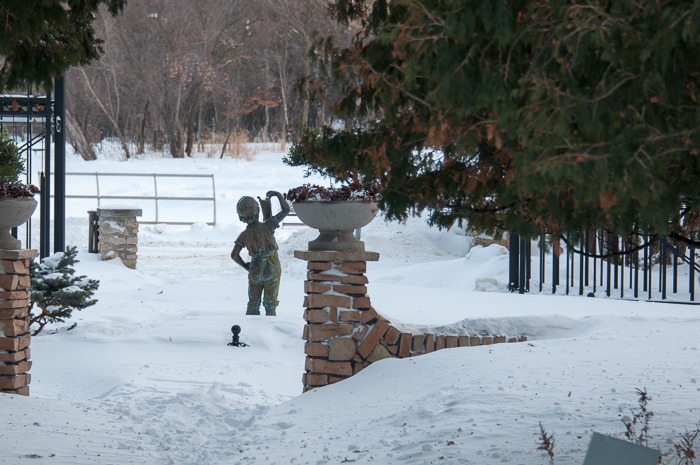 Boy with a leaking boot

After a while I was cold to the bone, not difficult after having been sick for a month and decided to call it a day (well, half hour). I went to the English Gardens to see if there was anything photographically worth scavenging and came up with this sculpture. Quite the difference with its usual appearance.

There is still a lot of snow to clear after the blizzard so I’ll be back with better pictures soon.