The speed of light

To catch a bit more spectacular light we have to be fast, very fast. But signs of these events are there, sometimes long before the events occur. 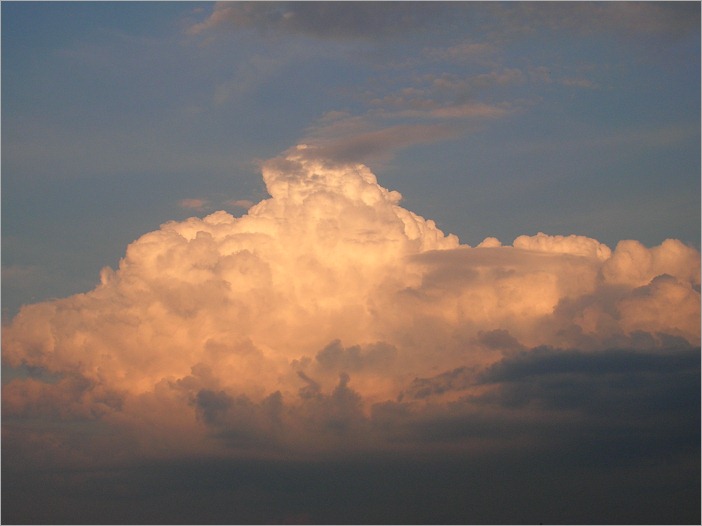 The signs I am talking about are of course cumulo-nimbus clouds, with the promise of some heavenly fireworks, a.k.a. thunderstorms.

Thunderstorms have always fascinated man. Of course until man understood what was going on in the attic he attached all kinds of supernatural powers to the phenomenon. The Hammer of Thor, Wodan being angry in the Viking culture for example. Nowadays we know that it’s simply a question of electricity and electric charge.

The first signs are the clouds and the overall feel of oppressive atmosphere. Hot and moist and often a far away sound of thunder. In Kiev I lived on the 8th floor, giving me a spectacular view of storms and weather. Many of my pictures are simply taken from my balcony like this sunpillar. The following pictures are also taken from the same balcony, so don’t expect some change in POV.

Catching lightning has always been a favourite sport of mine, even if my wife preferred me to stay inside and safe. 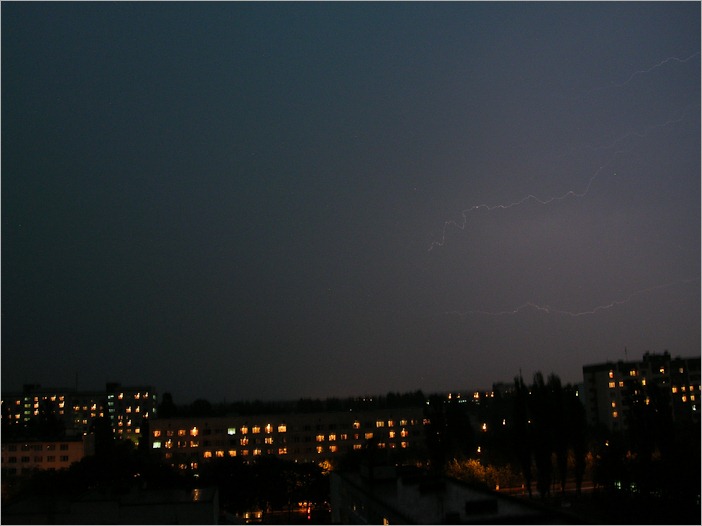 With a P&S, like I had at the time, catching lightning is a question of trial and error, mostly error. I must have shot at least 150 pictures to catch the few lightning bolts you see here on this page. Long live the digital era! Every shot was some 30 seconds long, and I could only hope for lightning in that period. Not lucky? Ok, try again. Often enough the lightning came while I was rearming the camera, oh, well… 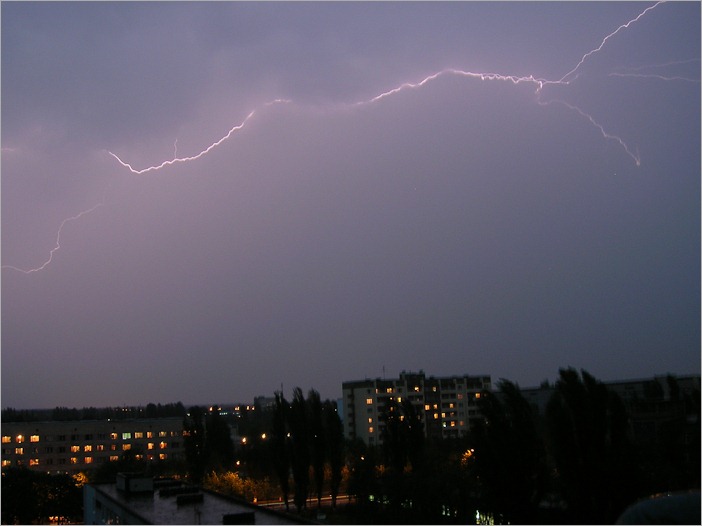 Sometimes you get lucky, most of the time you’ll have to try again and again. The best way I found with my Coolpix 4600 was to open the camera at maximum time and wait. In the mean time a good thing to do is to protect the camera from getting wet or being blown over the side of the balcony. A tripod is a must, obviously.

If you fear camera shake, try to open the shutter before taking the picture with a mirror lockup. If that is not one of your options, like with this camera, simply set it to self-timer. Once you press the shutter button, you still have a few seconds to let the camera settle before really opening the shutter. Then it is a question of waiting for the light to arrive… 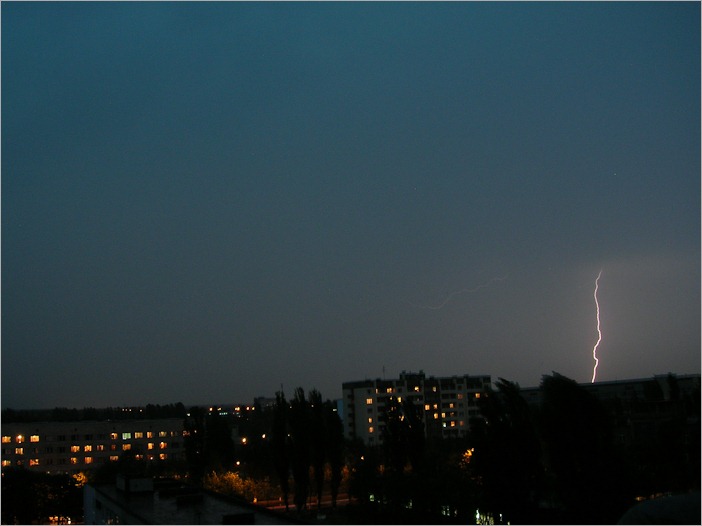 Of course if you really want to get a spectacular picture, you will want multiple exposures of lightning bolts. Either you will open your shutter for a longer period of time, say 10 minutes, or you will combine different exposures in Photoshop… 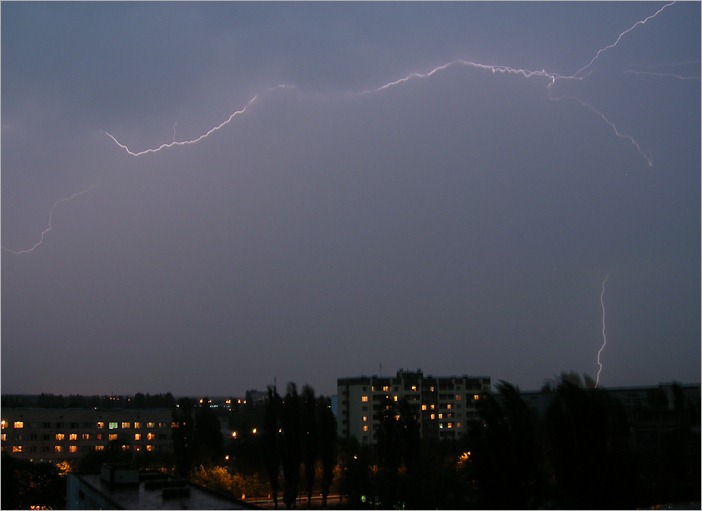 In this last picture the previous two pictures were combined. A part from the wind blown trees the picture is acceptable. All these pictures have been taken with a Nikon Coolpix 4600, a simple Point and Shoot, without many of the options you find nowadays on the newer cameras. The lightning bolts are not as light as I would have liked them, but for a P&S these pictures are not bad. I’ll have to wait and see what the storms can be here in Winnipeg, if I get the chance to slip out of the house…