The last few months, I seem to have had strange coincidences. Whenever there was something going on on the sun, I seemed to end up with a headache. 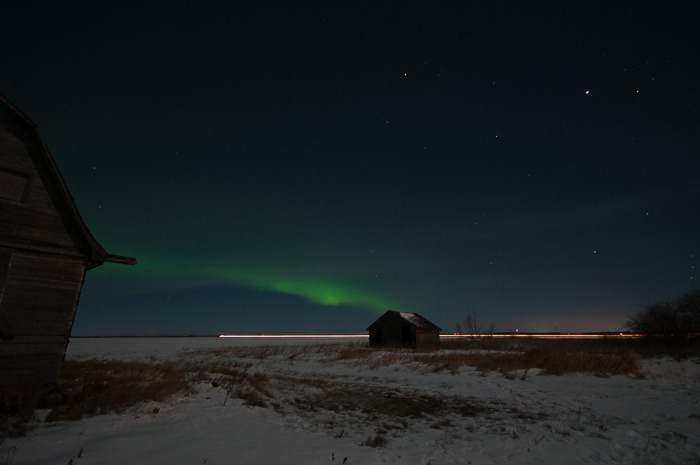 Strong enough to put me to bed before even the Northern Lights showed up. This time, however, it was different, so the Aurora=Headache idea doesn’t stand anymore.

Aurora it was. There were a few CMEs (Coronal Mass Ejections) on the sun in the past few days, so the forecast for aurorae was good. We decided to go out to an abandoned old barn near Oak Hammock Marsh. 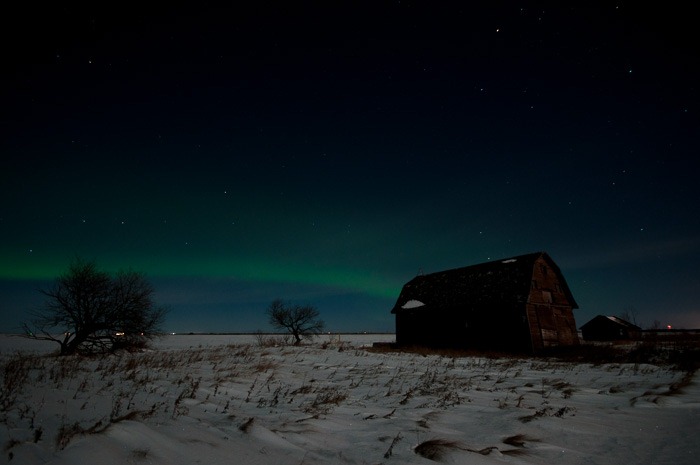 The barn added some foreground interest to the pictures. The first time I saw an aurora, a few years ago, I was shooting them, and them only. The trees in the foreground were not really in focus either. 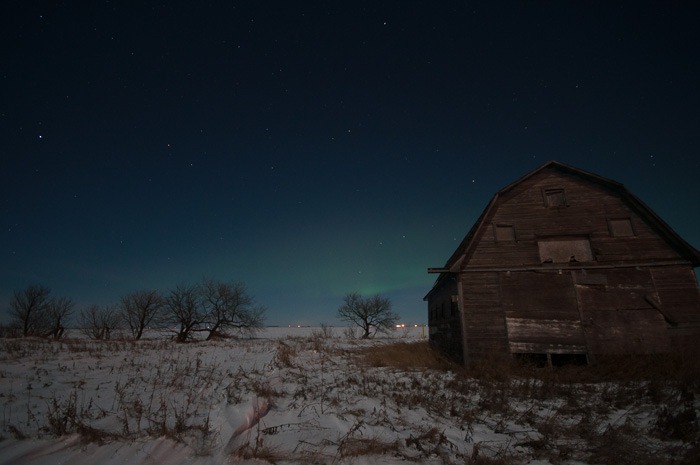 Since then, I have tried to get some foreground recognisable enough to make the picture more interesting. That means scouting out locations, or listening to others and following them. This time I had done both and the others were also going to the same spot. 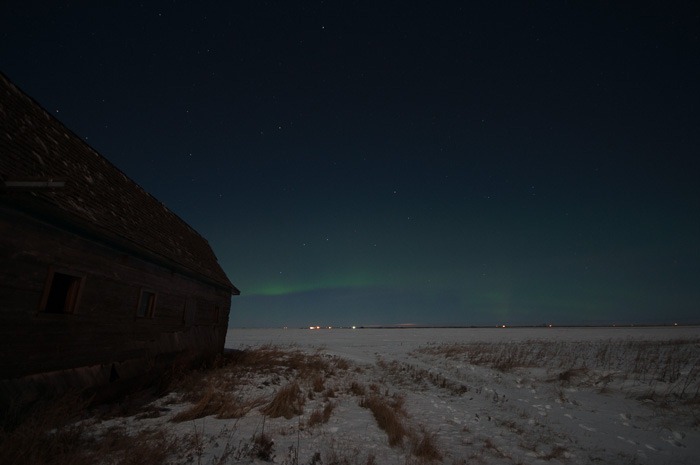 It’s always more fun to go out with other photographers than just by yourself. Even more if the thermometer reaches –21C while you are shooting. There is always strength in numbers and more safety too. 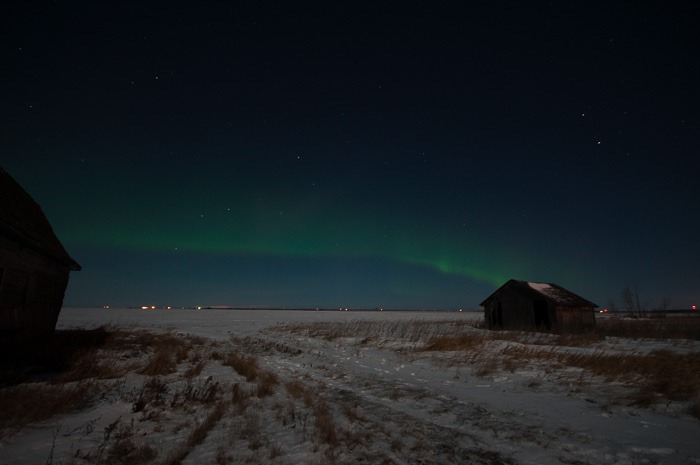 I did bring hot coffee with me, but by the time I was ready to drink it, the heat was pretty much gone. Lukewarm coffee is really yuck, believe me. However, the little warmth it gave me was enough to continue for another hour in the cold. 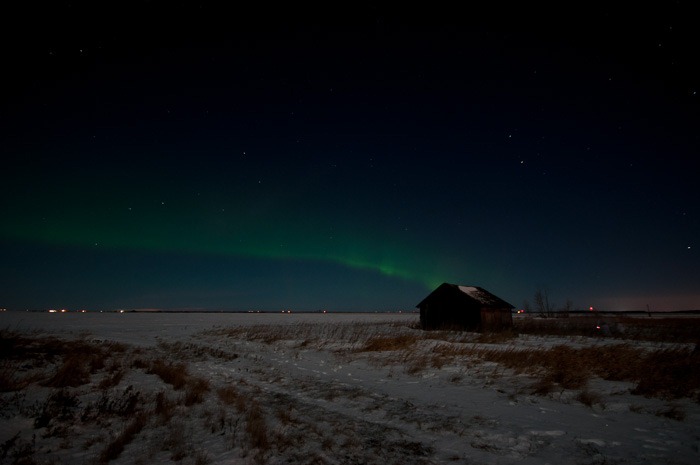 Temperatures like –21C can do some serious damage. Not only to your camera gear, frozen batteries give no power, for example. A seized up shutter also is no good for pictures. Even the tripod was frozen and needed to go fully extended back in the car. 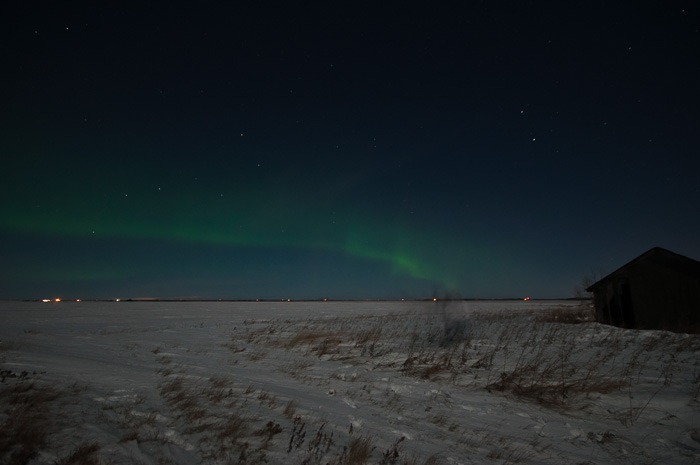 No, the real danger is that your toes and other extensions of your body freeze up gradually. At first, you can say that you always shoot with your bare hands. After a while you notice that your bare hands are more often than not in your pockets, until even there, they start to feel as if there are hundreds of insects biting them. 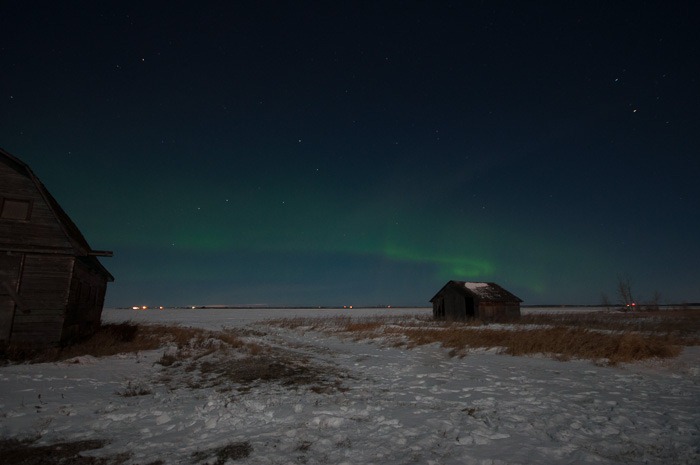 Then it’s time to put on some gloves, made for the climate. After a while, my hands were warm enough again to take some more pictures. The battery that gave up on me after about 40 pictures had been fully charged at home. 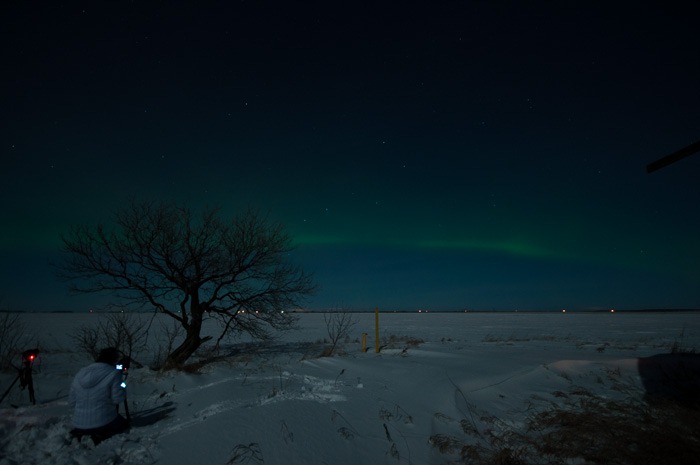 Forty pictures is all I got from it. Once back home and warmed back up to normal operating temperatures, the battery showed 95% capacity left to use! Hmmm, next time I need to bring perhaps 3 or 4 batteries instead of a single extra one. 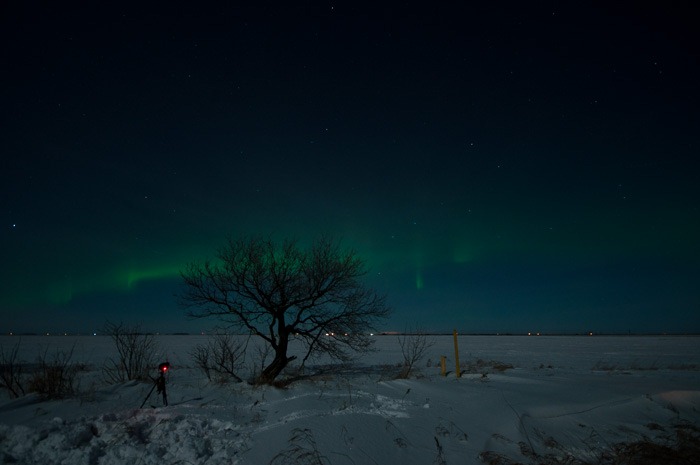 Despite the cold, the aurora was decent, sometimes a bit weak, but overall a nice show. Of course, like I said, in company of other like-minded people, like-freezing too I guess, it makes the evening way more pleasurable. 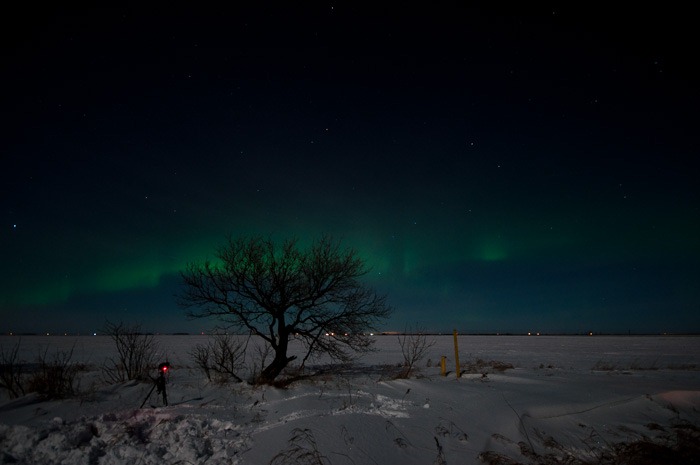 Next time, I will be even more prepared to withstand the cold, for myself as well as for the camera gear. You never know when an opportunity like this comes along again. The sun is near its solar maximum, activity should be interesting in the next few months.