Every year, Santa Claus makes his arrival in the city with a big parade. Not only does he show up himself, all the businesses in the city also show off what they can. 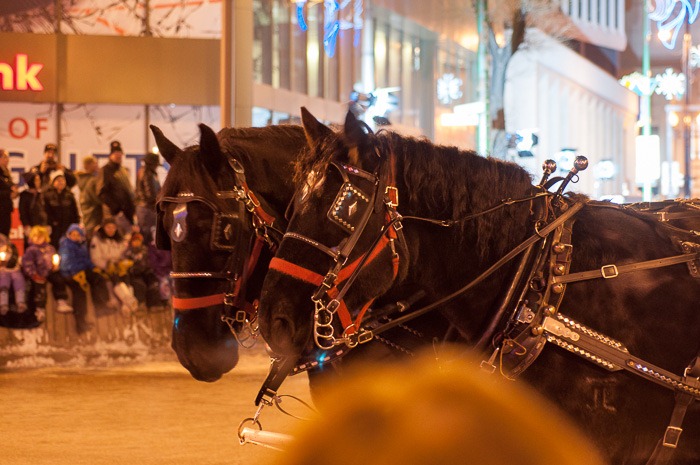 The result is a big parade, with floats, one bigger than the other and a small Santa difficult to find. Even more if you are freezing cold and waiting with a camera held above your head

The difficulty with taking pictures at an event like this is that everybody wants to be in front of everybody else. Leaving photography a precarious exercise in protecting yourself, protecting the camera and taking pictures. Throw in some low temperatures and you have an event you will not soon forget. At least your muscles won’t… 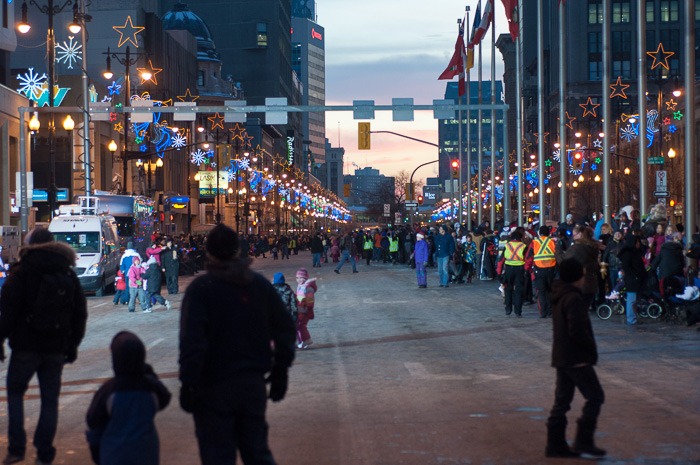 As you can see on this picture, there was a lot of managing the crowd going on. We were told many times that we needed to stay behind the barriers, because the floats were VERY big and needed a lot of space to turn. All was done in a very pleasant and open way. Some countries should take example… 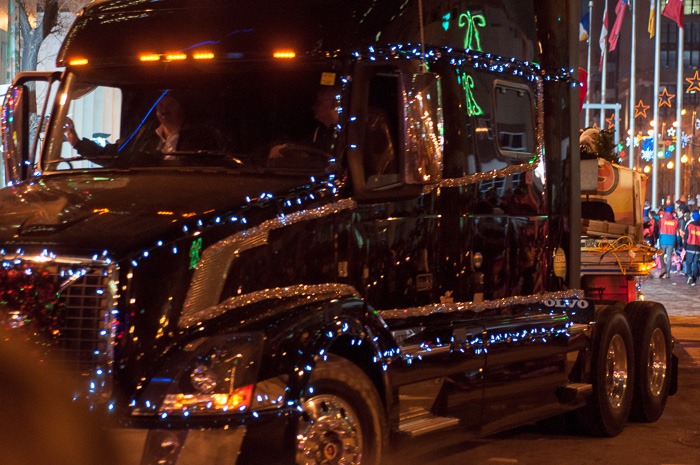 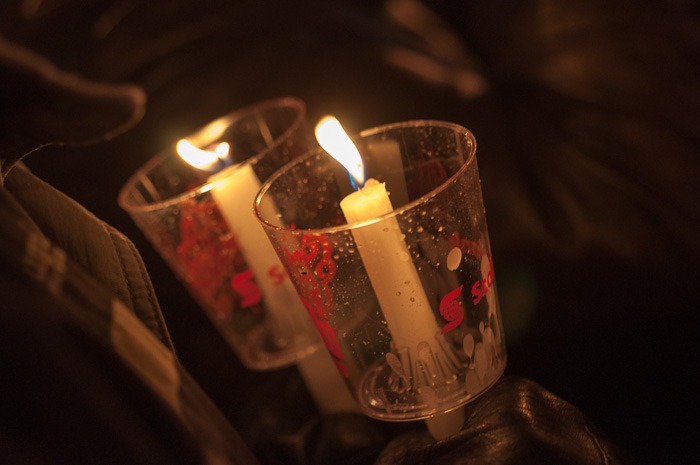 To add to the atmosphere (and to the activity of protecting myself) candles were handed out as well. Not only could I be frozen, trampled, bumped into, but now I could have been burned as well… Don’t worry, I survived 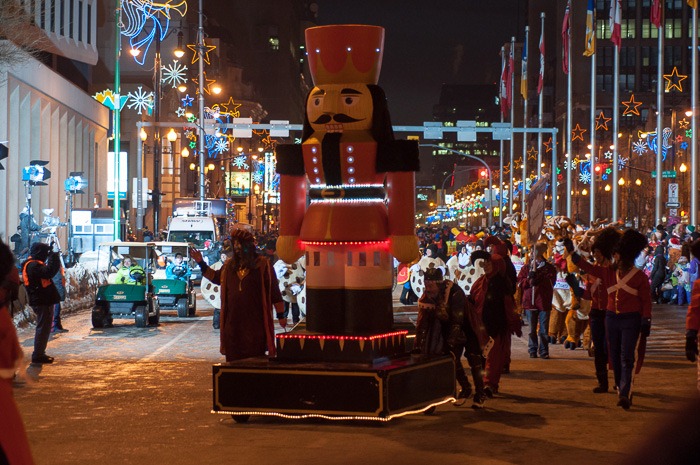 The Christmas Nutcrackers were there, looking pretty grim. Perhaps they were cold too… As you can see, the spot I had chosen was also used by the local television crews. Obviously they had a lot more light to give than I had, leaving me with a mixed white balance later on. 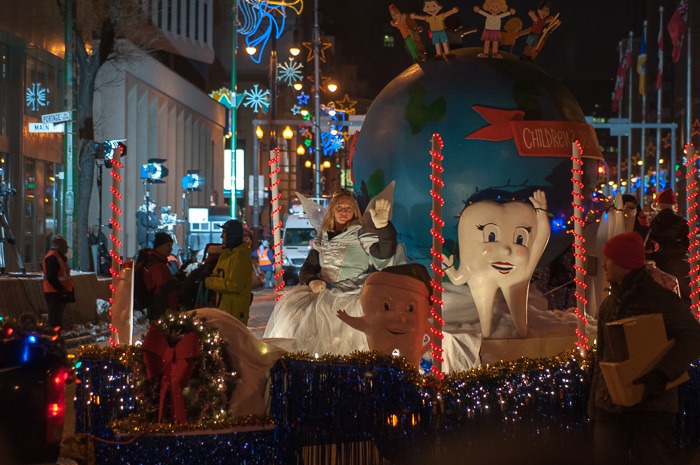 However, standing in a bend in the road, this was the only spot where I could get the floats from the front and from the side. Above, the tooth fairy came along. When I got home I checked under my pillow, but nothing there. I also still had all my teeth

. (see?) Photography crazy as I am, I also noticed the lighting of the fairy from the bottom… It makes her look a bit “not fairy like”… 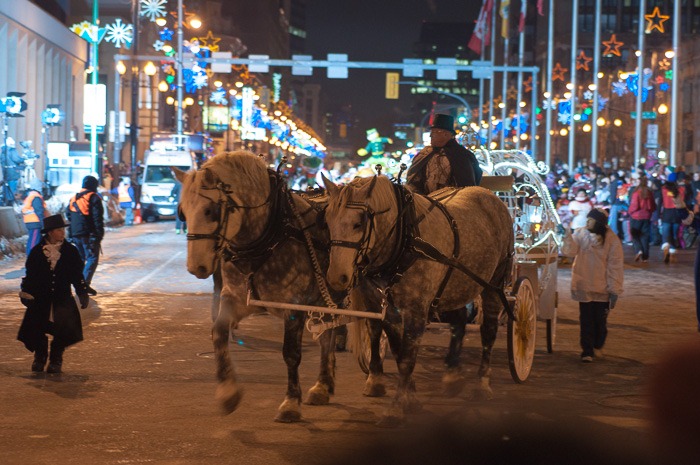 Then there was the old fashioned pumpkin, drawn by real horses. It’s great to see that some traditions never die. Seeing horses like these makes me remember the parades I went to see as a kid. 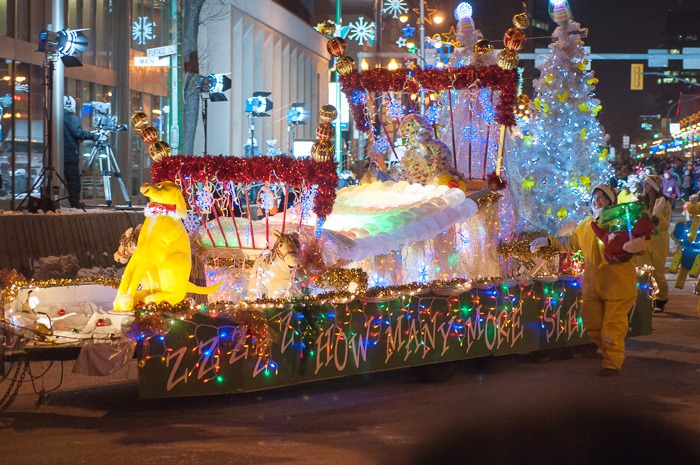 The really coloured ones were so visible that I even forgot to read what the sign said they were supposed to represent. Sorry guys, if I missed your message, but the float was great 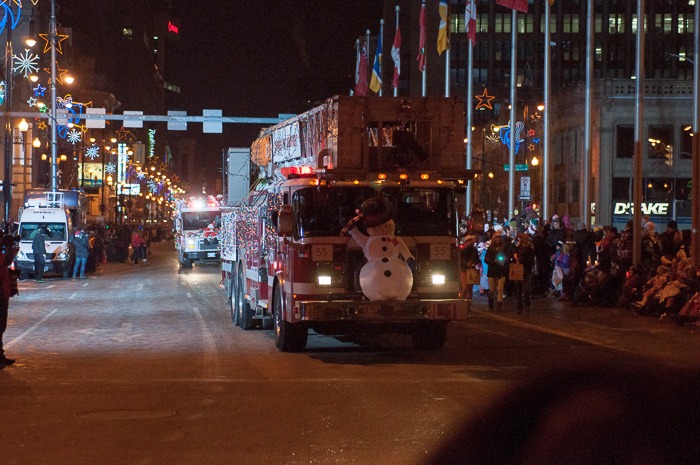 And then there was a really recognisable “float”. These are guys I really respect. They do so many good things for people, even if they cannot have a 100% success rate. Putting your life in danger for others is really the best gift you can give to others. Even if they don’t always appreciate it or even understand 10% of what they do. Happily this truck was not required for more urgent matters! 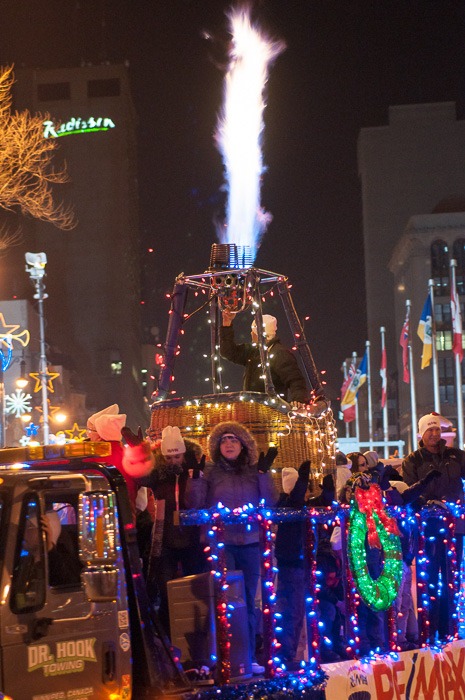 After a while we really got cold and stiff from waiting for Big Daddy aka Santa Claus. So I decided that we’d wait for the big flame to warm us up before leaving for home. You could feel the heat of this flame when it went up in the sky.

I understand that this post seems a bit “un-positive” (not negative!). However, I really enjoyed the parade, but not so much the cold that started to creep up in my bones. After the hot air balloon float, we went home, stiff and half frozen.