Over time, many pictures contain skies, in one way or another. Very often the sky is overlooked, even if it is always present. While I have already blogged about Manitoba skies, I thought it would be nice to have some more. 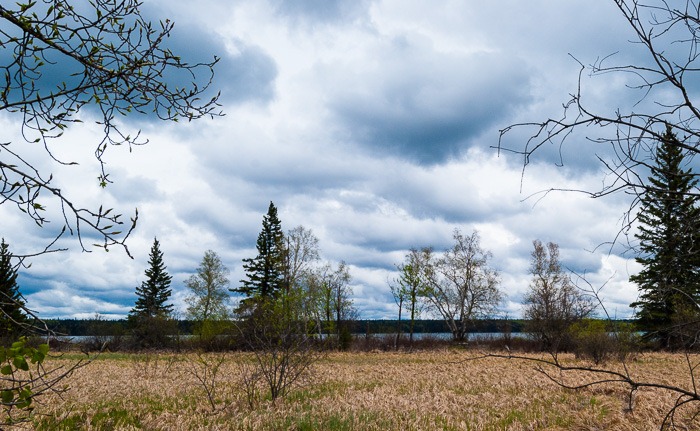 Skies in Manitoba always seem to be interesting, whichever way you look at them. So, let’s look at some more of it, shall we?

Many sky pictures will look like many other sky pictures. But if you have travelled around the world for some time, you start to notice that every place has its own type of sky. The blue sky in Ukraine is not the same blue sky in Holland, and again different in Manitoba. Now throw in some clouds and shake the thermometer a bit and you get a mix of sky pictures that is quite interesting.

The lead picture of this post was on a cold freezing June morning in Clear Lake, a lake reputed for its cold and deep waters. 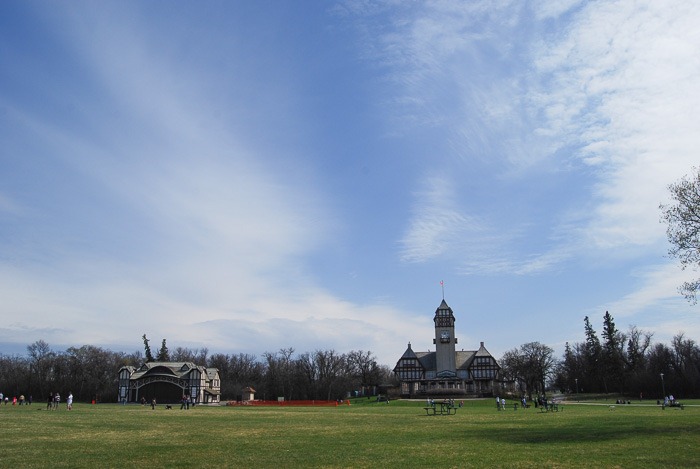 The Assiniboine Park Pavilion under a promising sky

On an early May in the Assiniboine Park, the sky was rough, blue and full of promise of mischief. The next day we had stormy weather with hints of snow. Blue sky does not always mean nice weather, that’s for sure. 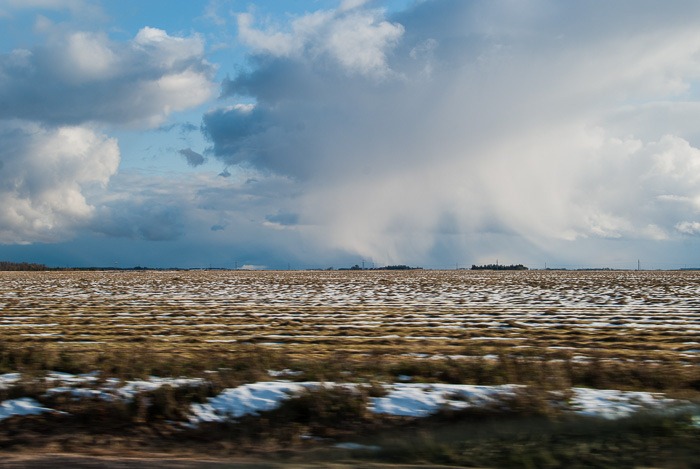 Winter storms in the distance

Winter storms come over you like a wet blanket. Sometimes you can see them from far away without getting white or wet. Sometimes you just have to shoot from the car window without stopping. 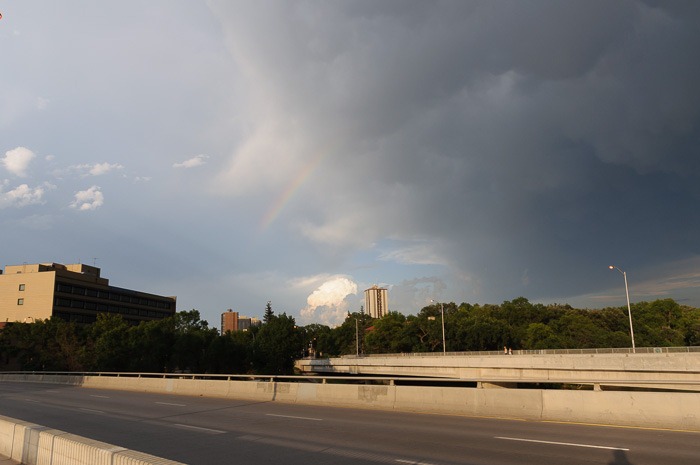 In the city center, storms can howl and thunder, way more than I would have expected. Walking over a bridge to get a bit clearer view, this is what I got: the tail end of a heavy storm. 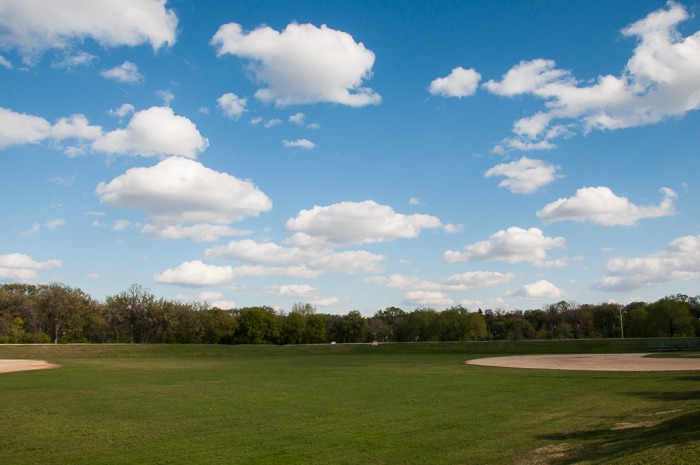 Summer skies can be very bland, featureless if you like. Often enough, though, the same summer evening skies can have some animation. Like the woolly little clouds here, for example. 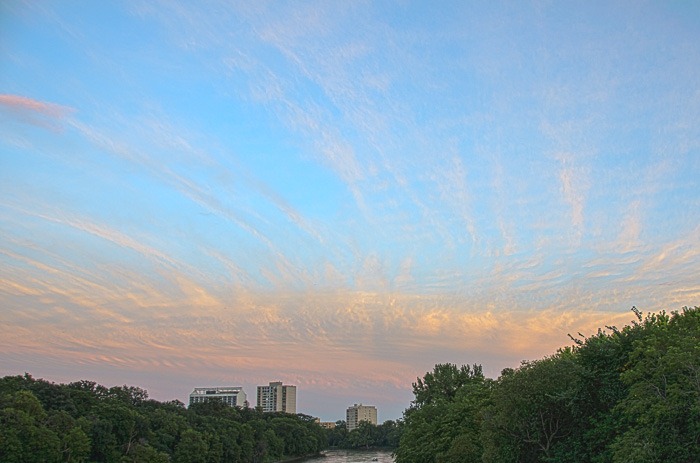 By times, storms seem to announce themselves, like in the above picture. it looked as if someone had thrown a stone in a huge pond, showing the splash and the ripples over the city. It turned out to become one of the heaviest storms in 2009 in Winnipeg. 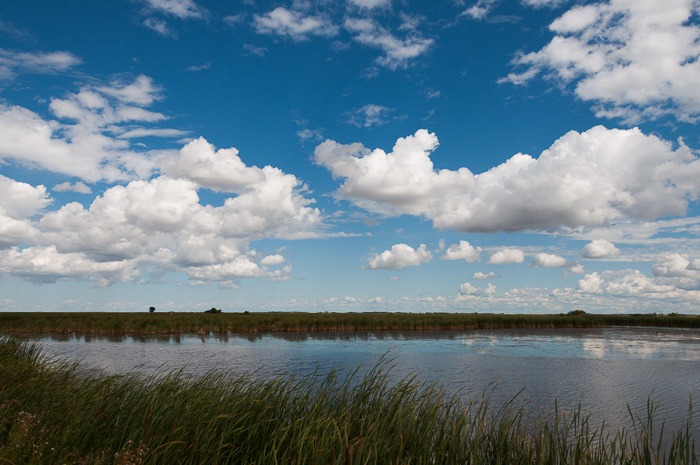 Then you go out of the city, trying to get some fresh air and perhaps some sunshine. Oak Hammock Marsh is always there to provide for the fresh air. And perhaps some (thousands of) mosquitoes, but the skies look wonderful. 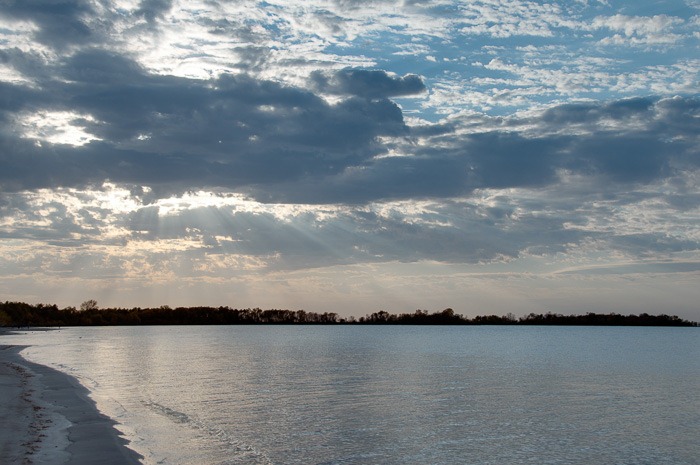 So if you don’t like mosquitoes, you go to the beach. Hmmm, the water is fresh, not salt, so mosquitoes are there too. But so are the beautiful skies.  Exactly what I was looking for. 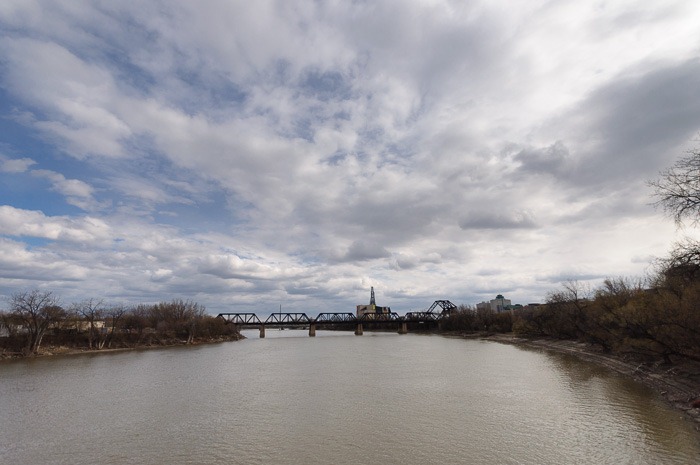 High water in the Red River and cloudy skies over Winnipeg. That is what you will get in late winter. Not sure if April 21 is still considered winter or if we really have to call it spring. It still feels cold, 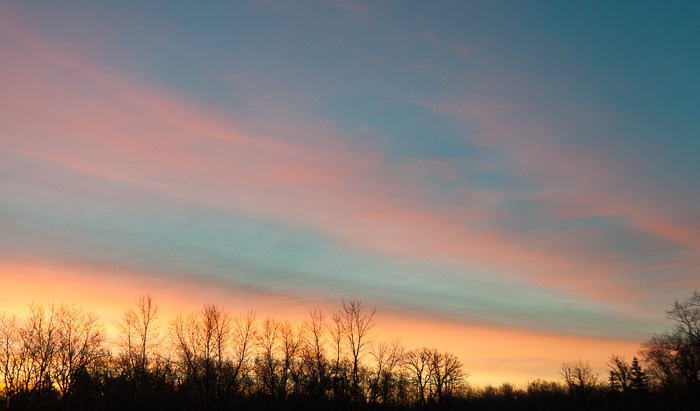 Speaking of cold, ok, that will be here soon enough, I guess, but cold mornings often also give you great sunrises. Like this picture on an early morning in the Assiniboine Park. 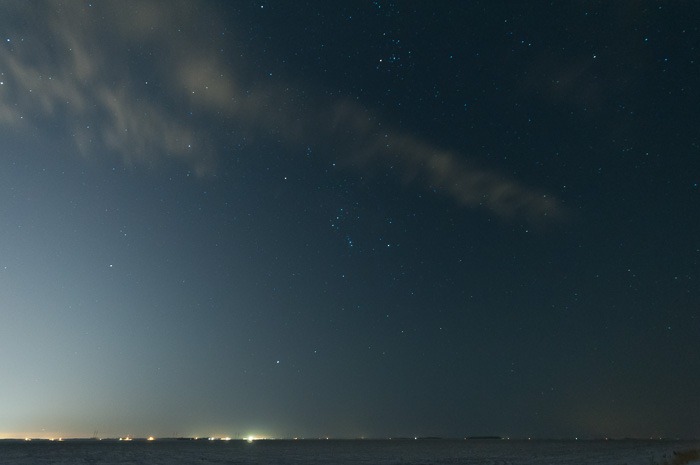 But a few nights before that, I had the chance of shooting the stars over Winnipeg. Shooting to the south east over only a small part of the city allowed me to get a nearly clear sky, full of stars and only a little bit of light pollution from the city. 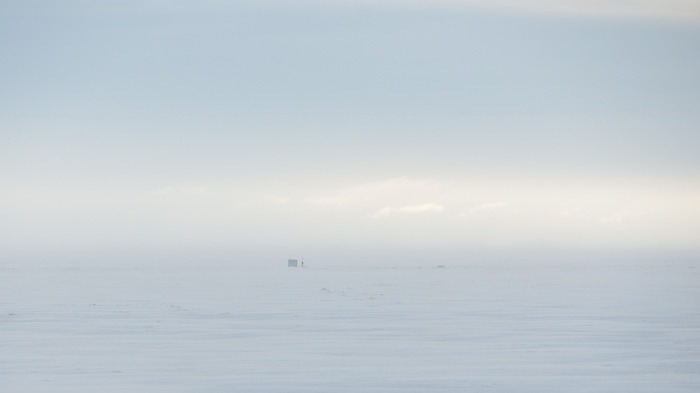 But light pollution is not always the reason you cannot get good sky pictures. While the sky was clear in Hekla during an early winter morning, there was no way to see any of it. Some will call these conditions a white-out. No way to distinguish sky from land or water.

All these types of sky and still many more can be found in Manitoba. All you have to do is get out and shoot.

To repeat the question asked earlier this year: What’s your sky story?