In Manhattan, New York, you can expect skyscrapers and, by consequence, lots of shadows and shadowy areas. After all, you don’t expect sunlight to penetrate that deep between the buildings. 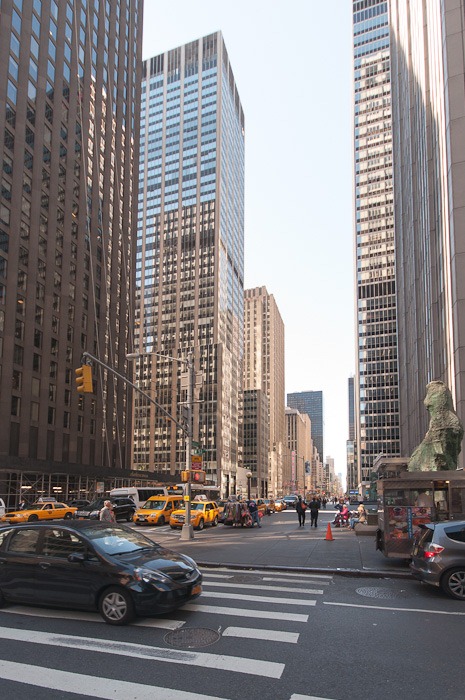 So I decided to go out and try to find that playful light and its reflections between the buildings, however scarce they were.

The lead picture is what you would expect, dark and a bit gloomy for lack of sunshine. If you look in different places, you can find the sunshine. 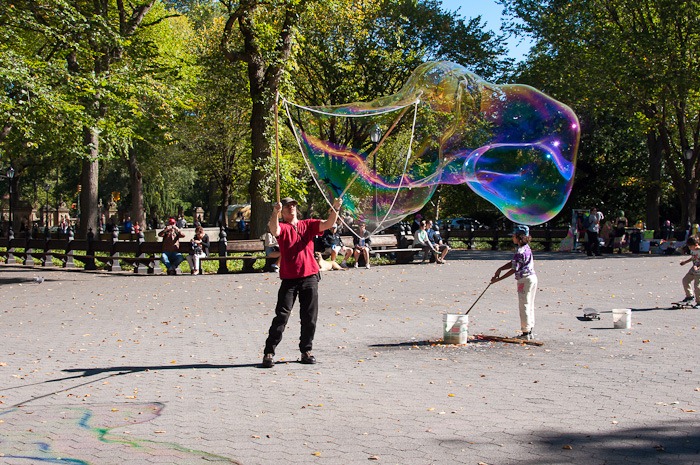 Blowing bubbles for a living

It’s easy to see the light play on this giant soap bubble. Even the “shadows” of the bubble have colours. It seems that this guy does good business blowing bubbles 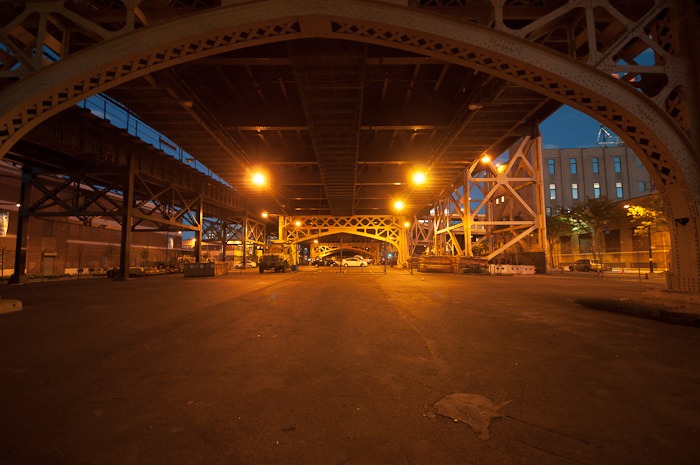 The first thing that comes to mind is that night scenes might be more lit than the daylight scenes. The above spot has been used in many different films and TV series. It is located near a few film studios and in a pretty quiet spot. By shielding off the exterior of the scene, you can create some pretty intense atmosphere. 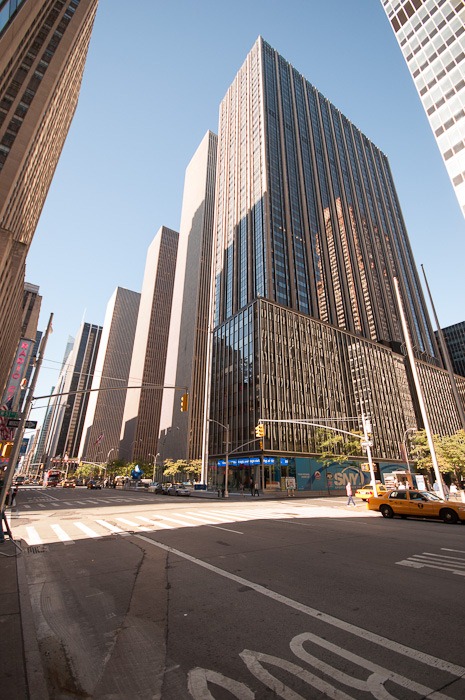 But what about the natural light play? Well, that was a bit more difficult to find. Wait until the sun has a specific position and then take the pictures. TPE or The Photographer’s Ephemeris does wonders for that. It showed that at some point the  sun would be lighting all streets at once, from one direction, of course. 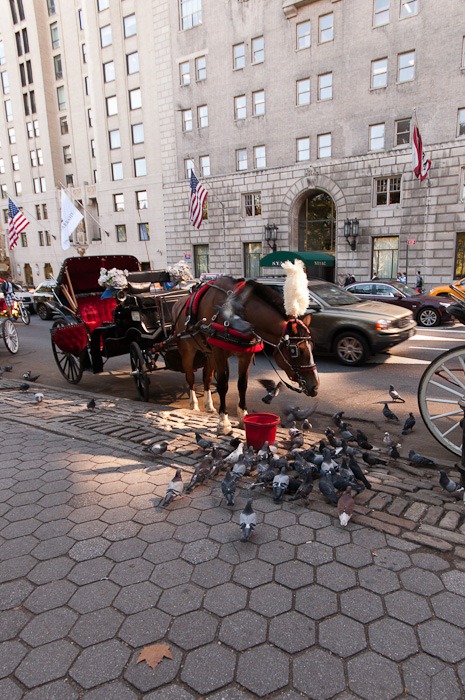 On the “border” of Central Park South, the horses also get some extra lighting, although I think that the food has more interest, from horses as well as pigeons. The little patches of light come from the north, so they are reflections in high buildings. 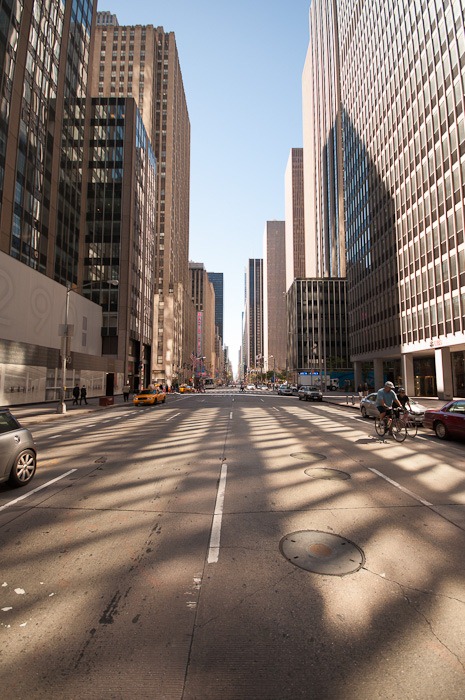 Seeing those reflections, I decided that there should be more, so walking a bit faster through the streets, I found the above scene. You can tell this was on a Sunday morning: empty streets with only a few cyclists… 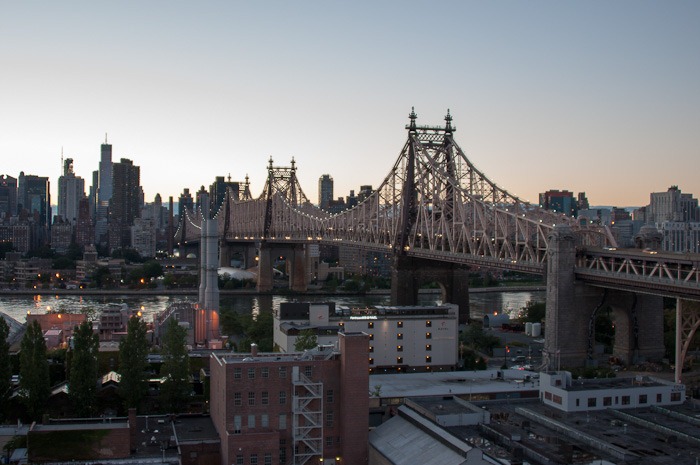 Evening scenes are also nice to play with. Light becomes more natural and silhouettes outline Manhattan. Lights on the Queensboro Bridge create for some extra playful view. As “fake” as this scene might look, this is a straight photograph, carefully exposed. It is not HDR. HDR is a technique I rarely use, simply because the scenes that seem to need it can often be had better without it. And I don’t fancy the overcooked look of many HDR pictures. 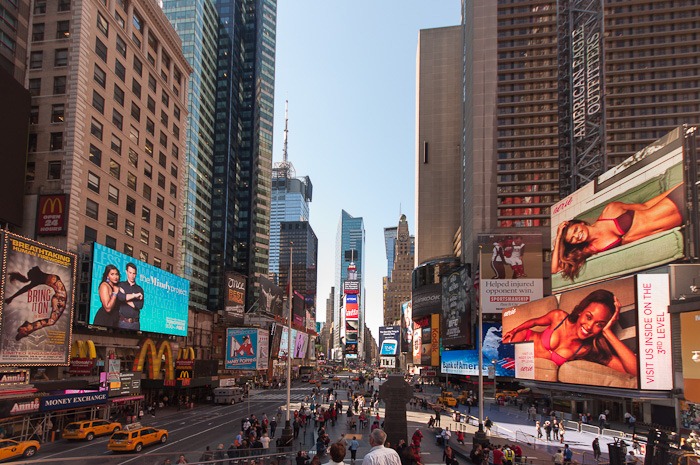 When you talk about night in New York, you talk about Times Square. I have blogged about that last year already. What people don’t often say is that in daytime, Times Square is just as well lit and rivals with the brightest sunshine.

So while you may think that Manhattan is a gloomy place due to all those skyscrapers, there is really more to see, if you are willing to look closer.