Back to the Big Apple

This year, the Joomla Days in New York were held in September. Not only was it warmer than last year, the green beings in the city were also more present. 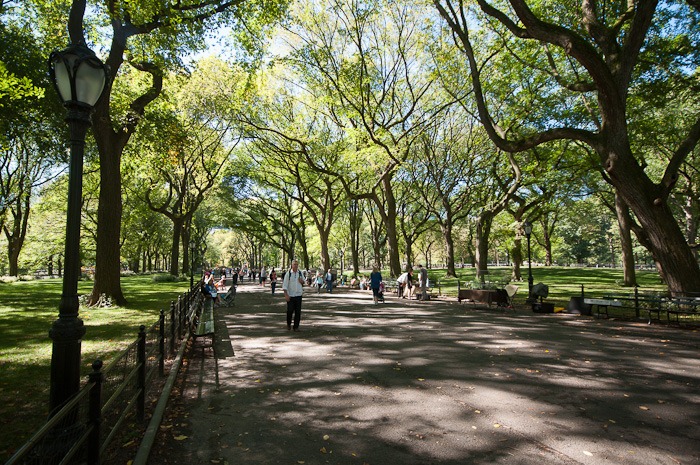 Central Park is just as much alive as last year, but everything was just a little bit warmer and more welcoming. So, why present a second series about the same thing? Well…

The idea is that the very first time you are going somewhere, you just take pictures. With a city like New York, there is not much you can prepare, unless your brain looks like an encyclopaedia. I can assure you that my brain does not

So it was a better idea to get around with someone who knows about the stories of the streets and the buildings. And listen carefully so you can repeat at least some of it. Taking a bigger camera bag and a few extras also was a good idea, even if I looked like a pack donkey from time to time. 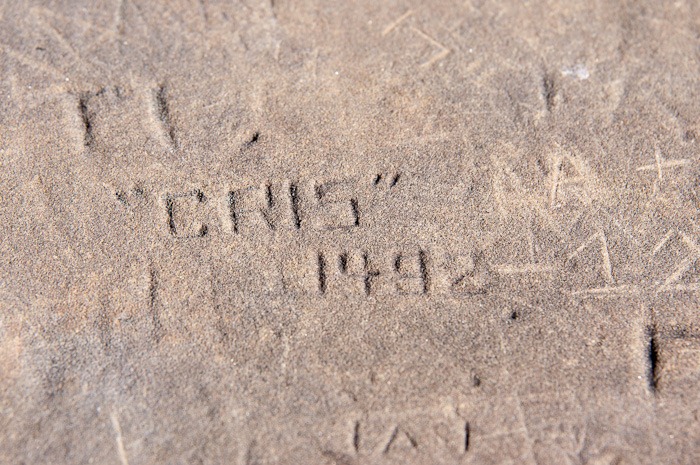 So Columbus left his signature in Central Park upon arrival, eh?

So, some of that history seems to be a bit fabricated… The “Cris” from the above picture would have been Cristoforo Colombo? Not sure that Central Park already existed in that time 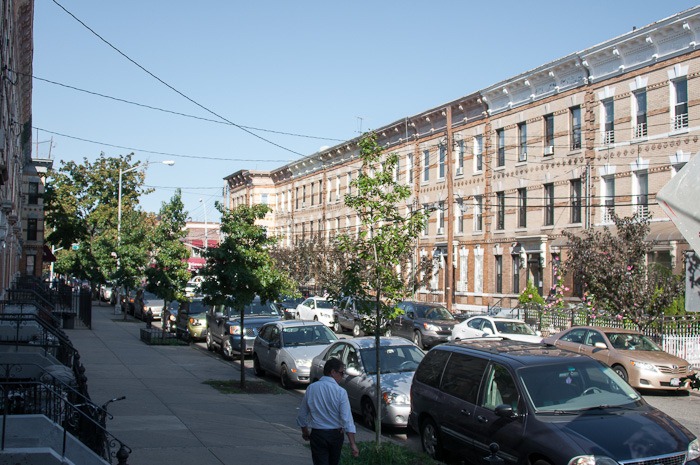 Greenery in the streets

This year I had a hotel outside of Manhattan, for different reasons. The main reason was cost. Now I had 3 nights for half of the price I had last year for two nights. Not a bad exchange. However, the “price” was that I had to travel a few train stations in order to get to my activities. 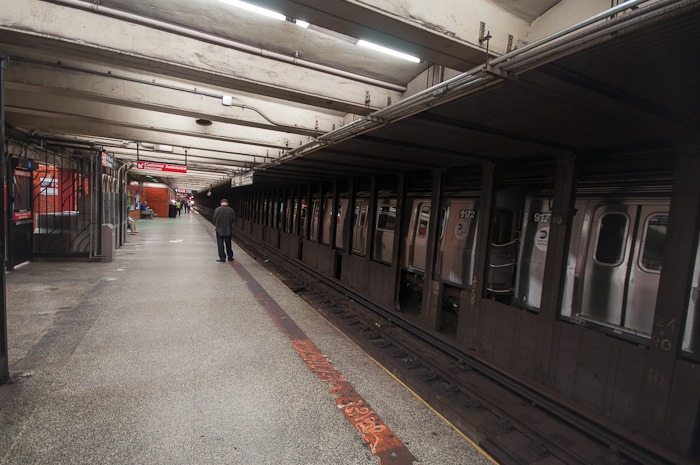 Contrary to popular belief, the trains in New York are not filled with gangsters and thieves. All is safe and clean as well. Trains have air conditioning, a must for the hot tunnels they go through from time to time. No need to advertise the contents of your photo bag though. 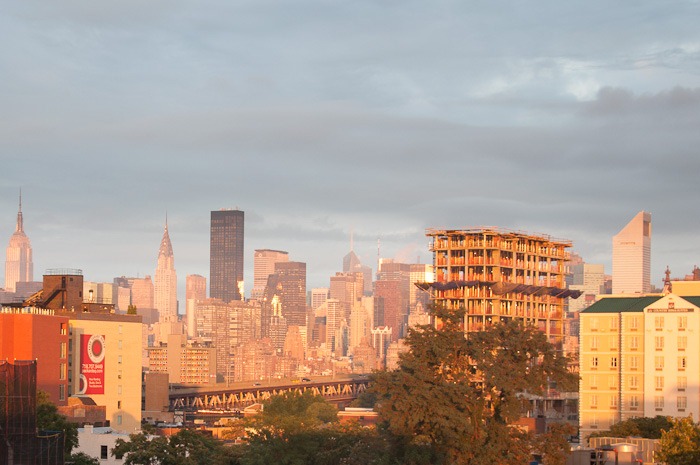 View from a room

The hotel was clean and new, I could say that the paint was still wet. But I exaggerate… The view from the 6th floor was nice, a view on the Manhattan skyline. Construction and destruction (controlled!) is everywhere. The city is alive and kicking. And greenery was still present. Above an early morning view of Manhattan. 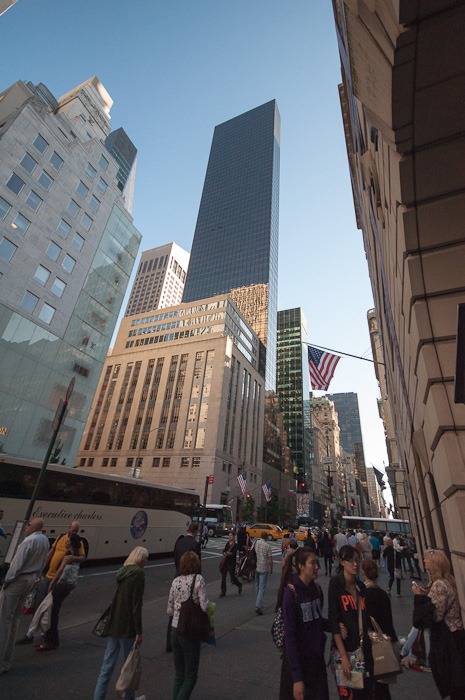 Walking on 5th avenue, yes the famous Fifth Avenue, is a pleasure. Unless you don’t like lots of people in the same place. But who would go voluntarily to New York knowing that he or she does not like city people? Eh?

An added benefit of taking a bigger camera bag is that I also had my 10-20mm with me. Way better for shooting those skyscrapers. It’s surprising what a difference it makes between 18mm like I had last year and this year’s 10mm. 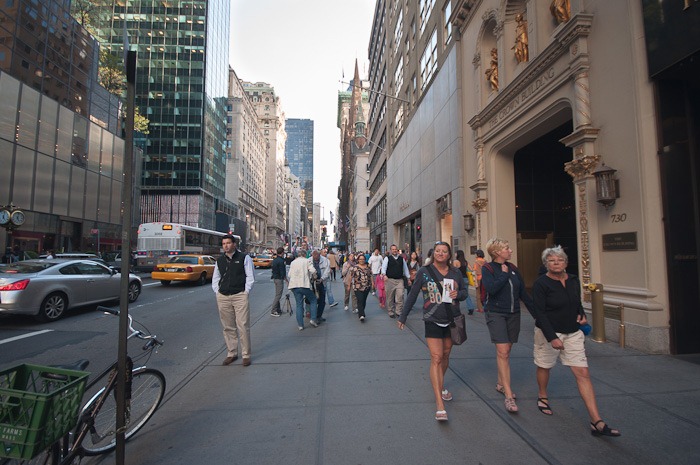 People are everywhere, and to get pictures without them one has to resolve to other photography techniques. Techniques that involve a tripod I didn’t have at that time. So people remain in the pictures. 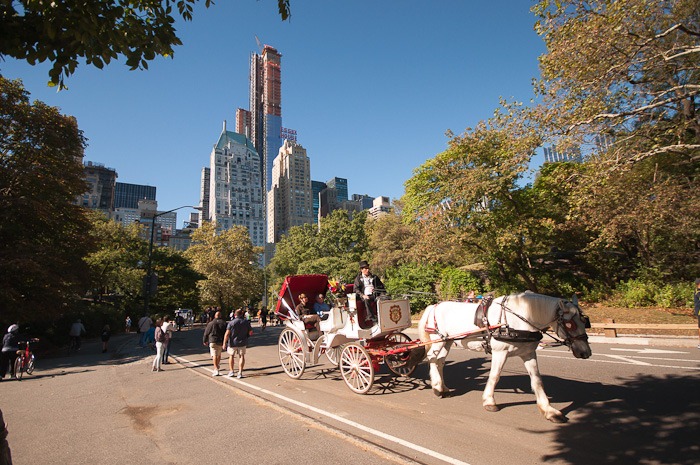 As for the stories? Well, since I cannot make you believe that everyone in New York travels by horse and carriage, I will have to leave that for the next time…