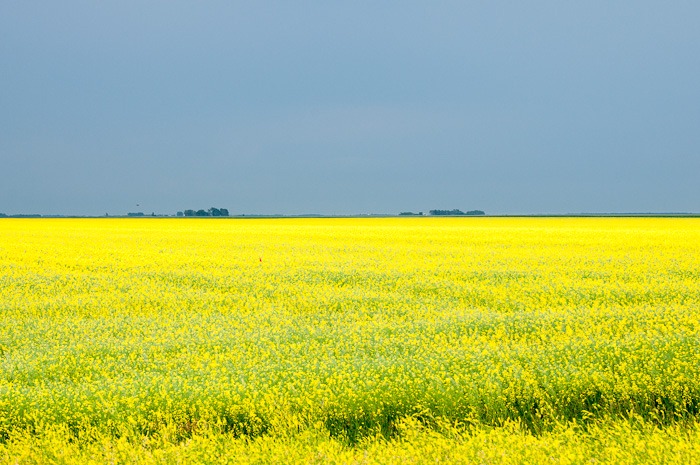 So that incites me to write the second part of the summer post. Seeing and remembering what we did, as well as forgetting what we didn’t do.

Going to a church, something I don’t do very often. The Cooks Creek Immaculate Conception Church has a real relic. Something I had never seen before, let alone photograph. 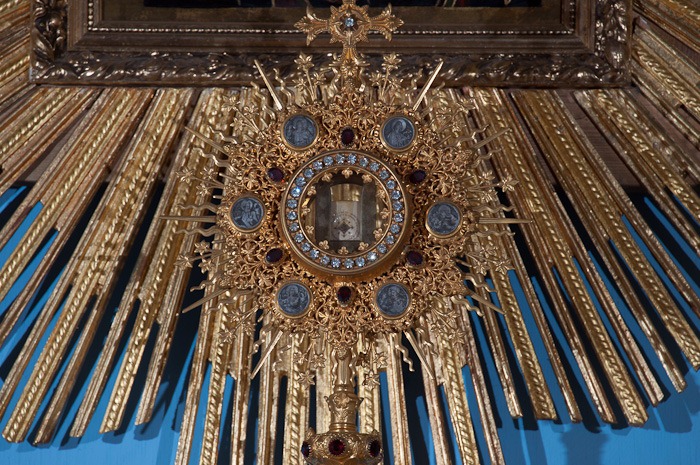 The relic is the small dark part in the center, the surroundings are pure gold and stones. Not your average stones either. A beautiful piece. 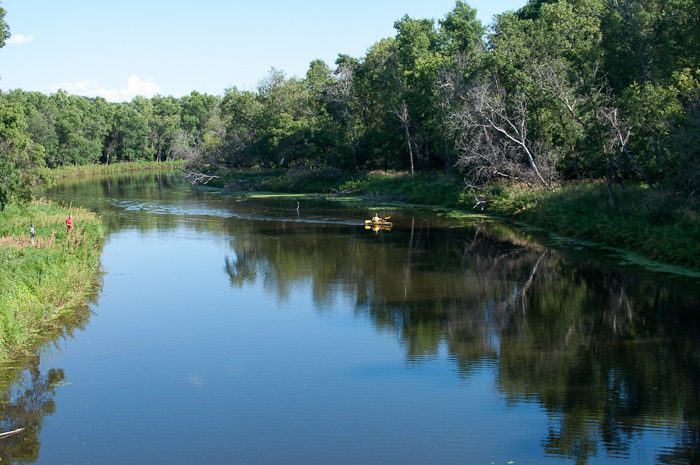 Going to La Barrière Park, south of Winnipeg. Great place to calm down, great place to get some medieval blood letting as well. Although that part was not voluntary. The guy in the canoe didn’t seem to mind all those mosquitoes, though. 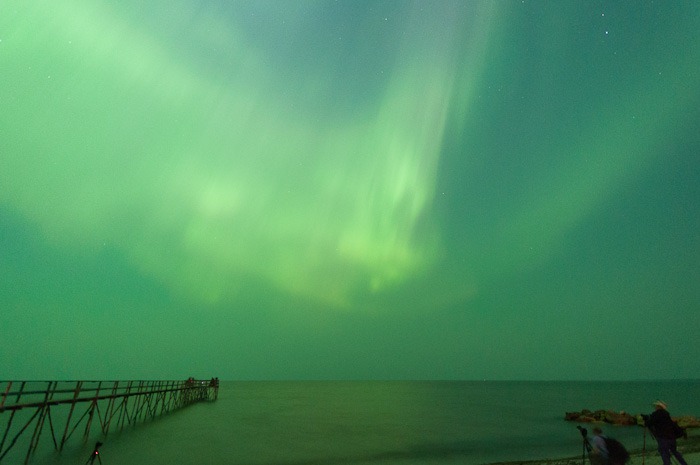 And then, a night out and searching for the ever beautiful Northern Lights. A few days before this happened, the sun spewed out a few billion tons of raw material into space. Some of it was directed towards earth and gave us these beautiful Aurorae. 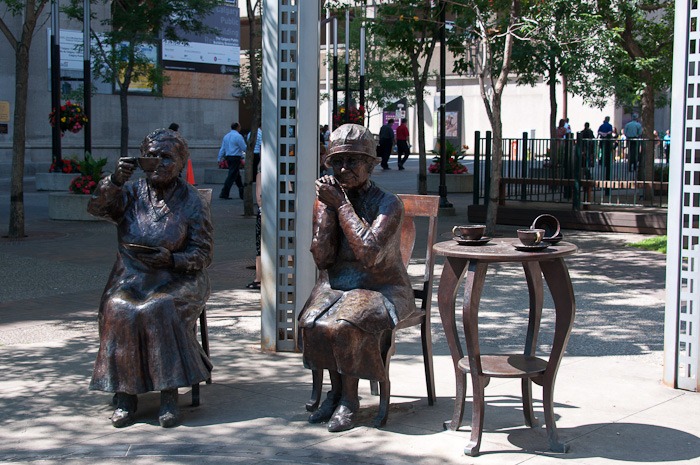 Time to go on some business to Calgary. Business taken care of in minutes, the rest of the day was hot and full of pictures. Above Nellie McClung and her friends, sipping tea and “plotting” the right to vote for Women in Canada. 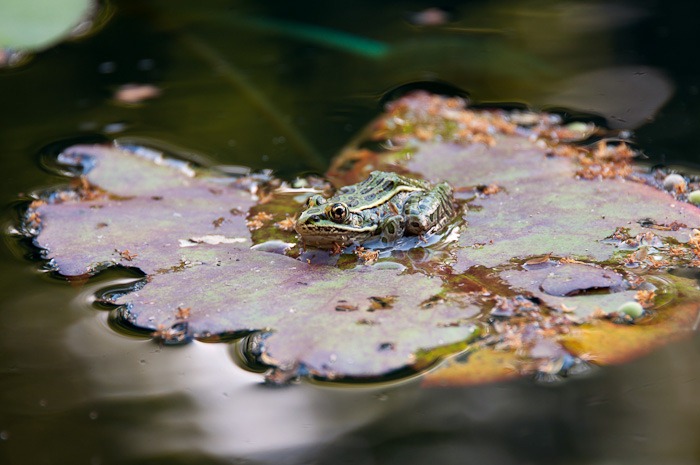 Back in Winnipeg, the frogs finally start to show themselves. For a while I thought they had abandoned the lily pond in the English Gardens, but it seems they were only waiting for some warmer weather. 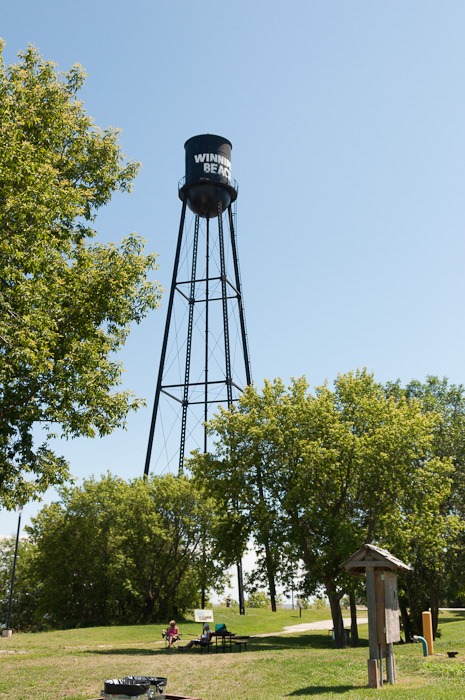 An outing to Winnipeg Beach. Not that Winnipeg has its own beach, though. Winnipeg Beach is located on the south-western part of Lake Winnipeg. Back in the days, this was a park for Canadian Railway employees, now open to everyone. But without the railways leading there. 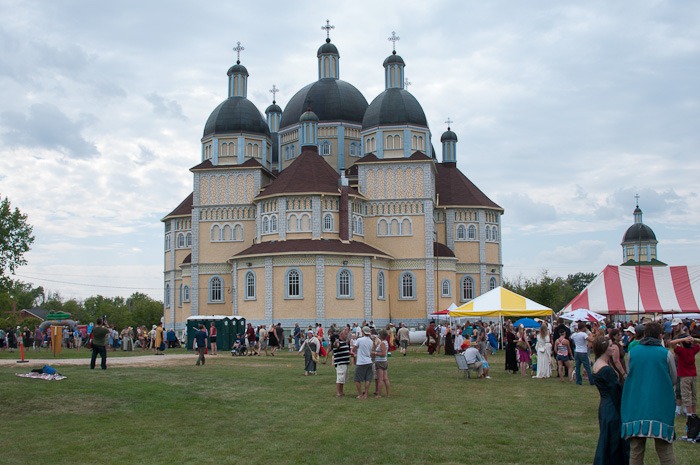 The Cooks Creek Immaculate Conception Church organized a Medieval Festival, as they do every 2 years. It started out fairly cool, but once the sun had burned away all the clouds, the heat also burned us away… 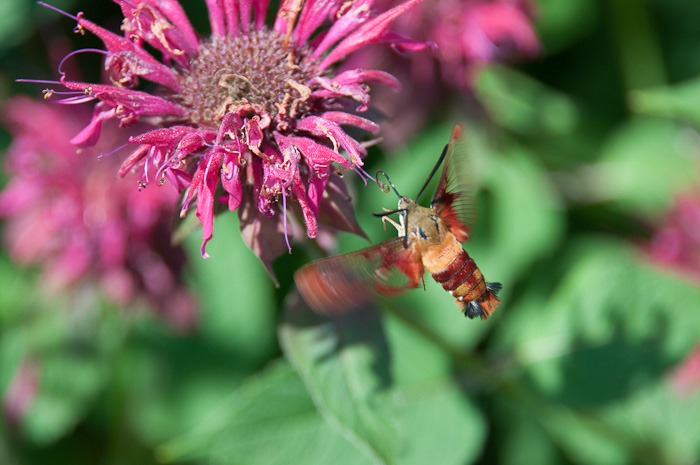 Back in the English Garden, a first again for me: A Clear-winged Hummingbird Moth. A moth of about 2.5 cm long (1 inch). Not afraid of people. 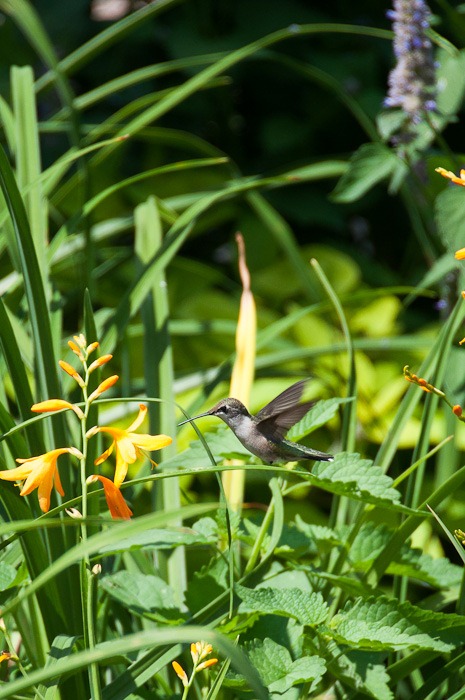 When the Clear-winged Hummingbird Moths appear, the real hummingbirds are not far behind. Since most of the birds go to one specific bee-balm bush to feed, all of the pictures of hummingbirds feature some kind of purple element. I chose this picture because there was no purple. 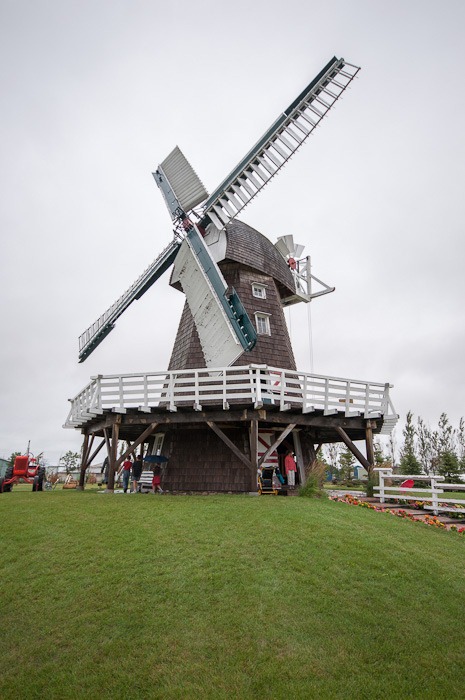 August long weekend. As it begins to be customary, long weekends this year are accompanied by long rainfall as well. The Mennonite Heritage Village had lots of activities planned for the weekend, only to see them drowned in rainwater. The beautifully restored Dutch Windmill was the only one working that day as if there was no rain at all. 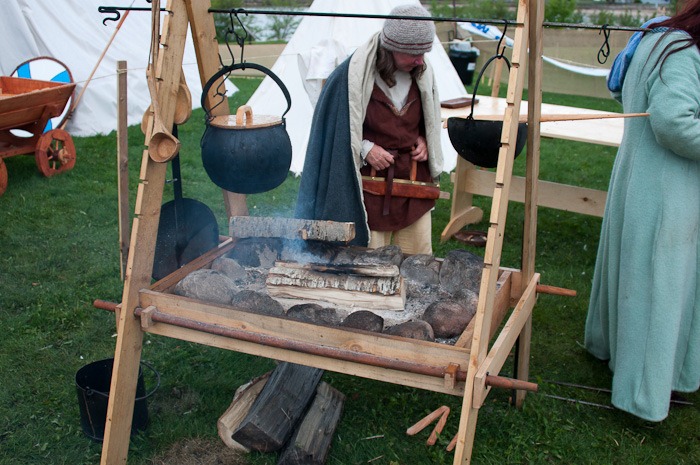 The Icelandic Festival in Gimli was another attempt of Mother Nature to drown the festivities, but she failed. A nice place to go, even nicer when it’s warm and dry. 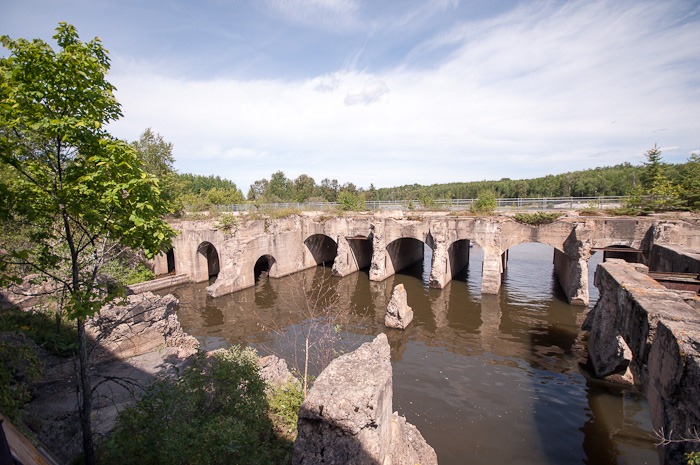 A return to the Pinawa Dam ruins. This time from a vantage point not often reachable. Despite all the rain just before that, the water level was so low that I could walk within the dam and take the above picture. 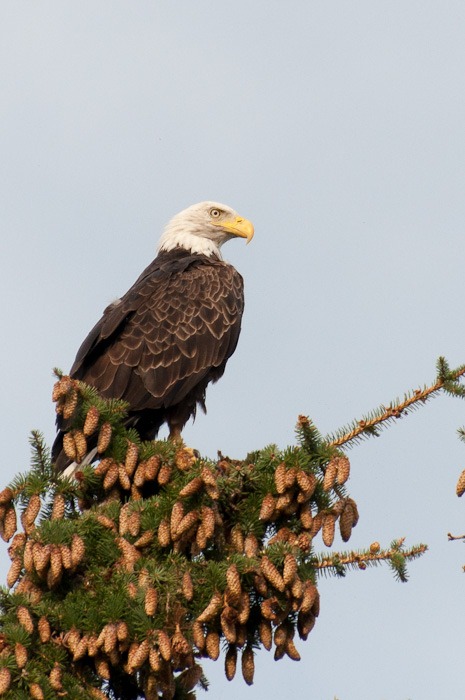 Sudden silence in the English Gardens. I didn’t understand why suddenly all birds were gone and even the squirrels stopped yelling at me. Until I saw the above visitor, high up in the trees. 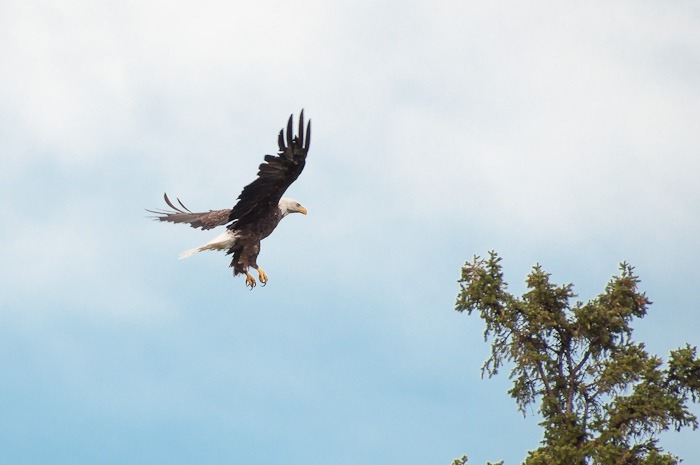 After he flew off, I thought I had seen the last of him, but no. He came back screeching in his usual voice and gave me a great chance to get him in a landing position. 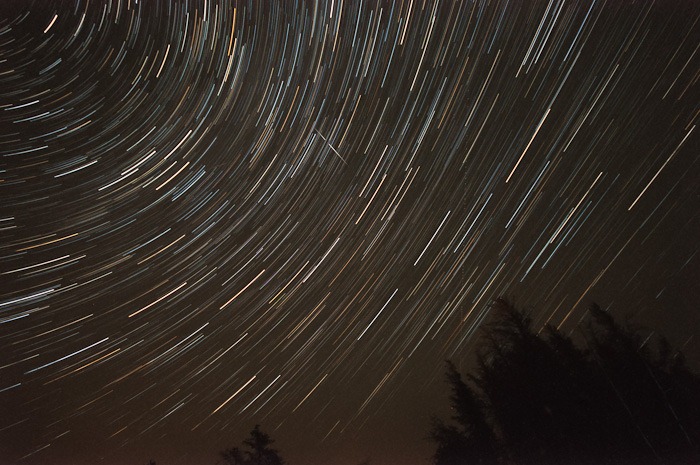 Halfway through August, the Perseids are on the menu. Nothing tasty, just falling stars. Some people claim they have seen hundreds of falling stars in the night, I only caught a few of them on my sensor. 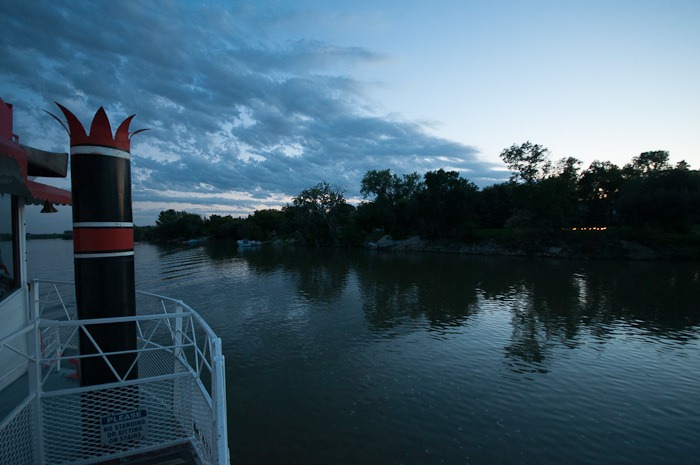 Then a river cruise on the Red River. Not a cruise for weeks, just a few hours. A nice way to relax and enjoy the quietness of the river. A shot just after sunset. 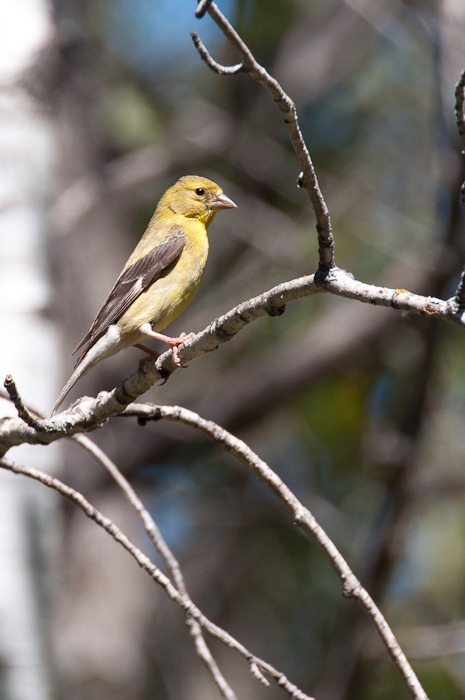 Impossible to have summer and not go to Fort Whyte Alive, a place that is famous for its wildlife and efforts to preserve it. This female American Goldfinch was already changing her feathers to more Fall appropriate colours. 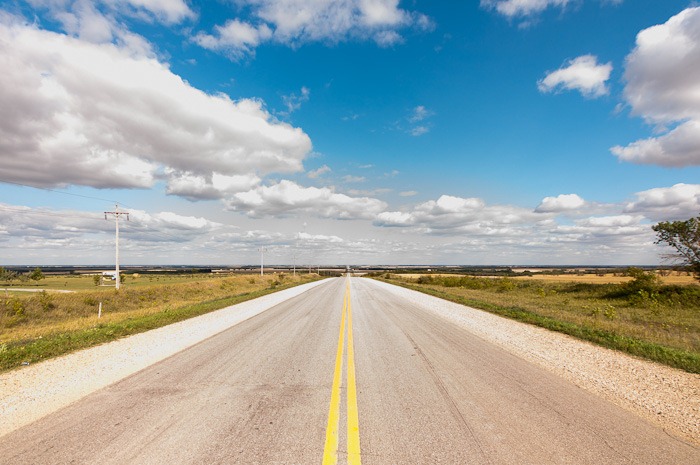 A trip to a Windfarm, where wind is transformed in energy. On the way back, the stunning view of the banks of the old Lake Agassiz. Nine thousand years ago this was a beach, although without people, sunscreen or towels… 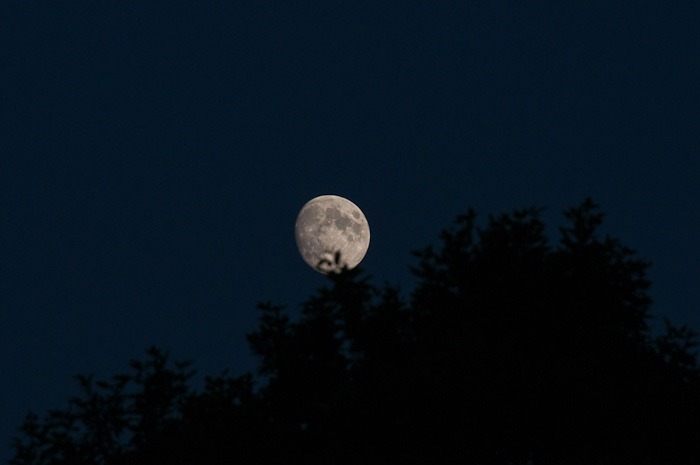 Once at home, the last picture of August, the Blue Moon. The second full moon in the month occurring in general every two and a half years. A blue moon can occur in any month, except February.

So, what do you think? A summer without activities, or enough to look back onto with satisfaction? Whatever you view is, this summer was great and filled with good moments, worthy of a snapshot or a great photograph.