The weekend is supposed to be quiet, no work to be done and no hassles. While everyone agrees with that, not all weekends follow this excellent rule. 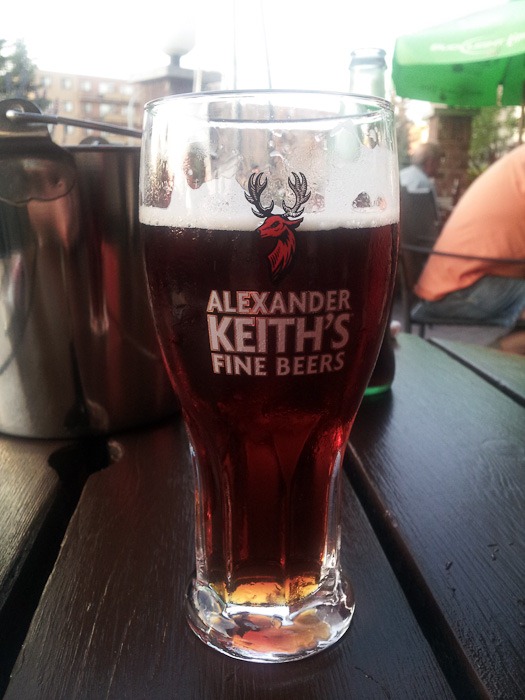 My weekends lately didn’t even hear of it and followed their own rules. Except this one. At last a weekend filled with family life and relaxation. Here are some impressions of the weekend.

The first thing to do is a walk in the park. Well, not quite. The first thing was to go shopping for groceries. Not in an overcrowded supermarket though. The St Norbert Farmer’s Market is a way better place to spend a few hours. 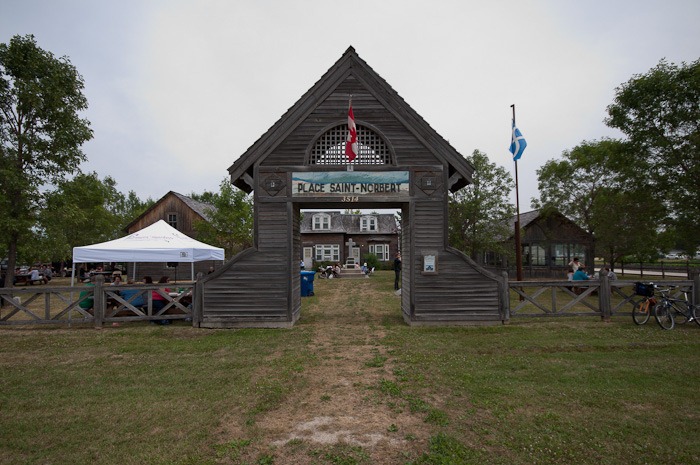 Although after those few hours, the time to be at home on the couch for a few minutes is also welcome.

Staying home for a weekend that was announced with temperatures below seasonal was of course out of the question. No way to keep me inside. 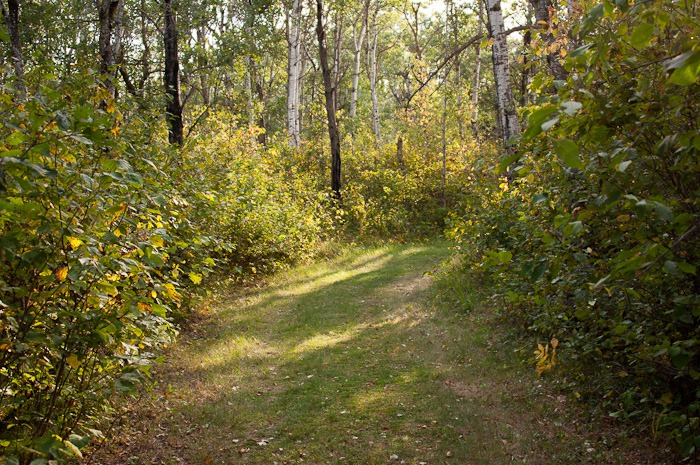 Light in the bend

So after a quick rest while my wife was putting away all the groceries, we headed out to Birds Hill Park. Time to see the fall colours. It is difficult to catch the feeling you get when those colours are lit up by the sun for a moment. In the above picture things are still pretty green, 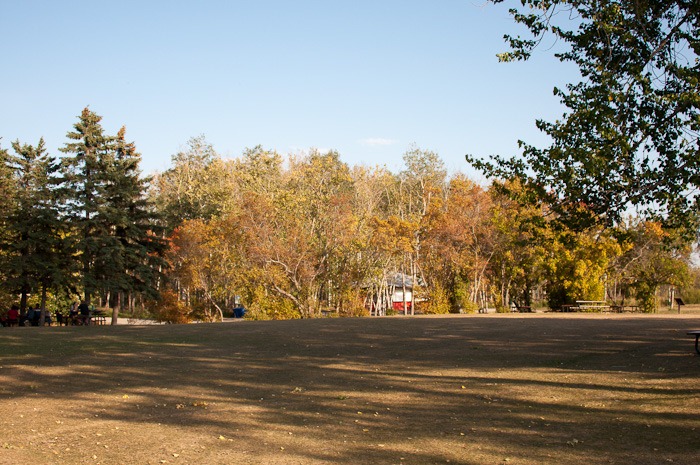 but near the “lake”, things are getting more serious. The hot-dog stand (hamburgers, dogs, fries, ice-cream etc stand) is now closed. No more waiting in line for hours to get a hotdog… Wait, there is nothing to be had at all. That might explain that 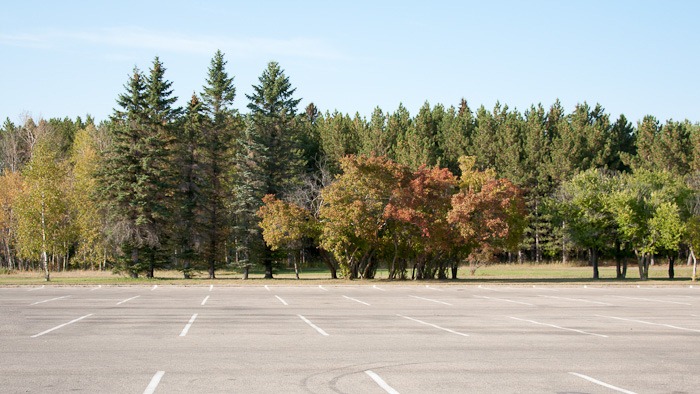 Back to the parking lot. After a lot of effort to keep my own car out of the picture, I managed to get this shot. It shows really well that fall colours are now on their way in. 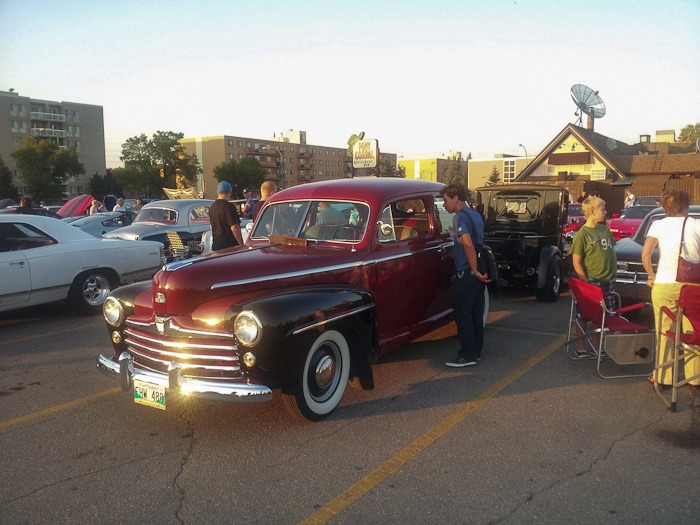 Back on the way home, we crossed the car exhibit at the Pony Corral on Grant. So I shot a few pictures there too. 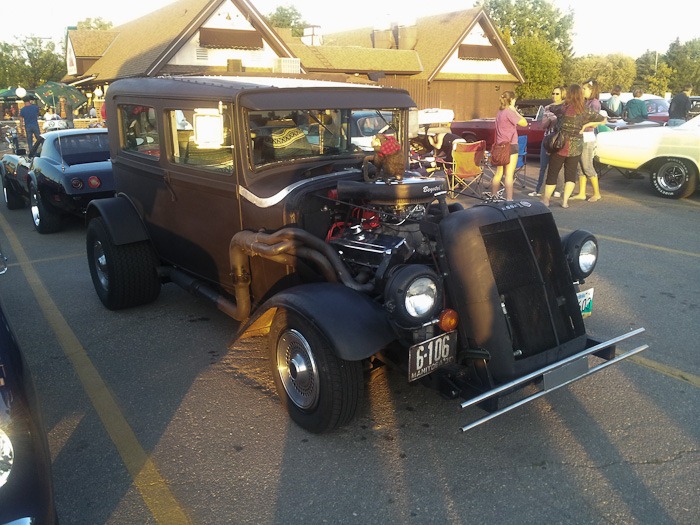 As usual, I know not enough about cars and their history to say something really interesting. But there is one thing I can say about those cars, and that is that these are all beautifully restored or rebuilt cars from a not so distant past. 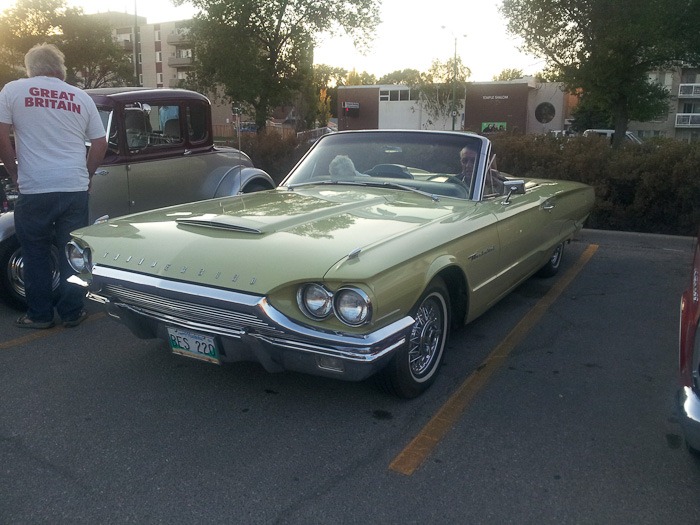 This thunderbird still looks amazing, and if it’s restored, then it looks amazing again. In fact all these cars have something special. It’s something you cannot always put your finger on, though. 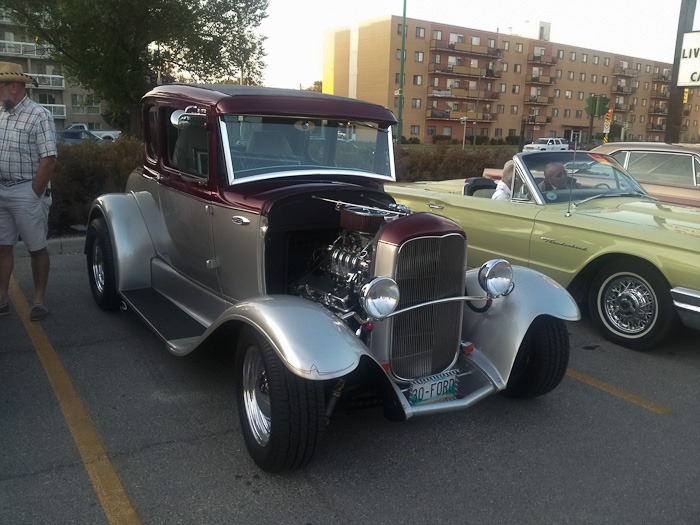 Ok in those years these cars did not really look like this, I can imagine that. They also had more bodywork than is shown today. The 30’s Ford above wouldn’t last one Winnipeg Winter, dressed like that… 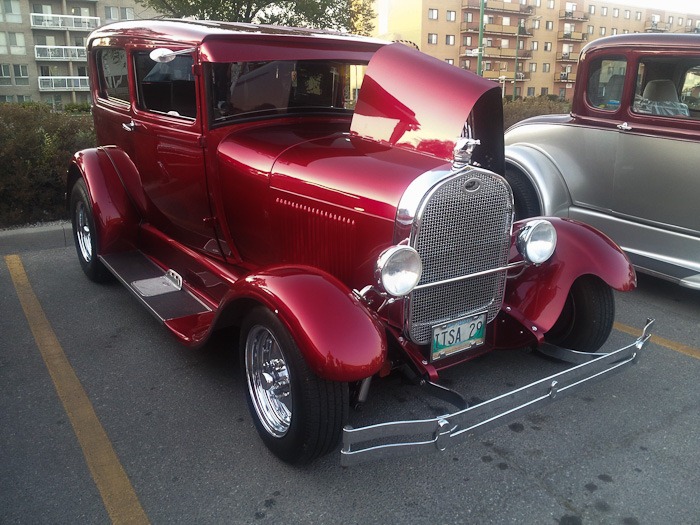 So why is it that everybody likes these cars? My guess is that these cars still show the character they got when they were built. Something modern cars lack. I mean character. Today it’s about being economic, being #1 in sales and on the stock market. But are modern cars so much different from one another? I don’t think so. It looks more like a mass soup to me, with a few exceptions, of course.

Those are thoughts that also come with a quiet, busy weekend, away from job and work. And while some of these pictures were taken with my cellphone, eh, smartphone (why does it have to be smart again?), the cars are beautiful, the beer was good and the walks…

Just ideal for a nice weekend.