Running out of gas at a wind farm…

Yeah, it happens. Today I wanted to go to St Leon’s Wind Farm in Manitoba. Shortly after arriving on the scene, my gas light comes on, telling me that I have only a few miles more to live. 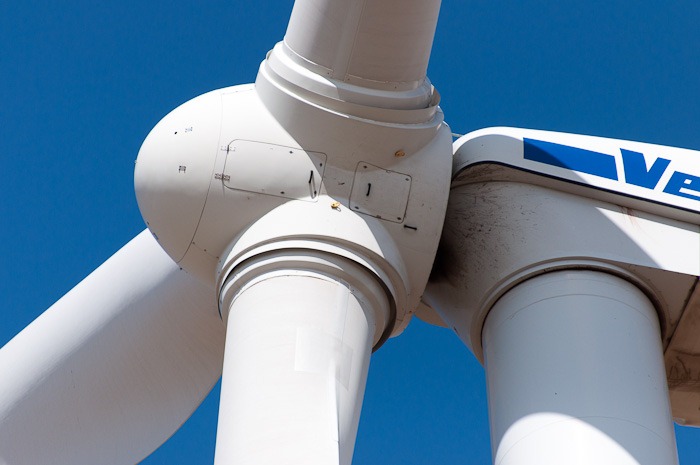 So, I tried the gas station in St Leon. Closed. My GPS tells me the nearest gas station is 10 miles away. On my way there, the ads on the side of the road tell me that here is the place where they create free energy. That helps

(and less boring too), I got my gas five minutes before closing time. The tank can hold 15 gallons, and took 14.8… Thanks GPS!

Back to the wind farm. For those who do not understand the term wind farm, it is not a place for cows with wind problems. This is a place where wind is converted into electrical energy by means of modern windmills.

Here are a few facts from the St Leon wind farm. There are 73 turbines in action, each of them 80 metres high. The blades are 41 metres long, making the highest point of each windmill a little over 120m. 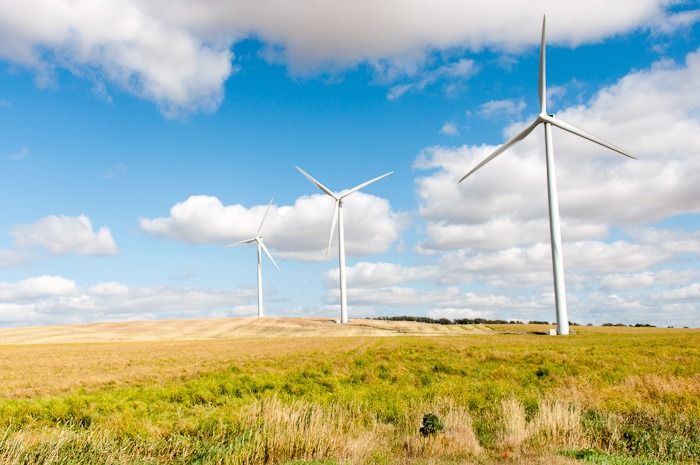 Gigantic, even from far away

One of those blades sweeps the area of a football field. Now if only they could use them to cut the grass…

On average, 90% of the time these turbines produce electricity. The remaining ten percent are possibly below –33C or for maintenance. 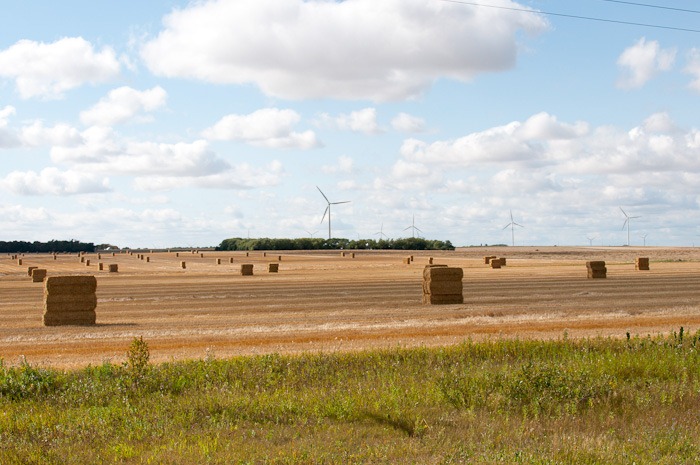 The wind mills are owned by a fund, that sells the electricity back to Manitoba Hydro, who makes it a pleasure to sell it back to us.

When you drive by from far, you can see the wind mills. When you get close, you still don’t really have an idea of how big these things really are. When you stand underneath one, you still need some scale. The fun here is that the top part with the electrical generator is about 6 metres high. Yep, that’s that little “box” at the top. Big enough to hold your entire apartment. 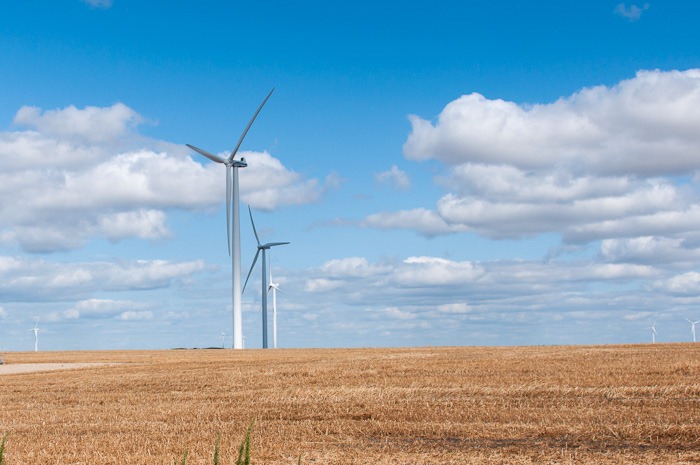 There are 73 of these

Then there is the sound. Who thinks windmills thinks silent mills, like the old ones in Holland or in the Mennonite Heritage Village. Not these guys. These are pretty noisy. If I didn’t know where I was, like at night for example, that swooshy sound would freak me out.

And then, they’re squeaking too. From time to time, the heads need to be adjusted so that the blades face the wind. That is definitely not a silent affair either. All in all, blindfolded taken to that place, I would feel myself in the pit with the pendulum from Edgar Allan Poe. 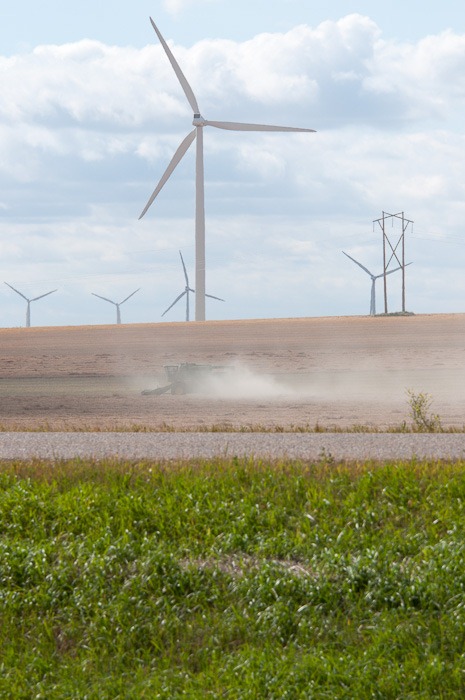 But it was daytime, I was driving, so not blindfolded either. Nothing to worry about

What to do with a bunch of rotating windmills during daytime? During the night, you can shoot star trails or the Milky Way with a windmill in the foreground. You can even light it up in the dark night with a simple flashlight and create something interesting.

You can do a time-lapse. Even during daytime that works. So I shot 340 frames at one second interval.

This is the result, not too bad for a little work with an interval metre…

But there is only so much you can photograph there if you have no access to the interior of those mighty machines. 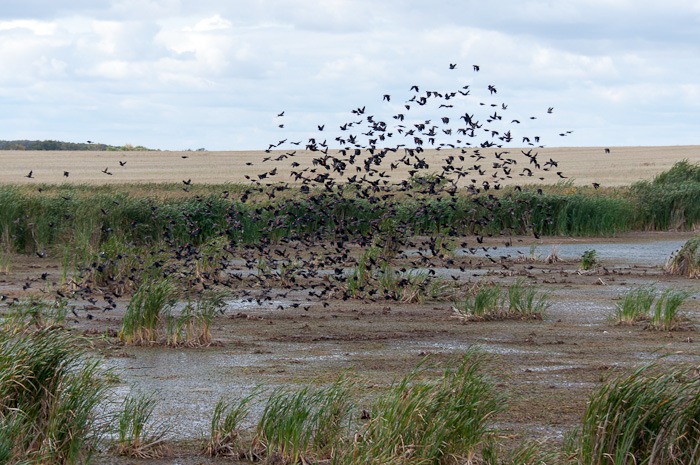 So as usual I went for the birds. I spotted a small pond filled with birds. From far, I can’t see that well, let alone identify birds. The second I got out of the car they decided to fly away. All together. I can’t imagine I smell that bad… 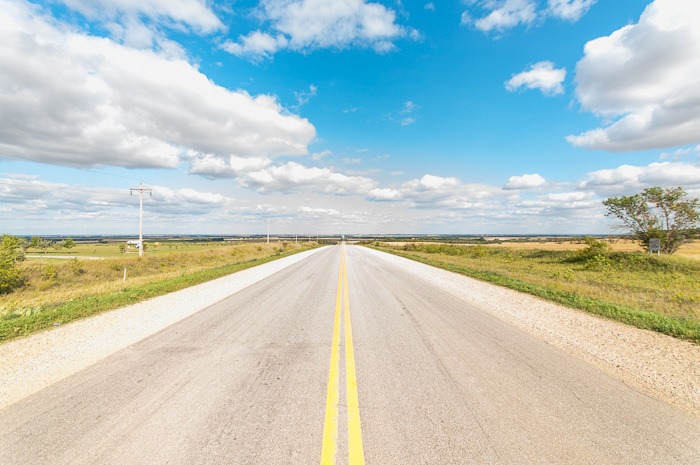 Drop to the lake bottom

On the way back to Winnipeg, the road (Hwy 23) drops from the banks of lake Agassiz to the bottom. An overall drop of around 200m, luckily not all at once. It is pretty difficult to photograph the impression that this drop gives. I think I will have to try again, one day.