As a photographer, be it pro, amateur or a mix of both, you always need to have your eyes open. Small details in the landscape can make a great picture. 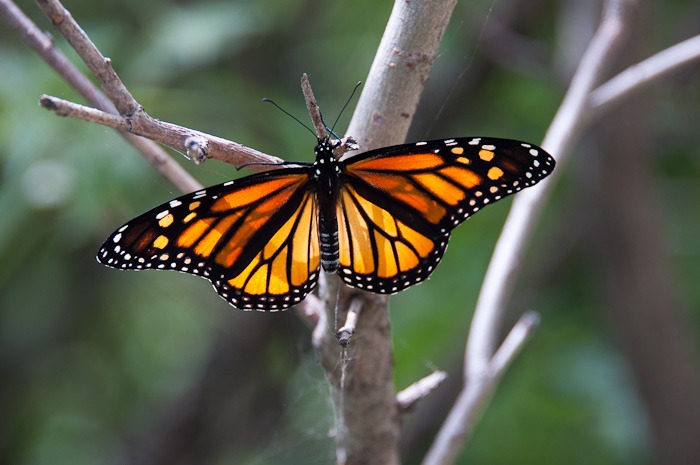 But you also need to have an image of the landscape by itself, without the tiny details. I tend to focus on a lot of details and so I have

to keep my eyes open to whatever presents itself. That precludes late night parties. The next day I am always half awake, no good for any pictures but landscapes 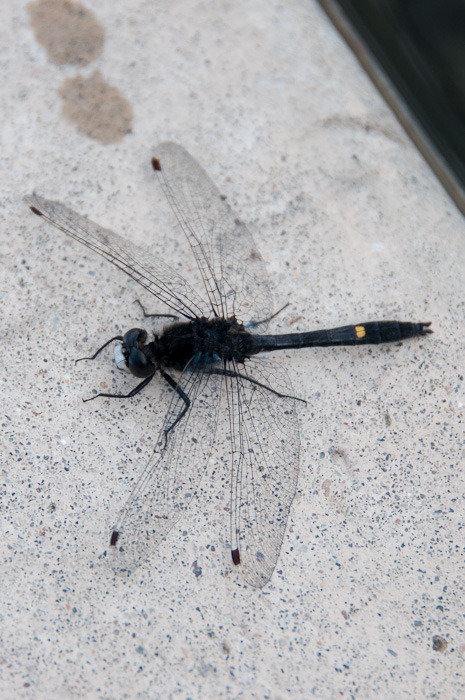 The image quality of this lens is amazing, way better than the 18-200, which was already great. So this 28-300 let’s me get quite close to the smaller subjects in nature, without scaring the daylights out of them. In other words, they don’t fly away before I have shot them. 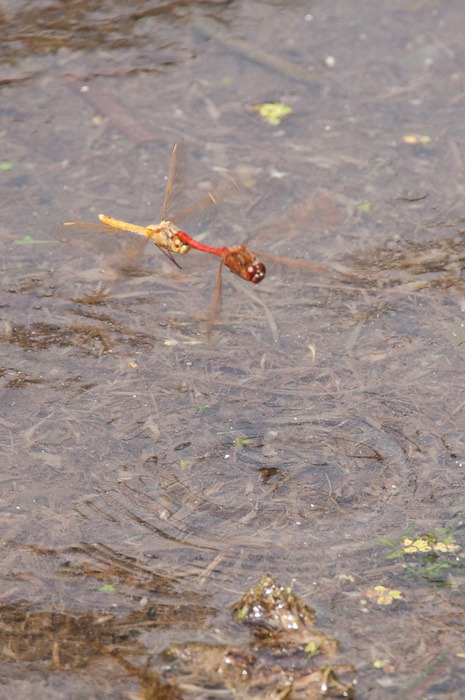 Sometimes, being too far away may cause some problems. These mating dragonflies were constantly dipping in the water and flying up again. I guess that’s part of their ritual, but I had quite some difficulties to get them in focus and up close. 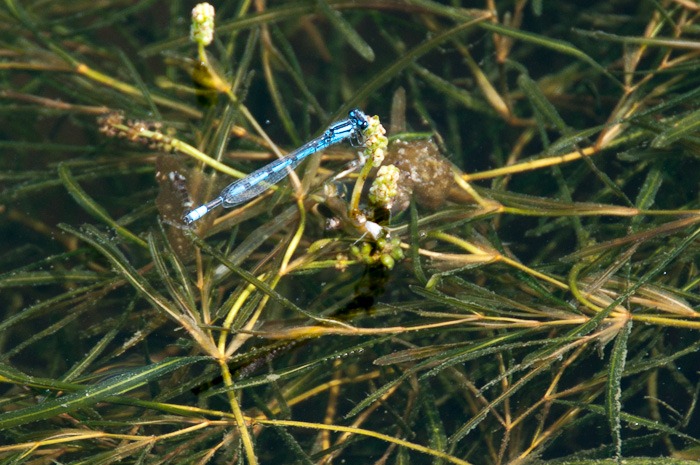 Another picture I never got right was of a damselfly. Somehow they always seemed to be blurry, even if they were seemingly sitting still on a leaf. This time I got one. One. 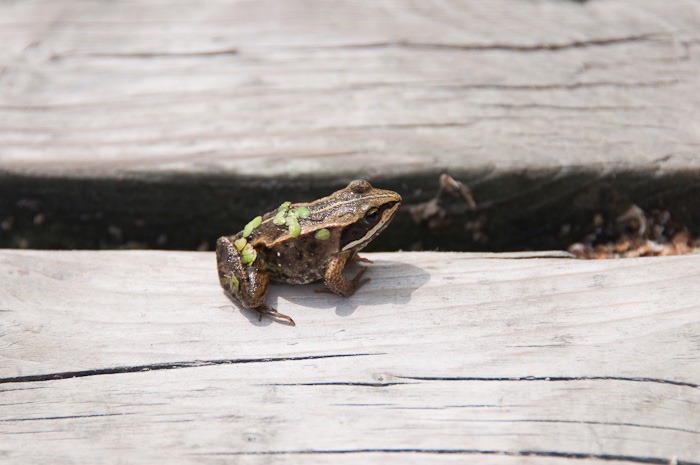 On less fruitful days as far as flying animals are concerned, I can get away with some crawling or jumping animals. The above frog for example, didn’t allow me to get very close, but the 300mm did a good job of not frightening the little guy, or girl, I don’t know. 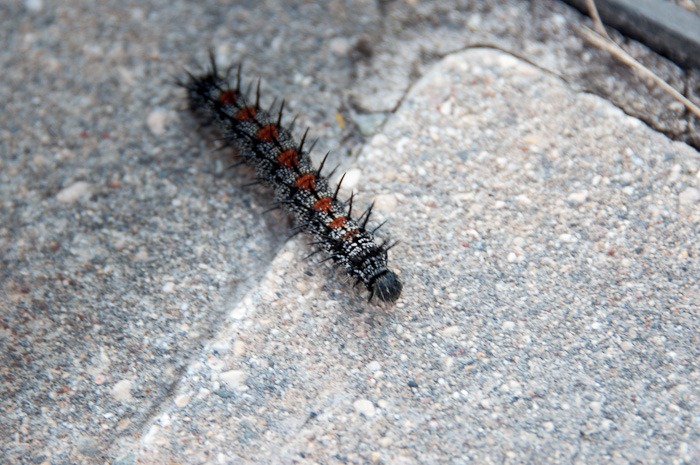 The crawling guys seem to be the easiest. But only on the surface, the above caterpillar was quite fast. The low light condition (near dark) made it quite difficult to get a good shot. Taking out my speedlight and lighting it would have worked, but the result would also been an empty frame. 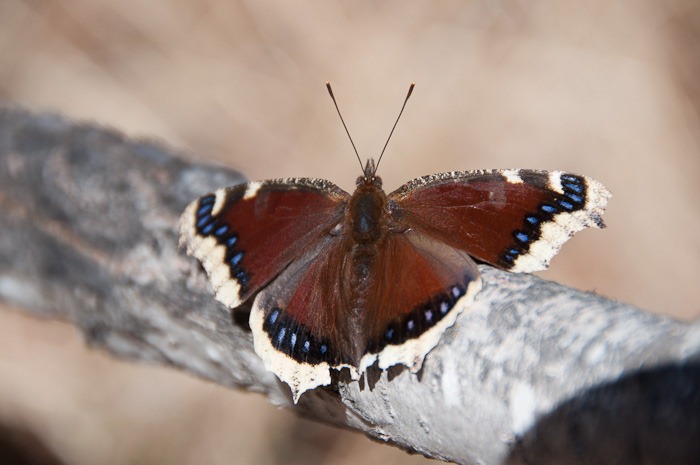 For those who wonder what this monstrous looking caterpillar will become in the future, here is the answer. It will become a nice Mourning Cloak butterfly. 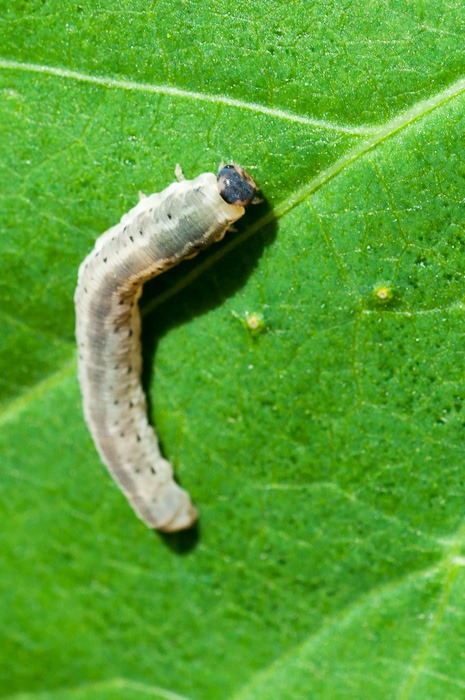 This translucent little caterpillar was too busy eating to notice me. I took it with a macro lens, but visibly I still need some more practice with it to get the real good shots. Also, I have no idea what it will become.

The lead picture of a Monarch butterfly was taken against the sun, leaving the shadows of the small branches on which it was sitting cast a shadow on the wings. That one was taken pretty up-close. 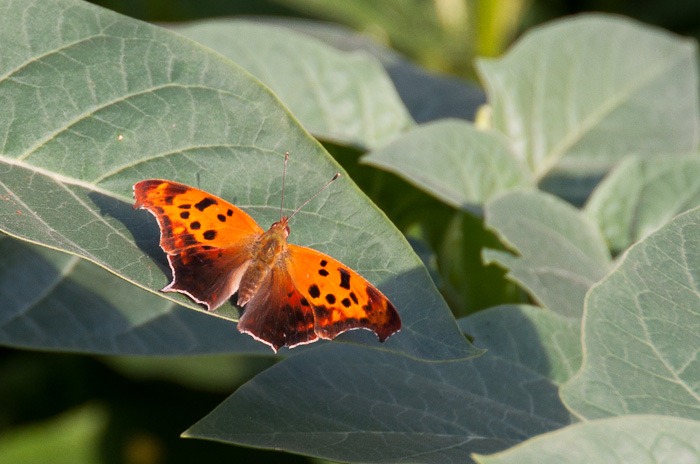 Eastern Comma in the evening sun

This Eastern Comma on the other hand was sitting nearly 4 metres away. Needless to say that, again, those 300mm came in handy. Once I had taken this shot (and a few more), I tried to get closer to it by using my feet. As soon as I got about one metre closer, it flew up and away, never to be seen again. 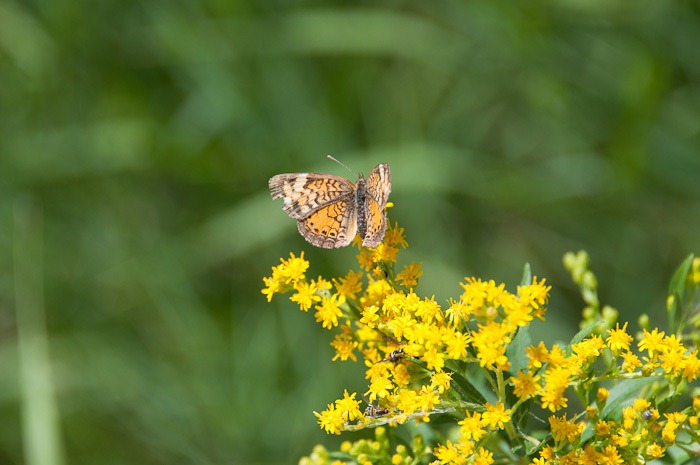 With the current heat here in Winnipeg, all those butterflies are frantic and flying around as much as they can. I tend to slow down when I’m overheating, but those butterflies? No way, they go faster and faster. I was lucky to get a shot of this worn out Pearl Crescent. It must have been sitting still for about 2 seconds before it took off again.

In the end, it boils down to this: Keep your eyes open, and be ready for anything. The more you look everywhere the more you will see and photograph. It’s a question of practice.