The Ukrainian Catholic Church of the Immaculate Conception, constructed in stages beginning in 1930 and consecrated in 1952, is situated on Road 212 in the village of Cooks Creek. 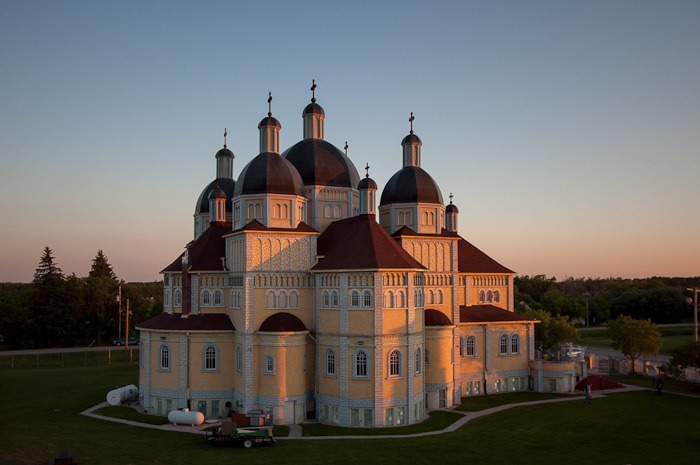 I have been a few times to this church, always in daytime. But in the evening, during the golden hour, silver hours and whatnot hour, this church becomes really beautiful. Come in and take a look!

“The Ukrainian Catholic Church of the Immaculate Conception holds important connections to a significant era in Ukrainian church construction in Manitoba, as well as to its noted priest-architect, Father Philip Ruh, O.M.I.. One of the largest Ukrainian Catholic churches in Western Canada and one of the impressive `Prairie cathedral`-style churches in Manitoba, the building exhibits a formal approach to design that follows the dynamic forms and colours of Ukrainian Baroque churches coupled with a wealth of other architectural motifs and elements - all carried out in concrete, stucco and paint. The vernacular is innovatively fused with Ukrainian motifs, while the basic materials are enlivened with faux finishes in emulation of the richness of grand European churches. The structure was almost entirely hand-built by volunteers (including Father Ruh) and local artisans painted the elaborate interior. Father Ruh, who is buried in the nearby church cemetery, is credited with designing more than 30 churches from Alberta to Ontario, each a distinct interpretation of his `Prairie cathedral` aesthetic. “
Source: Manitoba Heritage Council Minutes, June 22, 1984

Ok, so now we have this out of the way, we know how this church came into being. It’s not a very old church, a mere 70 years, give or take a few. 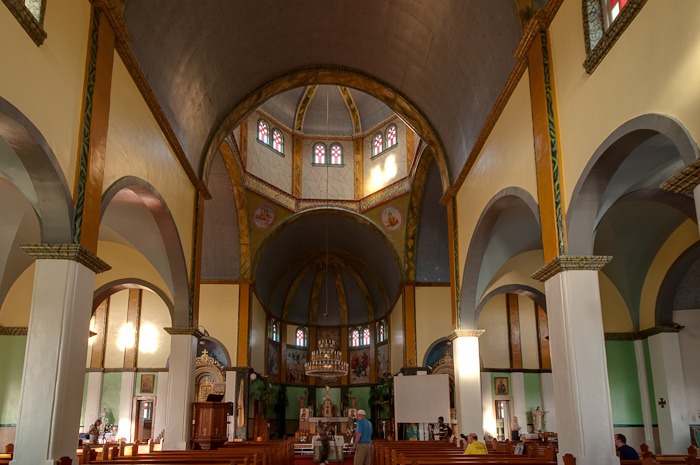 View from the main entrance 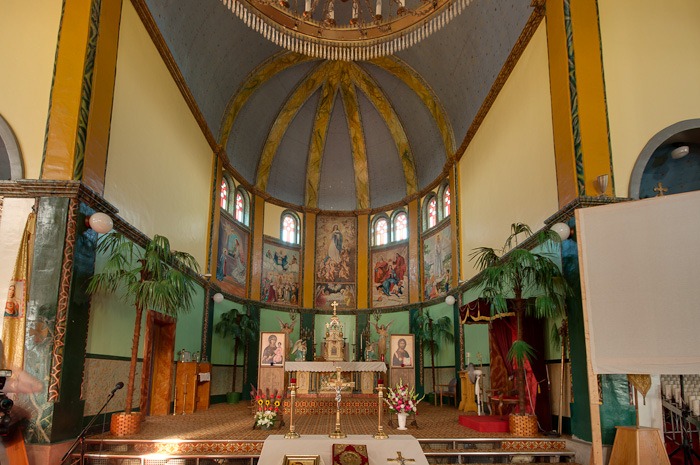 It’s easy to compare the old Ukrainian churches and this church. You will find that the newer version shows things differently.

Yet, both the old churches and this one have lots of things in common. Churches were not built to impress but more to worship. Material in that case is not an issue. Using concrete or heavy sandstone has the same result. 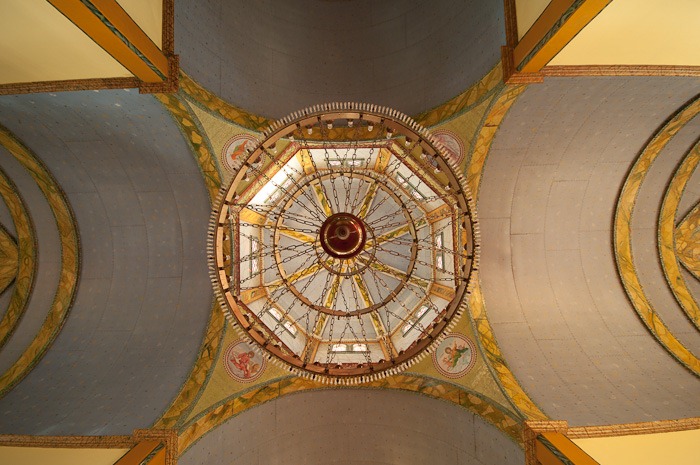 The church was built by people who were into building it for the religion; they didn’t mind putting in time of their own. 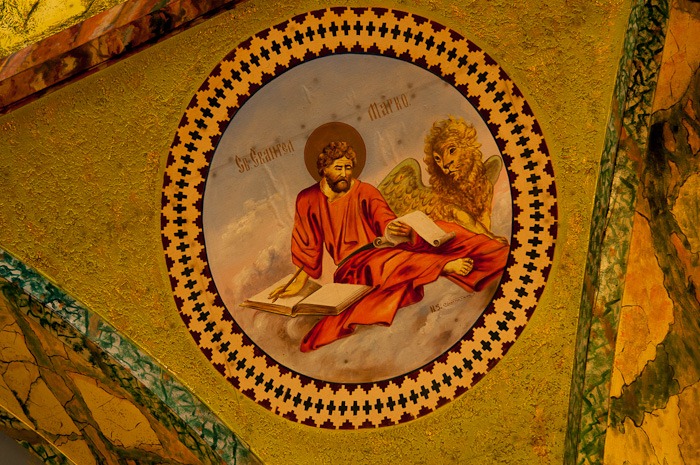 Details like these show that the artists did not always have the models they needed. Here, St Mark, writing his gospel. On the day this picture was taken, this artwork was just 7 days shy of its 72nd birthday 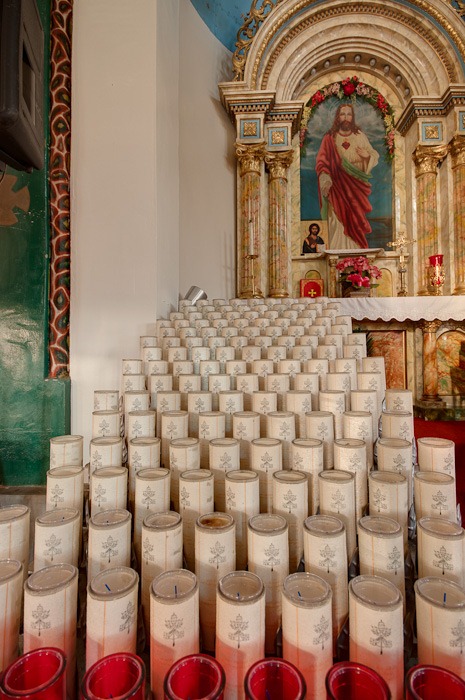 I’m not sure about the significance of all these blown out candles. Usually they are all lit and old ones promptly renewed. Perhaps it was because Cooks Creek’s Church is closed during the weekdays; leaving them burning would represent a big hazard. 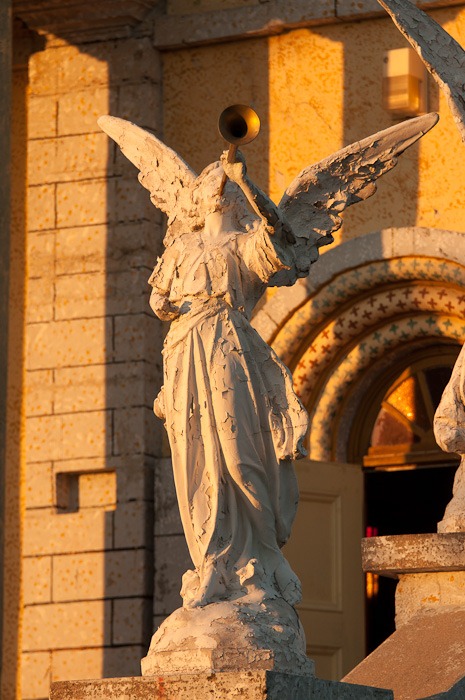 Being made from concrete, the church *might* disappoint some people. They will want the old granite and sandstones. But one should not forget that this church was built between 1930 and 1952, a poor period in the history of the young Manitoba, and concrete a state of the art material in that period. 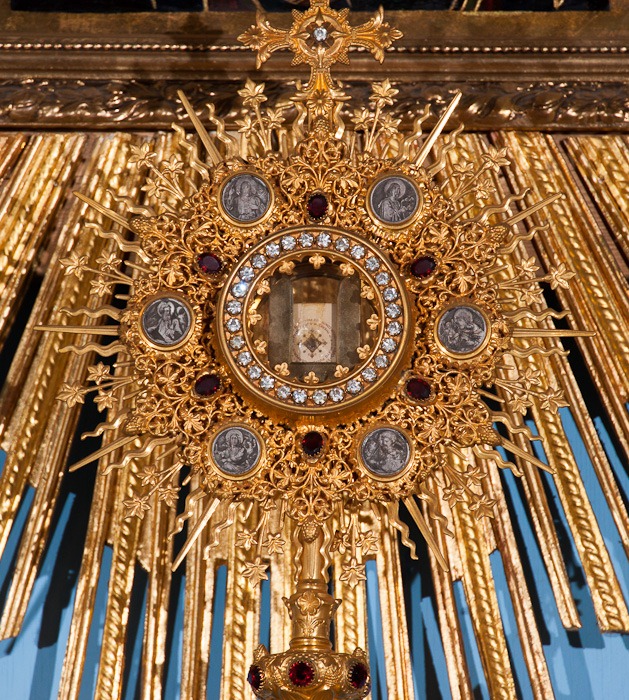 However, the church does have its own golden works of art and worship. On the partially readable inscription on the package inside this massive golden artwork, you can read “Pulveri … Corporis … St Theresa Quem residuum …”. Other inscriptions I could not read. So this is a genuine holy relic. Not something you find in every church in the country! 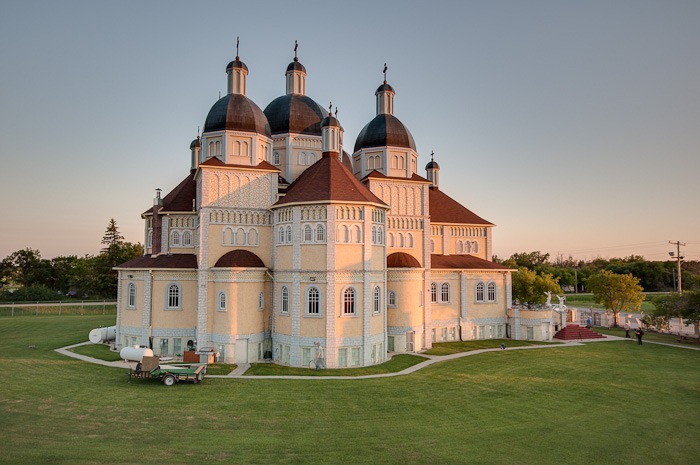 HDR overview of the church

Once back outside, a HDR overview of the church is something nobody can resist. It gives a good idea of what this church represents for the local and surrounding towns and villages. It is really a great work of art, inside and out. All made for worship, not for the sake of art. 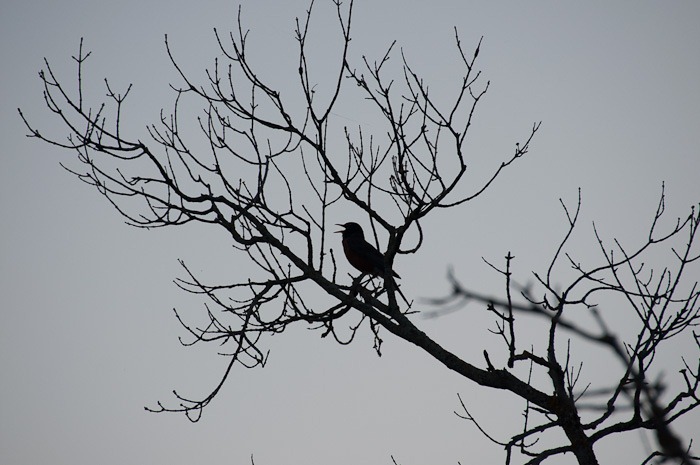 American Robin, singing its heart out

Usually in churches, you can hear some kind of singing, but this evening the church was opened especially for us, photographers. Therefore the only singing I could hear was from this Robin, in a tree nearby.

If you ever get to Cooks Creek, in itself already a historic place, don’t miss out on the Immaculate Conception Church, it is well worth the visit, even if it is not of your own religious conviction! And remember, the birds sing for everyone.