Ok, a little late, now that Canada Day is over, but I wouldn’t want to serve you last year’s pictures…  Even more, last year I had no opportunity to partake in the festivities. 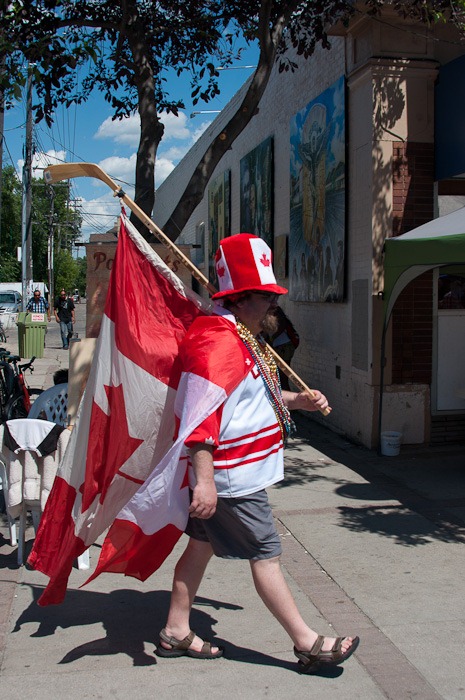 Moving from one apartment to another came first. And once it was done, there was no energy left… So this year, Canada Day was definitely not going to pass me by unnoticed.

Most of the festivities we heard about were in the central part of the city. Osborne Village had closed off one main traffic artery in the city. Lots of things to see and do. So this was a perfect time to do a little street photography. 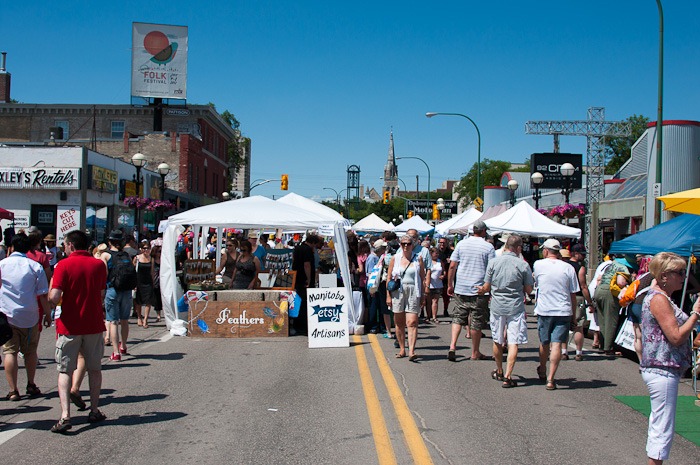 Street full of people and activities

On occasions like these, nobody is going to complain that some guy is taking pictures. Anyway it was too hot to complain in the first place

. With a generous +32C everybody was just soaking up the rays. Or roasting alive, depending on your point of view. 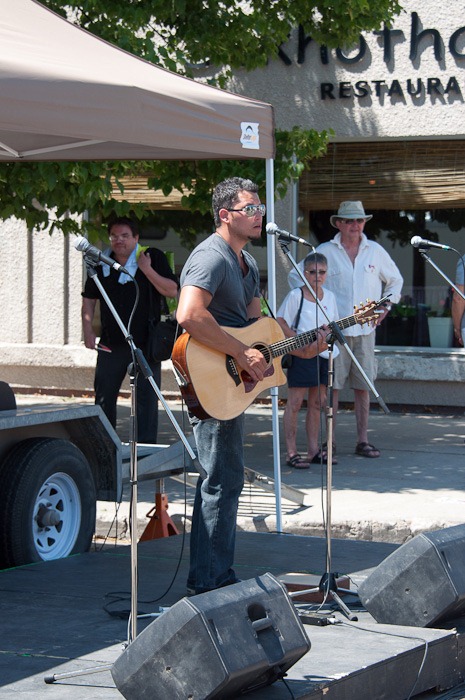 Of course there was music everywhere, some played for free, others played for money. We opted for the free music this year. This musician was fairly successful, he even got people to dance in the heat. 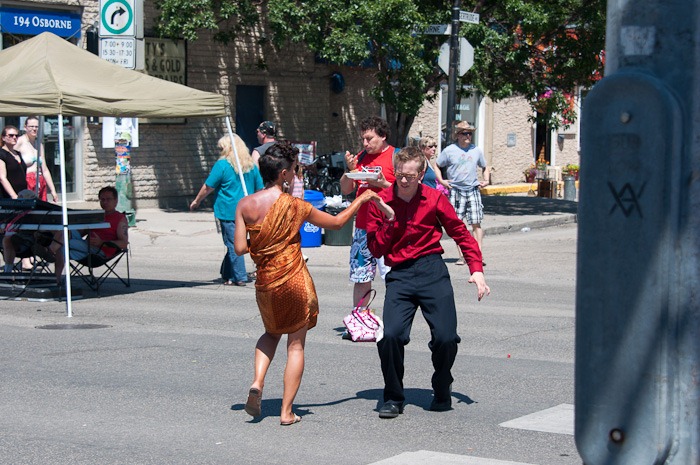 Ehm, dance in the street… By +32C this was quite the performance. 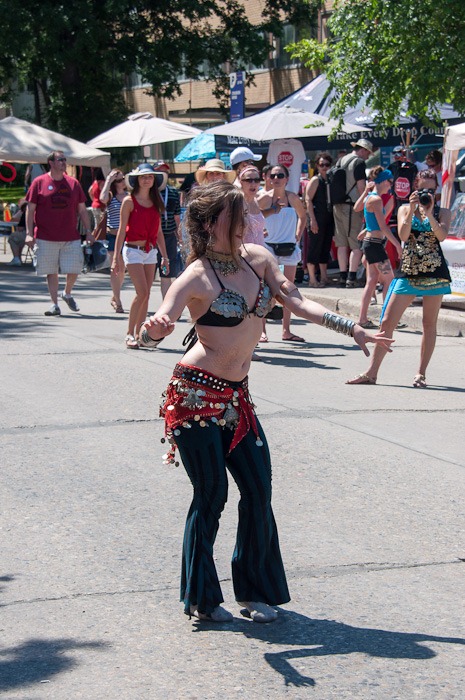 Others were doing belly dancing, something I had never seen live before. It’s quite interesting to see muscles move I didn’t even imagined existed in the human body… Always something new to learn here in Canada! 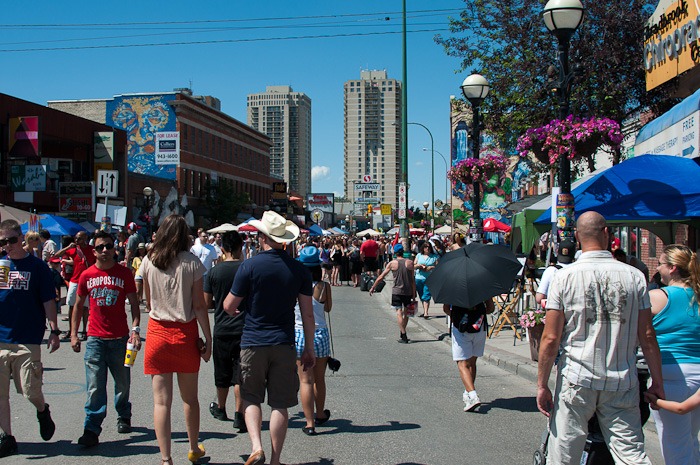 Masses in the street

Despite the heat, the street was full of people. Some drinking, some eating, most just doing nothing or watching the performers, but all having a good time. 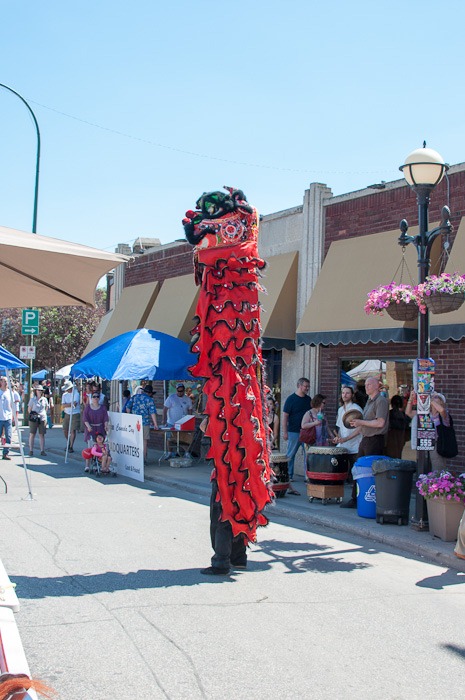 Chinese dragons were also there to amuse the people. The drummers accompanying the dragon, on the other hand, didn’t seem too enchanted by either the performance or the heat. Better not show a close-up of them… 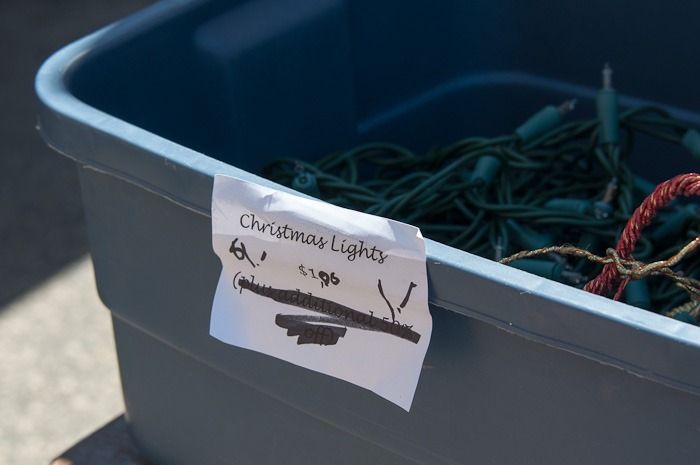 And if the heat were just an idea and nothing more, some people simply directed the thoughts of sweat and heat to other, more “Winnipeg-like” things, like… Christmas lights?!? Please, not yet! 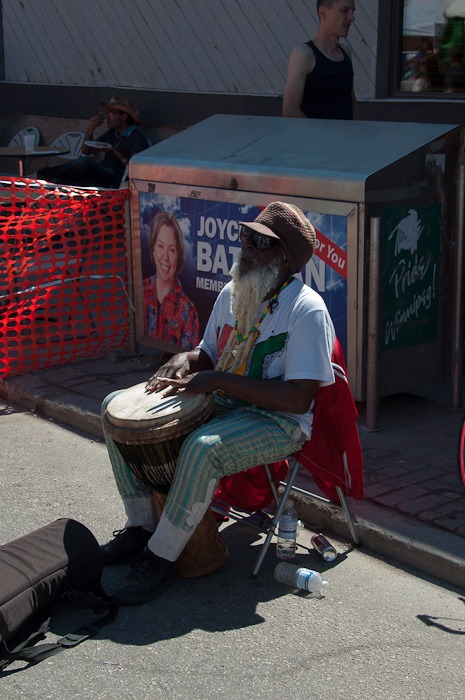 Some people were just untiring and continued to play their drums, sunshine or not. 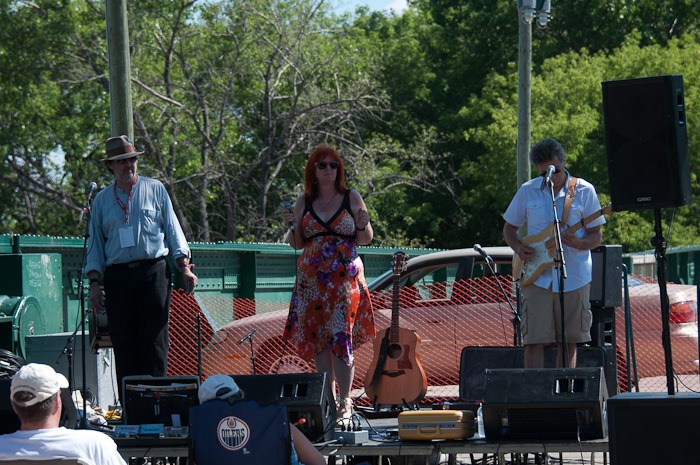 Performance on the old train bridge

After Osborne Village we decided to go to The Forks to see what was going on. Lots of activity there too, but really too hot to go outside and take photos of everything. More than once I had to clean my glasses from sweat running over them.

The bands were playing, but they too, had decided to find some shade to play in. Staying in the burning sun for prolonged periods of time was not recommended. 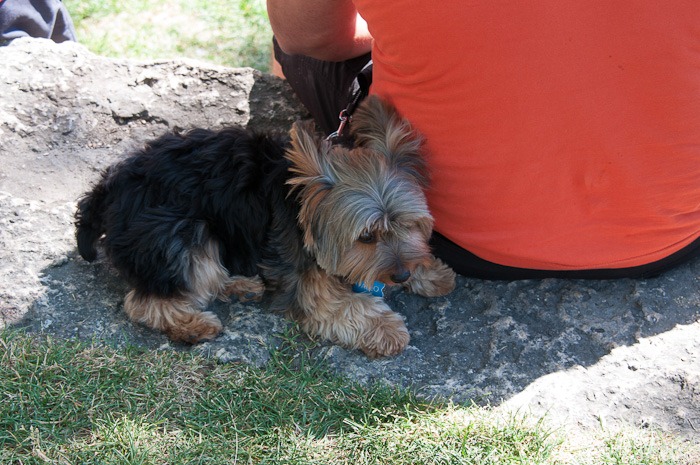 All creatures, great and small need a place in the shade

Others just took the shade wherever they could find it. 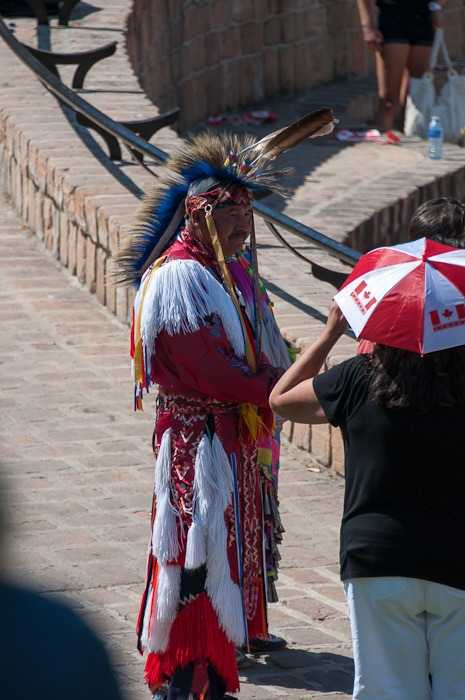 Unbothered by the heat

Some traditionally  dressed First Nations on the other hand didn’t seem to be bothered at all by the heat, despite their hot looking clothes. 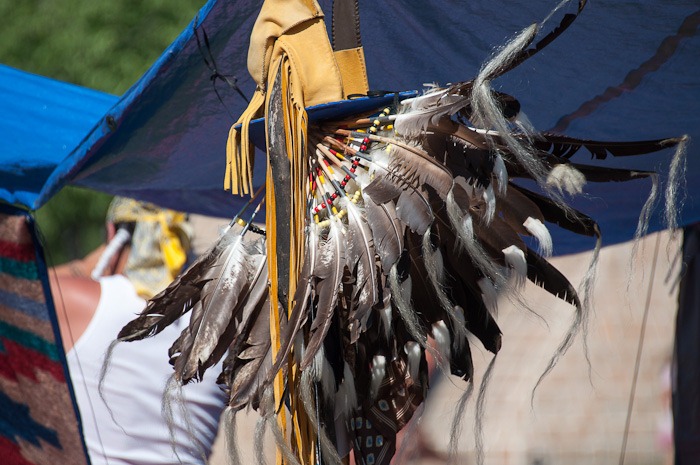 Feathers of a kind, birds of a feather?

Some others just hung up their feathers and called it a day. 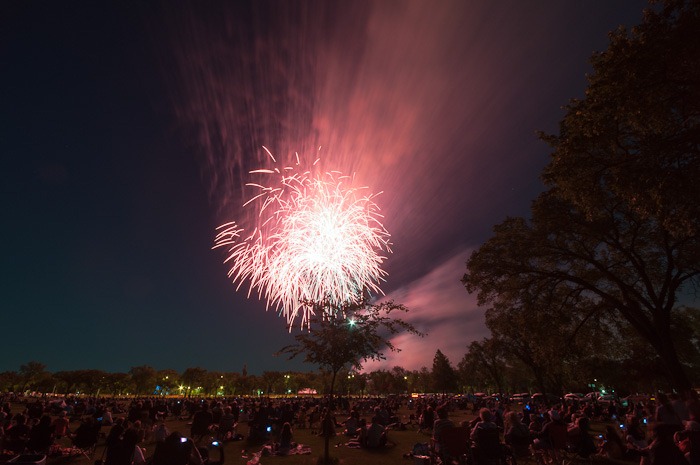 Fireworks in the Assiniboine Park

Canada Day cannot be finished without a decent Fireworks show. This year I decided to go to the Assiniboine Park instead of the Forks. The show was quite different from what I had seen before (here and here) but spectacular nonetheless.

And so ended another Canada Day Celebration, my third one in this country. May there be many more to come!