To the Devils Punchbowl

In southern Manitoba there is a desert. It’s not a real desert according to international standards, but it’s pretty dry year-round. Only in winter does it see some moisture. That’s also what disqualifies it from being a real desert. 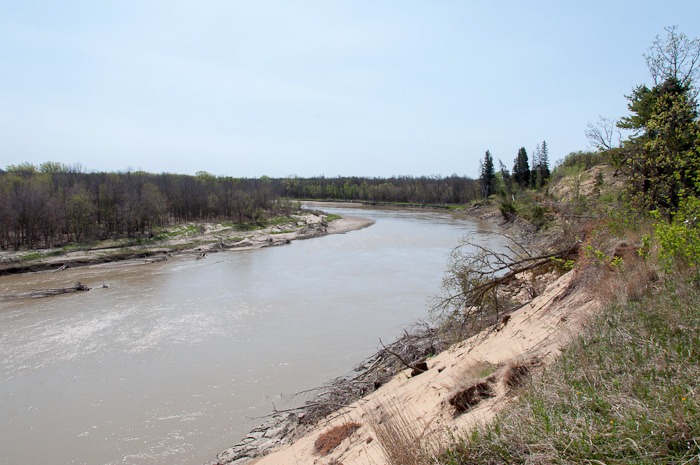 On the far end of the Spirit Sands there is a spring with fresh water, flowing eventually into the river pictured above.

It’s not often you can see the Assiniboine River from this high up in the province. Manitoba as an ancient seabed is mostly flat. 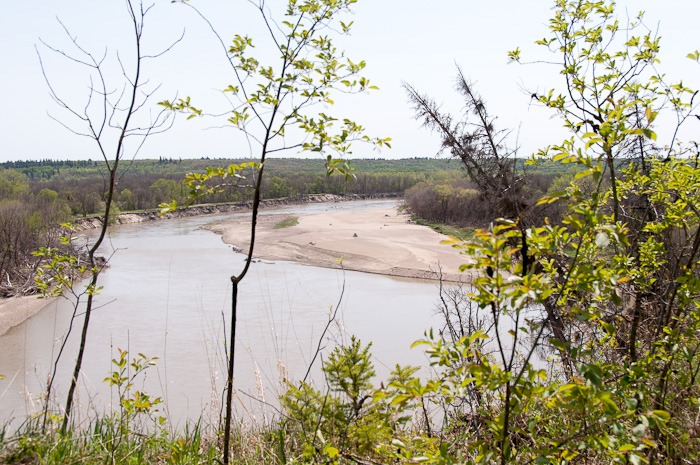 A few days ago we took off to the Spirit Sands. My GPS started off by sending us over all kinds of unpaved roads. In the end on a simple donkey path. Before this could get too bad for us and the car, which is not a 4x4, we turned back and let the brain do the work instead of the GPS. 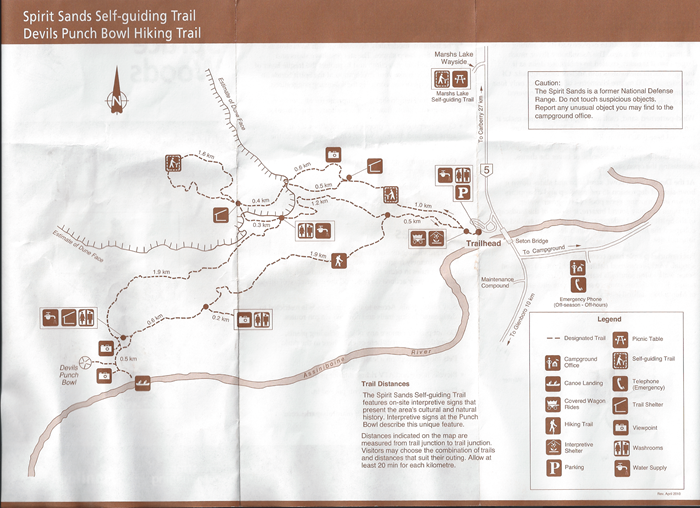 On the parking lot we could get a map of the Spirit Sands in order to be able to follow the trails. Now, if only we had read them and had seen that trails start 500m away and not at the parking lot, we would have had a chance to know where we were. 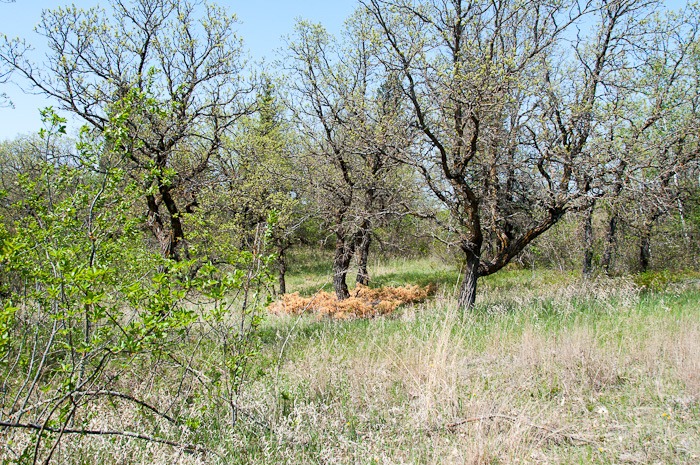 The trails start in a pretty green part of the area, with some inexplicable dead vegetation in patches. Stunted trees with little green make you think of the worst. This time, however, we made sure we had some water and fruits with us. 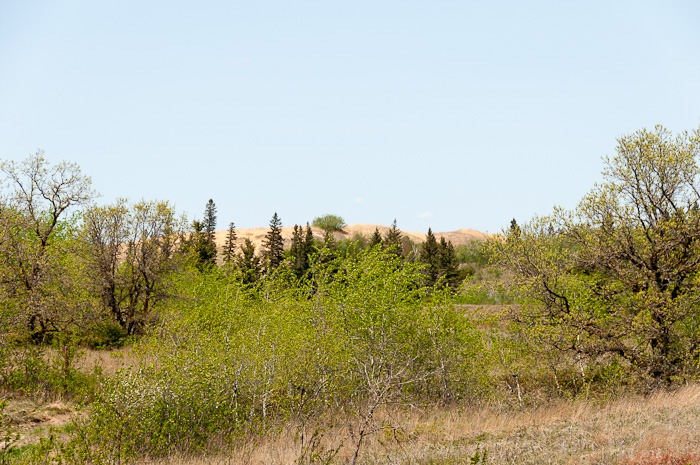 Of course we, again, set off on the wrong path, this one being  some kind of service path instead of a real walking trail. On the horizon we could distinguish the sand dunes, characteristic of the Spirit Sands. 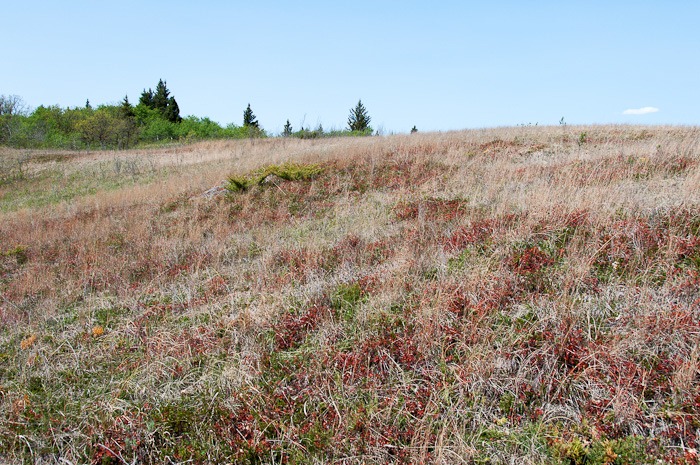 On this side of the area, there was still some vegetation. Vegetation with many different colours and colour shades. All of it being very dry. It’s a miracle this hasn’t gone up in flames yet (touch wood). 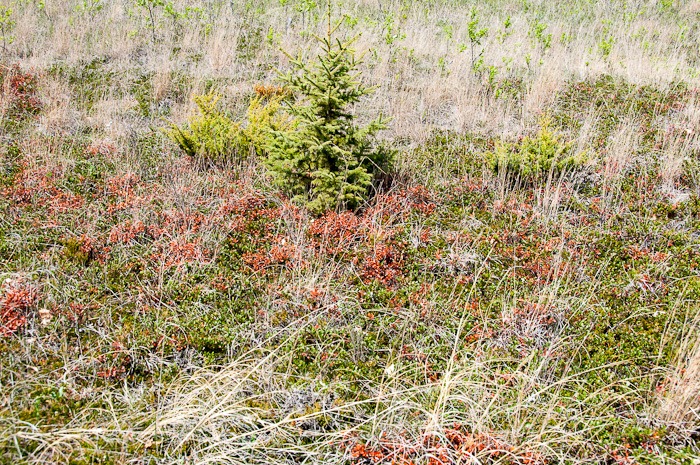 New trees try desperately to get a hold and some of them even seem to succeed. The path was a service road of some kind, therefore it was also not maintained against wood ticks. Hmmm, again I “harvested” half a dozen of them, this time on my bare legs. No pics of those bare legs though, you don’t want to see them, trust me. 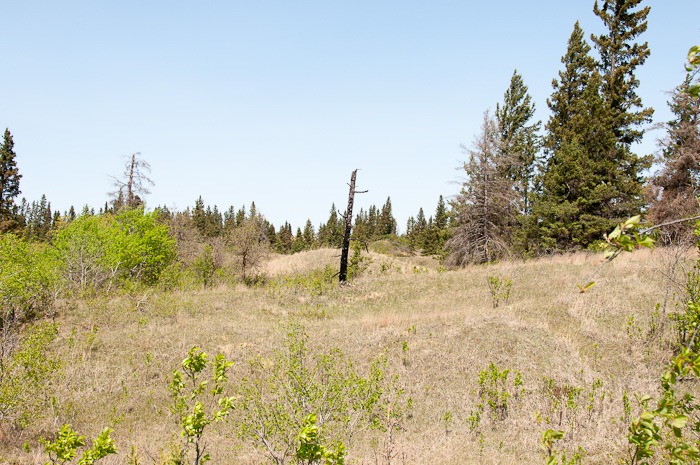 Other trees that had succeeded to grow seem to have been punished by some higher power. No signs of burn around this tree, only this one blackened trunk. 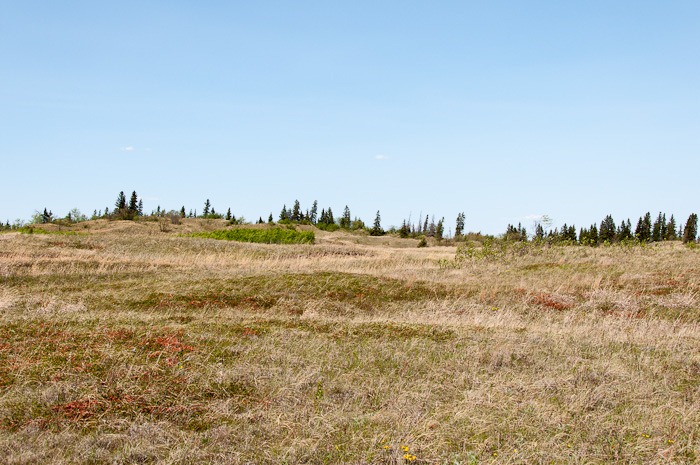 We continued to walk along the service trail when we crossed a “real” trail. Nicely groomed and free of ticks, unless you wandered off into the grass. So, we took the trail. And turned around after about 500m. This could not be the trail we were looking for, it went straight into some woods, with no sign of dunes, sand or desert. 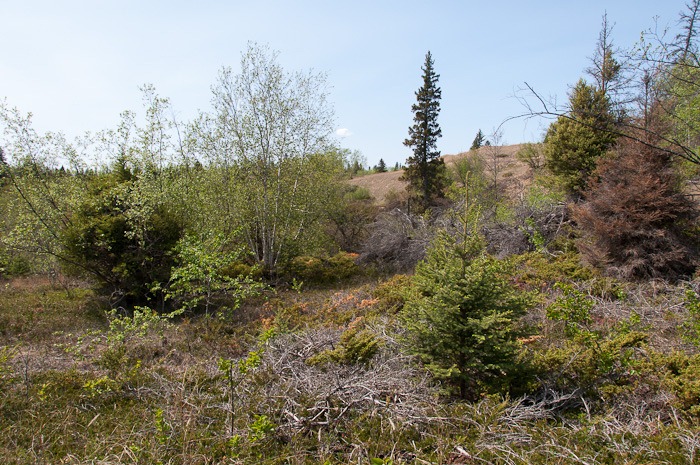 After a few hundred meters further on the service trail, we saw the signs that we were hoping for, only way sooner than expected. Signs with a camera (hmmm, camera) for a great view and the name “Punch bowl”. 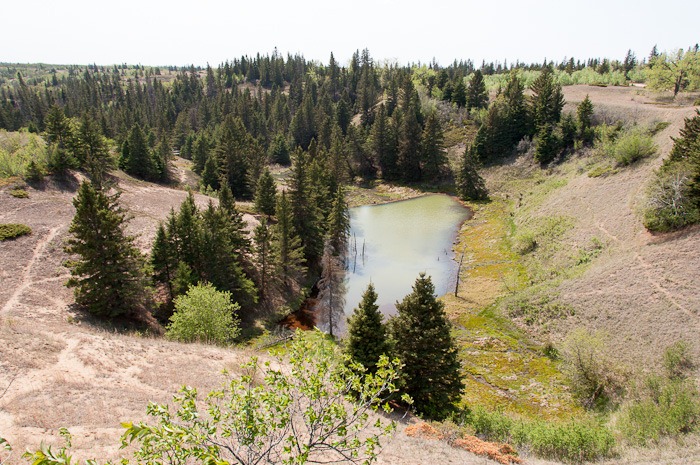 A hundred metres away we got the above view of the “Devils Punch Bowl”. The bowl is the result of an underground spring. The water that seeps though the sand in the area is blocked by a huge layer of un-impregnable clay. The water there accumulates and starts carrying away the loose sand. The sand is then deposited in the nearby Assiniboine River. The result is a hole in the sandy surface of the desert, with, at the bottom, a greenish eerie looking lake. It is obvious that walking/hiking/doing whatever on these sandy slopes is highly dangerous. Once at the bottom there would be no way out. 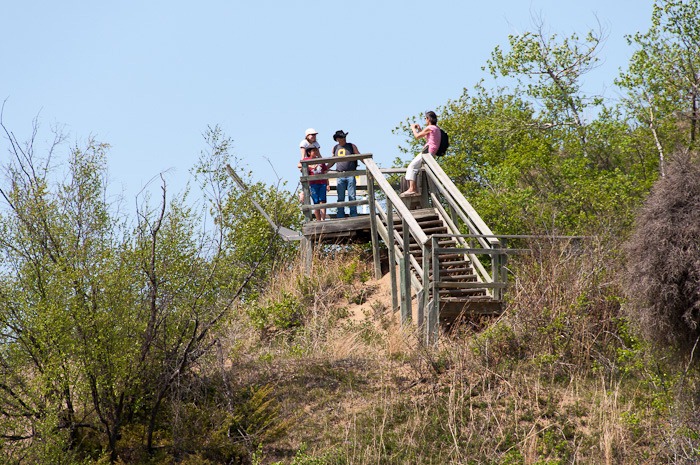 Leaning towards the water below

Everything will eventually end up in that water. The lookout deck already starts sagging toward the pit. Sooner or later it will have to be rebuilt in a different spot.

Now that we have arrived at the Devils Punch Bowl, there will be more to come on the way back…